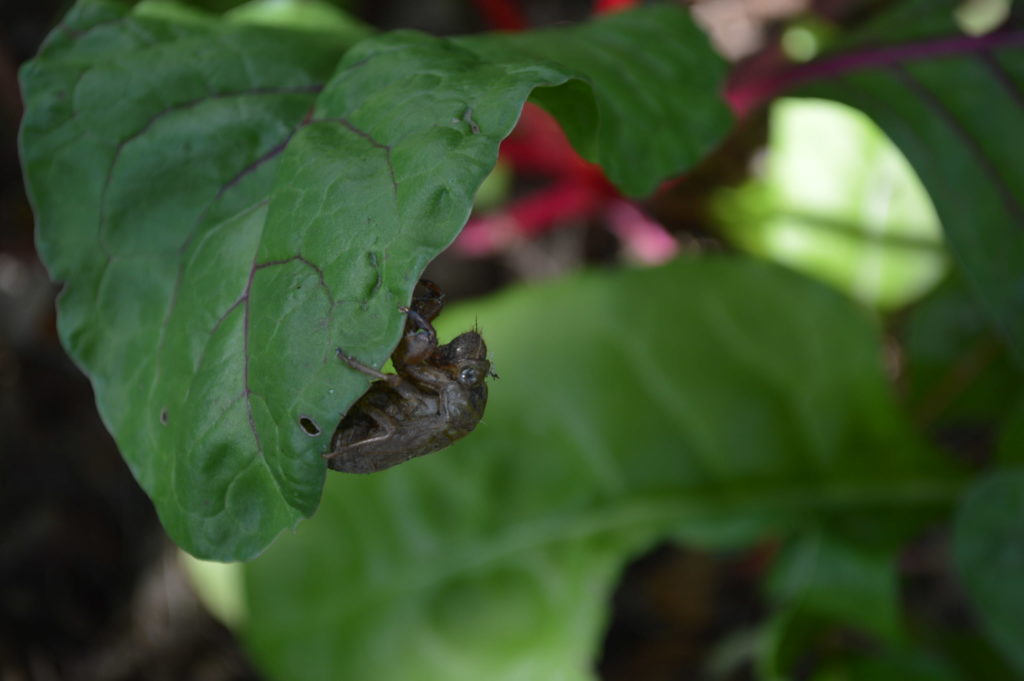 A cicada shell is left behind on a leaf of Swiss chard in Cedar Rapids, Iowa. (photo/Cindy Hadish)

The buzzing of cicadas provides the quintessential sounds of a midsummer’s night in Iowa.

A bulk of periodical cicadas, which emerge en masse every 17 years, is scheduled to make an appearance in Iowa again in 2031, but annual cicadas can be heard every summer in many parts of the state.

Lewis adds that the insects are harmless; they don’t damage crops or gardens and don’t bite or sting.

Related: what do lightning bugs eat

According to Iowa State University Extension, during the emergence of periodical cicadas, up to 1.5 million can crowd into a single acre of woodland and up to 40,000 in a single tree, creating an almost deafening sound. 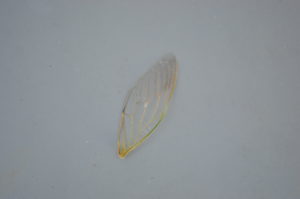 Cicada wings are mostly clear and about 1½ to 2 inches long. (photo/Cindy Hadish)

Cicada nymphs dig their way out of the soil and climb up tree trunks, posts and poles. The outer shell of the nymph splits along the middle of the back, and the winged adult emerges in about an hour.

Though large — about 2 inches long, with prominent compound eyes set wide apart and mostly clear wings — adult cicadas are rather elusive, spending much of their time high up in trees, but their telltale shells can often be found at the base of the tree.

The adults live about six weeks to mate and lay eggs. Their offspring burrow into the ground, where they feed on sap from tree roots.

Periodical cicadas last emerged in Iowa in 2014, making an appearance in about 45 central, south central and southeast Iowa counties. Lewis notes that their 17-year life cycle makes them among the longest-lived insects in the world.