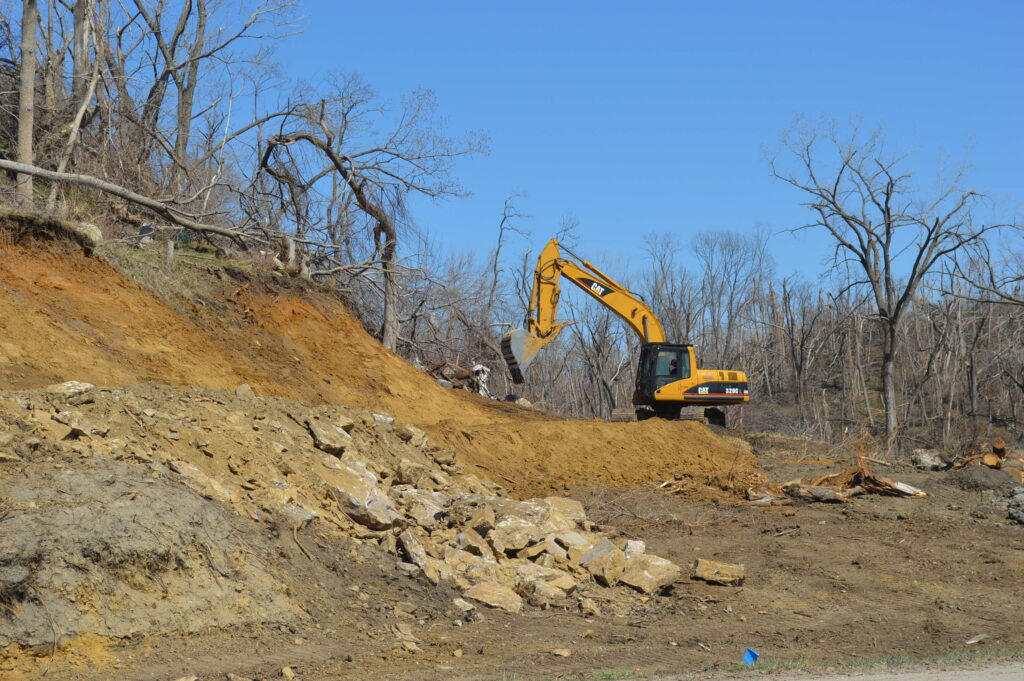 Trees and other vegetation are removed along Otis Road SE, across from the Cargill plant in Cedar Rapids, Iowa. The project is separate from Cargill’s plans to build an industrial railyard in a floodplain. (photo/Cindy Hadish)

CEDAR RAPIDS — Residents of a neighborhood where Cargill plans to build an industrial railyard hold out hope for one last chance to stop the destruction of a prairie before construction in the floodplain begins.

The Cedar Rapids City Council will vote on several resolutions at its meeting at noon Tuesday, April 13, 2021, related to the ag giant’s plans. 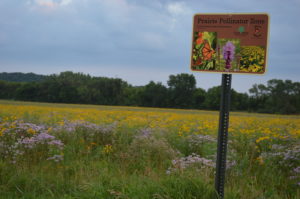 All of the resolutions were placed on the council’s “consent agenda,” items considered routine that are approved in just one motion and not subject to discussion unless a council member requests a measure be considered separately.

Cargill said it plans to begin construction this month on a 200-car, 12-track rail yard on a 28-acre property on Stewart Road SE, currently designated as a “Prairie Pollinator Zone.” Cargill’s corn milling plant on Otis Road SE is nearly 2 miles away from the property.

The land, which sits in the floodplain, is located near the modest-income Rompot neighborhood, which was hit particularly hard during the 2008 flood and again, during last summer’s hurricane-strength derecho.

Despite concerns about the environment, noise, drop in property values and other issues raised by Rompot residents and users of the neighboring Prairie Park Fishery, the Council approved rezoning in December 2019 to allow Cargill to build the railyard on city-owned land and to rezone the floodplain site from suburban residential large lot to general industrial. 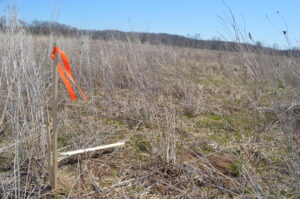 A flag marks the field in April 2021 where Cargill plans to build an industrial railyard in a residential neighborhood. (photo/Cindy Hadish)

The Prairie Park Fishery, an area touted by Cedar Rapids for its fishing and trails used by hikers, bicyclists and bird watchers, is next to the field where Cargill intends to build the railyard.

One area resident noted that the pollinator zone could be home to the rusty patched bumblebee, the first bee species in the United States to be placed on the endangered species list, but it is unknown if a study had been conducted to determine its status there. 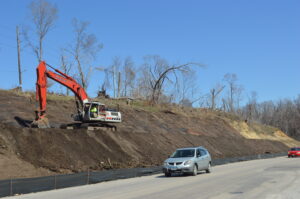 In a separate project, even as trees in the entire city were devastated in the August 2020 derecho, tree removals continued along Otis Road SE in recent weeks, across from the Cargill plant.

City Arborist Todd Fagan said the clearing is “phase two” of work done last year to correct erosion issues and facilitate repairs on a sanitary sewer in the area. “The majority of trees were removed along the footprint of the future levee and the sewer needs to be repaired prior to its construction since the levee will pass over the sewer line,” he wrote in an email. “Given the nature of levees and flood control, no replacement trees are planned for the area.”

Phase two of the project involves additional repairs and erosion mitigation for the sewer line, resulting in more tree removals further into the native area, somewhat perpendicular to the levee, Fagan noted.

Consent agenda items related to Cargill that the council will consider Tuesday include the following: 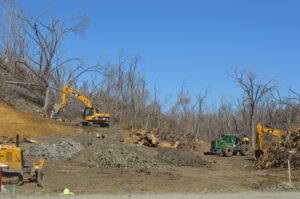 — Agreement with Cargill Inc. for temporary haul routes near the intersection of Stewart Road and Otis Avenue SE in connection with the company’s rail yard project.

— Quit Claim Deed with Cargill, Inc. and accepting an Easement for Sanitary Sewer, Easement for Water Main, and Agreement for Environmental Covenants for the disposition of vacant City-owned property located south of Otis Avenue SE and west of Cole Street SE.

— Easement for Grading and Maintenance of Berm/Buffer Area in the amount of $1 to Cargill, Inc. from a 3.94-acre parcel of vacant City-owned land located southerly of 24th Avenue, Stewart Road and Otis Avenue SE; westerly of Cole Street SE; and northerly of the Cedar River.

— Accepting a Warranty Deed from Cargill, Inc. for vacant property (Lots 2 and 3) located west of Blakely Boulevard SE, south of Otis Avenue SE and north of the Union Pacific Railroad.

Due to the pandemic, Tuesday’s meeting will be held virtually and can be viewed at Facebook.com/CityofCRIowa.

Anyone interested can email written comments to: cityclerk@cedar-rapids.org before 10 a.m. April 13, and those interested in speaking on Zoom during the meeting must register by the same deadline, using the link here.

Phone numbers and emails to contact council members individually can be found at this link.

See photos of the Prairie Pollinator Zone from last summer. 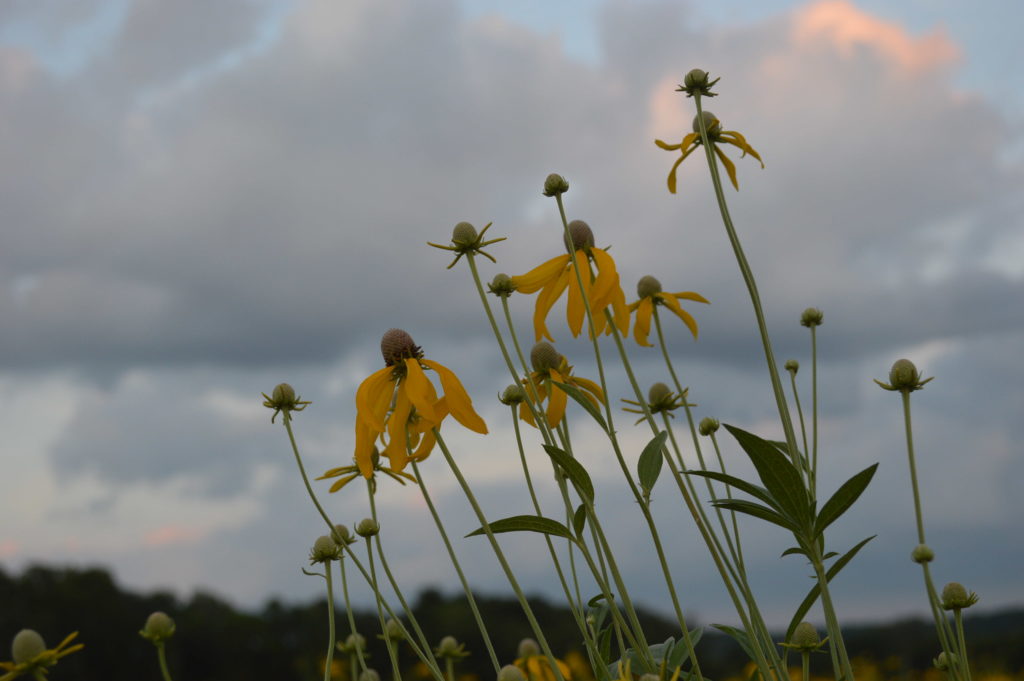