Delete 2020: A year in review that no one wants to see 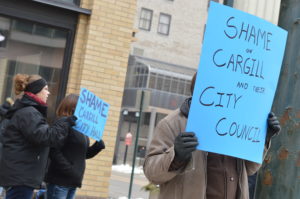 No one can be blamed for wanting to delete 2020.

Instead of looking for the silver lining, let’s just take it for what it was with this look back on the year many of us would like to erase.

The year was already off to a sad start for residents in southeast Cedar Rapids, whose Christmas “gift” from the City Council was voting in favor of ag giant Cargill’s move to build an industrial railyard in their neighborhood.

Residents in January braved the cold to demonstrate against the chairman and CEO of Cargill speaking to the Cedar Rapids Metro Economic Alliance Annual Meeting, where more than 1,000 people were expected to attend. 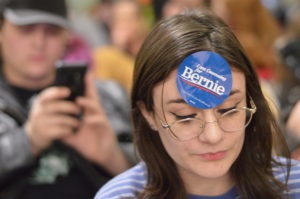 But at least people were allowed to gather together in large groups, which seems so distant and even quaint in this pandemic year.

“Justice for Michelle”: murder trial 40 years in the making ends in guilty verdict 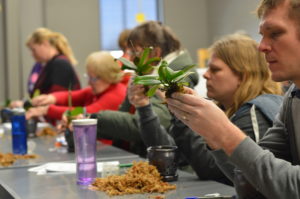 Participants transplant miniature orchids under the direction of Al Pierson on Feb. 15, 2020, during the Winter Gardening Fair. (photo/Cindy Hadish)

Another event that seems so long ago, but also happened in February 2020, was the annual Winter Gardening Fair, held for the first time in Hiawatha.

The fair is hosted by the Linn County ISU Extension Master Gardeners.

So, that was about it for 2020 before the coronavirus pandemic changed life as we know it, with governmental leadership that seemed content to sacrifice lives of our most vulnerable in exchange for the “freedom” of not wearing masks or whatever tradeoff was happening behind the scenes.

Iowa reported its first COVID-19 cases and death in March 2020, events were canceled, and bars and restaurants were closed, along with schools.

Iowans also tried to comfort each other in the midst of so much uncertainty. 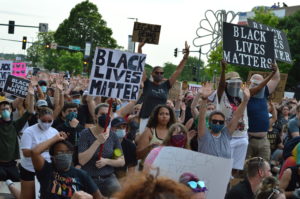 Thousands of demonstrators took to the streets of Cedar Rapids, Iowa, during a peaceful protest on Saturday, June 6, 2020. (photo/Cindy Hadish)

Messages offer hope in signs of the times

And so it continued for much of the rest of 2020, with the pandemic dominating headlines and our daily lives.

April saw more COVID-19 throughout the state, and by May, Iowa’s coronavirus death toll hit 400, and then 500, but even so, Gov. Kim Reynolds began to allow businesses to reopen, in spite of the risks.

In June, as in much of the country, Iowans responded to the death of George Floyd at the hands of Minneapolis police by holding rallies. 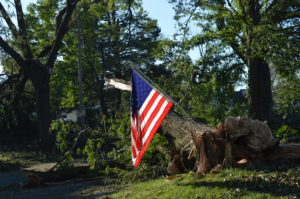 A resident of Longwood Drive in Cedar Rapids placed an American flag in the remains of an uprooted tree following the Aug. 10, 2020 derecho windstorm. (photo/Cindy Hadish)

In July, a judge ruled against the Cedar Rapids neighbors in their dispute over Cargill’s planned railyard, but they vowed to continue.

In August, when someone asked “what more could go wrong,” Iowa found out with an unprecedented derecho, packing hurricane-strength winds of up to 140 mph.

The Cedar Rapids area was hit particularly hard, with an estimated 70 percent of the tree canopy decimated in the storm, which killed three Iowans.

Residents are still picking up the pieces after homes, vehicles and crops were destroyed. 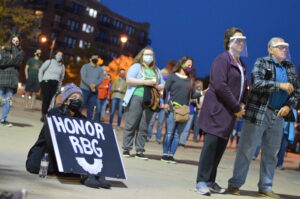 Not to be left out in a year of the plague, tiny “pirate bugs” inflicted their painful, piercing bites as Iowans took to the outdoors in October.

In November, Iowa continued to set records in COVID-19 cases, while deaths skyrocketed, and even hundreds of water fowl met a tragic end in Iowa.

December finally brought a glimmer of hope as the first Iowans were vaccinated against COVID-19.

And while lives for many will never be the same, whether because of the pandemic or other reasons in 2020, the New Year brings new hope, so cheers to a better year in 2021. 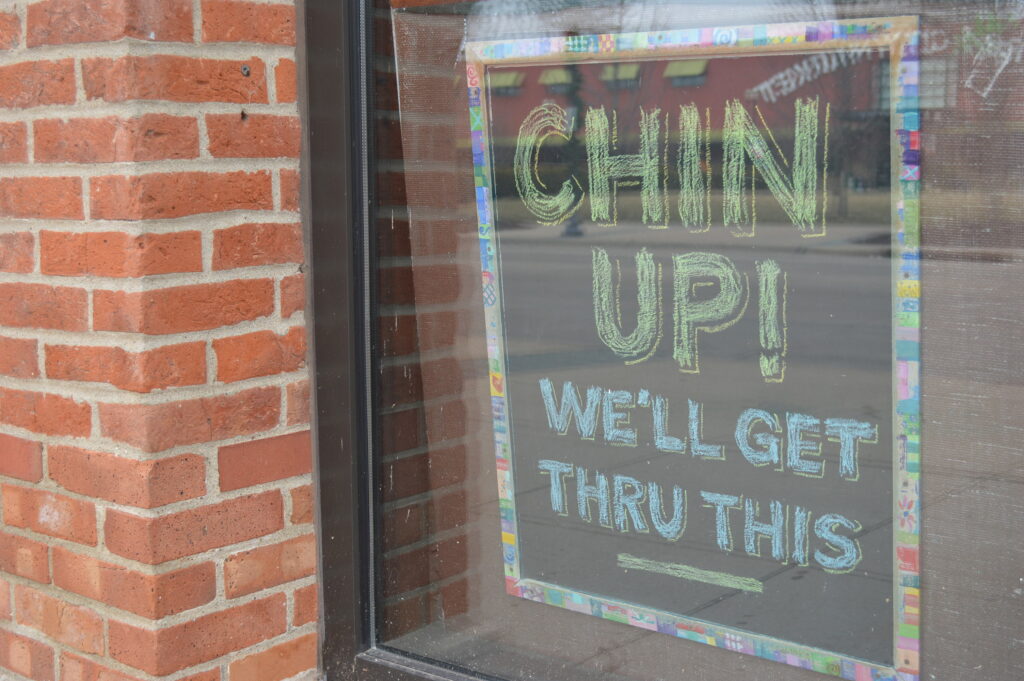