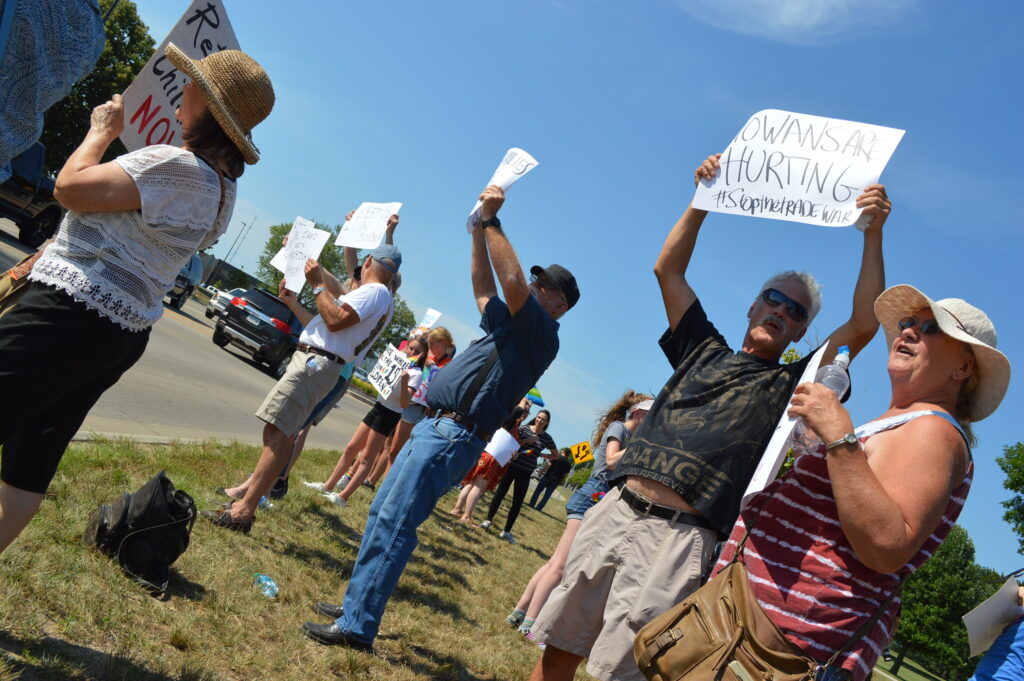 Nearly 100 people stood across the street from the headquarters of the largest employer in the city while Pence, accompanied by U.S. Rep. Rod Blum (R-IA,) spoke to workers inside.

Less than a handful of Blum supporters waved an American flag nearby to show their support of the visit. 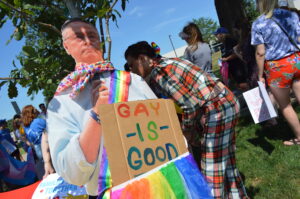 A cardboard cutout of Rep. Rod Blum is set up at Wednesday’s demonstration. (photo/Cindy Hadish)

Pence defended Trump’s tariffs, which have had a negative impact on Iowa farmers in an escalating trade war with China and other countries, and touted the administration’s tax cuts in his address to the employees.

Outside, protesters held signs in support of reproductive and LGBTQ rights and asked where the children are, in response to the Trump administration’s policy to separate children from their parents at U.S. borders.

NextGen Iowa and Indivisible Iowa hosted the rally, with speakers noting that Iowans need to vote in November to reverse the administration’s policies.

Protesters chanted, “We’ll remember in November,” and “Peace not Pence,” while motorists honked their support. The demonstration remained peaceful and the only roads that were blocked were by police as the entourage carrying Pence and Blum left Rockwell, at Blairs Ferry Road and C Avenue NE.

Pence was expected to campaign with Blum, but no appearances were planned that were open to the public. 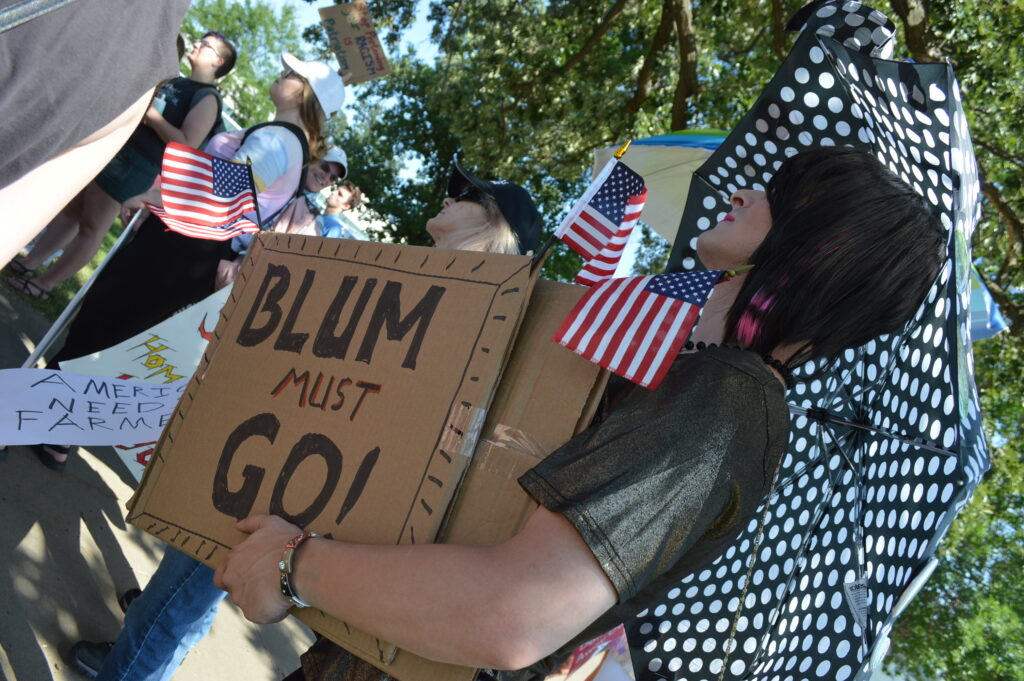 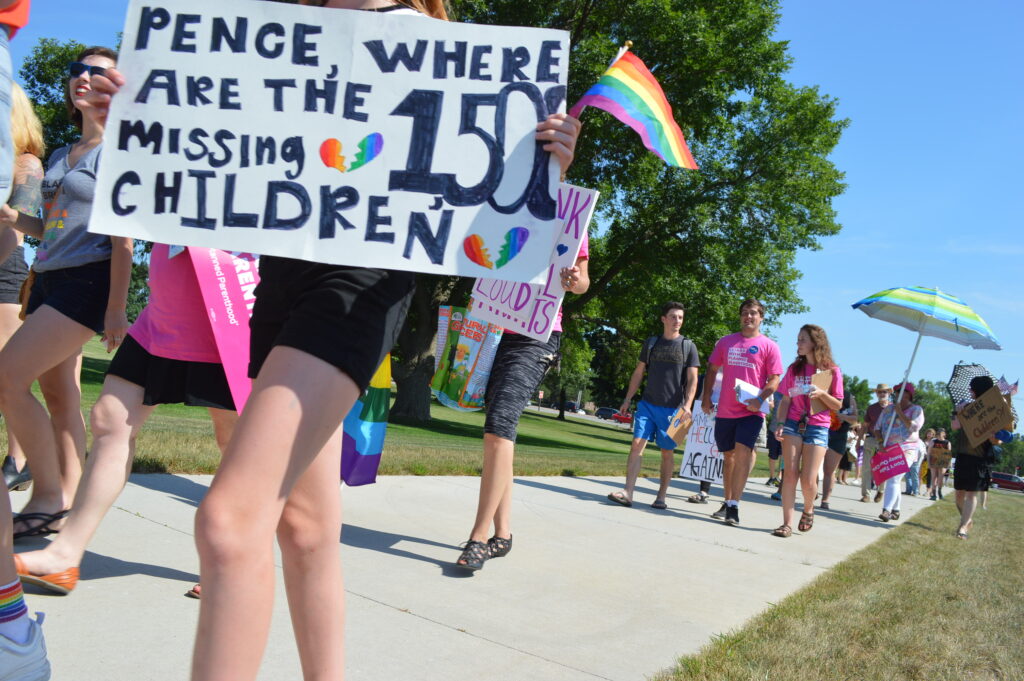 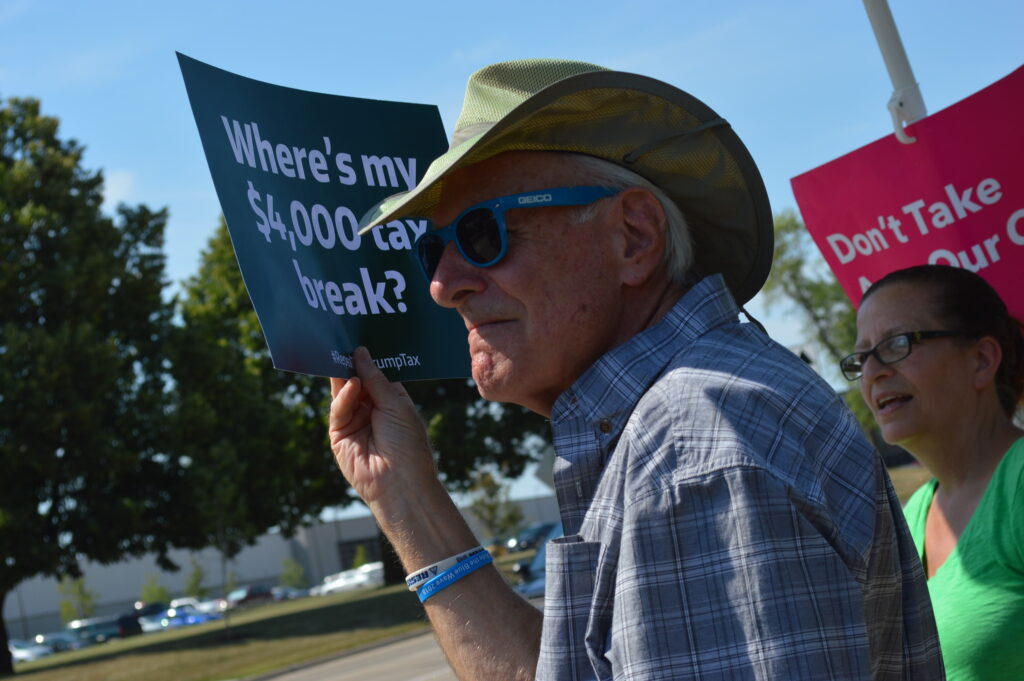 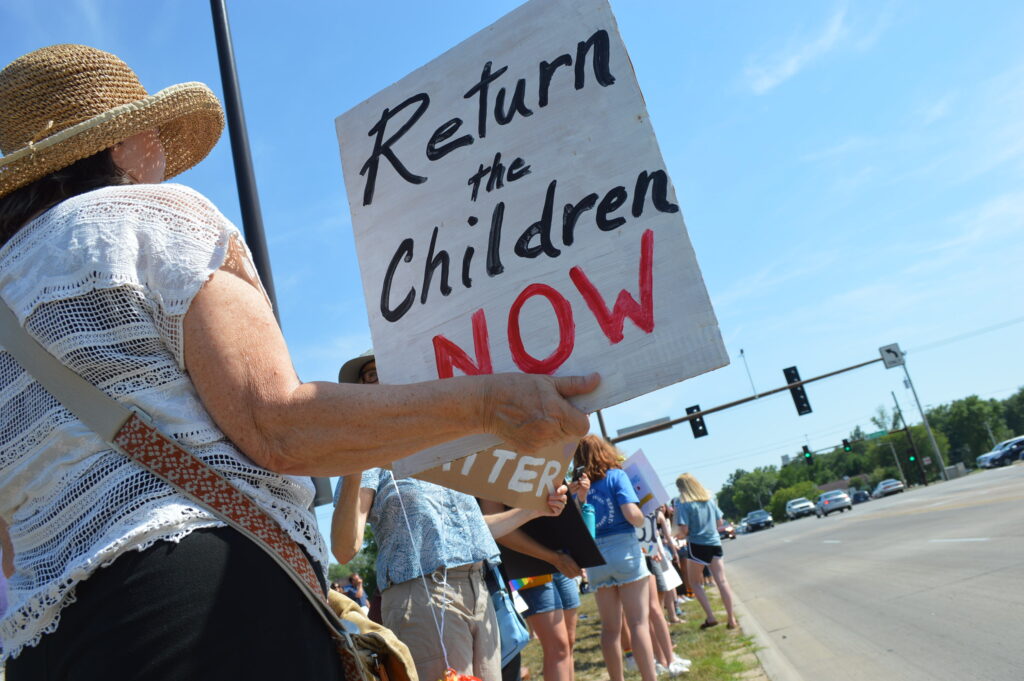 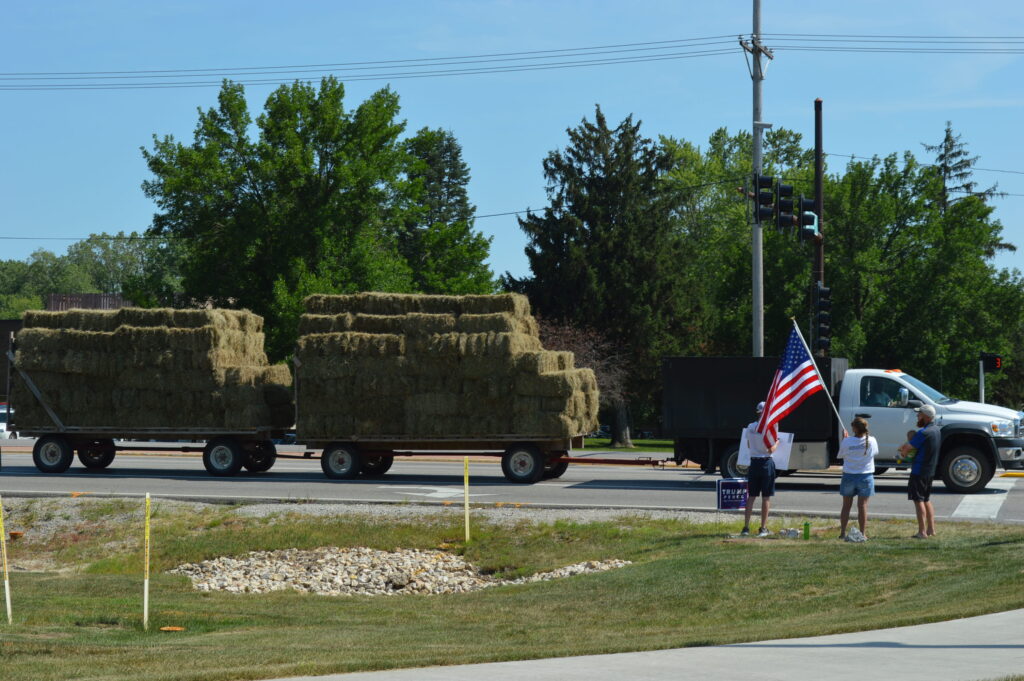 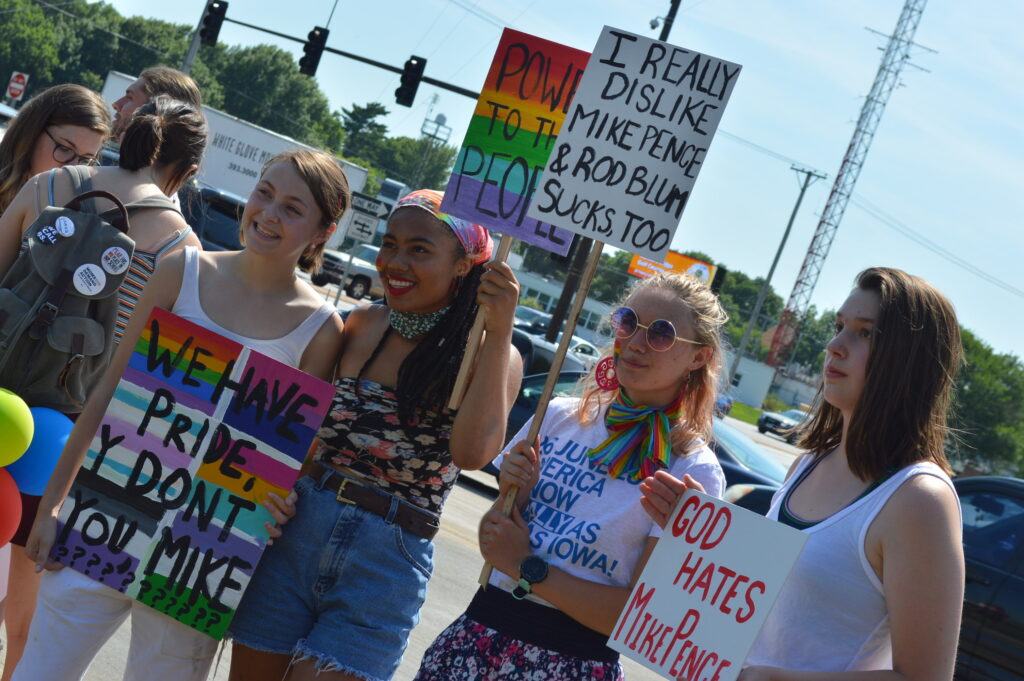 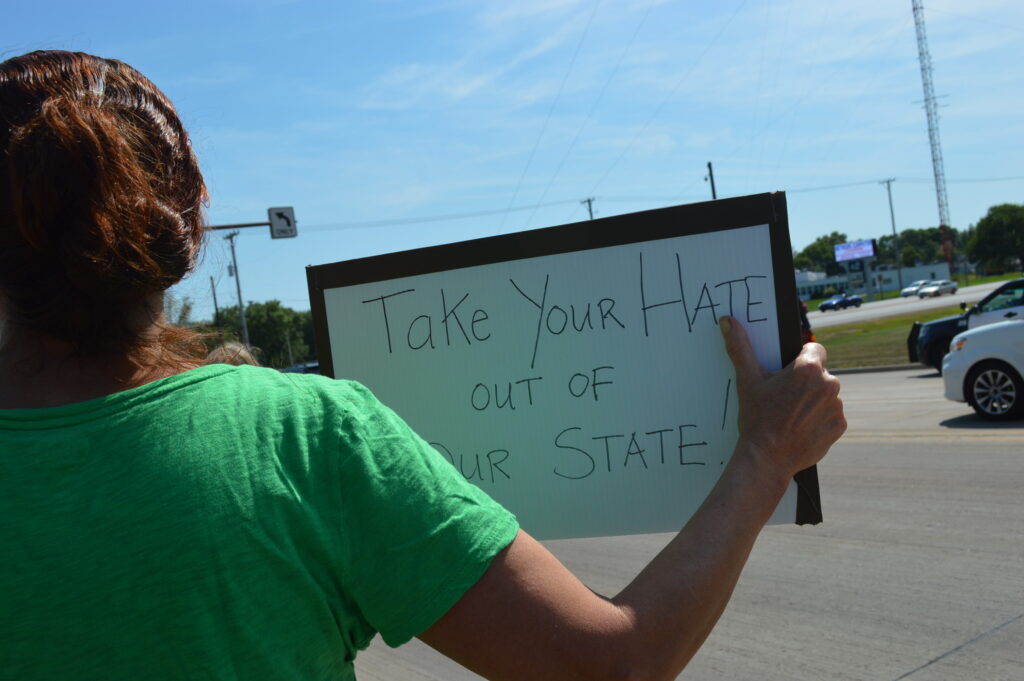 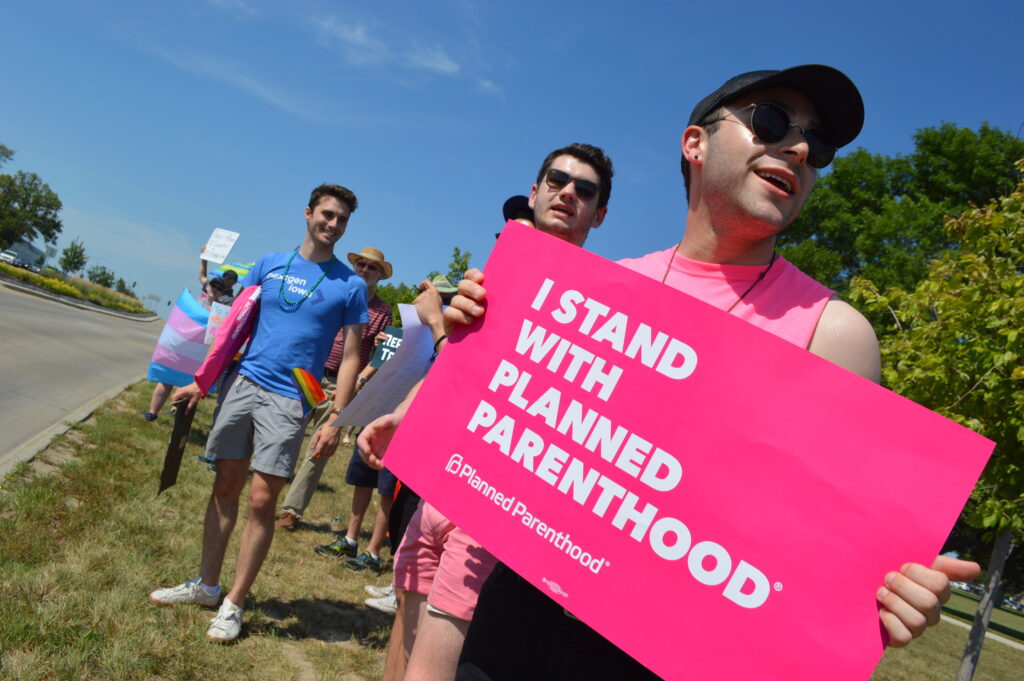 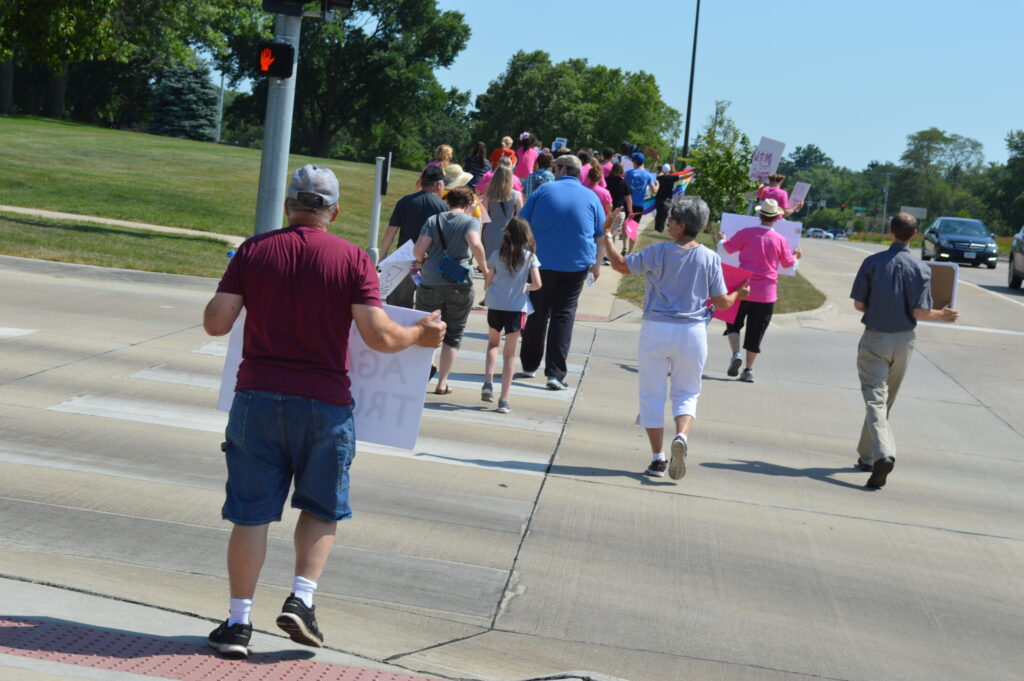 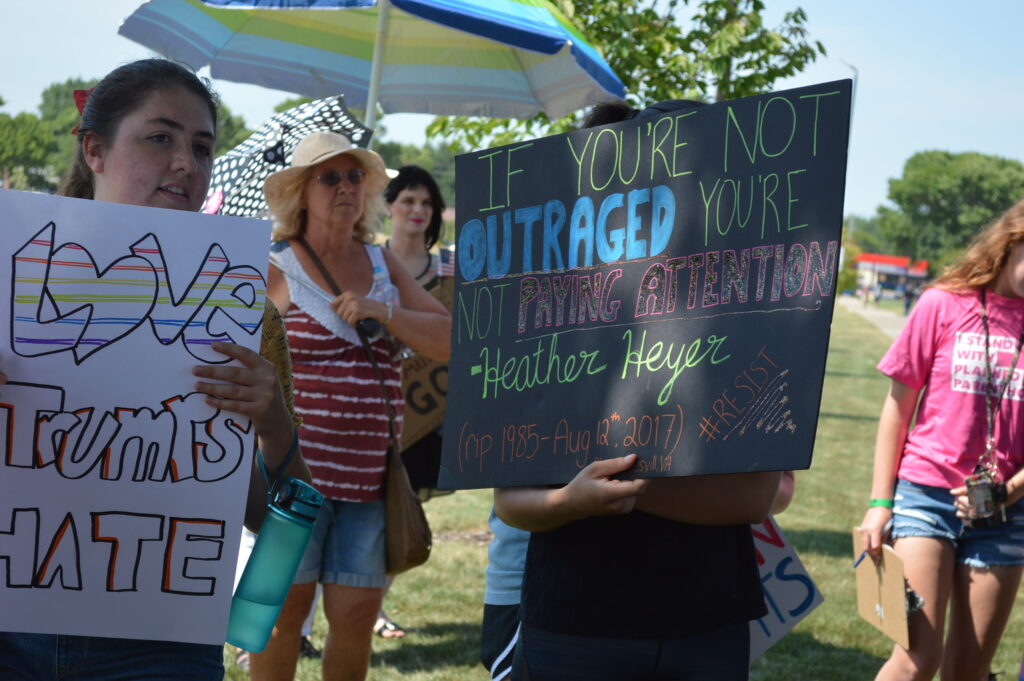 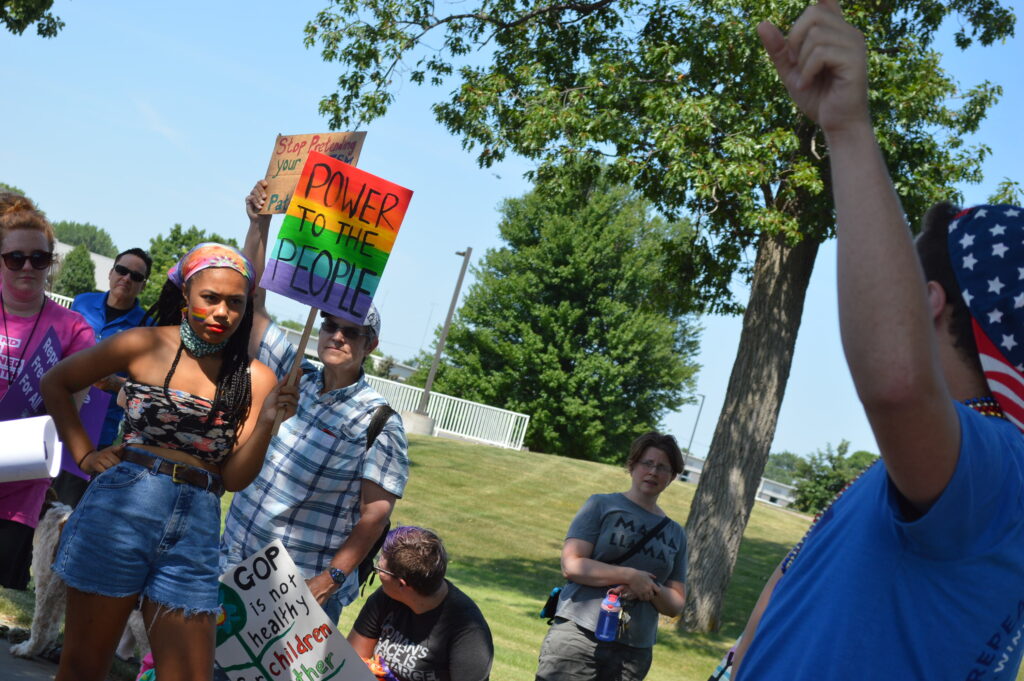 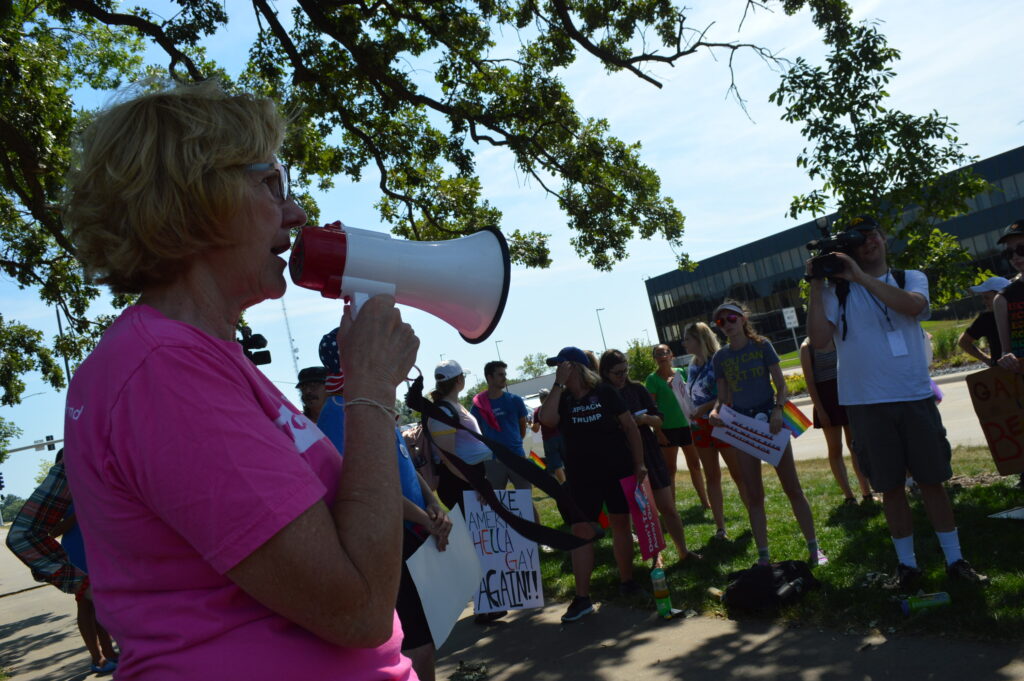 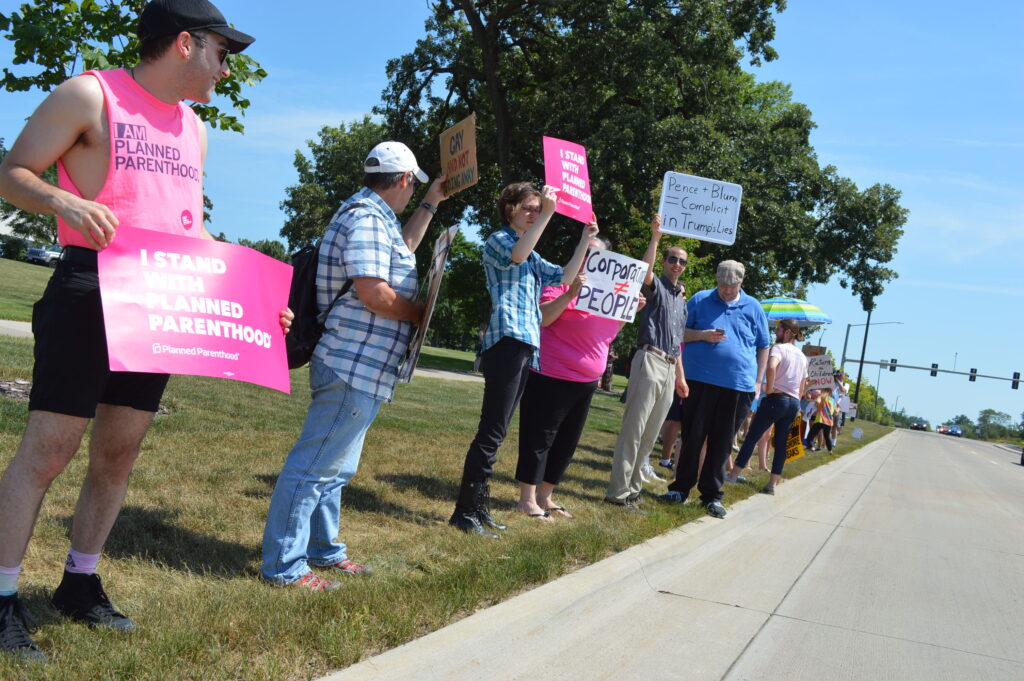 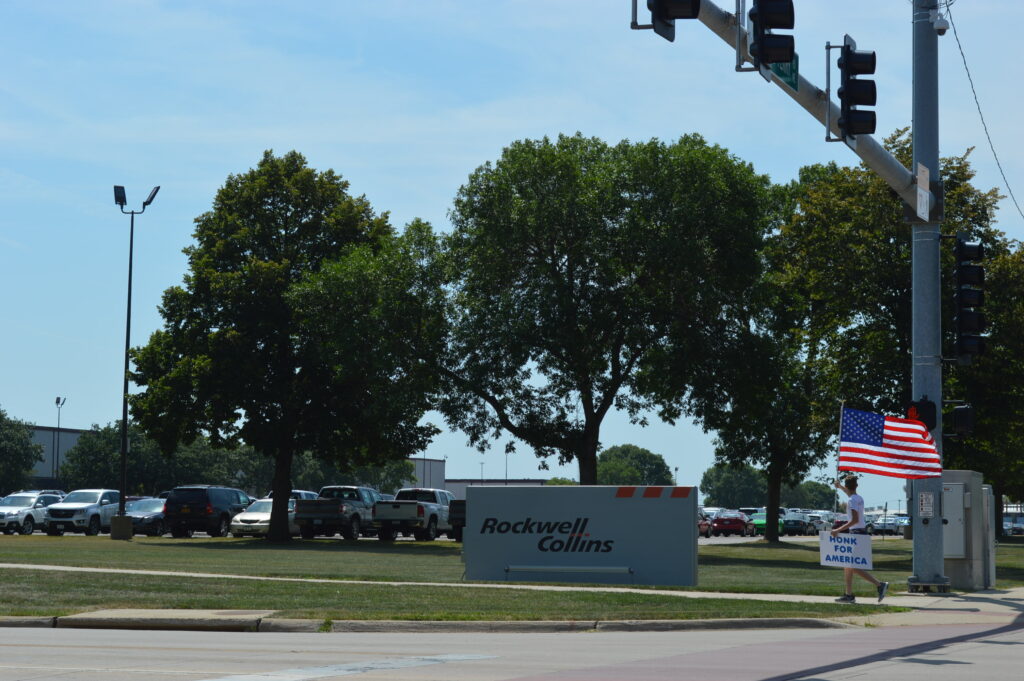 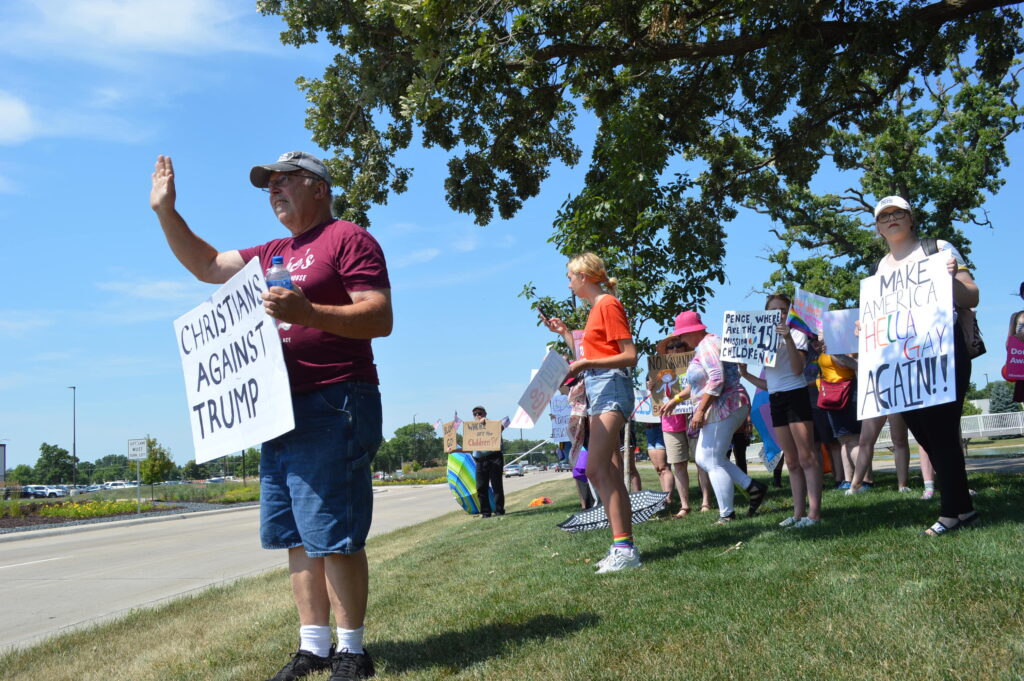 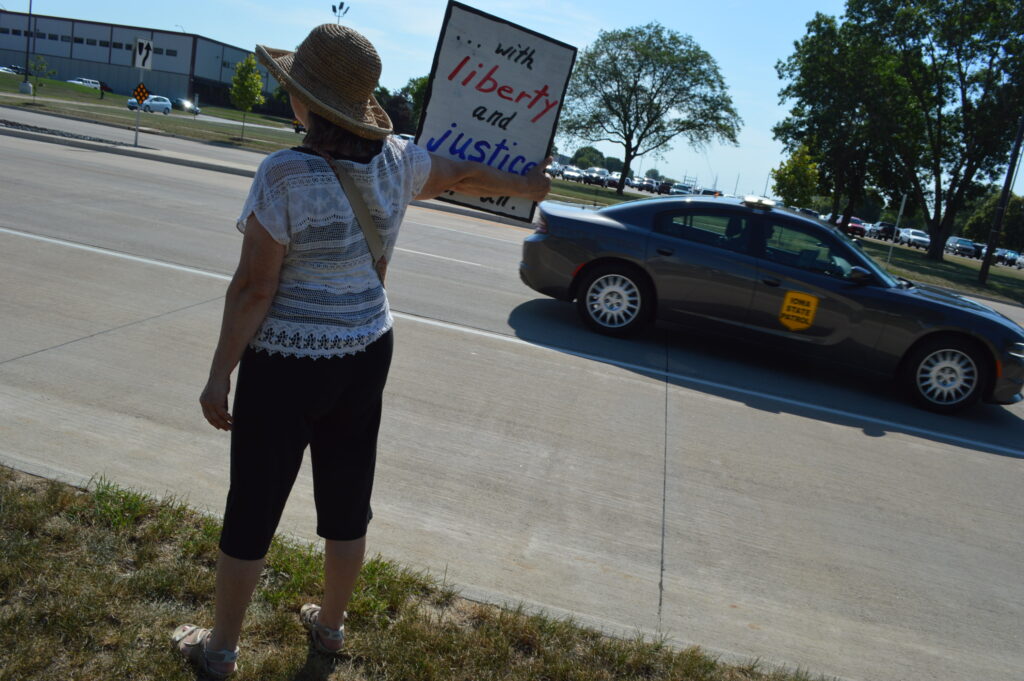 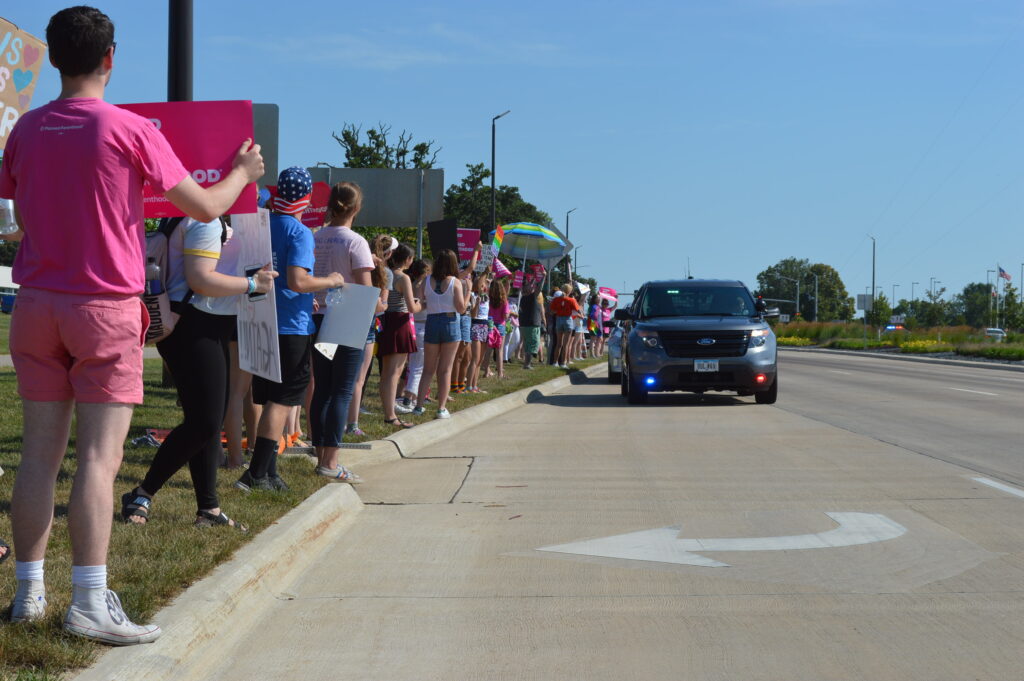 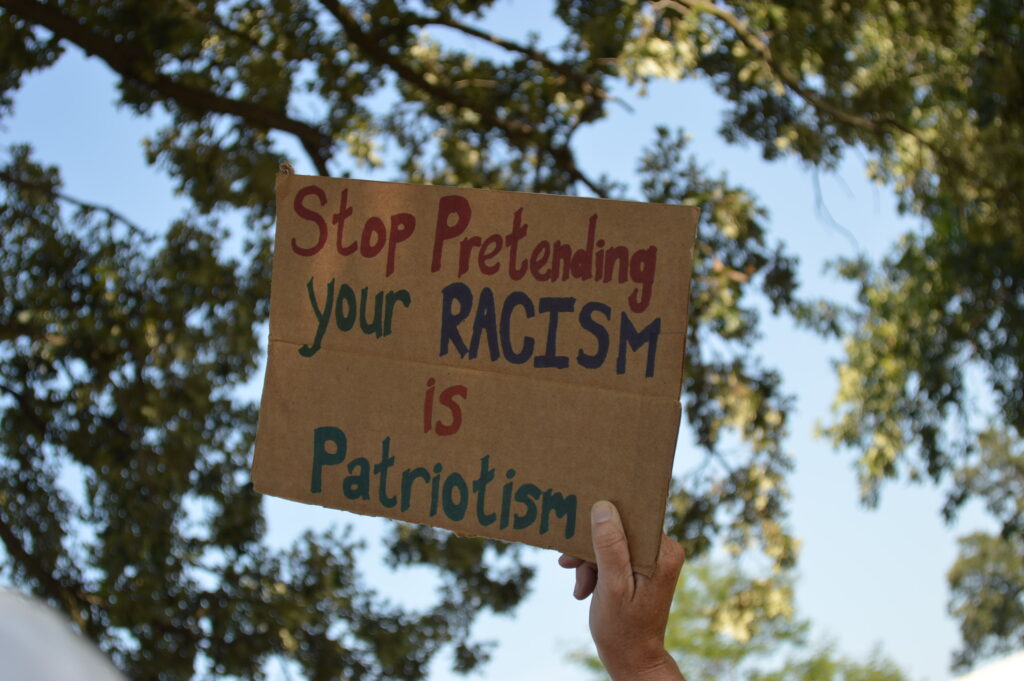 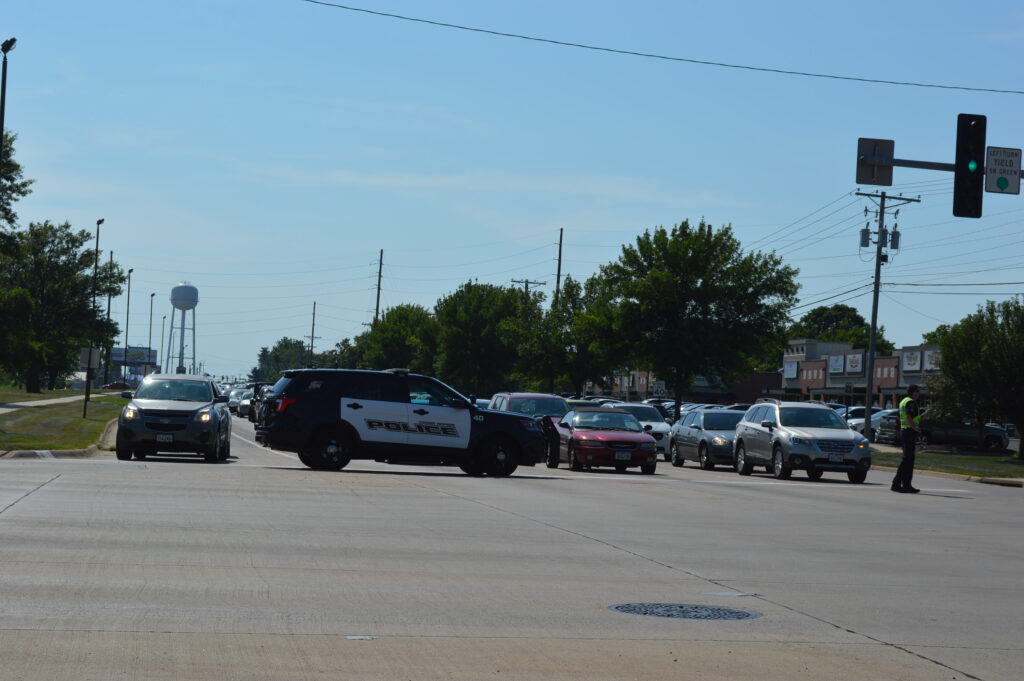 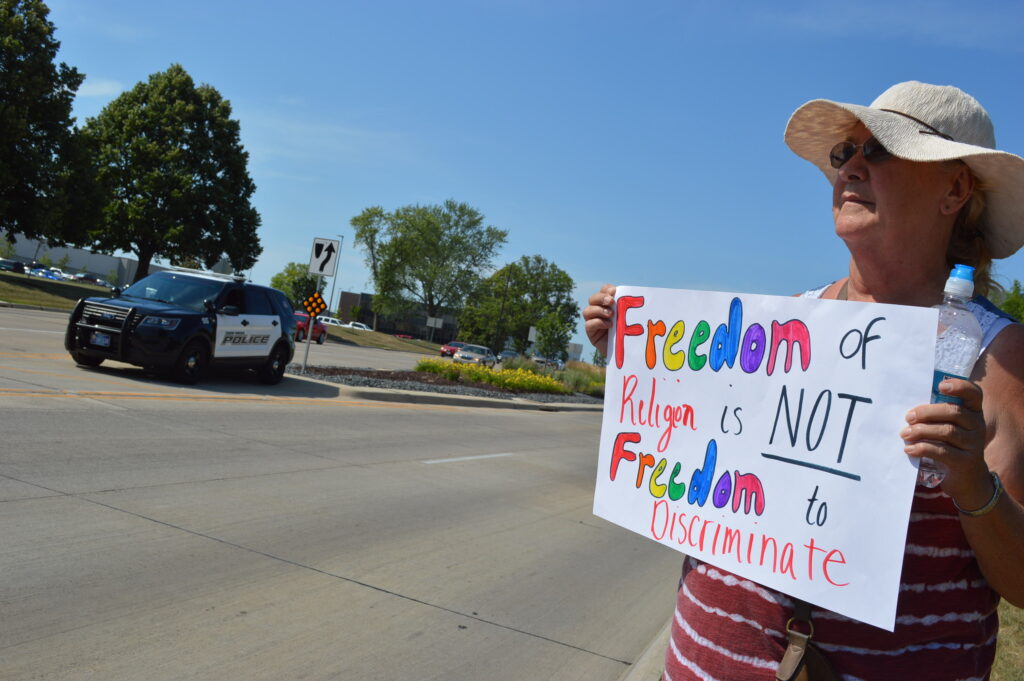 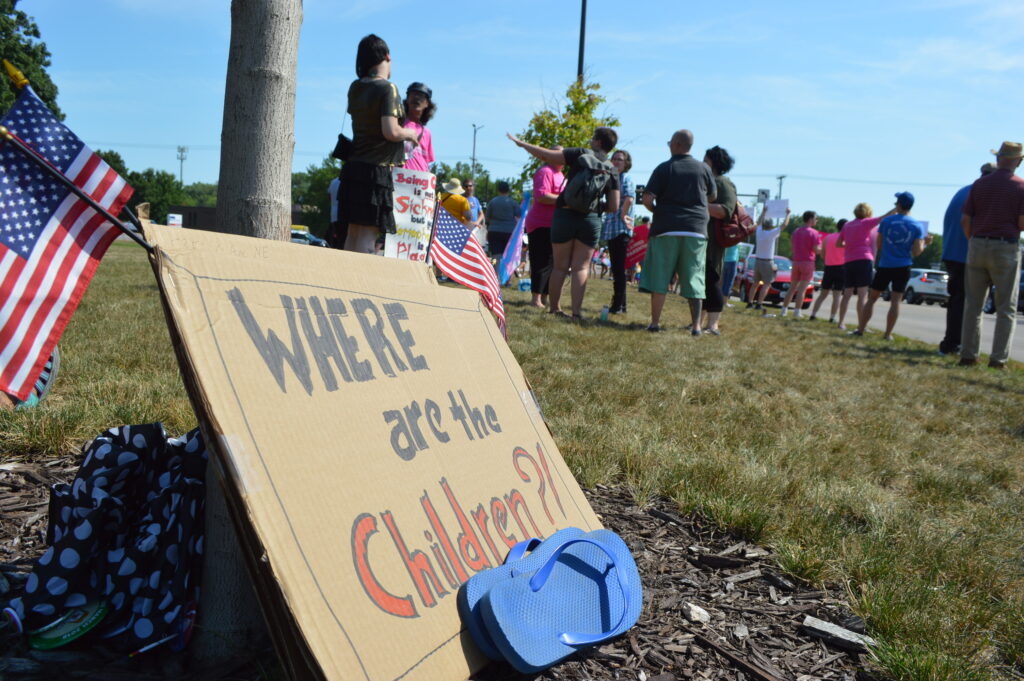 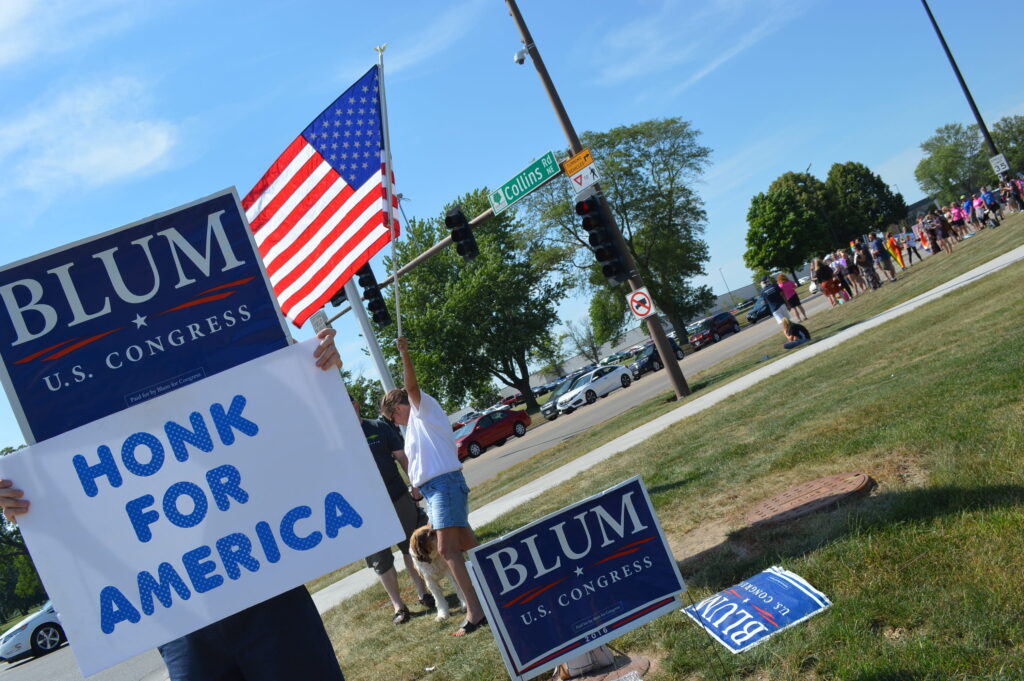 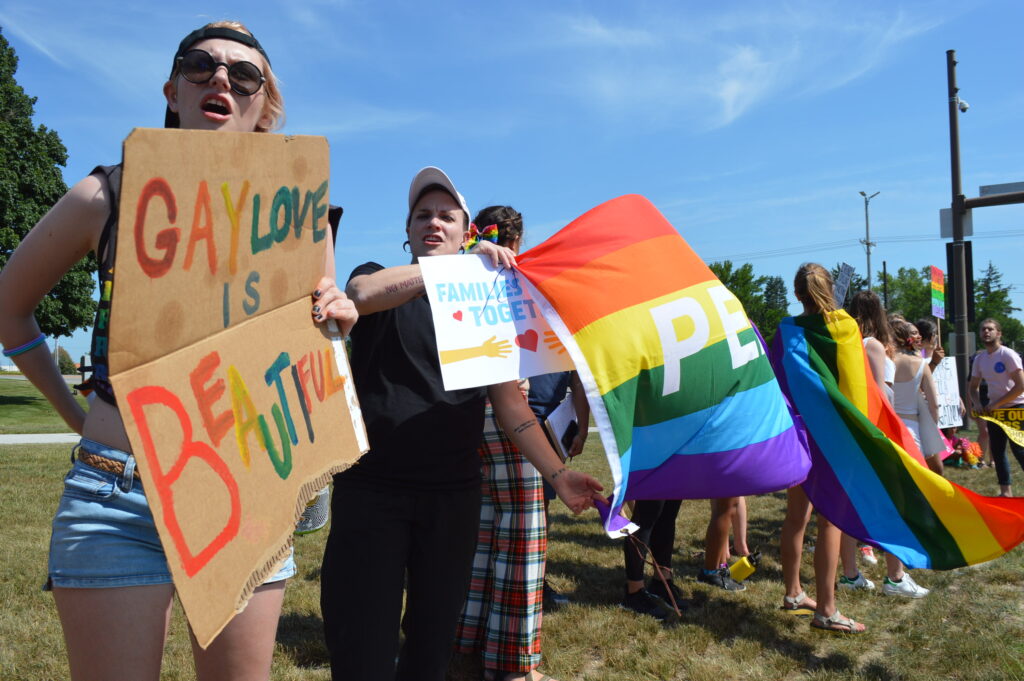 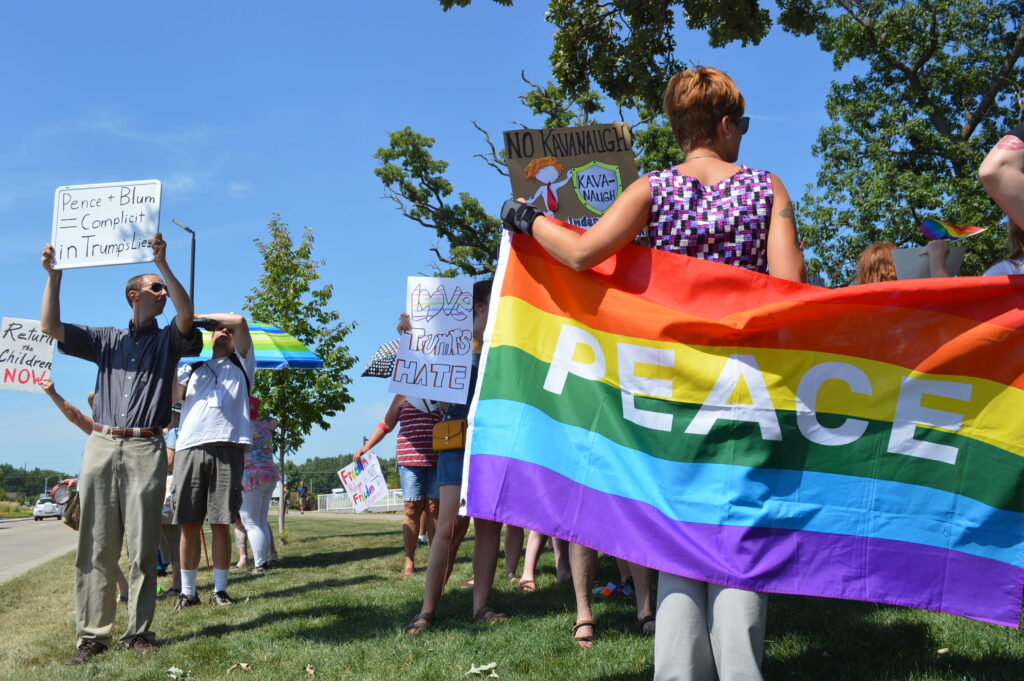 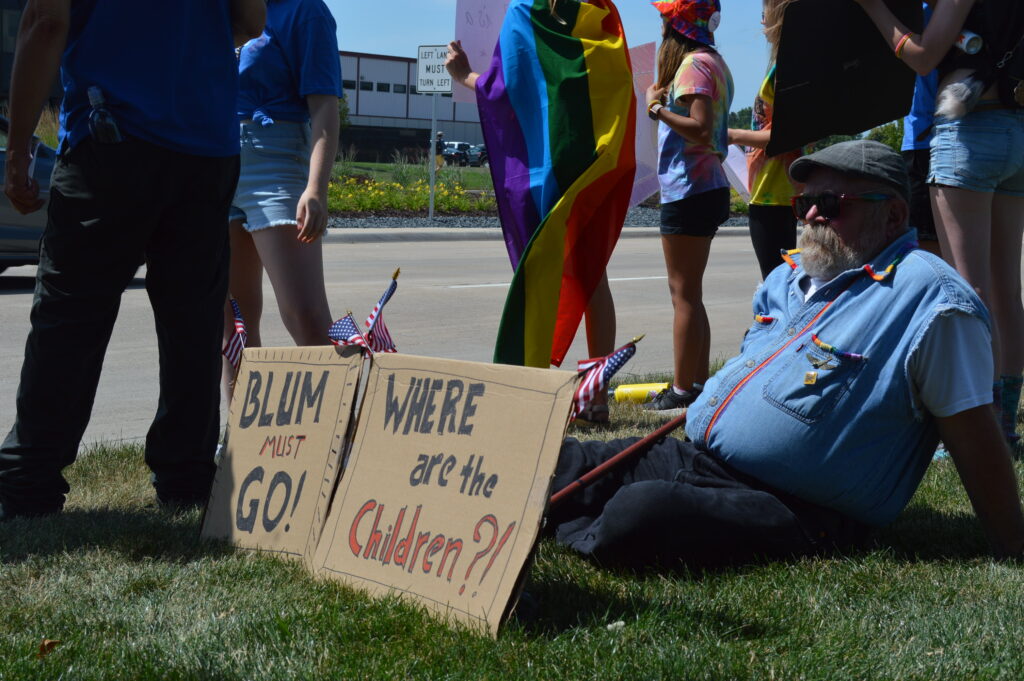