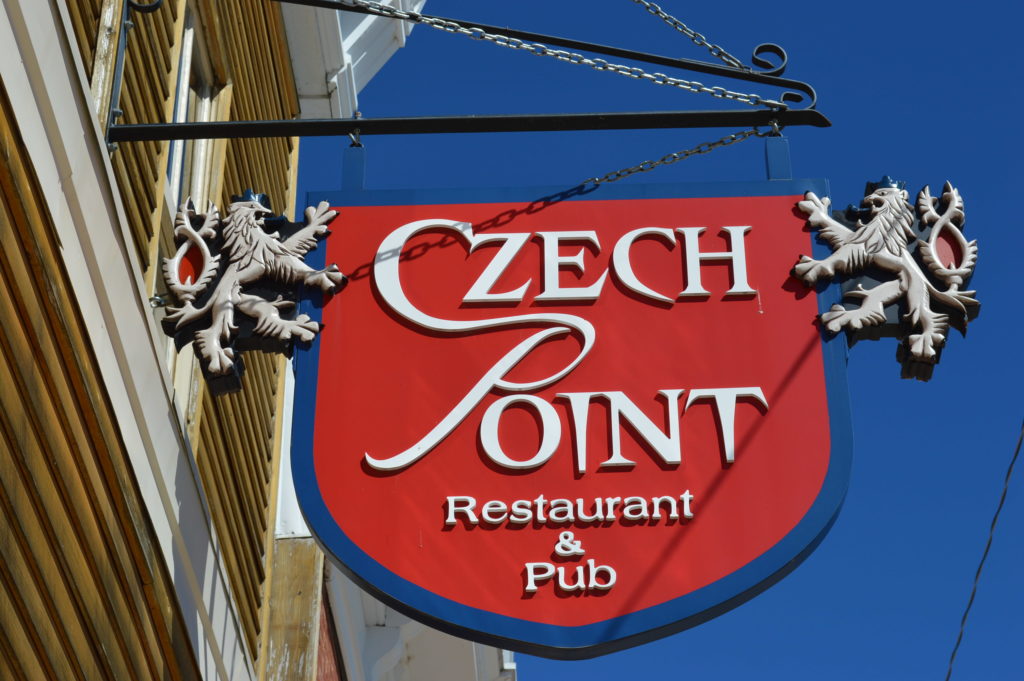 Three distinct cultures intertwine among the quaint towns and picturesque hills of the Iowa Valley Scenic Byway. The 70-mile route meanders through Tama, Benton and Iowa counties across its namesake, the Iowa River valley, in east-central Iowa.

At one end, the Meskwaki Nation – the Sac & Fox Tribe of the Mississippi – has made its home primarily in Tama County. Czech immigrants farmed the rolling hillsides along the central portion of the byway, settling in towns where their influence remains. At the eastern edge, German immigrants founded the Amana Colonies as a communal society in the 1850s, and although that era ended in 1932, its spirit continues in locally owned shops, restaurants and other attractions.

Longtime Amana restaurants that have existed for decades have been joined by newcomers such as Millstream Brau Haus, which opened last summer and complements its flagship Millstream Brewery, Iowa’s first craft brewery, with specialty beers and German-style pub food. 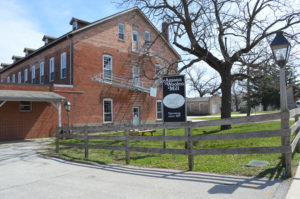 The Amana Woolen Mill, which has manufactured fabric and blankets since the 1850s, is among many attractions along the Iowa Valley Scenic Byway. (photo/Cindy Hadish)

The Brau Haus, which translates to “Brewing House,” offers German staples such as bratwurste from the Amana Meat Shop, potato soup, goulash and chicken schnitzel sandwiches, along with Millstream sodas and year-round, seasonal and limited edition beers – Mexican Hot Chocolate, for example – at the site of the former Colony Inn Restaurant.

“Oma’s Loft” in the Brau Haus is where motel rooms previously existed, now used as a lounge, with a bird’s eye view of the open restaurant below.

Within walking distance, attractions include the Amana Woolen Mill, which has manufactured fabric and blankets since the 1850s, and the Amana Furniture & Clock Shop, where customers can find handcrafted bedroom furniture, tables, clocks and more.

With over 60 shops, museums and other attractions, including Maifest, on May 6 and 7, the Amanas are one of Iowa’s top tourist destinations.

To the west, travelers can encounter Czech communities that retain a strong connection to their heritage. In Clutier, for example, the Czech Point Restaurant & Pub offers Czech staples such as pork, sauerkraut and dumplings and the popular Czechvar beer, alongside newer menu items, including pizzas handmade by manager Matthew Campbell-Nollen. 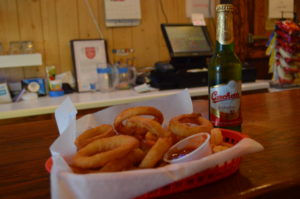 With a population of just over 200 people, Clutier is among the towns on the Scenic Czech Trail – known by locals as the Bohemie Alps – and keeps active with a traditional Bohemian Plum Festival the first weekend in August, as well as summer band concerts and this year’s “zip code birthday” on May 22, for its zip code of 5-22-17.

Just down Highway 21, the Main Street of Dysart is thriving with antiques stores and new establishments, including KE Black Mercantile, a gourmet kitchen store that has evolved into a cafe serving breakfast, lunch and wine by the glass.

Co-owner Mary Huffman opened the shop three years ago, first adding coffee, smoothies and pastries at the request of customers, then breakfasts – the shop’s biscuits and gravy are hugely popular – and finally, lunches.

“People really wanted a place to eat on Main Street,” she said. 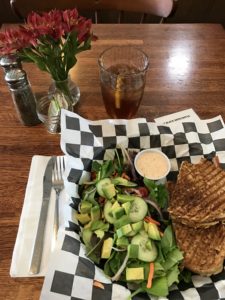 At that point, Huffman called in her daughter, Kathy Bonewitz, from Denver, Colo., where she had been working at a hospital. Bonewitz, who is well-traveled, enjoys cooking and adds a spicy flair to menu items, such as a sausage, potato and kale soup, with a kick of red pepper.

“It’s just a little different,” she said of her specialties created from a variety of cultural influences.

Along with carrying an increasing number of Iowa made products, including honey and maple syrup, KE Black Mercantile (taken from Kathy’s first and middle initials and her grandmother’s maiden name) plans to add craft beers and hard ice cream in the near future.

Not far away, Jodi Philipp has turned the former Hrabak Funeral Home in Chelsea into the Periwinkle Place Manor Bed & Breakfast, specializing in murder mystery dinners, complete with karaoke after-parties in the coach house. 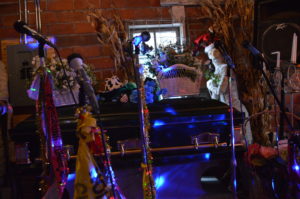 Philipp was so taken by the town that she purchased the majority of buildings on its main street, which she operates as stores selling candy, seasonal gifts, food, antiques and more. Chelsea’s small population jumps exponentially during the Chelsea Car Show, set this year for Saturday, July 29, which features more than 300 vintage, antique and specialty cars, plus an epic Bloody Mary bar.

The byway connects Chelsea to Toledo and Tama, next to the Meskwaki Settlement, well-known for its casino, but also for its long-running annual powwow. Taking place this year from Aug. 13-17, the Meskwaki Powwow originated from the tribe’s religious and social traditions. Participants in full-dress regalia perform dances that have been handed down for generations.

The Buffalo Head Dance, honoring the dedicated spirit of the buffalo and the Harvest Dance, giving thanks to the Great Spirit for an abundant harvest, are among the performances at the powwow, which also features food and singing.

Events like the powwow are held to share the truly distinctive Meskwaki way of life with others, while promoting equality and encouraging cultural awareness. The Meskwaki consider the powwow a time of reaffirmation of hope, kinship, friendship and celebration. 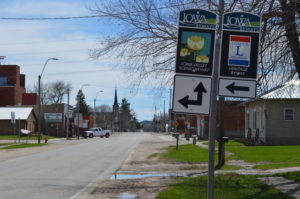 Portions of the Iowa Valley Scenic Byway are shared with the Lincoln Highway Heritage Byway.

Jessica Rilling, Iowa Valley Scenic Byway Coordinator, noted that people who love exploring rural Iowa, but are unsure how to best do it, can find a framework along Iowa’s Scenic Byways.

“The Iowa Valley Scenic Byway has this truly unique blend of cultures and a backdrop of rolling agricultural land and the Iowa River Valley,” she said. “The rural roads and communities are connected. You can decide if you want to follow the whole route or zip off for a spontaneous cruise through a town you’ve never heard of. You can time your visit to correspond with a local event or celebration or just enjoy a leisurely drive through authentic Iowa.”

Find this article in the May 2017 issue of City Revealed magazine and read about other Scenic Byways in Iowa, below: 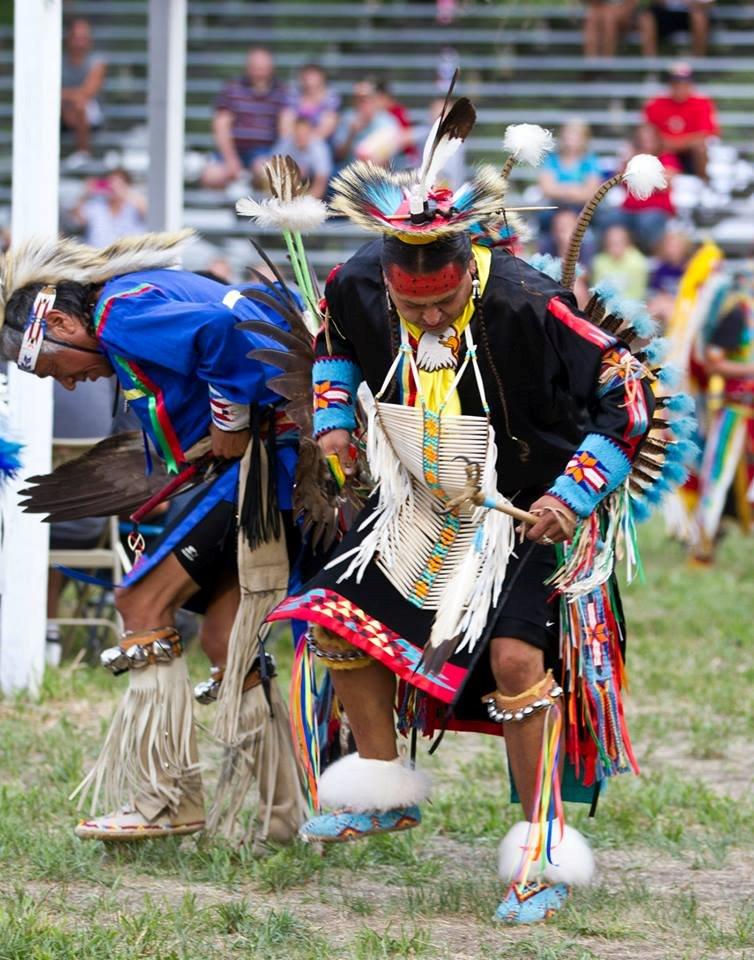 The Meskwaki Settlement is well-known for its annual powwow, which takes place in 2017 from  Aug. 13-17. (photo courtesy Meskwaki Nation) 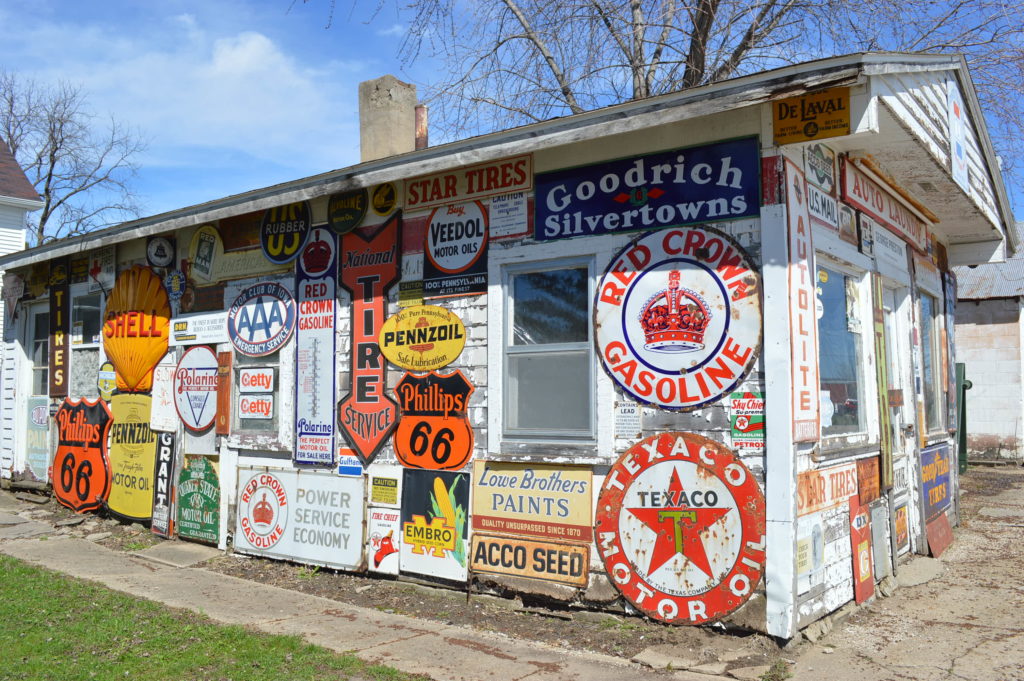 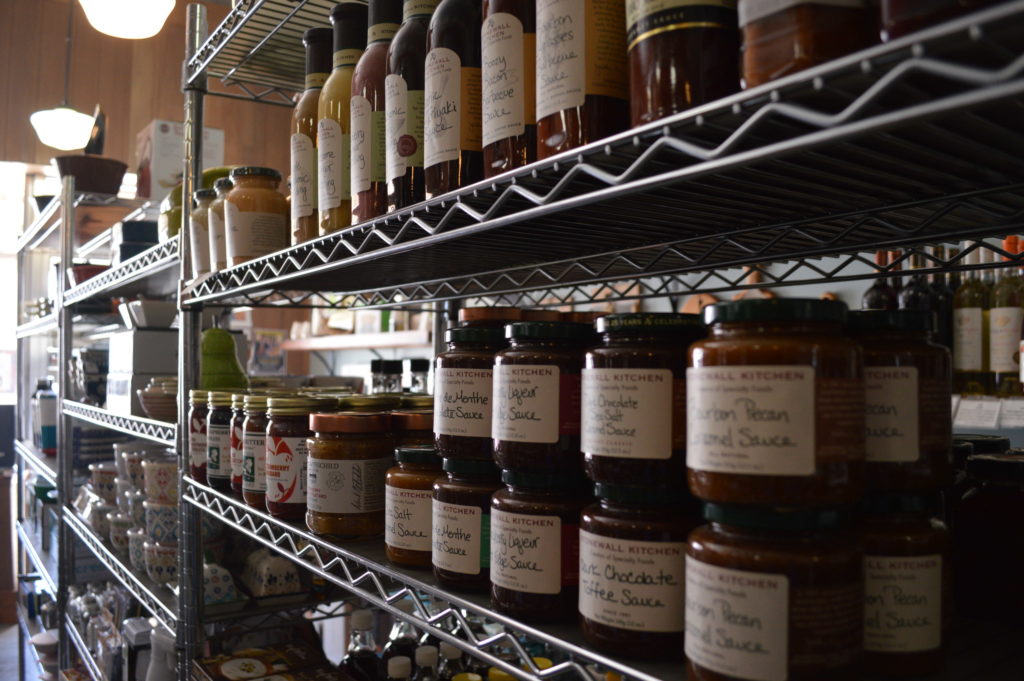 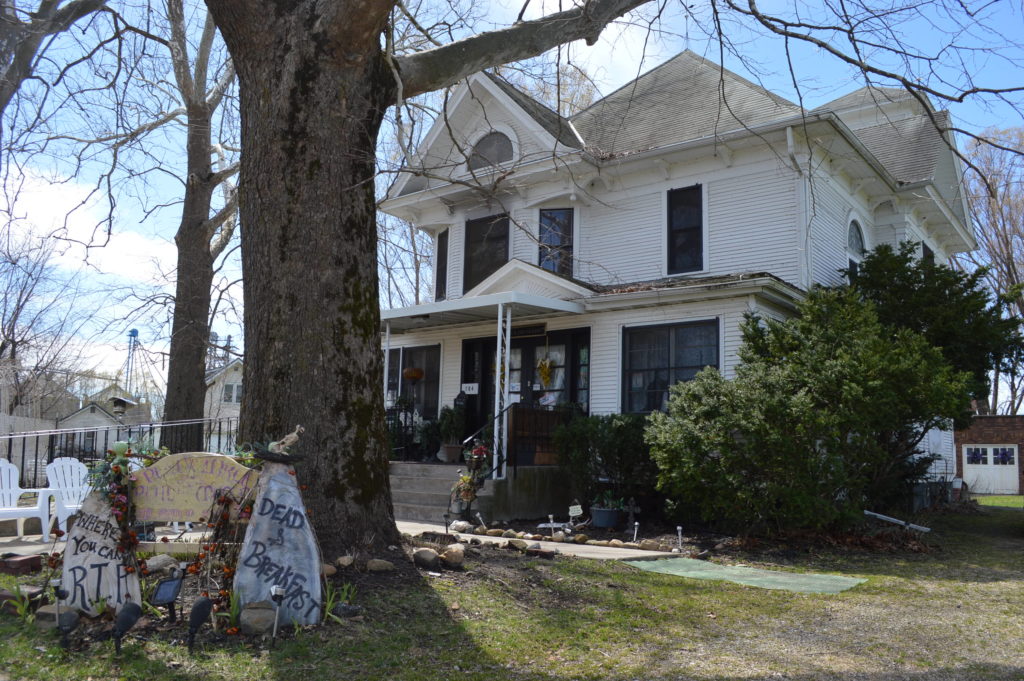 The former Hrabak Funeral Home in Chelsea has been transformed into Periwinkle Place Manor, a bed & breakfast. (photo/Cindy Hadish) 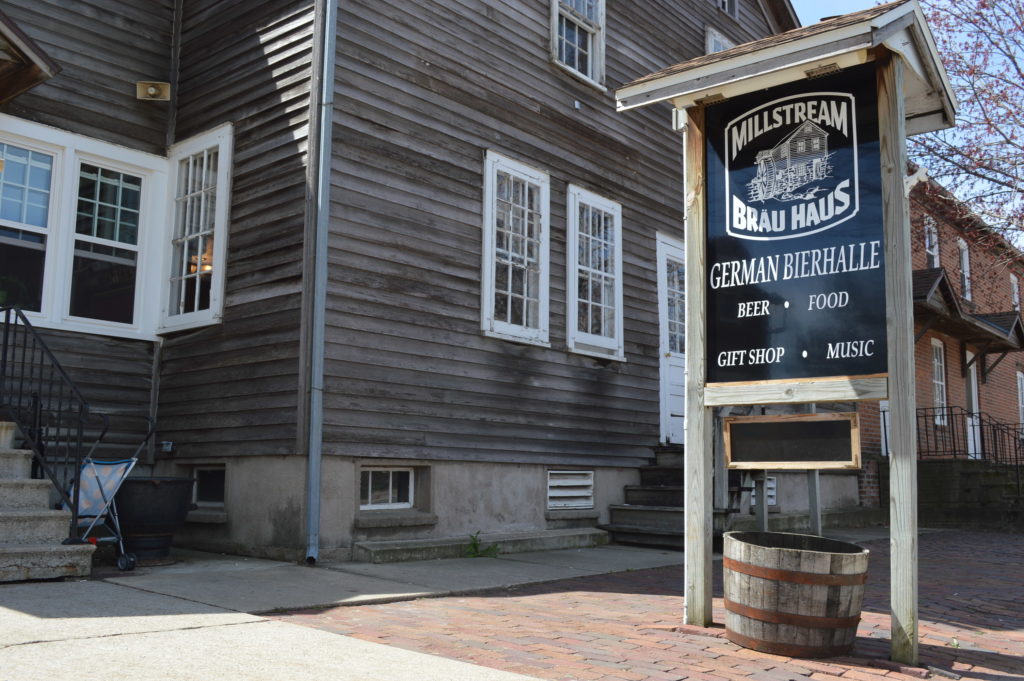 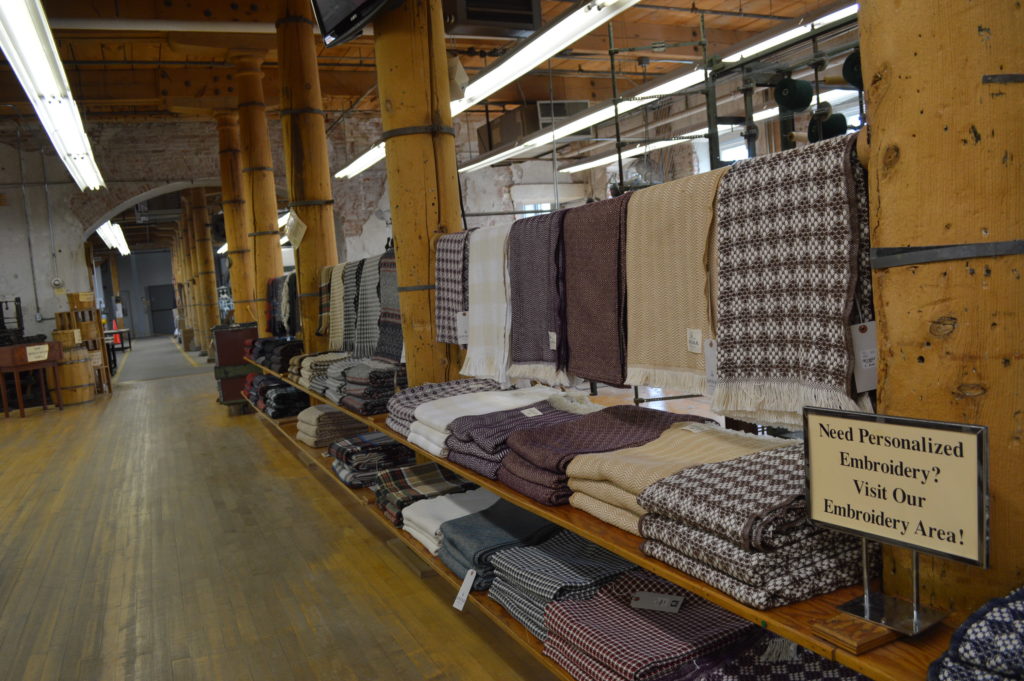 Blankets and more are sold inside the Amana Woolen Mill. (photo/Cindy Hadish) 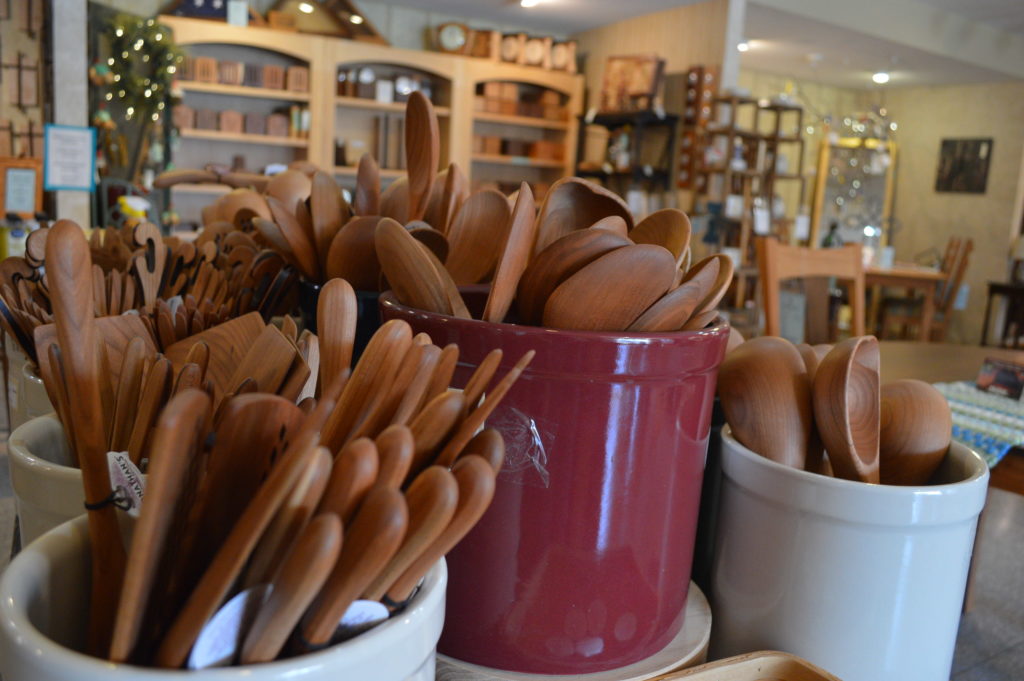 Wooden spoons are among a wide assortment of items sold at the Amana Furniture Shop. (photo/Cindy Hadish)