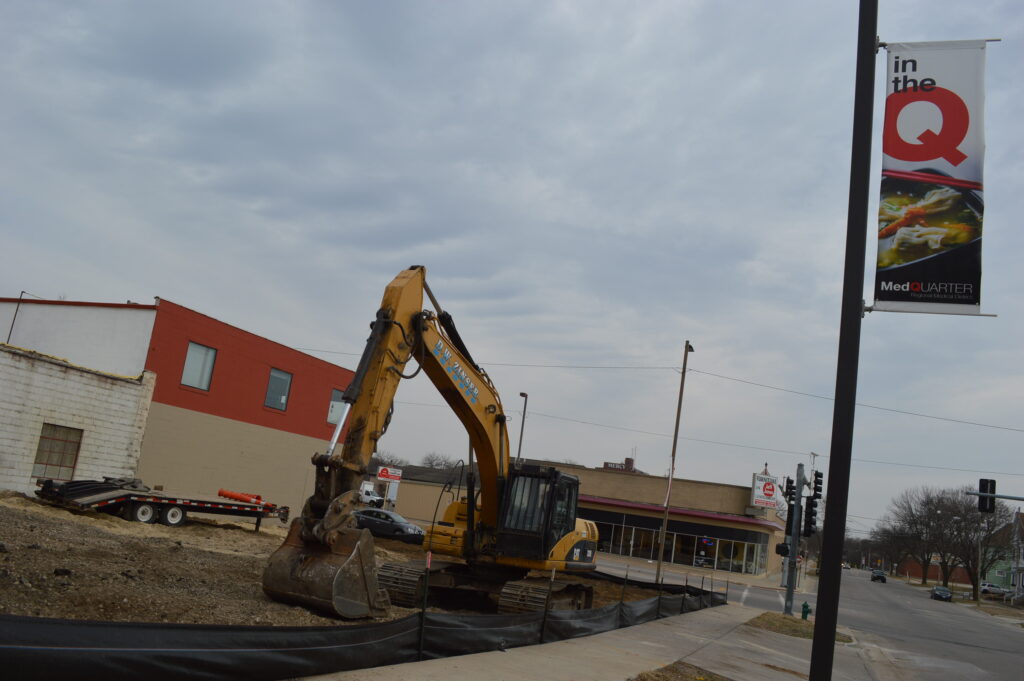 Demolition work continues in March 2018 on the site of a former service station that was on the National Register of Historic Places. The MedQuarter district in Cedar Rapids, Iowa, demolished the structure for green space. (photo/Cindy Hadish)

The Iowa Department of Natural Resources announced today that the Cedar Rapids medical district, known as the MedQuarter, and Brian Sherron, of Zinser Demolition of Walford, have been ordered to pay administrative penalties for “serious violations” of the DNR’s regulations on underground storage tank removal.

Sherron faces a $6,500 administrative penalty and the MedQuarter was ordered to pay $3,000. 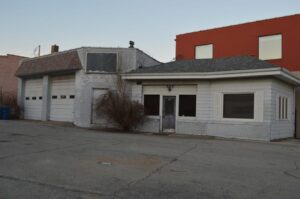 This former 1920s service station was a contributing structure in the Auto Row Historic District in Cedar Rapids. (photo/Cindy Hadish)

Both penalties stem from the removal of an underground storage tank at 800 Third Ave. SE, site of a former service station that was a contributing structure in the Automobile Row Historic District in downtown Cedar Rapids. The district is on the National Register of Historic Places.

The MedQuarter purchased the site and demolished the building in March for green space.

According to the DNR, the tank was removed without having a licensed remover on site and the closure report was signed by Sherron, who was not licensed to conduct the removal.

“The DNR considers these to be serious violations of the DNR’s (underground storage tank) regulations,” the administrative order states, adding that the violations “could undermine the state’s regulatory program and result in significant risk to public health and the environment.”

The order notes that a representative of the MedQuarter – which touts itself as a central location for quality health care and services – stated that it was unaware of the regulatory requirements or that the remover was unqualified.

According to the documents, Sherron acknowledged that he is not licensed in Iowa and also was unaware that such a removal could only be conducted by a licensed remover.

Both have 30 days to appeal the order or 60 days to pay the penalty.

See more from the DNR.

Find both administrative orders on the DNR’s enforcement actions page.