Eewww swimmer’s itch – what can you do?

This sounds like the water-borne version of chiggers. The Iowa Department of Natural Resources notes that swimmer’s itch is becoming an issue at Okoboji Lake and offers advice on what can be done about this condition: 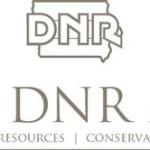 Although a parasite causes swimmer’s itch, most cases do not require medical attention. It can be treated like most skin allergies or irritations. Anti-itch lotions, corticosteroid creams, and antihistamines can be used for relief from the rash.

Taking a few simple steps during and after swimming can help prevent swimmer’s itch.

If possible, avoid swimming in marshy areas or areas containing aquatic plants. These areas often contain snails, which are the parasite’s intermediate host.

The best way to prevent swimmer’s itch is to limit the amount of time spent in the water and to towel off quickly after swimming. Toweling off removes parasites from the skin’s surface, and dry skin will cause the parasites to dry out and die before they can become a problem.

The welts and itching cause by the parasite can last for several days to about a week.

The condition is caused by parasitic flatworms, which are transferred through bird droppings. The eggs hatch and infect snails, from which the free-swimming form of the flatworm larvae emerges. The parasite will attempt to penetrate the skin of humans if it can’t find a suitable host like a bird. Once the parasite is under a person’s skin, it quickly dies, causing an allergic reaction below the skin resulting in welts and itching.