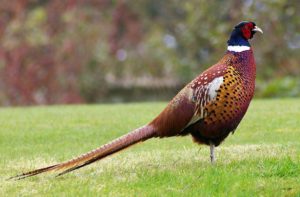 The Iowa Department of Natural Resources reported today that an 11-year-old boy was injured while pheasant hunting in Jackson County.

Iowa is not alone in allowing children to hunt when accompanied by an adult, though requirements vary from state to state, with some requiring an approved hunter education course and others, such as Maine, barring children under 10 from hunting.

The DNR reported the following:

BERNARD, Iowa — State conservation officers with the Iowa Department of Natural Resources responded to a hunting-related injury that occurred in Jackson County at the Three Hills Hunting Preserve, during a pheasant hunt on Sunday, Nov. 12, 2017, shortly after 11 a.m.

An 11-year-old Dubuque boy was pheasant hunting with his father at the preserve when he shot at a pheasant and his firearm exploded.

The gun was out of battery with the action slightly open when he discharged the firearm, causing fragments of the shell to escape out the side of the gun striking his thumb and breaking the tip. Upon further investigation, it was determined the shotgun’s action was not locking in place, causing it to open during the shot.

He was transported to Mercy Medical Center in Dubuque where he was treated for his injury.