February was snowiest on record in Iowa 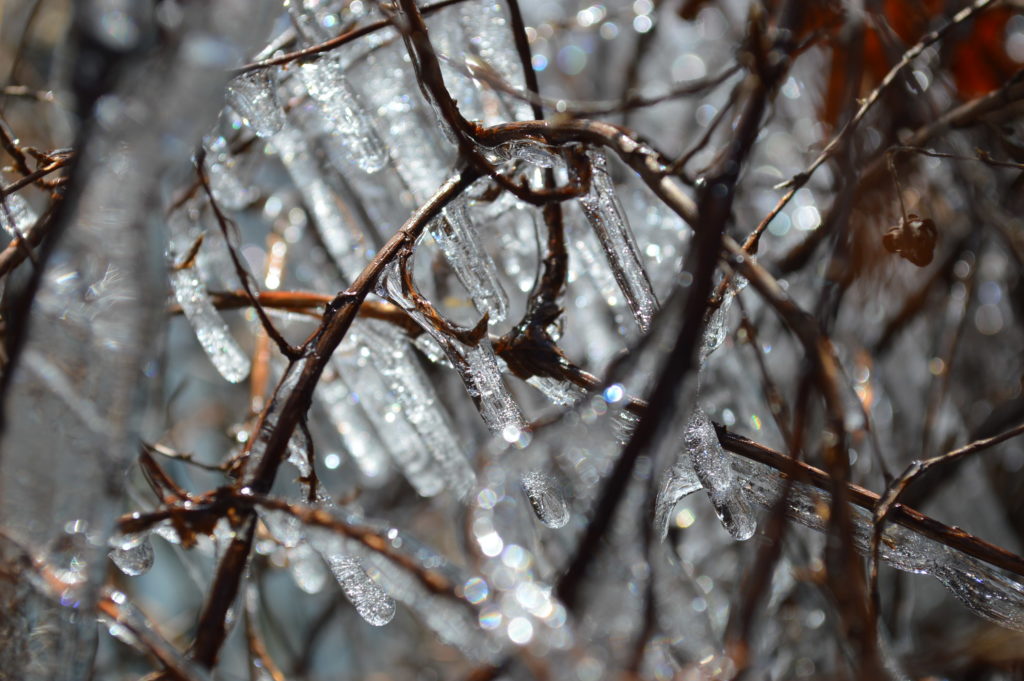 Ice coats plants in Cedar Rapids, Iowa. The state is finally thawing out after the snowiest February on record. (photo/Cindy Hadish)

No surprise: no areas of Iowa are experiencing drought heading into the coming spring.

The average statewide snowfall for February was 22.6 inches, making this February the snowiest on record, with more than 40 inches of snow falling in northern parts of Iowa.

While the risk of flooding has not completely subsided, the state is looking to a week or so of dry weather.

Learn more from the latest water summary update from the Iowa Department of Natural Resources:

DES MOINES — More than 40 inches of snow fell in parts of northern Iowa in February, while temperatures fell as low as 20 degrees below zero, according to the latest Water Summary Update.

Streamflow was returning to normal levels until the recent March rain and snowmelt. Soil moisture is high, and frost remains in the ground across the state.

“The heavy snow pack and recent rainfall have combined with saturated soils to bring widespread flooding to the state. As a result, this is the first spring in the last three years that has started with no drought in Iowa,” said Tim Hall, DNR’s coordinator of hydrology resources. “Everyone was ready for spring, but unfortunately the rain and warm weather and snow melt have combined to bring us the flooding that nobody wanted.”

Iowa temperatures averaged 15.6 degrees, or 8.4 degrees below normal, ranking February 2019 as the 16th coldest among 147 years of state records.

Statewide precipitation totaled 2.25 inches, or 1.20 inches above average, ranking it as the seventh wettest February on record. The average statewide snowfall for February was 22.6 inches, making this February the snowiest on record. For the month, Swea City (Kossuth County) reported 41.1 inches of snowfall while Bloomfield (Davis County) observed only 4.6 inches.