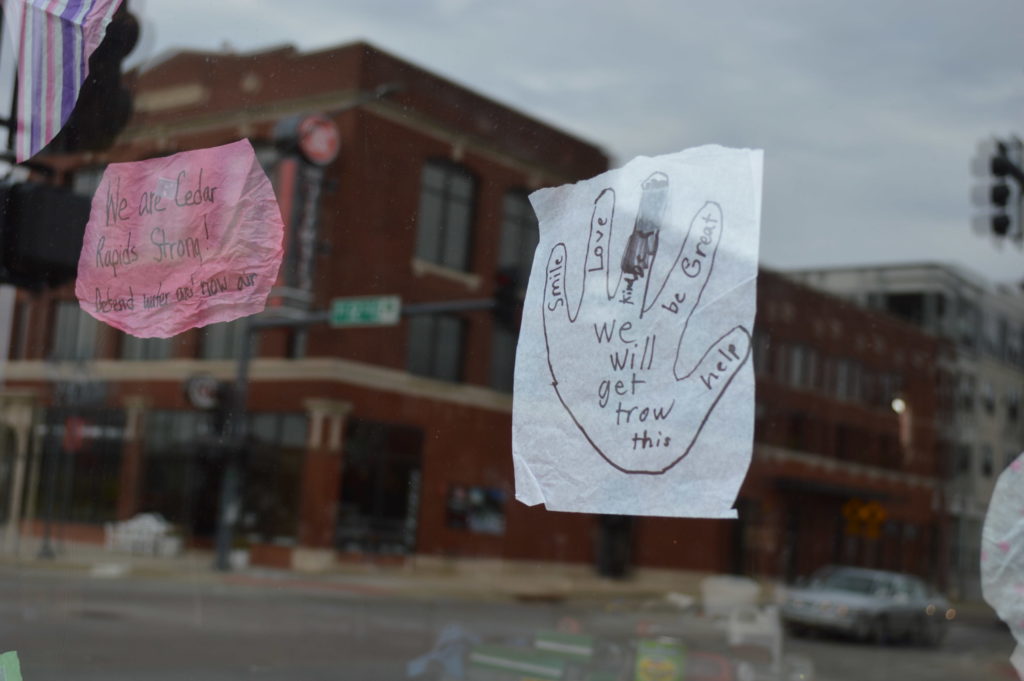 The Iowa Department of Public Health confirmed Iowa’s first death of a child from COVID-19.

Few details were provided, other than the child was under the age of 5 and had “significant underlying health conditions.” The death, reported Aug. 23, 2020, happened in June.

The case investigation was completed Aug. 6 by the State Medical Examiner. The department, which has come under fire due to misrepresentations in reporting COVID-19 case numbers, did not indicate what caused the delay in reporting the child’s death.

Sunday’s announcement comes as many school districts prepare for students to return to the classroom this week. Gov. Kim Reynolds has mandated that schools provide a majority of in-person teaching, even as some school districts, including Des Moines, have asked for a waiver.

Reynolds has said that areas where coronavirus case positivity rates are 15 percent or higher can request such as waiver, while giving no scientific basis for that percentage.

As of Aug. 23, just five counties were above that threshold, with Plymouth County the highest at 21.3 percent. Others included Crawford, Clinton, Henry and Carroll counties, hovering between 15 and 16.7 percent. 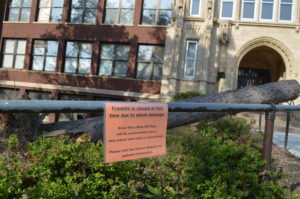 A notice outside Franklin Middle School in Cedar Rapids, Iowa, indicates the school is closed due to storm damage. (photo/Cindy Hadish)

Cedar Rapids, which sustained a massive blow from the Aug. 10 derecho windstorm, will not begin classes this week, due to damage to all of the district’s school buildings.

The health department stated the child’s death was publicly reported this weekend after ensuring the individual’s identity would remain protected and notifying the family.

“When any pediatric death occurs, which includes any individual under the age of 17, due to disease or other unnatural circumstances, the medical examiner performs a number of routine tests,” the notice stated. “The investigation to confirm cause of death includes extensive pathology, metabolic and other tests that can take months to complete and certify, depending on the complexity of the case. In this case, the Medical examiner performed a full range of testing, given the complicating factor of the child’s health history. Ultimately, COVID-19 was deemed the cause of death.”

The department sent its “sincerest condolences” and noted that every effort was made to protect the identity of the child, “while the family grieves this devastating loss.”

Iowa’s pro-life governor has emphasized that many of Iowa’s deaths, and nationwide, where the total surpassed 175,000 deaths on Aug. 22, have been among the elderly or people with underlying health conditions.

Reynolds has said attention would be paid to preventing outbreaks at nursing homes in Iowa, but that number rose to 35 outbreaks on Aug. 23, up from 22 as of the beginning of August, with 553 deaths related to such outbreaks confirmed so far.

Unlike most states trying to contain the pandemic, Iowa has no face mask mandate, even as  health officials say masks could greatly reduce the number of positive cases and deaths.

The U.S. Centers for Disease Control & Prevention notes that children can be asymptomatic carriers of the disease, “increasing risks to teachers, administrators, staff and parents in the community.” The CDC has recommended face coverings for everyone returning to school.