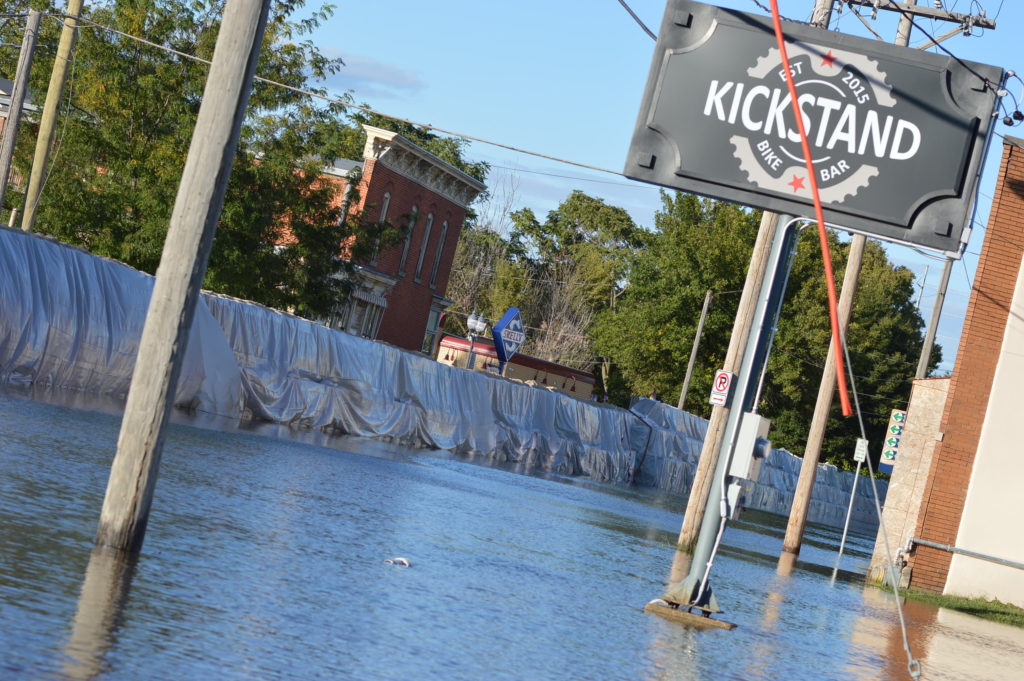 CEDAR RAPIDS – Temporary flood protection drew a distinct line between victory and loss for Cedar Rapids businesses, but even in areas left untouched by the near-record surge from the Cedar River, the flood of 2016 is taking its toll.

A 9.8-mile system of earthen berms and HESCO barriers – sand-filled collapsible wire mesh containers – installed in New Bohemia and other at-risk parts of Cedar Rapids managed to hold back the swollen river, which crested at nearly 22 feet Tuesday, Sept. 27, second in the city’s history only to the 31-foot crest of 2008.

Still, the Copper Alligator, 65 16th Ave. SW, which stayed dry, is closing its doors in Czech Village, and other business owners are wondering how much down-time their bottom lines can absorb.

“We have enjoyed being in the Czech Village and Cedar Rapids has been so supportive,” owner Mia Suntken wrote on the Copper Alligator’s Facebook page. “We’ve enjoyed every minute of the almost 5 years we’ve been on the Ave.”

Suntken noted that her landlord had already decided to sell the building, and with the flood, she saw that as the cue for the vintage clothing store to “close up shop.”

Just down the street, Michelle Bell, co-owner of White Lion Treasures, 87 16th Ave. SW, said two antique dealers who rent space at the shop decided to go out of business after the flood.

“I think it’s a combination of the down-time and the stress,” she said. “Both told me they couldn’t go through this again.”

With help from many volunteers, including union workers, Bell moved 2,400-square-feet of vintage collectibles, antiques and handcrafted goods from her store before the flood and then helped other Czech Village business owner prepare.

While sandbags and an earthen berm constructed by the city helped keep the floodwaters at bay, Czech Village businesses all suffered a loss of income from temporarily closing for a week or more. Bell, who hopes to reopen by Oct. 15 or sooner, estimated thousands of dollars in net losses.

Jim Jacobmeyer, a founder of the Artisan’s Sanctuary, 45 16th Ave. SW, said the nonprofit group was scrambling to rebuild its stage, lighting and sound systems for upcoming performances, but decided to move its Oct. 15 concert by The Cynz to the Campbell Steele Gallery in Marion.

“We have a full calendar until the end of the year and we need to recover as quickly as we can,” Jacobmeyer said of the site, which serves as a gathering space for the community, hosting art classes, live music, poetry and more. 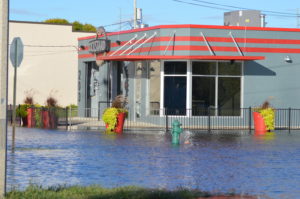 While the Artisan’s Sanctuary and other Czech Village businesses stayed dry, several buildings in New Bohemia didn’t fare as well.

Tornado’s Pub & Grub, the Kickstand Bar & Grill and Mad Modern were among businesses inundated with several feet of floodwaters, after the HESCO barriers installed along 16th Avenue SE left them on the wet side of flood protection.

David Owens, owner of Mad Modern, 227 16th Ave. SE, said despite the flood damage, he hopes to re-open his business, which specializes in retro and mid-century modern furniture.

“I’ve invested six years and a lot of money in that building,” said Owens, who was still assessing his losses. “It would be hard to walk away.”

Tom Slaughter, the owner of Tornado’s Pub and Grub, worked for days to pump water out of the business at 1400 Third St. SE, with the help of family and friends.

A benefit, called Party on the NoBo Side, is tentatively scheduled for Oct. 15 at Tornado’s to support those businesses left unprotected from the flood.

Jon Jelinek, owner of Parlor City Pub & Eatery, 1125 Third St. SE, and several other buildings in New Bohemia, moved tables, chairs and other items from his businesses, but opted not to sandbag in order to clean and reopen sooner.

On the other side of the river, Sauce co-owner Lenny Sims was relieved that the bistro, at 1507 C St. SW, stayed dry.

“If we would have gotten water, it definitely would’ve changed my mind” about staying in Czech Village, Sims said.

Still, he hoped city officials could move ahead quickly with removable flood walls for the business district to ease concerns and potential future flood damage.

Alex Andersen, owner of Ernie’s Avenue Tavern, 69 16th Ave. SW, was one of several business owners who hoped the earthen berm built along the Cedar River just before the flood could be left in place until a more permanent system is built.

“I was thoroughly impressed,” said Bob Schaffer, co-owner of Czech Cottage, 100 16th Ave. SW. “They built it so quickly. Those guys are heroes.”

The Czech Cottage and NewBo West, Schaffer’s mixed-use building at 1612 C St. SW, stayed dry and work continued the day after the flood crested on another apartment/commercial building under construction next to Czech Cottage.

As one of the longtime business owners there, Schaffer said he has no second-thoughts about continuing his operations in Czech Village.

“It’s a business decision,” he said of the owners debating whether or not to stay. “Everyone has their own threshold for pain and risk.” 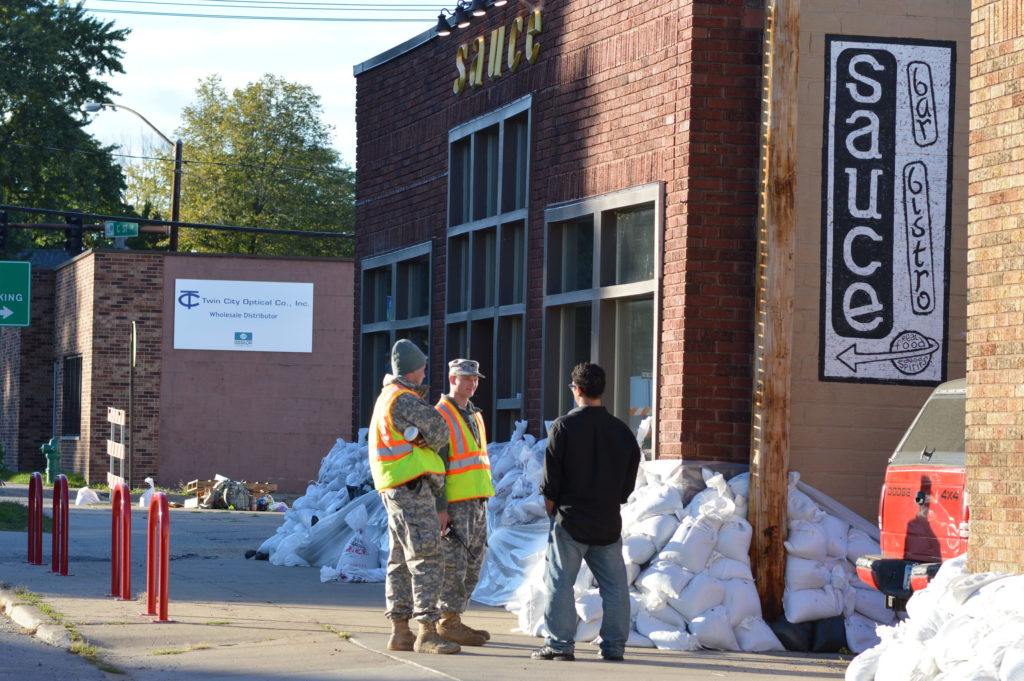