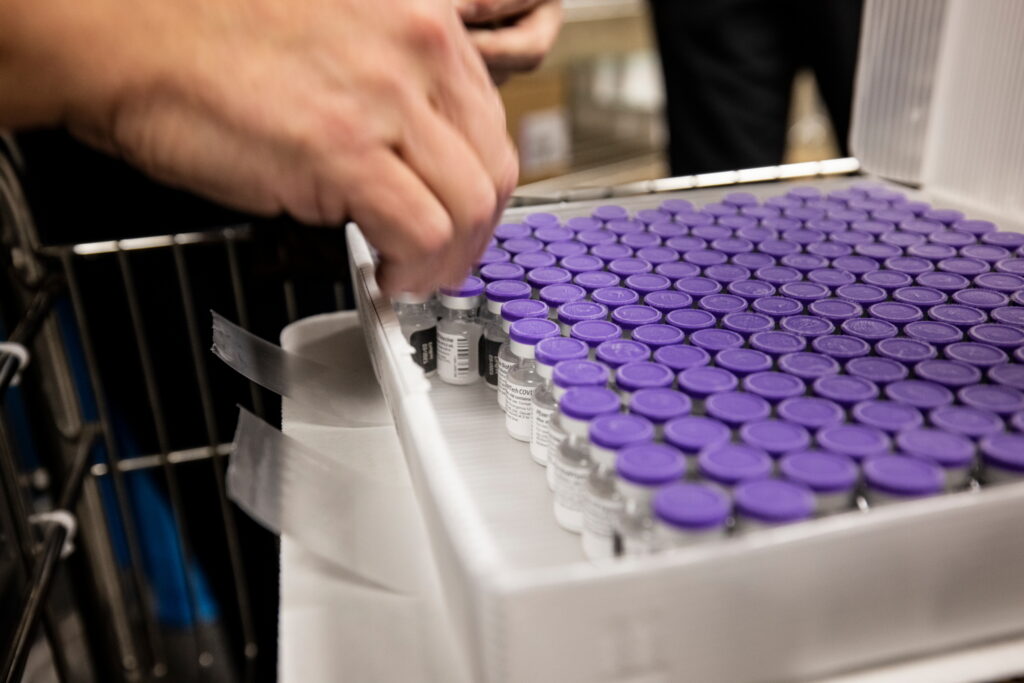 Iowa Gov. Kim Reynolds announced all Iowans will be eligible for COVID-19 vaccinations beginning April 5, as long as vaccine allocations increase as promised by the Biden administration.

“As of the first of April, the numbers look really good,” Reynolds said March 17, 2021, during a weekly press conference. She did not know exactly how many vaccines Iowa would receive of the 20 million doses allocated nationwide starting next week, but said, “it’s significant.”

One indication of the effectiveness of the vaccine can be seen in the declining number of nursing home outbreaks, which is just one as of March 17 — at Vista Woods Care Center in Ottumwa — down from six outbreaks one week ago and from a record high on Dec. 3, 2020, when the state reported 169 outbreaks at long-term care centers.

Nursing home residents and staff were among the first to receive the vaccine in late December, and Reynolds said the second doses will be finished by the end of March through the federal vaccination program.

More than 90 percent of nursing home residents, but just 60 percent of staff have chosen to get vaccinated, she noted.

“The vaccine is working,” Reynolds said. “It’s made a tremendous difference in protecting our most vulnerable Iowans from the virus.”

The Iowa Department of Public Health reported March 17 that more cases of a highly contagious coronavirus variant are being reported in Iowa, with 38 new cases of SARS-CoV-2 B.1.1.7. The variant is often referred to as the U.K. variant because it was first detected in the United Kingdom.

“This increase in the number of detected variants comes in part as a result of increasing the number of tests being sequenced by the State Hygienic Lab (SHL) for the B.1.1.7 variant,” the department stated in a press release. “This increase further supports that we know this variant is circulating here in the state of Iowa, in addition to being found across the United States.”

Current vaccines are effective against the variant, the department added.

Reynolds did not mention that children are not yet eligible for the vaccine and cited no changes to the way Iowans will be able to schedule vaccine appointments, which is mostly online through Hy-Vee and other pharmacies.

New vaccine navigators provided through Iowa’s 211 call center have helped schedule 3,000 appointments, she said, for Iowans aged 65 and over who have no Internet access or difficulty navigating the online system.