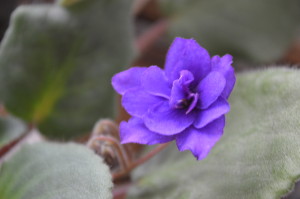 Our challenges in saving the family farm continue and it looks like, despite all of our efforts, it probably won’t remain intact.

I found one message of hope, however, in all of the despair that surrounds losing something you love. A little background: our uncle was living on the family farm in rural Chelsea, Iowa, a Century Farm – belonging to the same family for 100 years – on its way in 2016 to becoming a Heritage Farm with 150 years in the family.

While he was in and out of the hospital and nursing home related to complications from diabetes, we did our best to keep up with the farm from a distance. One day, I talked to my mom on the phone, who was obviously upset. Her mother, my grandmother Elsie, was an expert grower, known for her beautiful flowers along with a wide array of vegetables. Among those were her houseplants and while we were keeping up with my uncle in the hospital and nursing home, the plants were neglected. Could I take some home? she asked. 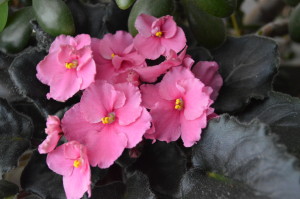 Having very limited window space that was already crowded with houseplants, I promised to do what I could. I brought home one African violet that looked like it might survive. I nursed it to health, but after the only extended vacation of my life, I found it hadn’t survived after all. By this time, I knew there would be little hope for any other plants inside the farmhouse. The next time we returned, I found one last  African violet that looked dessicated, but had a hint of life.

As long as I can remember, grandma had the deep purple – almost blue – African violets blooming in the window. From what I was told, one of her sisters had given the plants to members of her bridal party as gifts, adding sentimental value to their beauty. How could I let it go? The flower didn’t seem to be thriving and despite my best efforts, had its ups and downs. I tried leaf cuttings, but those failed, as well.

I have other African violets that do fine, and are pretty in pink, but they just aren’t the same as grandma’s. More than two years after bringing this second – and last – African violet home, however, I discovered this tiny piece of hope. The blossoms will never look quite the same in my home as they did in the farmhouse, but at least one piece of the family farm has survived.