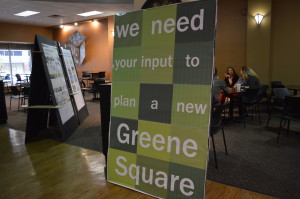 The public was invited to provide input for the new Greene Square Park design during a session at the Armstrong Centre on Thursday, Aug. 28, 2014. (photo/Cindy Hadish)

CEDAR RAPIDS – The city’s oldest park will retain some of its past in the future.

Renovation of Greene Square Park is targeted to begin next spring, with the previous design plan scrapped after public input.

Heather Lynxwiler, an architect with OPN Architects, said that initial plan, with a curved walkway, children’s play area and new planters, was “just to get people thinking” and for fundraising purposes.

The $1.9 million project combines private money with funding from the city and Linn County.

No fountain was included in the initial design, but several were shown as potential options at recent public input sessions. “Water spurts” with LED lights, similar to those at a park in St. Louis, have been popular proposed design elements based on those sessions, Lynxwiler said.

An updated plan will soon be presented to the steering committee that incorporates feedback from meetings held with the public, including one Thursday at the Armstrong Centre Food Court and an earlier outreach effort at the Downtown Farmers Market.

Nearly 100 people attended Thursday’s session, with more than 350 comments received during the market.

The steering committee includes representatives of the Cedar Rapids Public Library, Waypoint, First Presbyterian Church and the Cedar Rapids Museum of Art, which flank the downtown park between Third and Fourth Avenues at Fifth Street SE, along with city staff and other members, Lynxwiler said.

She noted that the marker placed in honor of Judge George Greene, a founder of Cedar Rapids for whom the park is named, memorial benches and other historical items will be retained.

Denise Clark, a landscape architect with OPN, said many trees also will remain, but ash trees – a target of the destructive emerald ash borer that has invaded Iowa – and others with structural issues will probably be removed.

“Now’s the time it makes sense to let those go,” she said. 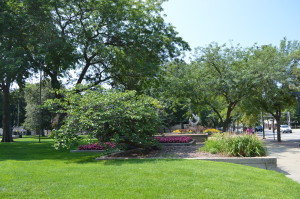 Some of the trees in Greene Square Park will be removed as part of renovation plans. (photo/Cindy Hadish)

Older sycamore trees, hackberry and cottonwood are among the varieties that will stay, Clark said, adding that some likely are original to the park, which dates back more than a century.

In 1897, the landscaping for the two acres of parkland, formerly a sandy hill, was developed in conjunction with the opening of Union Station in downtown Cedar Rapids. That landmark depot was demolished in 1961 to make way for a parking ramp.

Cedar Rapids Historian, Mark Stoffer Hunter, has noted that a time capsule was buried in the park in 1976.

Lynxwiler said so far, no one has pinpointed where that piece of history might be located.

“We’ll keep our eyes open for the time capsule,” she said.

Once the steering committee approves the design, the City Council will vote on the renovation plans, likely in October. With a spring ground-breaking, Lynxwiler said the park will be out of commission next summer, with a goal of reopening in fall 2015. 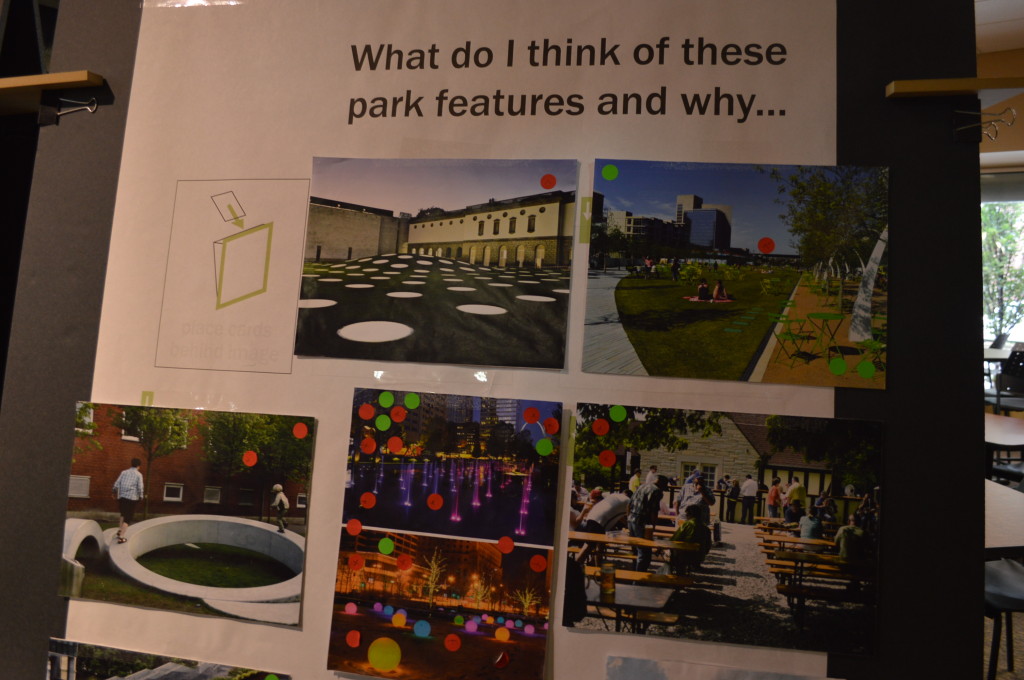 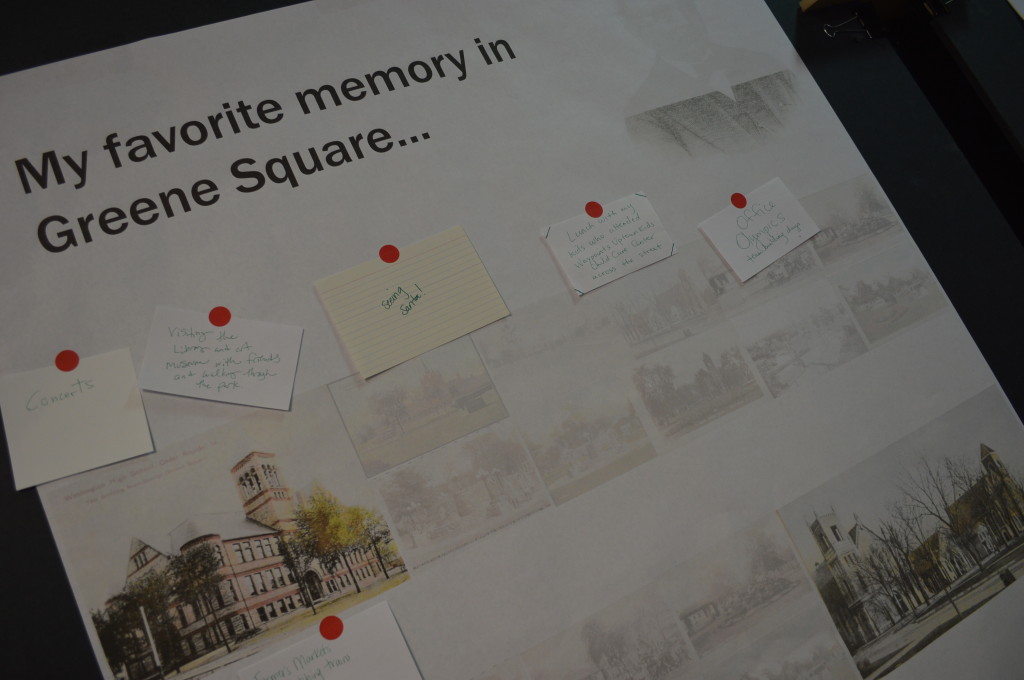 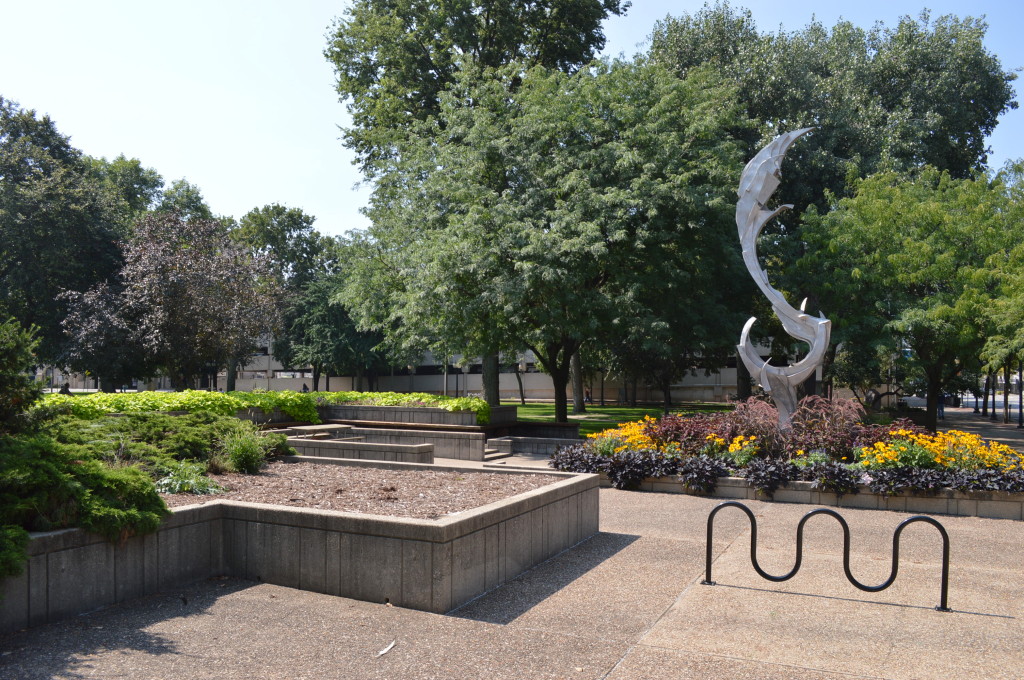 Groundbreaking on the renovation of Greene Square Park, shown Aug. 29, 2014, is set for spring, with a goal of completion by fall 2015. (photo/Cindy Hadish)