Heartbreak for one family is Christmas miracle for another 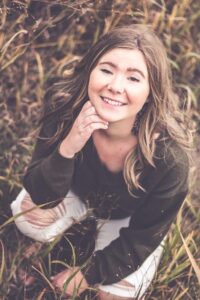 A Norwalk, Iowa, teen received what could be considered the ultimate Christmas gift: a new heart.

The day before Christmas Eve, 18-year-old Brooklyn Soroka was at work when she received a phone call letting her know about the match, according to University of Iowa Hospitals & Clinics in Iowa City.

At midnight on Christmas Eve, her transplant was completed successfully.

Dr. Aditya Badheka, of the pediatric intensive care team at University of Iowa Stead Family Children’s Hospital, noted that Brooklyn is recovering well and doctors are optimistic about the long-term success of the transplant.

As with the majority of transplants, officials would not release information on the donor or how that person died.

Brooklyn was placed on the transplant list in February 2020 after doctors at University of Iowa Health Care noticed her heart conditions were progressing. 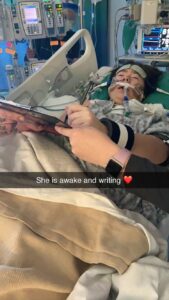 It is best known for being the cause of sudden death cases in basketball players on the court.

In addition to Brooklyn’s risk for sudden death from hypertrophic cardiomyopathy, she also has restrictive cardiomyopathy, which makes it difficult for the heart to relax and causes pressures to build up inside the heart very high.

Even though restrictive cardiomyopathy only makes up 2-5% of all cardiomyopathy cases, the diagnosis is behind 10-20% of all heart transplant cases because of its high mortality rate: 50% in two years, and 70% in five years. The combination of the two cardiomyopathies put her at greater risk for sudden death.

Brooklyn originally learned of her heart conditions when she was in junior high. She had to give up dance and other physical activities she loved and adhere to strict activity limitations.

Her mother Dana recalls when the family went on a trip to Jamaica and her daughter was so disappointed she could not visit a waterfall because the hike would be too risky for her heart condition.

Now, Brooklyn is excited at the potential for her new heart to allow her to resume many of the activities her friends and other kids her age enjoy and often taken take for granted.