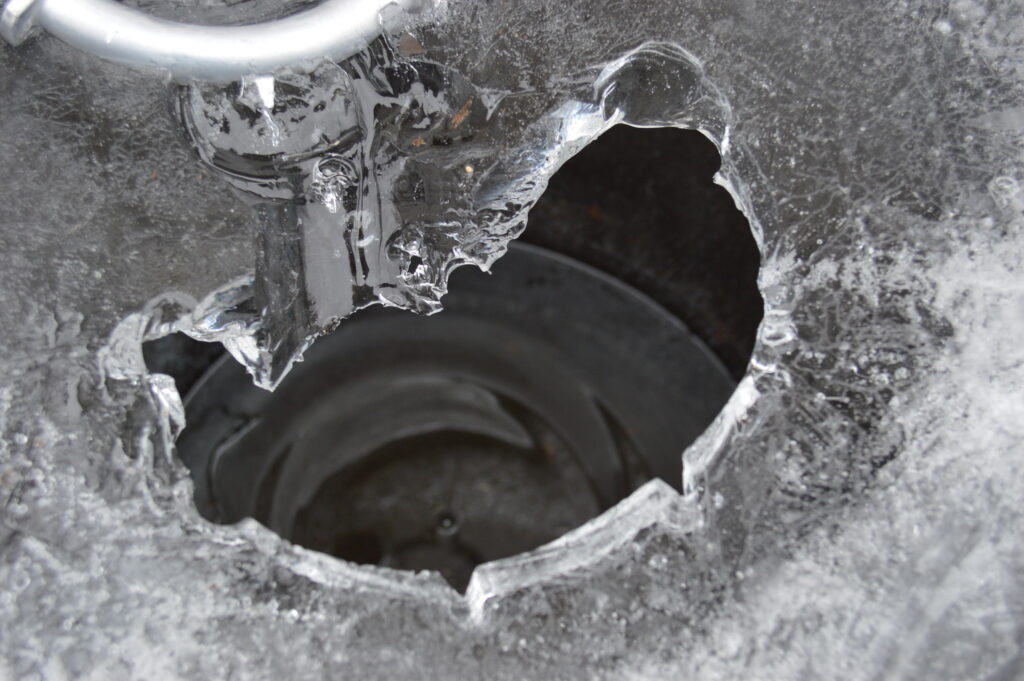 A bucket de-icer begins to work its magic on a frozen rain barrel in Iowa in mid-November 2018. (photo/Cindy Hadish) 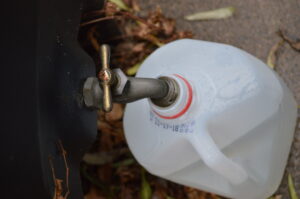 (UPDATE: Nov. 30, 2021) Since this de-icer experiment, the rain barrels have successfully captured rain water in subsequent years, and lesson learned to empty them before ice forms. This fall, they were perhaps emptied too soon, as Iowa is predicted to experience 50-degree temperatures, even into December. 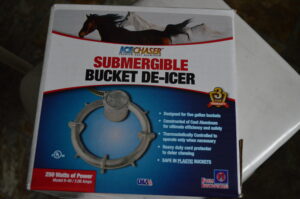 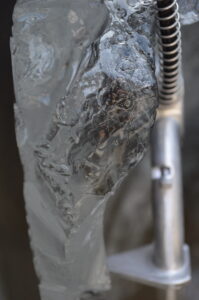 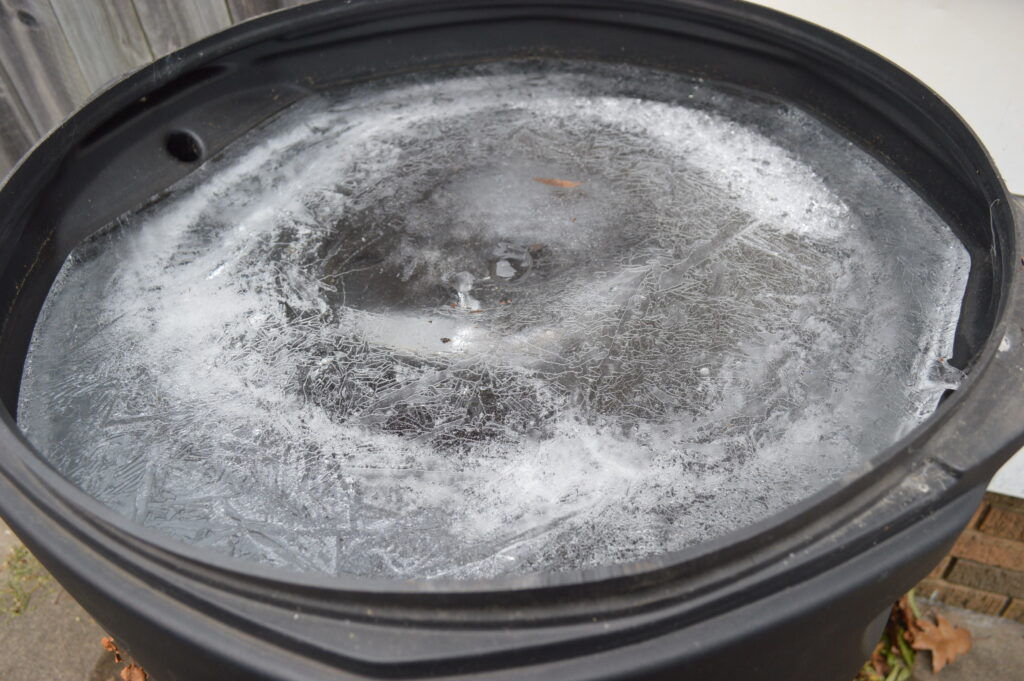 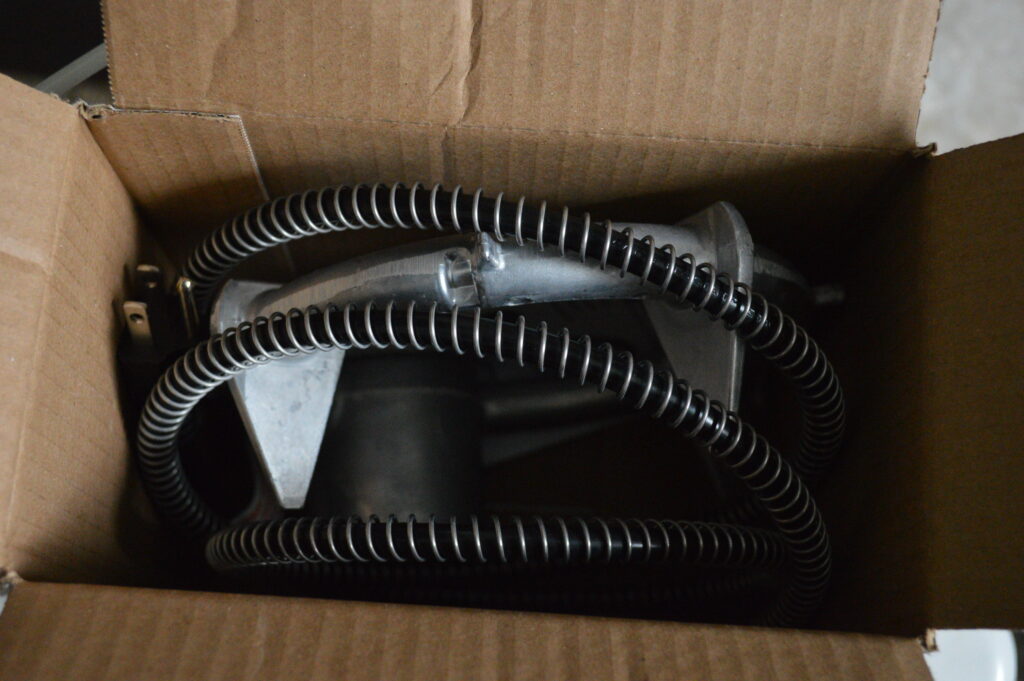 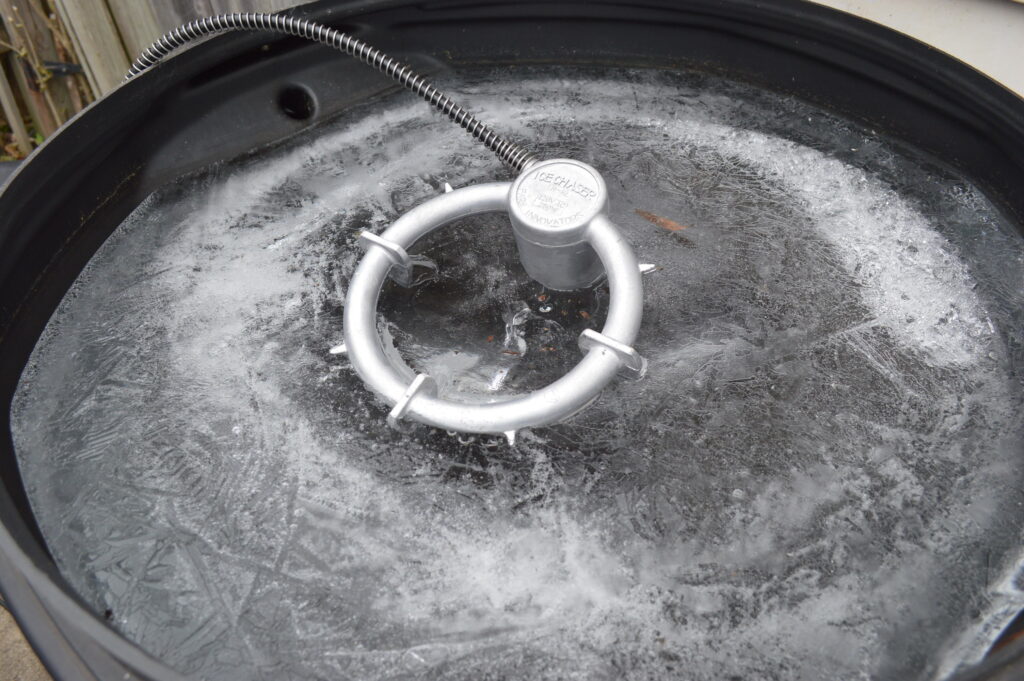 gardeninghow to save, ice, rain barrel