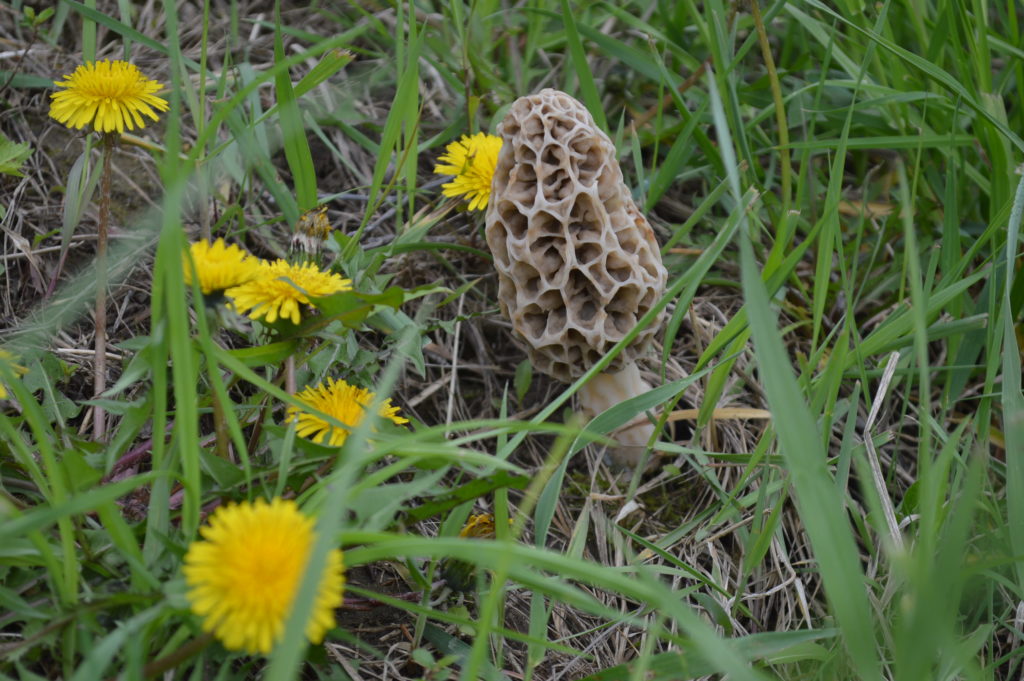 Iowa has experienced nearly perfect weather for morels this spring. The mushrooms are central to the Houby Days festival in Czech Village, in Cedar Rapids, Iowa. (photo/Cindy Hadish)

CEDAR RAPIDS, Iowa — Rain and cool temperatures have given Iowans nearly a month of ideal morel mushroom weather, just in time for the Houby Days festival, from May 17-19, 2019.

The annual event, in its 42nd year, celebrates all things houby — the Czech word for mushroom — along 16th Avenue SW in Czech Village. 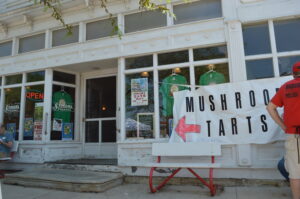 Whether or not those ideal conditions will translate into records in the festival’s mushroom contest remains to be seen. Judges determine the largest, smallest, best display and most unusual of the sponge-like mushrooms that are “hunted” in wooded areas in the spring.

During years when the morel season is fleeting, fewer mushrooms tend to be entered in the contest. This spring, an abundance of rain and just the right soil temperatures have led to discoveries of the typically rare treasures beginning in mid-April, through now.

For Iowans who haven’t found their own morels to eat, Houby Days will feature morel mushrooms for sale (in front of Merle Norman, 81 16th Ave. SW) and a “Houby Hunt” through Czech Village restaurants, in which participating restaurants will offer special dishes featuring mushrooms.

Mylar mushroom balloons will direct customers to participating restaurants. Cards are available at the festival’s information booth. Purchase is required to have a card punched, with completed cards eligible for prize drawings. 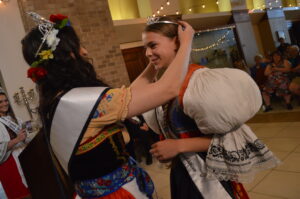 Performances by the Czech Plus Band, at 4:30 and 7 p.m., and a “Kraslice” display and sale of decorated eggs by Moravian folk artist Lenka Glassner from 4-6 p.m. are among other activities at the museum on Friday, while the carnival, music and vendors begin at 5 p.m. in Czech Village.

Saturday’s highlights include a flag raising at 9 a.m. at the Kosek Bandstand, followed by the Houby Days Parade at 10 a.m., sponsored by the Czech Heritage Foundation. Parade Grand Marshal is Dennis Hrabak, who recently retired after decades of serving as a board member and treasurer of numerous Czech organizations. Parade winners will be announced at 11 a.m. that day at the Kosek Bandstand. 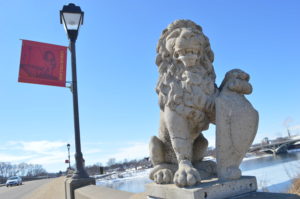 The 10th anniversary of the Czech Village/New Bohemia Main Street District will be celebrated on the Bridge of Lions. (photo/Cindy Hadish)

Other activities Saturday include live music throughout the day, a “Royal Afternoon at the Museum” at 1 p.m., “make and take” for kids from noon to 4 p.m. at the Create Exchange, 98 16th Ave. SW, and We Rock, the Youth Rock Band program at the Eastern Iowa Arts Academy at 7 p.m.

A new Miss Czech-Slovak Iowa queen will be crowned after a pageant that begins at 3:15 p.m. Saturday at the museum, with interviews, modeling of ethnic folk costumes known as kroje, and a talent performance. Doors open at 3 p.m. for the pageant, which is free and open to the public.

Also, Saturday, the Czech Village/New Bohemia Main Street District will celebrate its 10th anniversary from noon to 5 p.m. on the Bridge of Lions, which connects Czech Village to New Bohemia.

Cupcakes will be available as long as they last and other family friendly activities will be featured, including Eduskate Board Shop demonstrating how to customize skateboards; the Iowa Ceramics Center and Glass Studio showcasing wheel demonstrations and sampling of dips by the Gnarly Pepper.

Events on Sunday include live music, a kids Cabbage Roll at Sykora Bakery at noon and the crowning of the Czech prince, princess, little brothers and sisters at noon in the museum. 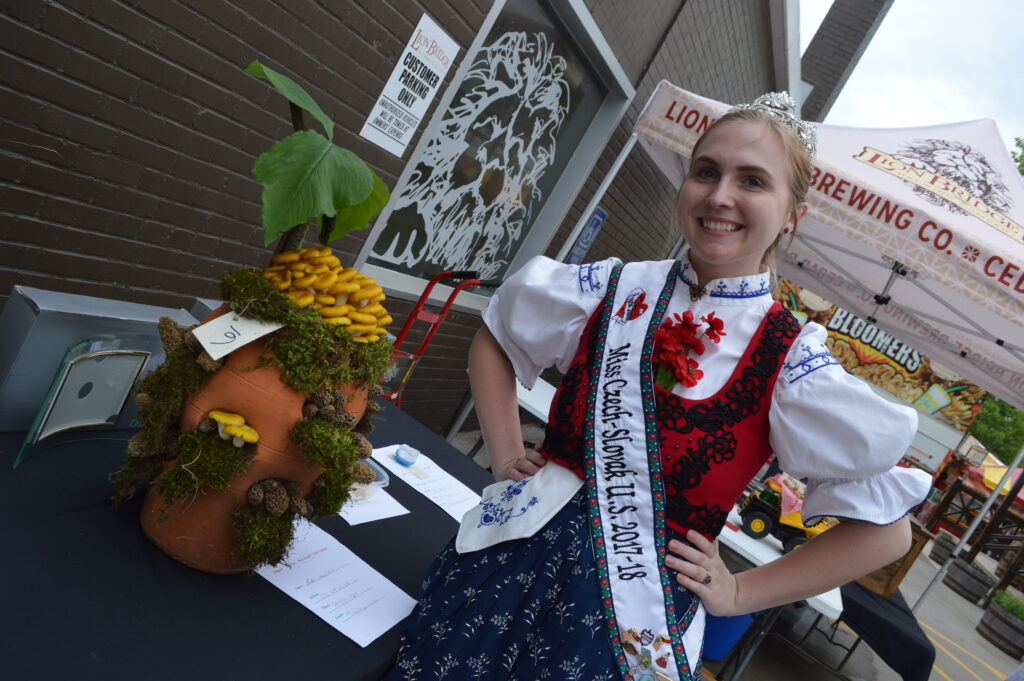 Madeline Hecker of Oklahoma, 2017-2018 Miss Czech-Slovak U.S., is shown with the winner of the best mushroom display during Houby Days 2018 in Cedar Rapids. (photo/Cindy Hadish)