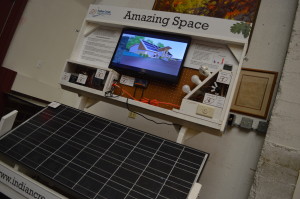 CEDAR RAPIDS – When the Indian Creek Nature Center’s new building opens in 2016, it will possess something very few facilities in the United States can boast: a completely self-sufficient energy source.

The Nature Center and Alliant Energy announced a long-term partnership today to support renewable energy education and usage as part of the center’s “Amazing Space” project.

“This unique partnership will be the first of its kind in the state,” said John Myers, executive director of the Nature Center, 6665 Otis Rd. SE, where today’s announcement was made.

Under the plan, the Nature Center will provide leased space on the roof and ground at its new site – one-half mile west of its current headquarters – for Alliant Energy to place renewable energy technologies, including a variety of solar generating panels.

Online portals hosted by the Nature Center’s and Alliant’s websites will provide  information to the public on how much energy the solar panels are generating in real-time. 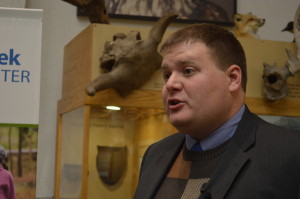 The two entities partnered on the Nature Center’s current 3.6-kilowatt solar system, developed in 2003. The solar energy system at the new building will be sized to match the needs of the entire structure, expected to be between 70 and 100 kilowatts.

That will classify the building as “Net Zero,” Myers said, a term that Iowans should expect to hear more frequently in the future, with the Nature Center as a Net Zero pioneer.

Doug Kopp, president of Alliant Energy’s Iowa utility, said the educational component is not only for the public, but for Alliant, as well. 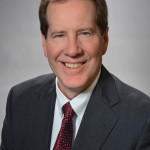 Alliant will design the system with different types of solar panels that will perform under different variables, he said, providing a learning opportunity in Alliant’s first utility-owned solar energy generation site.

Additionally, Kopp said Alliant will be testing a variety of battery systems to store excess energy and provide back-up power.

Along with geothermal and a solar thermal water-heating system, the renewable energy sources come at a cost. Myers said the Nature Center could have saved $1.4 million without the systems, but expect to have long-term savings, along with providing a model for the rest of Iowa and the nation.

With $6.25 million raised so far, Myers said the Nature Center is at 90 percent of its fundraising goal of $6.9 million.

Groundbreaking is planned for this spring, with opening in summer 2016.

Find the full story on this project in the next edition of the Corridor Business Journal.

Amphitheatre to be named after Patterson family