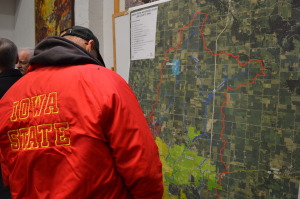 Cyclones and other Iowans discussed farm fields, rather than football fields, during a forum Saturday, Sept. 13, 2014 at the Indian Creek Nature Center. (photo/Cindy Hadish)

CEDAR RAPIDS – No one actually took a head count, but one water quality “fan” was wearing a Cyclone jacket during the “Clean Streams and Waterways” panel discussion hosted by the League of Women Voters, so in my estimation, ISU won the numbers game at today’s forum at the Indian Creek Nature Center.

Before I lose any more sports fans or others who tuned out at the mention of “panel discussion,” “forum,” or the words “water quality,” this is an easy tip to digest from Rich Patterson. One of the most simple ways to help keep water from running off your lawn and into storm sewers is to let your grass grow longer. That’s right. You’re not being lazy by allowing the grass to grow, but doing your part as an environmentalist. Deeper roots are better at absorbing rain. Patterson, former director of the Indian Creek Nature Center, also suggests homeowners who use chemical lawn fertilizer not point the finger at farmers for polluting our waterways.

The five panelists at the forum – Patterson, along with Steve Cooper, storm water coordinator for Marion; Jennifer Fencl, representing the Indian Creek Watershed Management Authority; Marty St. Clair, Coe College chemistry professor; and Linn County farmer, Curt Zingula, all had much more to share than I can summarize. 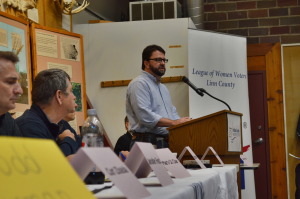 Really, you should have been there.  But as more than one member on today’s panel put it, watershed discussions are just not that sexy.

So, how do you get people, including government officials, to pay attention when it comes to environmental issues that really do affect everyone? I thought, perhaps, the star power of newspaper columnist Todd Dorman might do it.  (Or are the terms “star” and “newspaper columnist” mutually exclusive?) Dorman noted that the issue is so important to him that he gave up his tailgating spot this morning at the Iowa-ISU game in Iowa City.

I’m not saying all 70,000-plus fans should have traded their game-day tickets for a seat at the forum, as it would have made for a tight squeeze at the Nature Center, but I do wish more than 50 or so people would have turned out to hear the five panelists and Dorman, who was the keynote speaker.

I don’t know how many Cedar Rapids flash-flood victims from this June’s storms were there, or how many condo owners vs. landowners vs. farmers (Zingula noted that most farmers nowadays don’t own the land they farm,) but Iowans from all walks of life could have benefited from this conversation.

So I’m left directing you to websites and a good one to start is with Rich and Marion Patterson’s website: www.windingpathways.com

You can read why moles can be your friends and much more about being good stewards of the land. Another site for resources on watershed issues is at: http://indiancreekwatershed.weebly.com

Todd Dorman gives his insight into a measure on which builders, developers and maybe a token environmentalist on Iowa’s Environmental Protection Commission will vote this Tuesday, regarding putting four inches of topsoil back on finished construction sites at: The Gazette. 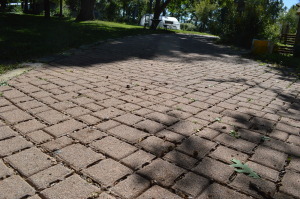 Examples of permeable pavers can be found at the Indian Creek Nature Center in Cedar Rapids, Iowa. (photo/Cindy Hadish)

And this is one of his columns about Governor Branstad’s veto to slash approved funding for the Resource Enhancement and Protection, or REAP, program, and to cut back funds for several water and soil conservation programs: Branstad veto.

No website for this one, but Steve Cooper tells me that Marion and Cedar Rapids are moving toward providing incentives – perhaps a monetary match – for residents who install rain gardens, permeable pavement (find examples at the Nature Center) or other methods to retain storm water. So, if you want to see that happen, let your City Council members know.

Patterson noted the irony of using many of those examples of storm water retention, only to have the Nature Center hard-hit during flooding in 2008 and at other times, because of  methods others are or aren’t employing elsewhere in Indian Creek’s watershed.

As Dorman noted: “In the end, it’s all about choices.”

At that point, he wasn’t referring to football game vs. forum, but every choice each of us makes that can make a difference for others in our watershed. 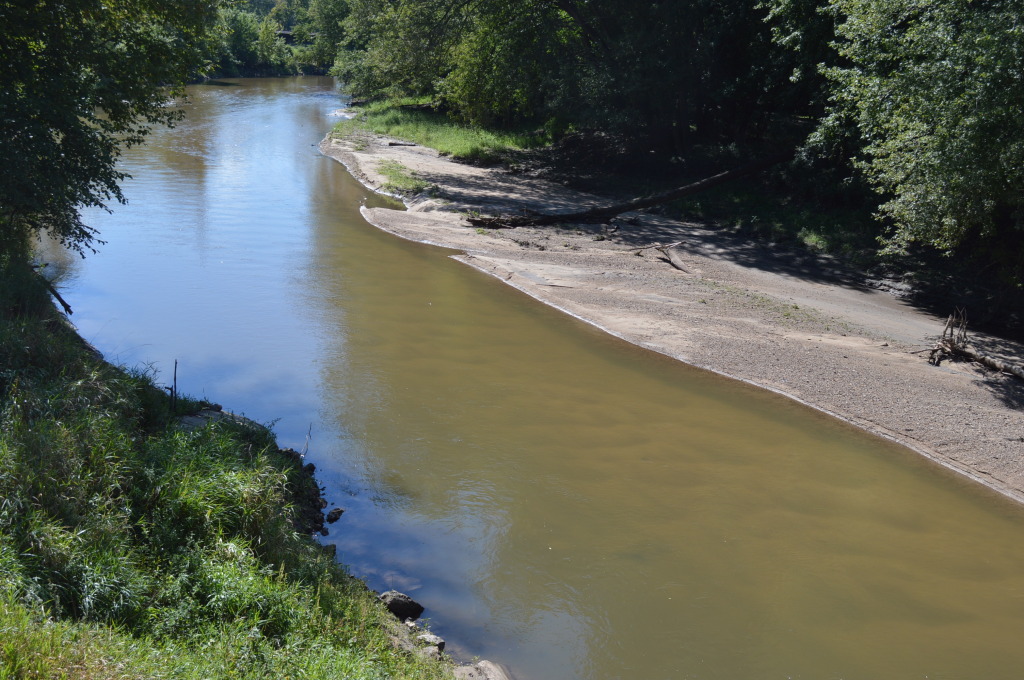