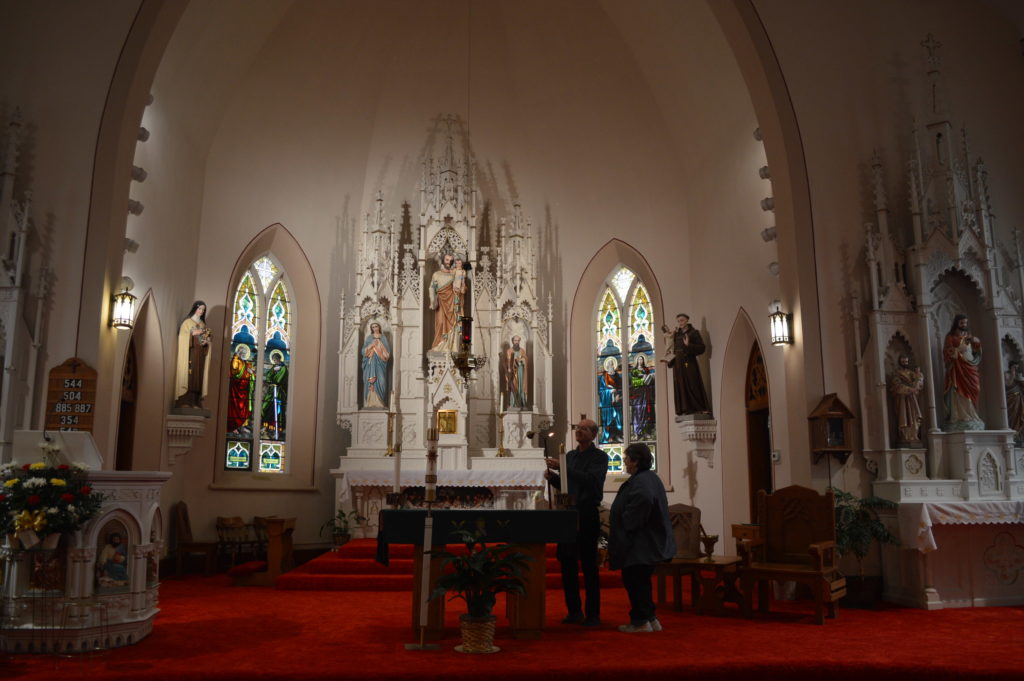 (UPDATE: To reflect the restrictions on religious gatherings were lifted statewide.)

Iowa Governor Kim Reynolds has partially lifted coronavirus-related restrictions on businesses in 77 counties as of May 1, but ordered the state public health emergency declaration to stay in place for the remaining 22 counties until May 15. Restrictions on religious gatherings were lifted statewide.

“The reality is, we can’t stop the virus,” Reynolds said during a press conference Monday, April 27, 2020, as she announced the shift. Some of the regulations, on fitness centers, restaurants and retail centers, for example, call for operating at 50 percent capacity.

“People have to be responsible,” she added, regarding Iowans traveling from restricted counties to counties that have “reopened.”

Reynolds has repeatedly stated that she would use data and metrics in her decision on when to reopen the state for business, but has been vague concerning exactly what data she is using.

On Monday, Reynolds said those factors included virus activity — where case numbers are on a downward trend — along with hospitalization and recovery rates. In 15 counties, no confirmed cases have been reported so far, though testing still is not widespread in the state.

The U.S. Centers for Disease Control & Prevention (CDC) calls for a downward trajectory in cases for two weeks and robust testing for health care workers among its reopening criteria.

Deputy Director Sarah Reisetter of the Iowa Department of Public Health last week said  Iowa’s peak is still two to three weeks in the future; the same answer she has offered for several weeks now.

On Saturday, April 25, the Iowa Department of Public Health was notified of 648 additional positive cases of COVID-19, the highest reported on a single day in the state, surpassing the record 521 new cases the previous day.

By Sunday, April 26, Iowa had recorded 5,476 total positive cases of COVID-19, and on Monday, April 27, that increased by 392 to 5,868, though Reynolds said there were 349 new cases, which subtracted a number of serology test results.

Iowa saw its single highest number of deaths — 11 — on April 24. With another nine reported on April 27, the state’s total number of coronavirus deaths now stands at 127.

Related: One family’s heartbreak after COVID-19 takes their sister’s life

Under that order, restaurants and bars are limited to take-out and delivery orders, while clothing stores and others considered “non-essential” can offer online sales, with delivery or curbside pick-up.

On Friday, April 24, Reynolds announced that elective surgeries can resume beginning Monday, April 27, and farmers markets will be allowed to open, with social distancing and other recommendations.  Read the full proclamation.

About 200 Iowans lined up Saturday in Des Moines for the first round of coronavirus testing under the new $26 million Test Iowa initiative. Results of those tests were not included in the record-high cases Iowa has seen in recent days.

Even as Reynolds is allowing certain segments to reopen in Iowa, she previously announced that schools will remain closed through the end of the school year. 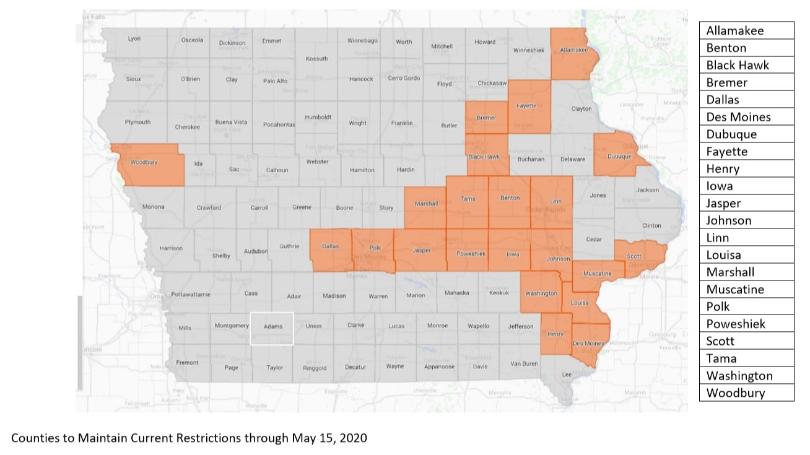