Iowa precipitation in 2018 second only to 1993; April was coldest on record 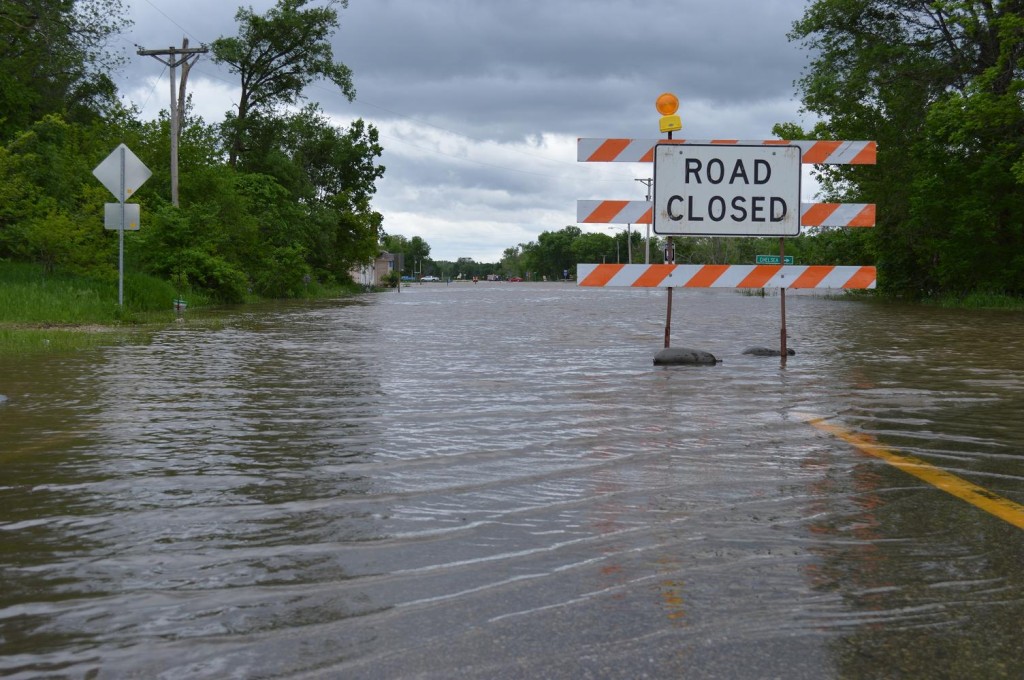 Highway 63 into Chelsea, Iowa, was closed due to flooding during a past season. Iowa’s precipitation nearly set a record in 2018. (photo/Cindy Hadish)

Recent weeks have seen little snowfall this winter in Iowa, but the past year saw nearly record-high precipitation totals.

Read on for more about 2018 precipitation and other weather-related information from the Iowa Department of Natural Resources:

DES MOINES — In 2018, Iowa received 45 inches of rainfall – nearly 10 inches more than normal. That puts 2018 second only to 1993 for average statewide precipitation, according to the year-end Water Summary Update.

While there was some dryness in the southwestern portion of the state, 27 northern Iowa counties marked their wettest year on record.

“The concerns about dryness and drought in southeastern Iowa were ended with the wet summer and fall, and the entire state is in pretty good shape for groundwater going into the normally dry months of winter,” said Tim Hall, DNR’s coordinator of hydrology resources.

Temperatures were typical of Iowa weather in 2018 – all over the map. April was the coldest on record. May was the third warmest, and this June was the 10th warmest. November was 6.4 degrees below average and December was 5.1 degrees above average.

Read more from the DNR: