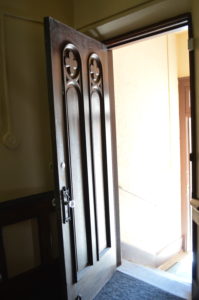 UPDATED May 22, 2020, with letter from Linn County Public Health regarding Test Iowa results.

Iowa reached another dark milestone in the coronavirus pandemic, surpassing 400 deaths from COVID-19 and seeing the deadliest day so far in the state.

While no longer reporting daily updates, the state’s coronavirus “dashboard,” which provides real-time data, shows 22 Iowans died of COVID-19 in the 24-hour period from shortly after 10 a.m. May 20 to May 21, surpassing the record high of 19 on May 5, and bringing the total number of deaths to 403.

Movie theaters, wedding venues, museums, zoos and aquariums that previously were closed can reopen Friday, May 22, and bars can open May 28 throughout the state at 50 percent capacity. Summer high school sports also will be allowed to resume June 1, and campers will find restrooms and other amenities open for Memorial Day weekend at state parks, though playgrounds remain closed.

Reynolds has brushed off warnings from University of Iowa researchers contracted by the state to forecast the pandemic’s effects in Iowa.

Reopening the economy before Iowa reached its peak would “result in a rapid rise of cases,” the researchers noted, predicting continued increases in community spread.

With restaurants, churches and other places given the green light to reopen statewide,  researchers indicated the effects won’t be known for several weeks.

Reynolds said she is relying on real-time data, rather than the modeling offered by the researchers.

She has acknowledged that most of Iowa’s deaths have occurred at Iowa’s long-term care facilities, where 37 outbreaks and 218 deaths have been reported as of May 21, but said the state is being proactive in providing testing for nursing homes.

“Gradually, we are beginning to step back into life as normal,” Reynolds said at her May 21 press conference, also announcing that criteria for TestIowa will be expanded beyond essential workers. “Anyone who thinks they should be tested, can be.”

The change will go into effect by the end of today, Reynolds said.

In response to a question about the lag in seeing the effects of reopening businesses, such as salons and restaurants, when case numbers won’t be known until June, Reynolds referred back to the gradual reopening in Iowa.

Earlier this week, Tricia Kitzmann, Community Health Manager for Linn County Public Health, sent a letter to the state, noting that Linn County had only received 20 Test Iowa results, with 16 of those results categorized as “inconclusive.”

“As of Monday, there were 823 test completed at the Kirkwood site in Cedar Rapids,” Kitzmann wrote. “This number seem(s) very low compared to what the Governor continues to say the capacity our state has for testing in Iowa.”

She noted that there also are concerns that Linn County residents who have completed the assessment are not being allowed to get a test.

“It is now the end of the day on Monday, and we still do not have any additional information about Linn County residents being tested,” Kitzmann wrote. “We do not know the total number of tests have been conducted for Linn County residents. Our team is very interested in this number. Additionally, we are not seeing very high numbers of attendees at the site. Monday was the first day we saw over 200 tests perform. We would like to know how many individuals have been given an appointment for testing compared to the number that actually arrived for their appointment.”

Kitzmann said the information is needed for additional testing options, for disease follow-up and contact tracing. She also requested the number of negative tests.

“It is hard to get a picture of the positivity rate if we do not know the number of negative tests as well. According to state code, both negative and positive COVID-19 tests are required to be reported,” she wrote. “How can we receive this information so that we can find the gaps to continue our outreach efforts? This should be a team effort (Federal, State and County) as we try to maximize testing services for our residents. We feel that we are at a disadvantage as the data is not being shared at the county level to allow for a complete testing picture. Additionally, when we receive timely results we begin contact tracing and isolation measures to mitigate spread of the infection. Due to the lag time between testing and results, we are delayed in our response.”

Deputy Director Sarah Reisetter of the Iowa Department of Public Health said she is aware of the concerns about the test results.

“We’re looking into the concerns and we will resolve them as quickly as we can,” she said during the press conference.

When asked if the testing delays are more widespread, Reynolds referred to the increasing number of tests offered by Test Iowa.