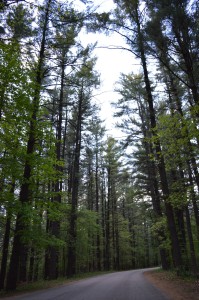 Trees are being removed in Iowa faster than they are being planted, according to a new report from the USDA Forest Service. At one time, 18 percent of the state was woodland; now it’s down to 3 percent.

Read more of the report, passed along by the Iowa Department of Natural Resources:

Iowa’s woodlands have shrunk by 40,000 acres, according to the latest Forest Inventory Analysis conducted by the USDA Forest Service, marking the first time since 1974 that Iowa has lost woodland acres.

“This report provides us with hard data that backs up our anecdotal evidence,” said Paul Tauke, chief of the Forestry Bureau and State Forester for the Iowa DNR. “We’re seeing more tree clearing in the last three years than the previous 20 years.”

Based on the report, Iowa’s forest acres have dropped below the 3 million mark.

“Our concern as foresters is, we would like to see more trees out there, not fewer,” he said.

Pre-settlement, Iowa had an estimated 6.8-7 million woodland acres. At its peak, about 18 percent of the state was wooded. Today, Iowa has about 3 percent wooded.

“This is the first time in my career that I can say I believe more trees are being removed than are being planted,” said Tauke, whose career began in 1988.

Tauke said tree inventory can be somewhat cyclical based on economic factors, but that the trend line can be reversed in Iowa.

“Most Iowans like and value trees. In a state where most of our landmass is devoted to annual crops, I think we have a special appreciation as well for the long-term value of trees that span the generations,” said Tauke.

Tauke said the DNR Forestry Bureau can assist Iowans in adding additional trees to the landscape through the expertise of its foresters and from products through the state nursery.

Trees offer tremendous economic benefits from private homeowners to industry with more than $30 million being paid annually to private landowners for wood harvest.