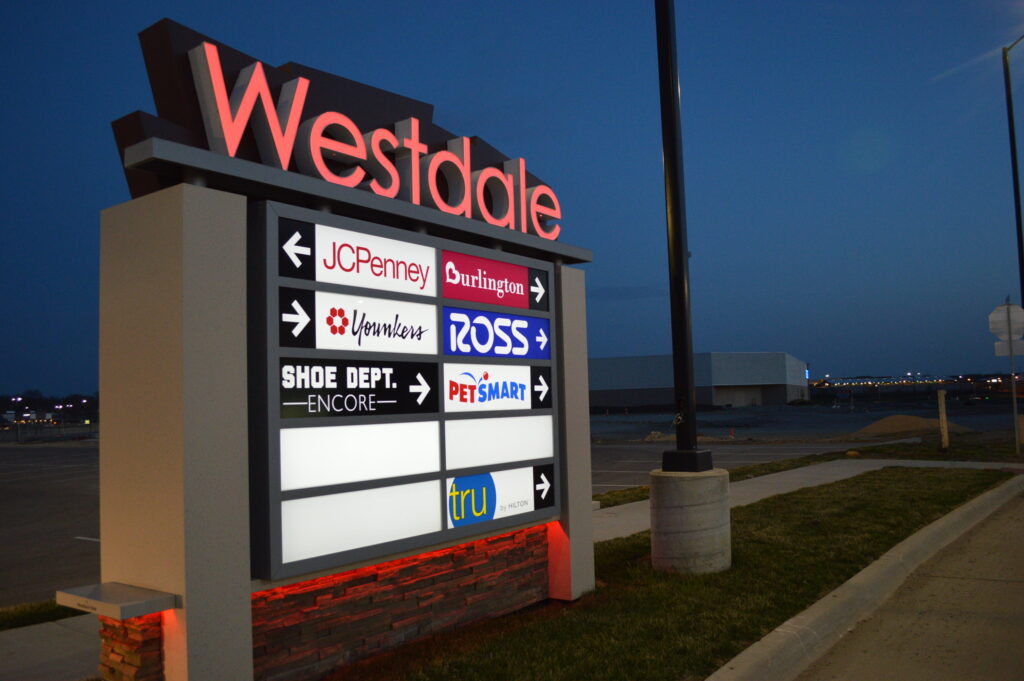 A verdict was reached in the death of Michelle Martinko, killed more than 40 years ago in a parking lot at Westdale Mall in Cedar Rapids, Iowa. (photo/Cindy Hadish) 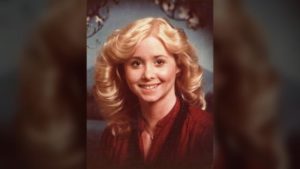 Martinko’s death was considered a cold case until new DNA technology paired with genetic genealogy to pinpoint Jerry Burns, then 64, as a suspect. He was arrested on Jan. 19, 2018, exactly 39 years after her death.

Burns, 66, of Manchester, was silent and did not appear to react as Sixth Judicial District Judge Fae Hoover polled each of the 12 jurors on Monday, Feb. 24, 2020 in Davenport, where the trial was moved.

He faces a mandatory sentence of life in prison at his sentencing, which will happen in the coming weeks. 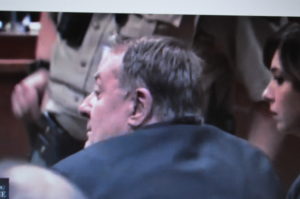 Image of Jerry Burns from livestream video during closing arguments of the Iowa murder trial.

Martinko’s parents have since died, but her sister was present at the courthouse for the verdict.

After a morning of closing arguments from the prosecution and defense, jurors began deliberations just after 1 p.m. and returned with their verdict shortly after 4 p.m.

During closing arguments, First Assistant Linn County Attorney Nick Maybanks said Burns offered no explanation of how his DNA mixed in with Martinko’s blood on her dress. A DNA match also was found on the car’s  gear shift selector.

“Common sense and intuition now allow us to connect the dots,” Maybanks said of the time that elapsed between Martinko’s death and advances in DNA technology. “In a 1972 Buick in a cold parking lot, only two people’s DNA was found.”

Defense attorney Leon Spies, representing Burns, said Burns was a young married man with two children, living in Manchester and working as a feed supply salesman in Elkader in 1979, a good distance from Cedar Rapids.

Spies questioned the handling of evidence in the case during the occasions Martinko’s clothing was tested and repackaged.

Prosecutors alleged Burns had illicit motives when he approached Martinko, but when she  fought back and he realized she had seen his face, “he had to kill her, so his life wouldn’t be ruined,” Maybanks said.

Friends who had seen Martinko the night of her murder at Westdale Mall and beforehand at a concert choir banquet testified, as did several law enforcement officials and DNA experts.

The defense called just one expert witness, who called into question the DNA evidence.

Martinko’s death haunted many locals who have wondered for more than 40 years what happened that night.

Although some still have questions about a motive and other details never revealed, several supporters of Martinko’s family celebrated the verdict in various social media forums.

“Justice for Michelle!” others posted.