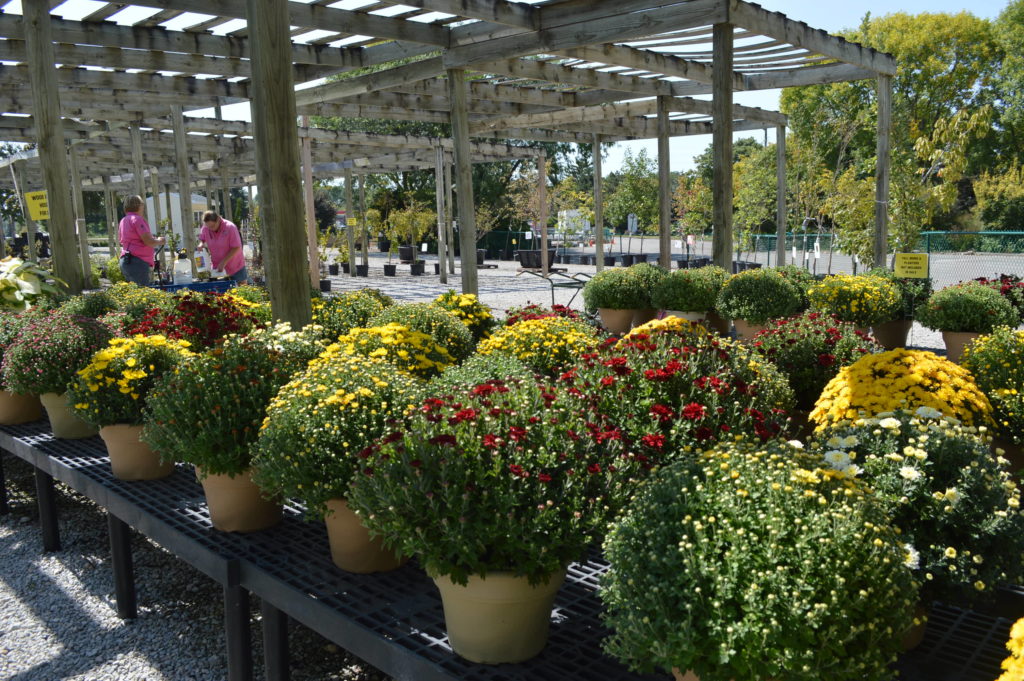 Mums were among the last plants for sale at the store, which will close its doors around the end of September 2017. (photo/Cindy Hadish)

CEDAR RAPIDS – A garden shop and nursery that marked 60 years in business last year will close its doors near the end of this month.

Related: Read about the store’s history 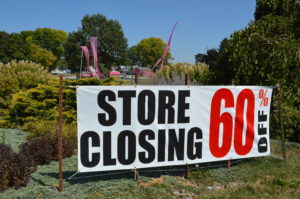 Items recently were being sold at 60 percent off. (photo/Cindy Hadish)

While the landscaping side of the business will continue elsewhere, Peck’s Green Thumb Nursery, 3990 Blairs Ferry Rd. NE, will end operations of its retail store sometime around Sept. 30, said co-owner Pat Hines.

The garden center’s property, at the corner of Blairs Ferry and Edgewood Road NE, is being sold and will be developed as a retail center.

Hines added that the landscaping portion of the business will operate from a different, as yet unspecified, site.

Her late parents, “Peck” and Myrtle Peckosh, founded the business in 1956, then at Center Point Road near Collins Road NE, with a focus on landscaping.

In 1980, the second generation of the family took over the business: Hines, her brother, Ken Peckosh, and sister Pam DeSotel, along with their spouses, Russ Hines, Shirley Peckosh and Craig DeSotel.

At the same time, the business moved to its current location on 20 acres at a spot that initially was at the edge of Cedar Rapids, but has since become a bustling hub. 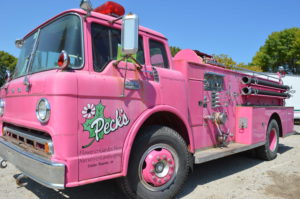 A pink firetruck was among the items being sold at Peck’s in Cedar Rapids. (photo/Cindy Hadish)

In recent years, customers could choose from more than 200 varieties of rosebushes, 400 varieties of perennial flowers and ground covers, a third of an acre of annuals and hanging baskets in the greenhouses, plus acres of trees and shrubs.

Indoors, the selection was just as varied, with bird baths, Isabel Bloom figurines and other garden art, Willow Tree Angels, houseplants and other gift items. The flower shop offered arrangements designed by professional florists and delivered throughout the metro area and beyond, while at the other end of the store, customers could purchase seeds and other necessities for growing a home garden.

As of last week, most of those items were gone, with a “retirement” sale well underway.

Shirley Peckosh said the family has helped generations of customers with their gardening and landscaping needs.

“We’ve been blessed with great customers, with great growers and with a great staff,” she said. “We’ll miss everyone.”

See photos of the end of Westdale Mall and the Marion Maid-Rite. 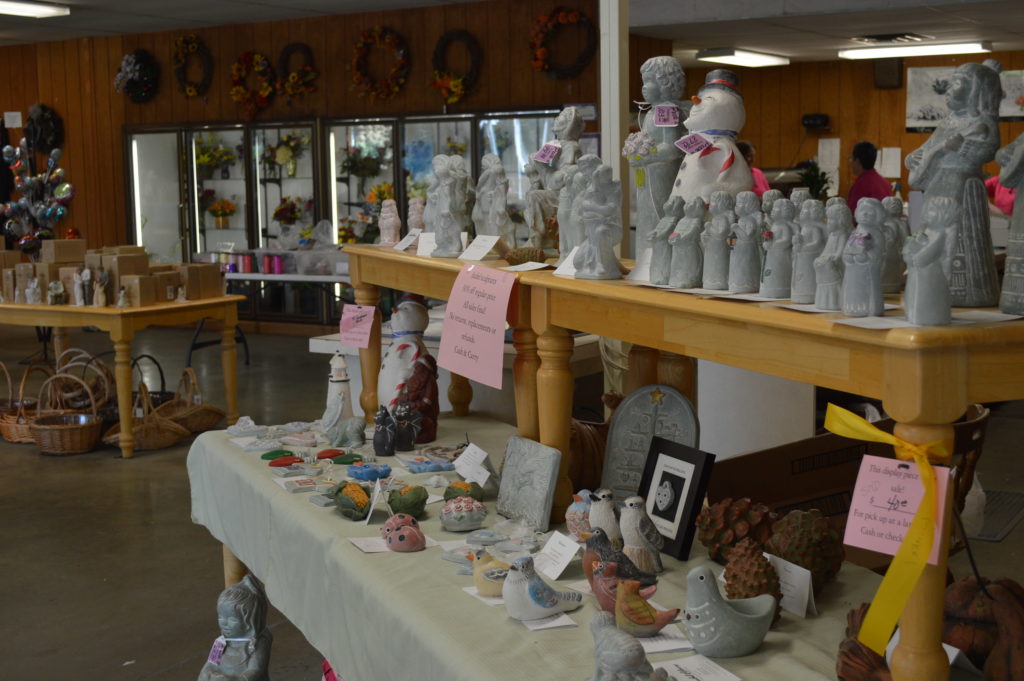 Figurines, plants and more are among the items sold at the store in Cedar Rapids, Iowa. (photo/Cindy Hadish) 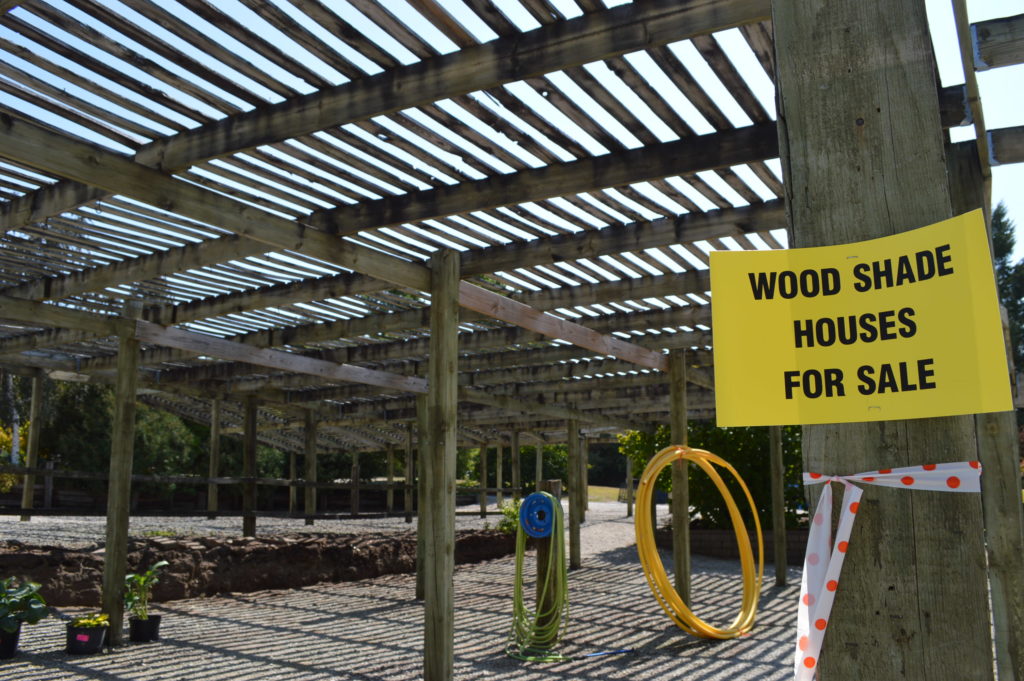 Wooden shade houses were among the fixtures being sold in recent weeks at Peck’s. (photo/Cindy Hadish) 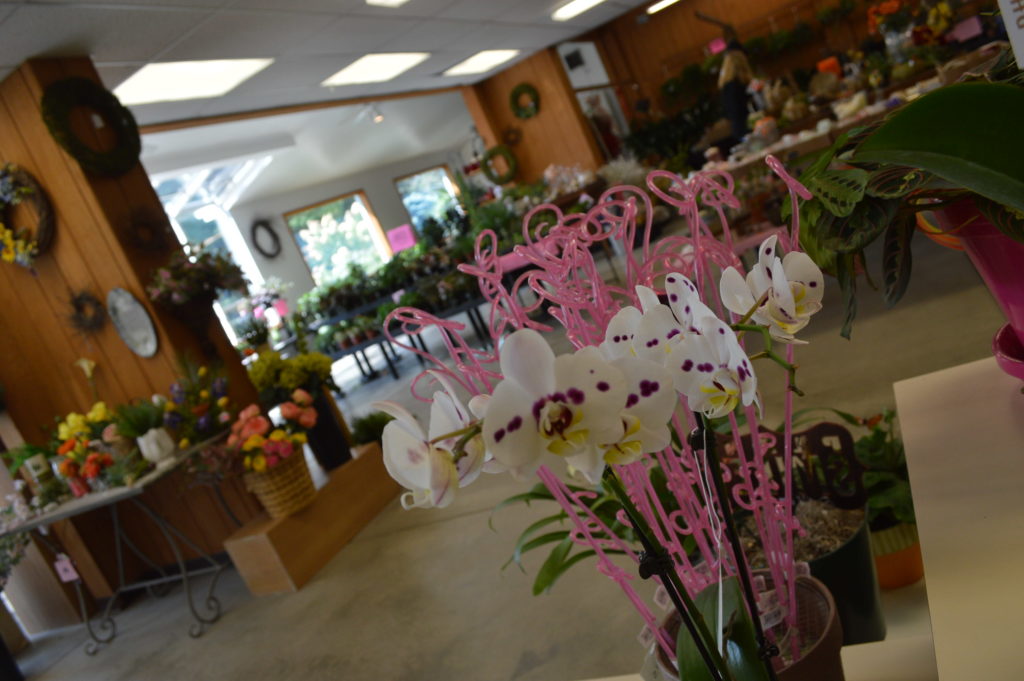 The interior of Peck’s was filled with numerous gift items. (photo/Cindy Hadish) 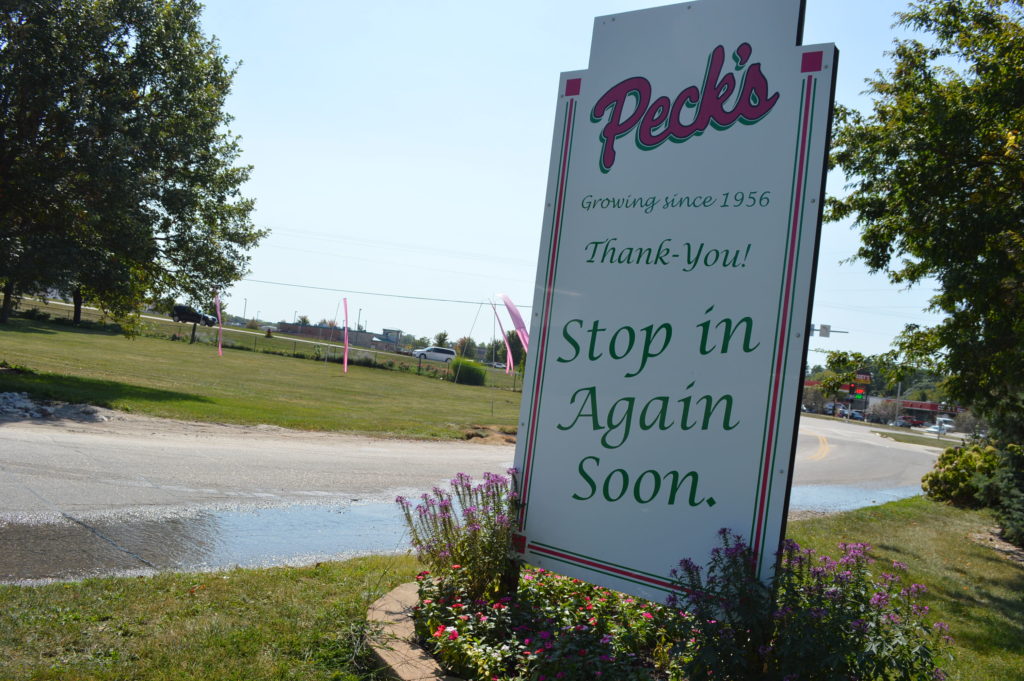 Peck’s will close its doors around the end of September 2017, and will be replaced by a retail center. (photo/Cindy Hadish)