Not haunted; couple leaves behind their dream mansion in Iowa for a different reason 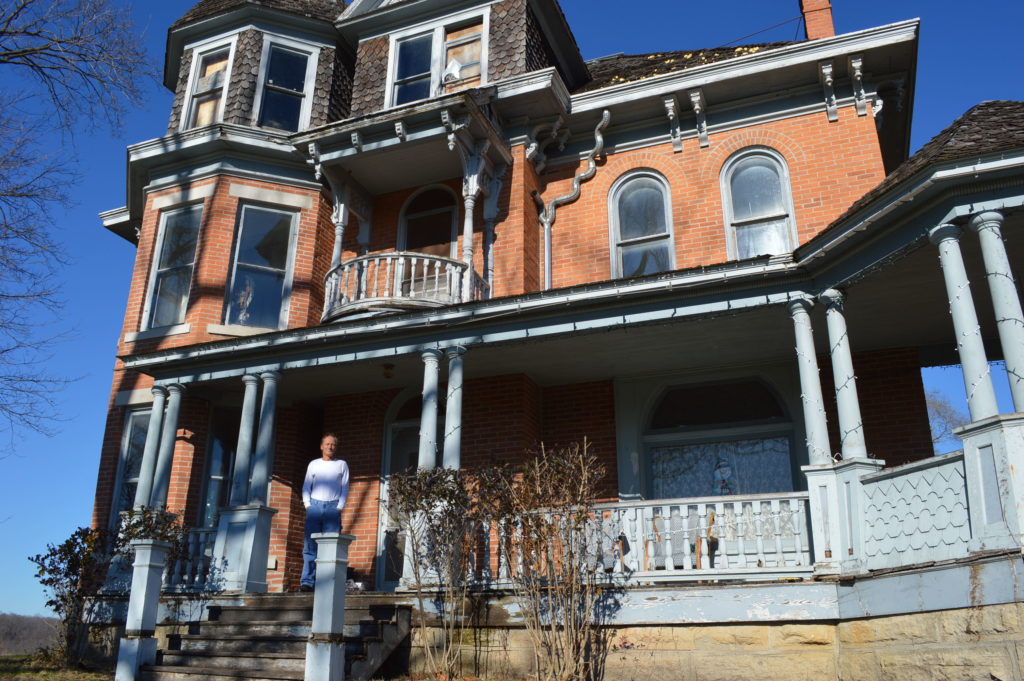 Randy Pittman stands on the porch of his mansion in Bonaparte, Iowa, shortly after he and his wife purchased the home in 2016. (photo/Cindy Hadish)

Randy Pittman wonders if he might garner more interest in the brick Victorian mansion he and his wife are selling in Bonaparte, Iowa, if they could claim it was haunted.

As it stands, though – fortunately or not – “it’s the most comfortable house I’ve ever lived in,” Pittman said. “It’s absolutely not haunted.”

He and his wife, Pamala, had never stepped foot in Iowa, but moved to the state from New Mexico with their horses and three grandchildren in 2016 when they fell in love with the mansion after seeing photos online. 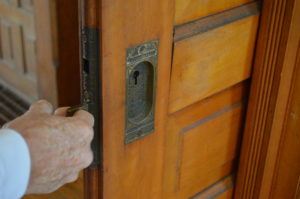 Pocket doors are among the home’s original features. (photo/Cindy Hadish)

At the time, the 1872-built, 8-bedroom home was in disrepair, with an asking price of $99,900. Still, they saw potential in its magnificent grand staircase, stained glass windows, hardwood floors and pocket doors.

The couple replaced the roof that had been leaking over the widow’s walk, fixed broken windows and repaired ceilings and more in six of the eight bedrooms.

While Randy acknowledges there is still work left to do, the property has undergone numerous upgrades, including new waterlines from the street to the house, new phone and fiber optic cables, as well as plumbing and electrical. 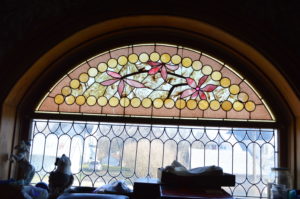 With 8,500 square feet, including the full basement and third floor, plus 52 windows, the mansion needs the right owners who will take proper care of this jewel, he said.

For a time, it appeared he and his wife were the perfect fit, but after just two years, they moved back to New Mexico.

It wasn’t the harsh Iowa winters – or any ghosts – that factored in their decision. Randy’s mother became seriously ill during the time they were away, so the couple, their grandchildren and horses packed up last year to return south.

Since then, they have had several people express interest in the home, but most “just want me to give it away,” Randy said.

He said his asking price is firm: $159,900, which includes the hilltop house on 2.27 acres with fruit trees and grapes vines. 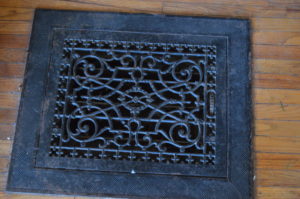 A metal floor grate is shown inside the Meek Mansion in Bonaparte, Iowa. (photo/Cindy Hadish)

See the listing on Zillow.

Bonaparte, a town of just over 400 people in southeastern Iowa, has a surprising number of historic homes, with a scenic historic district along its riverfront.

The Pittman’s mansion was built in the 1860s to 1870s by a leading Bonaparte businessman, Robert Meek, whose family started the town’s mills and hosted gatherings in the home’s third-floor ballroom.

Randy said only once was he spooked inside the mansion. He was vacuuming and thought his wife was standing nearby on the stairs, watching him. 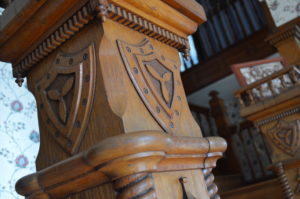 Ornate detailing can be seen in the newel post. (photo/Cindy Hadish)

“I swear I saw her,” he said. “But I turned around and there was nobody there.”

So perhaps any would-be ghost hunters can still hold out some hope.

Read about the history of Bonaparte in this piece by the Van Buren County Historical Society.

Learn more about Bonaparte and other stops along Iowa’s Historic Hills Scenic Byway and see more photos from the mansion, below: 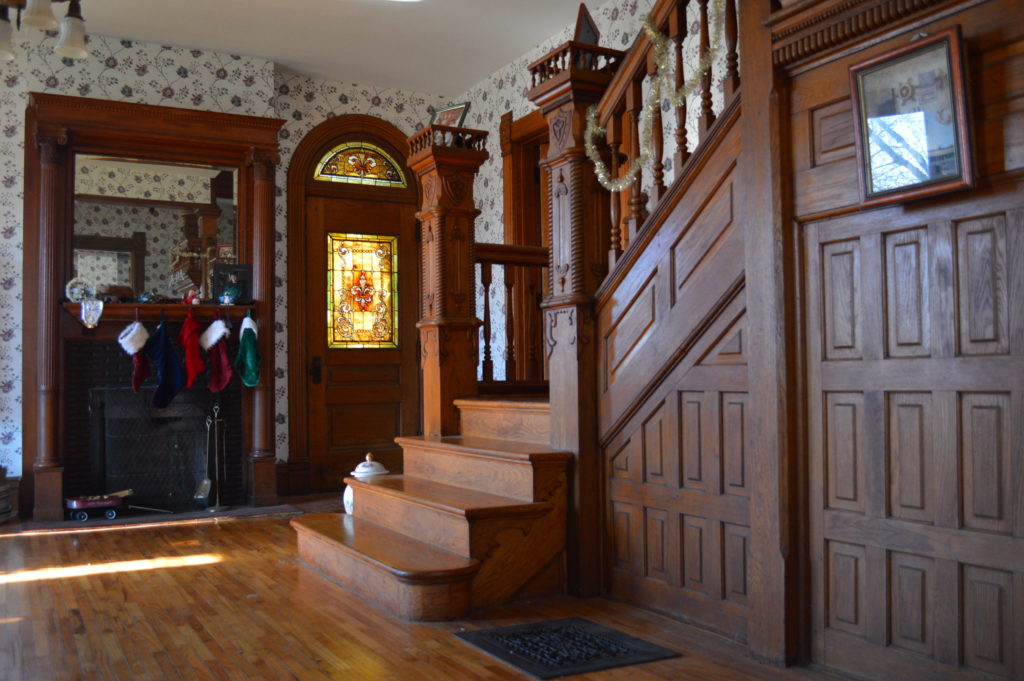 The grand staircase is shown in the mansion in Bonaparte. (photo/Cindy Hadish) 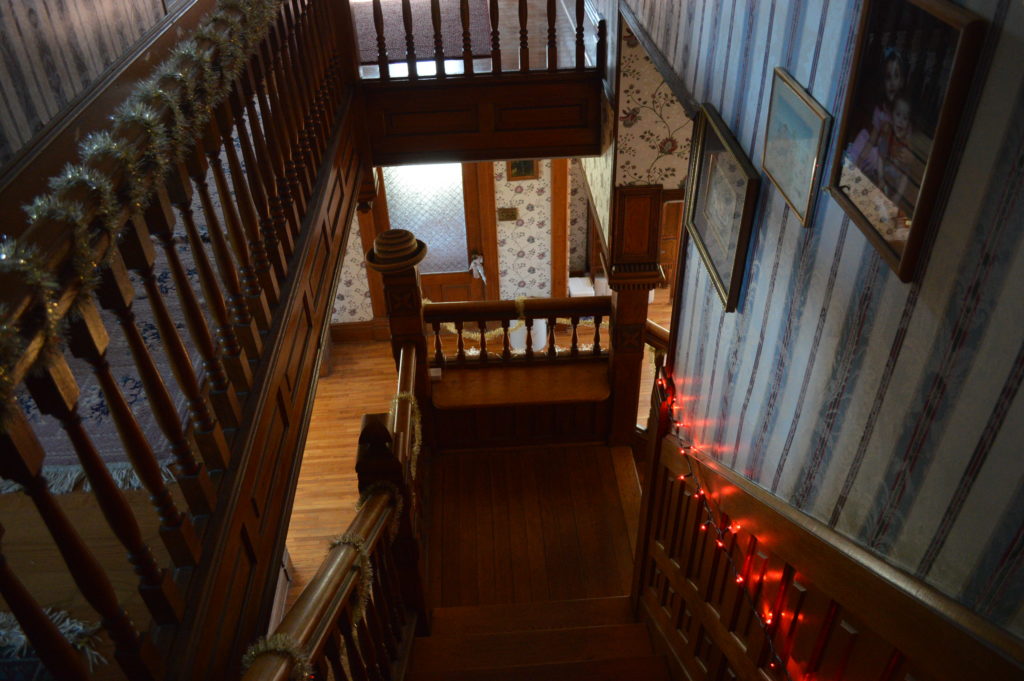 A view from the top of the staircase. (photo/Cindy Hadish) 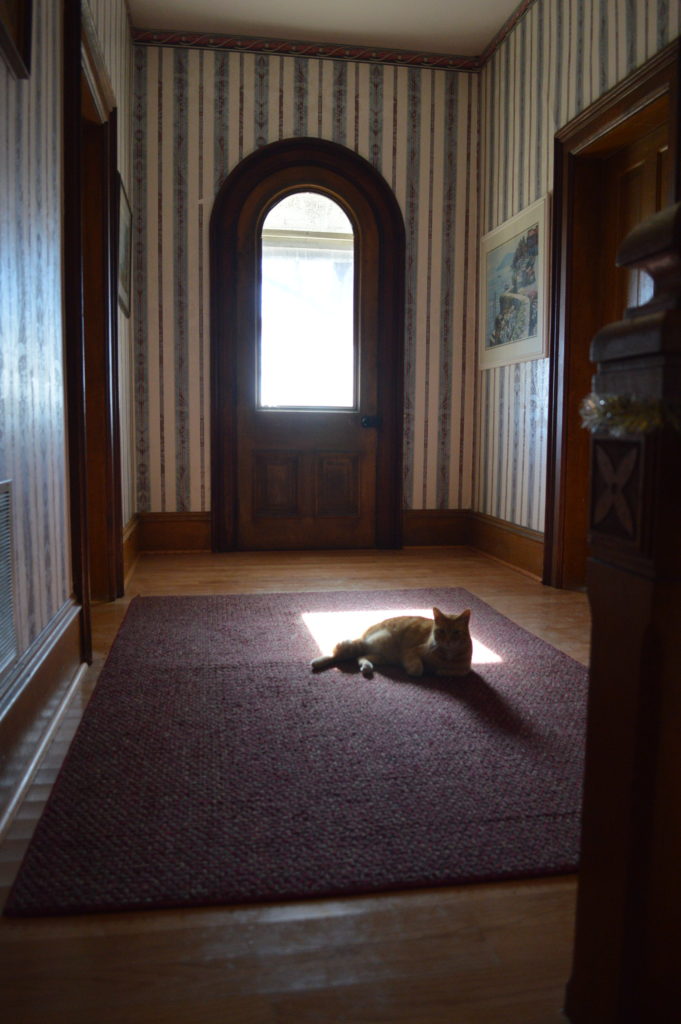 The family’s cat lounges inside the mansion in Bonaparte. (photo/Cindy Hadish) 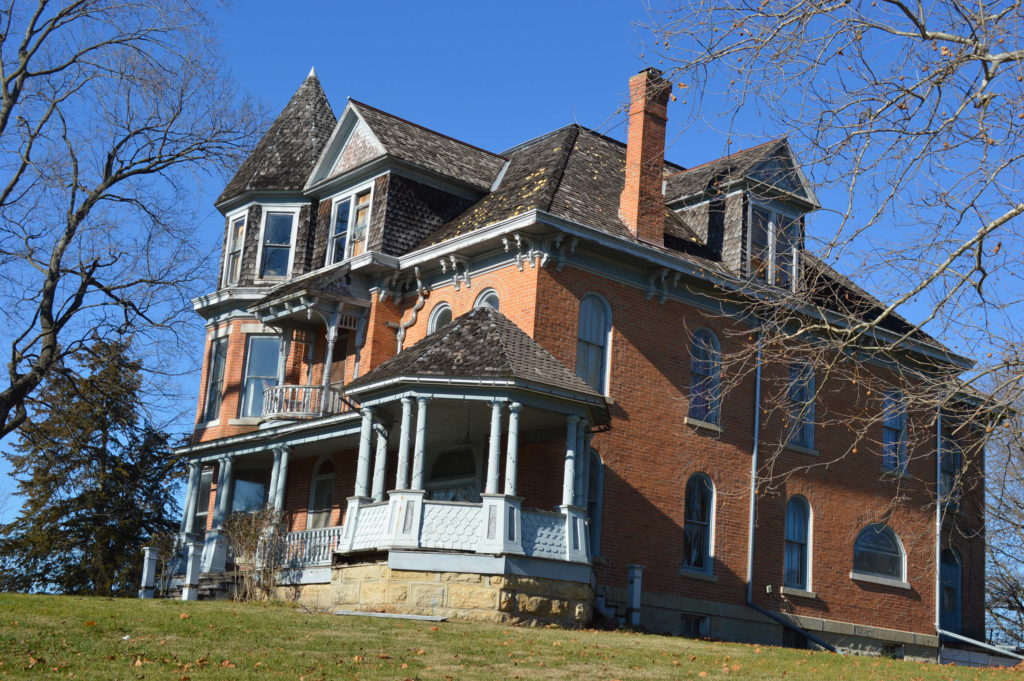 The historic Victorian mansion, shown in 2016, sits on a hilltop on more than 2 acres in southeastern Iowa. (photo/Cindy Hadish)