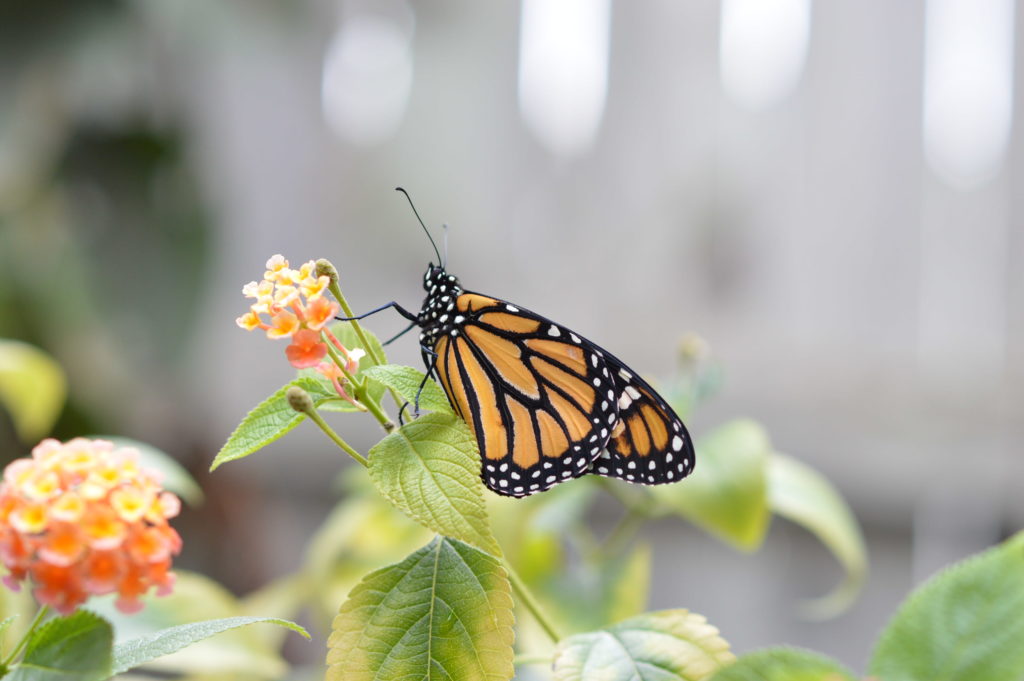 Recognized by their orange and black wings, monarch butterflies have qualified for protection under the Endangered Species Act, but federal officials delayed their listing. (photo/Cindy Hadish)

Monarchs qualify for listing under the Endangered Species Act, but federal officials are holding off on adding the butterflies to the list.

“We conducted an intensive, thorough review using a rigorous, transparent science-based process and found that the monarch meets listing criteria under the Endangered Species Act,” U.S. Fish and Wildlife Service Director Aurelia Skipwith said in a news release Dec. 15, 2020. “However, before we can propose listing, we must focus resources on our higher-priority listing actions.”

With this decision, the monarch becomes a candidate for listing as threatened or endangered, but the butterfly and its habitat will not be legally protected while its status is reviewed annually.

Learn more about the decision from the U.S. Fish and Wildlife Service: 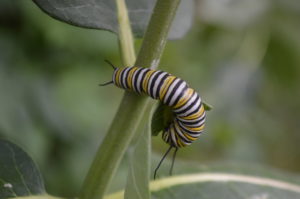 In 2014, the Service received a petition to list the species and published a substantial 90-day finding in December 2014. In 2016, the agency began an in-depth status assessment, looking at the global population as well as focusing on monarchs in North America, where 90% of the world’s population occurs.

“The Association of Fish and Wildlife Agencies has been working side-by-side with the U.S. Fish and Wildlife Service on voluntary monarch butterfly conservation since 2014. We’ve made great strides, including raising awareness and restoring key habitat, but we still have a long way to go for a sustainable, long-term impact. Moving forward, we’ll continue to be a close partner in our collaborative efforts to restore this iconic species,” stated Sara Parker Pauley, Director of the Missouri Department of Conservation and President of the Association of Fish and Wildlife Agencies.

The Service used the best scientific information to evaluate threats to the monarch, including habitat loss, climate change and exposure to pesticides, and used a model to create millions of simulations of future conditions to estimate the risk of extinction. The agency launched a monarch conservation database and gathered vast quantities of data on existing and future conservation efforts that benefit the monarch across the continent. The resulting assessment was then peer reviewed.

After a thorough review of the best available scientific and commercial information, the Service found that listing the monarch butterfly as an endangered or threatened species is warranted but precluded by higher priority actions to amend the Lists of Endangered and Threatened Wildlife and Plants. Therefore, the Service is adding the monarch butterfly to the candidate list and assigning it a listing priority number of eight. This priority number indicates the magnitude of threats is moderate and those threats are imminent.

The Service prioritizes work on imperiled species through its National Listing Workplan. Currently, listing actions for 161 species on the workplan (64%) are a higher priority than the monarch. These species include plants, insects, freshwater mussels, fish, birds and mammals. Obligations to meet court orders and settlements due to litigation can affect when the agency works on some species. 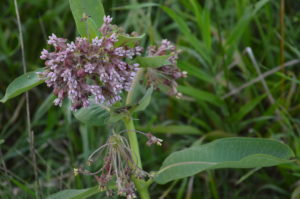 Robust conservation efforts are ongoing across the continent, including partnerships with states, tribes, Canada and Mexico, local communities and conservation organizations, to address threats to the monarch and to bolster milkweed abundance and other habitat needs.

“The Rights-of-Way as Habitat Working Group is focused on conserving monarchs and other pollinators through habitat conservation on energy and transportation lands throughout the United States,” said Iris Caldwell, program manager of the University of Illinois-Chicago’s Energy Resources Center. The center administers a historic 2020 agreement between the U.S. Fish and Wildlife Service and the University of Illinois-Chicago that encourages transportation and energy partners to participate in monarch conservation by conserving habitat on potentially millions of acres of rights-of-way and associated lands. “The Service’s decision underscores the important work we have ahead of us, particularly over the next couple of years. We will continue to encourage energy and transportation partners to join the agreement as we all come together to save the monarch,” continued Caldwell.

American Farm Bureau Federation President Zippy Duvall said, “America’s farmers welcome the U.S. Fish and Wildlife Service’s decision to continue monitoring the health of the monarch butterfly population. Preserving natural surroundings for America’s wildlife has long been a priority for America’s farmers and ranchers. More than 140 million privately-owned farm and ranch acres are enrolled in voluntary conservation programs, providing habitats for countless animals and insects, including the monarch. Farm Bureaus across the country have been involved with state and regional planning efforts for the monarch – joining forces with the energy and utility sectors, those who manage natural areas, and our urban hubs across the country – to meet ambitious goals for the species. The warranted but precluded decision will give all stakeholders time to continue conservation and research efforts.” 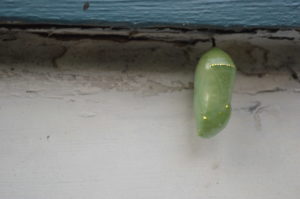 A chrysalis hangs from a window ledge in Eastern Iowa. (photo/Cindy Hadish)

Adult monarch butterflies, easily recognized by their orange and black markings, feed on nectar from flowers. Monarchs lay their eggs exclusively on milkweed, the sole source of food for monarch caterpillars. Two long-distance migratory monarch populations occur in North America; the largest is east of the continental divide and overwinters in the mountains of central Mexico. Monarchs west of the continental divide overwinter primarily along coastal California. Monarchs also inhabit about 90 other countries, islands or island groups around the world, but these monarchs are believed to have originated from the North American population.

Monarchs are known for their phenomenal spring and fall migrations, traveling across the continent to and from wintering sites. In eastern North America, monarchs travel north in the spring, from Mexico to Canada, over two to three successive generations, breeding along the way. Western monarchs continue to occupy and breed in warmer climates throughout the summer. The final generation in the fall makes the return trip to wintering sites in Mexico and coastal California. Unlike previous generations, which complete their life cycle in four weeks, these “super generation” monarchs live for six to eight months and may travel thousands of miles to return to wintering grounds. These monarchs then begin the multi-generational migration the following spring. Because monarchs travel long distances, it is critical to maintain reliable sources of nectar plants for them to feed on and ample milkweed on which to lay their eggs.

Because monarchs are solely dependent on milkweed during the caterpillar stage, efforts to boost the number of milkweed stems across the country are the basis for many monarch conservation plans.

More information about the Service’s finding on the monarch and tips on how to help conserve monarch butterflies are available here: https://www.fws.gov/savethemonarch.