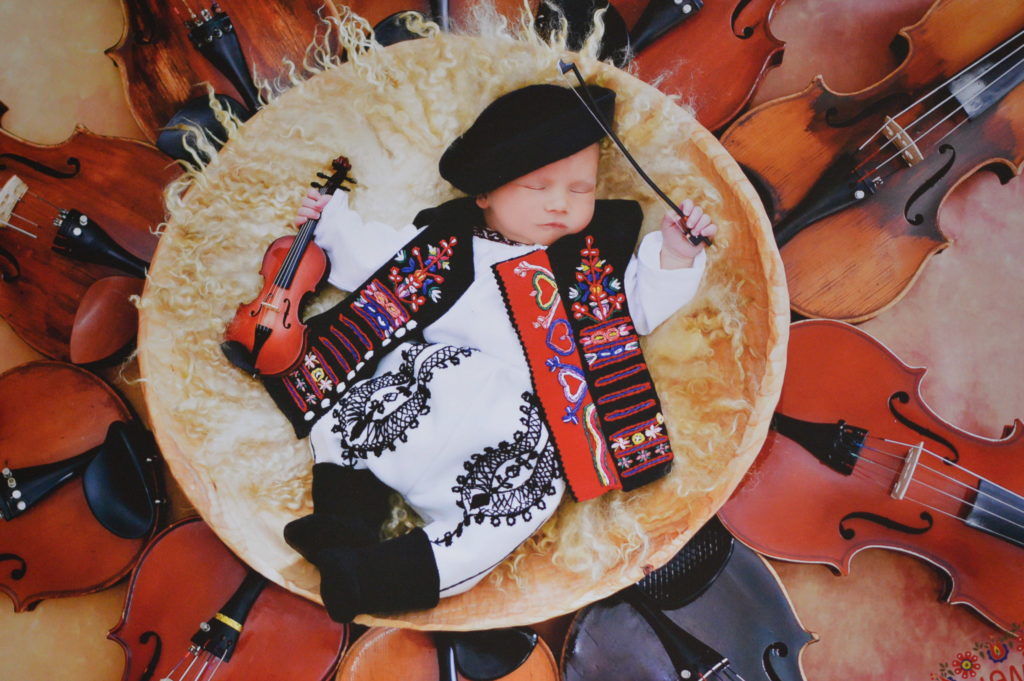 Combining the two created a unique art form “that merges the innocent beauty of newborns with the treasured works of our ancestors,” Klučiarová said during the opening of a new exhibit at the National Czech & Slovak Museum & Library. 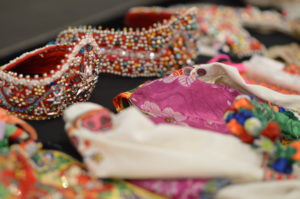 Sponsored by Western Fraternal Life, the exhibit runs through Oct. 9, 2019, at the museum, 1400 Inspiration Place SW in Czech Village. Visitors can take home some of those works of art in the form of calendars and postcards, sold at the museum store.

Selections of the Baine/Cincebeaux Collection of Czech & Slovak Folk Dress and Folk Art are displayed next to the 36 large portraits in the exhibit in the Smith Gallery.

Cincebeaux brought examples of the costumes and allowed visitors to try on headdresses, including elaborate wedding head pieces. Each village has its own style of kroje, she noted, and the head pieces signify if a woman is married or single, among other stages of life.

See more photos from the exhibit opening, below, and learn more about Czech events in Iowa. 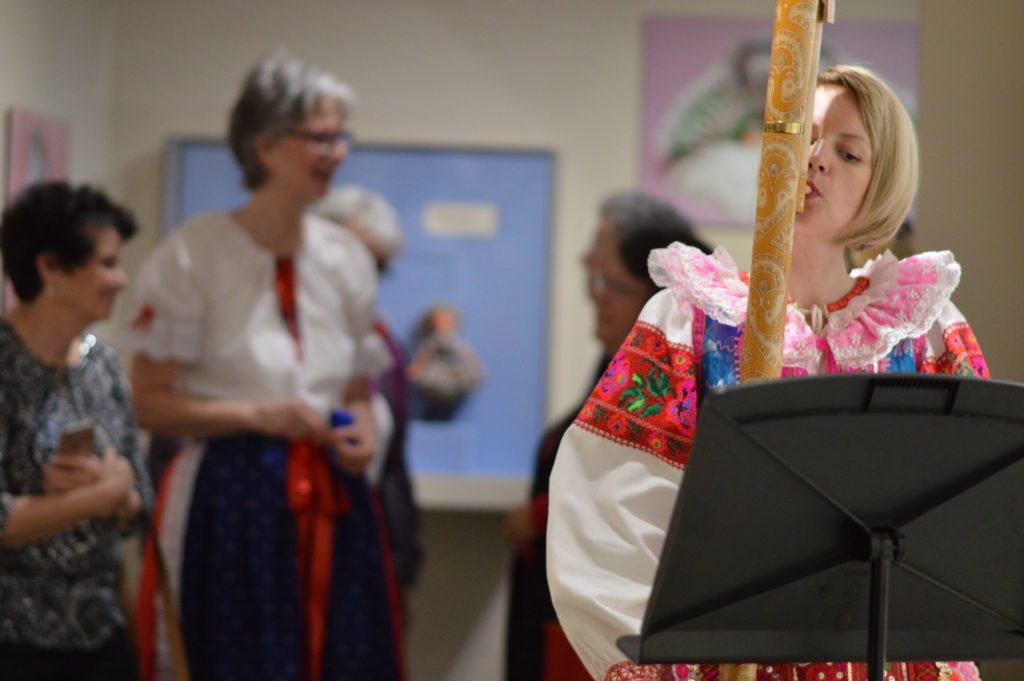 Slovak photographer Monika Klučiarová performs a lullaby on the fujara, a traditional instrument made of maple, during the opening of the exhibit at the National Czech & Slovak Museum & Library. (photo/Cindy Hadish) 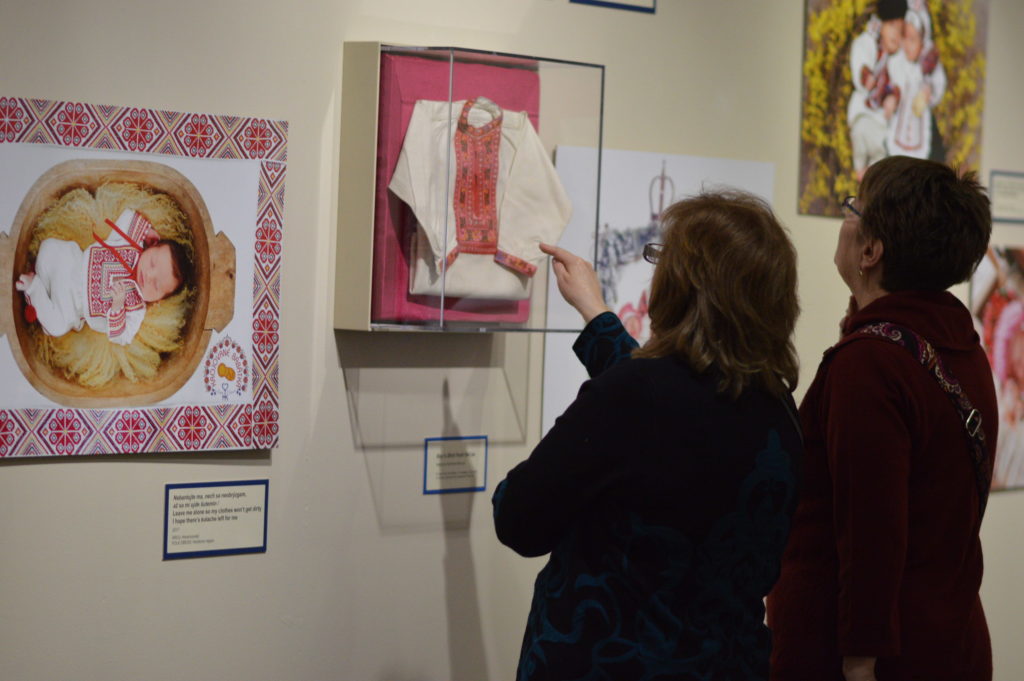 Visitors tour the “Lullaby” exhibit during the opening night on April 12, 2019. (photo/Cindy Hadish) 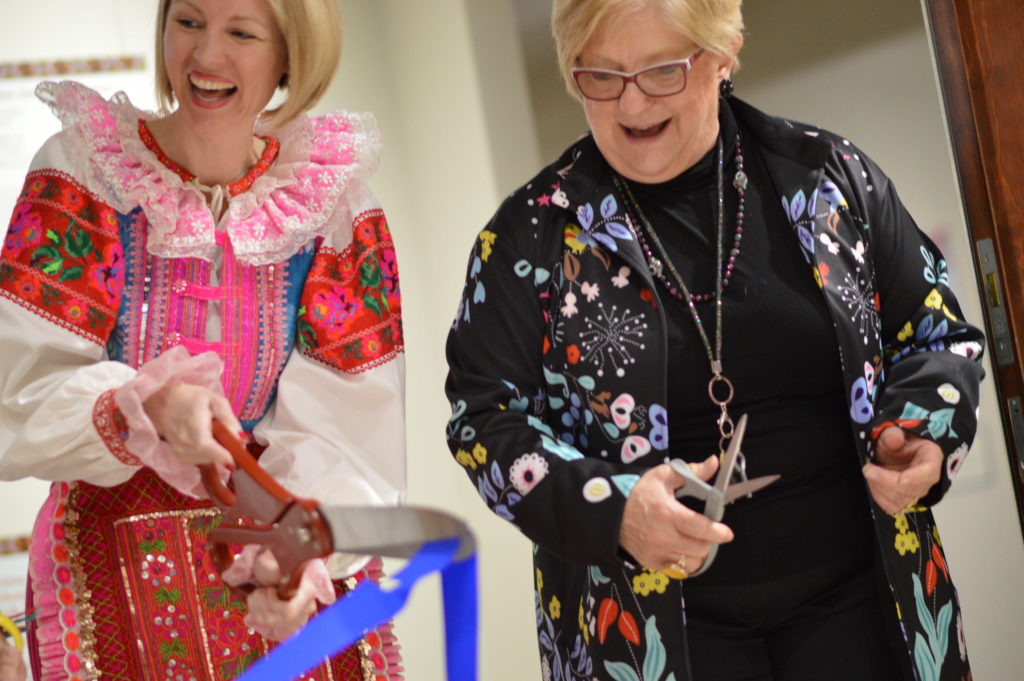 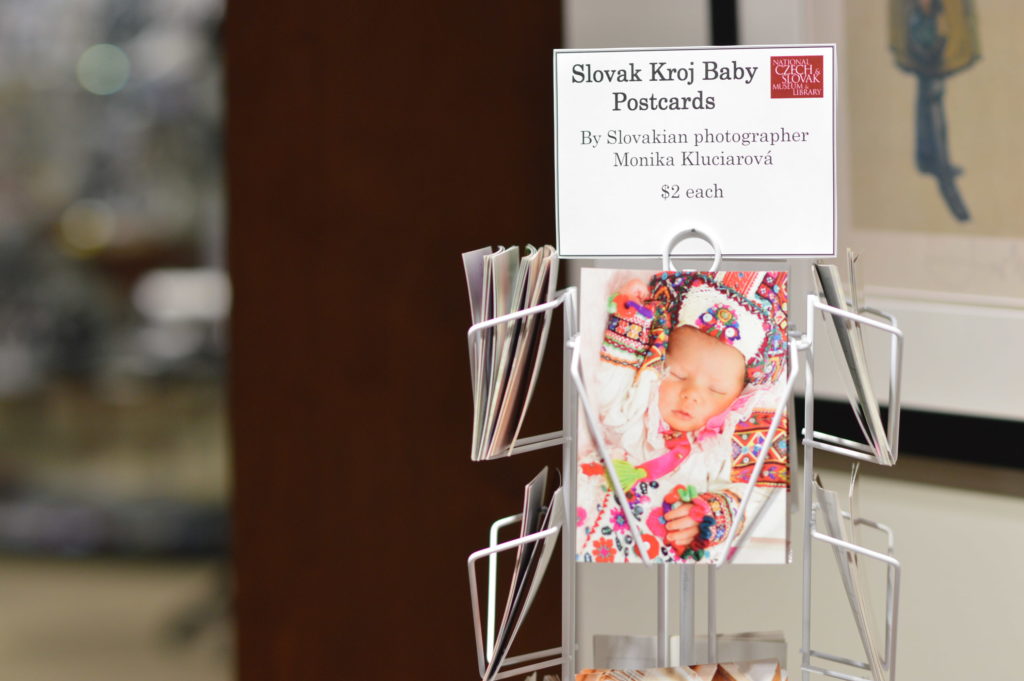 Postcards are sold at the museum store in Cedar Rapids, Iowa. (photo/Cindy Hadish) 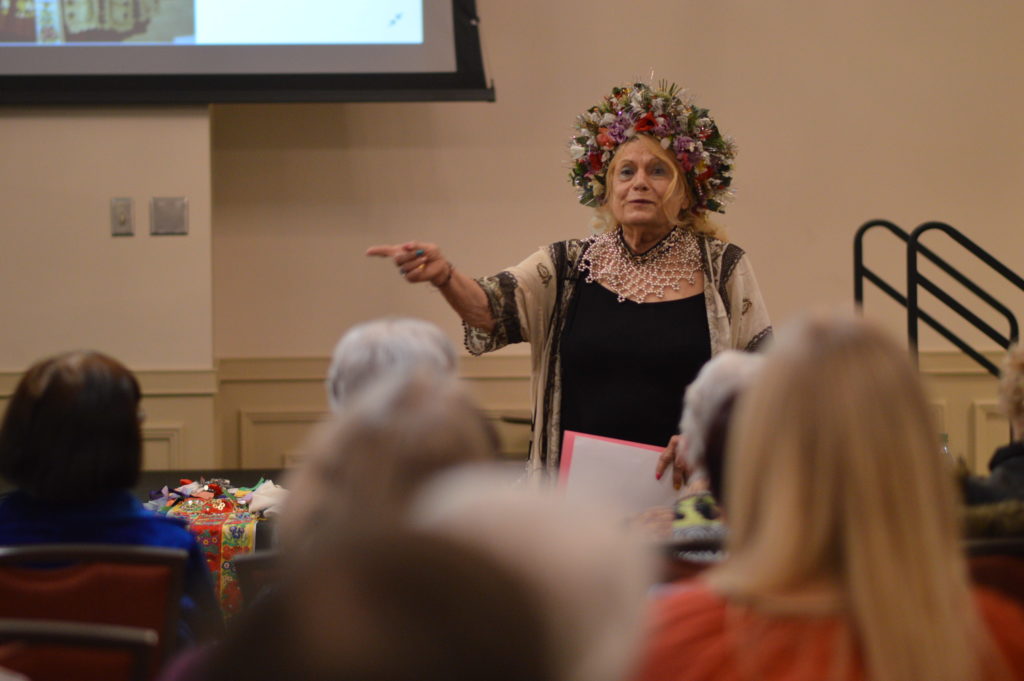 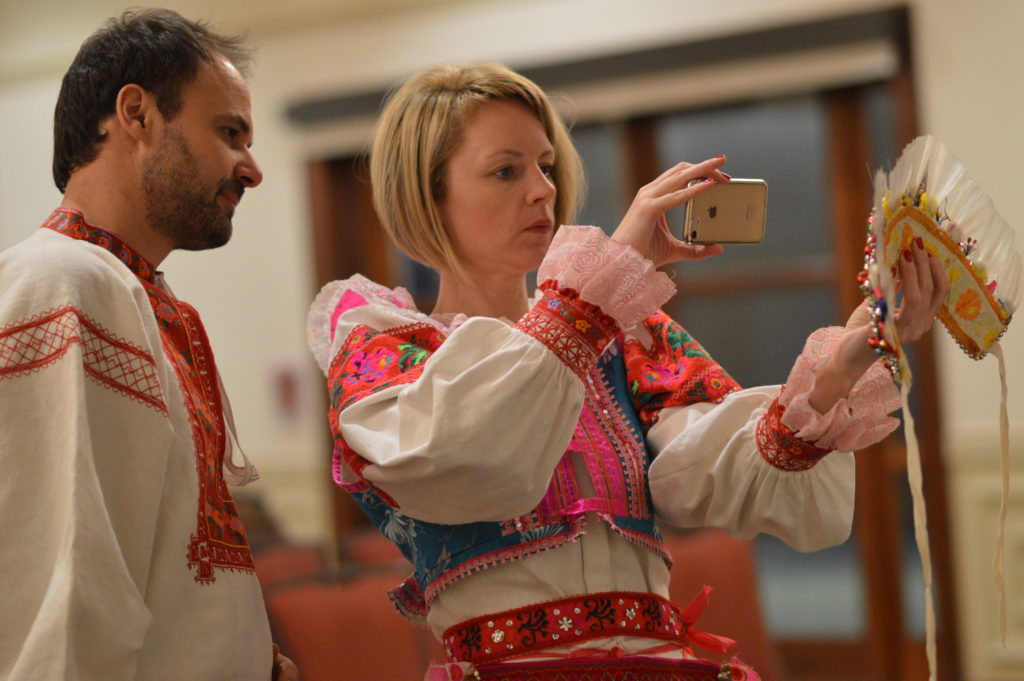 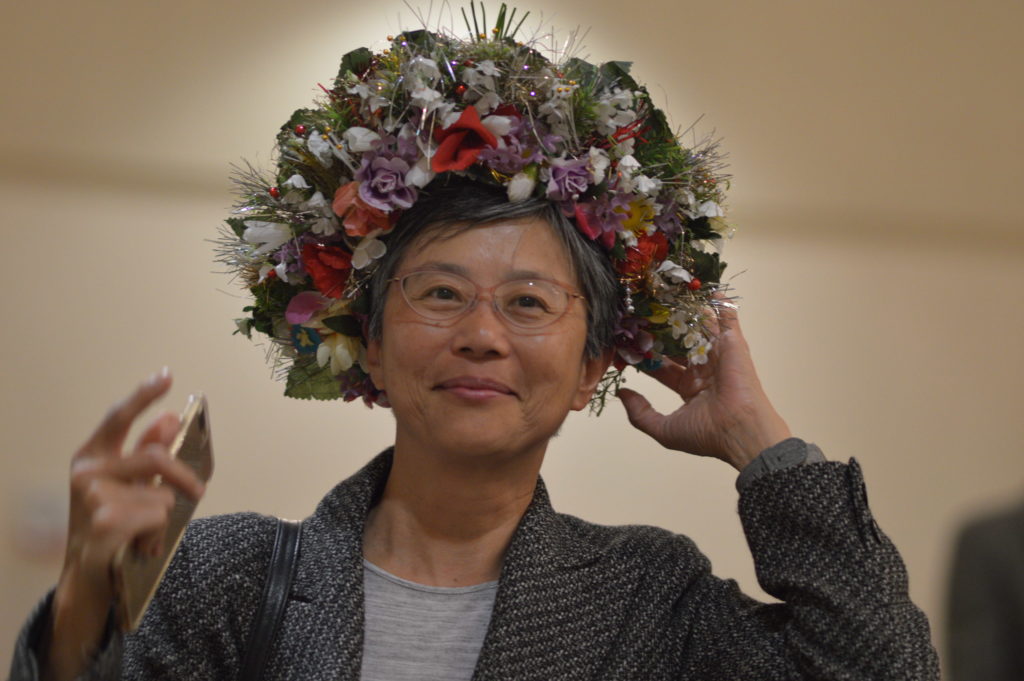 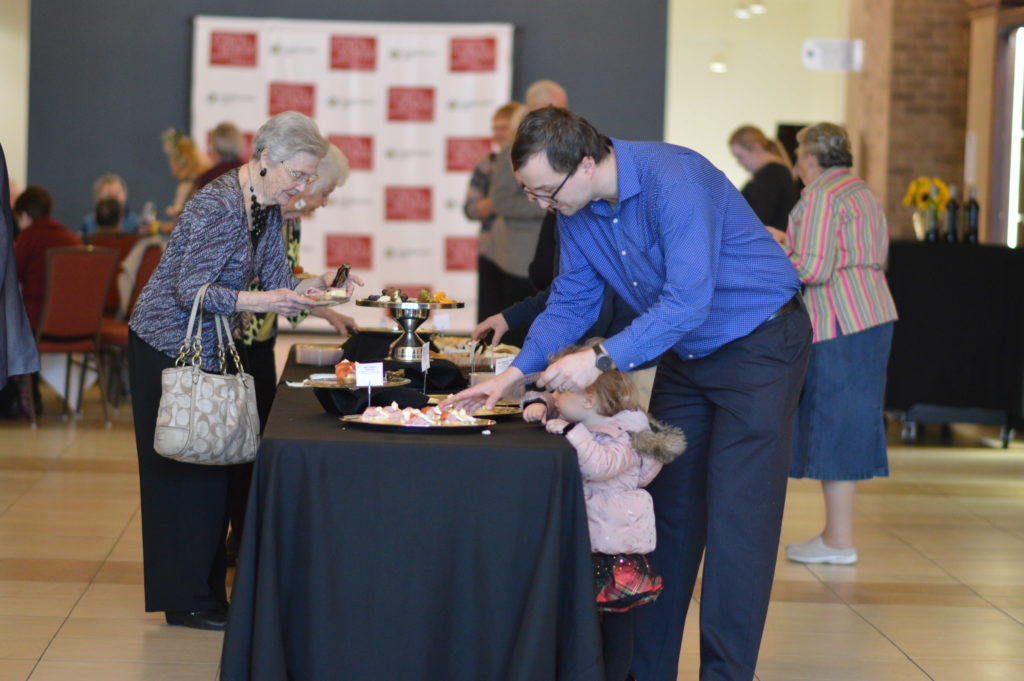 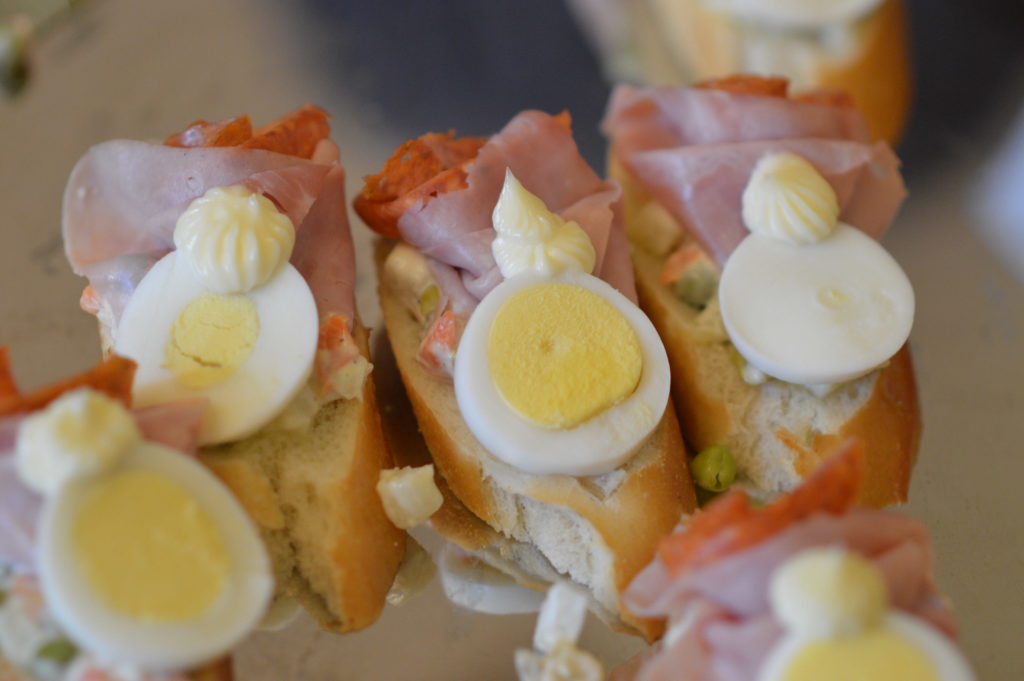 Miniature sandwiches were among the Czech appetizers served at the exhibit opening on April 12, 2019. (photo/Cindy Hadish) 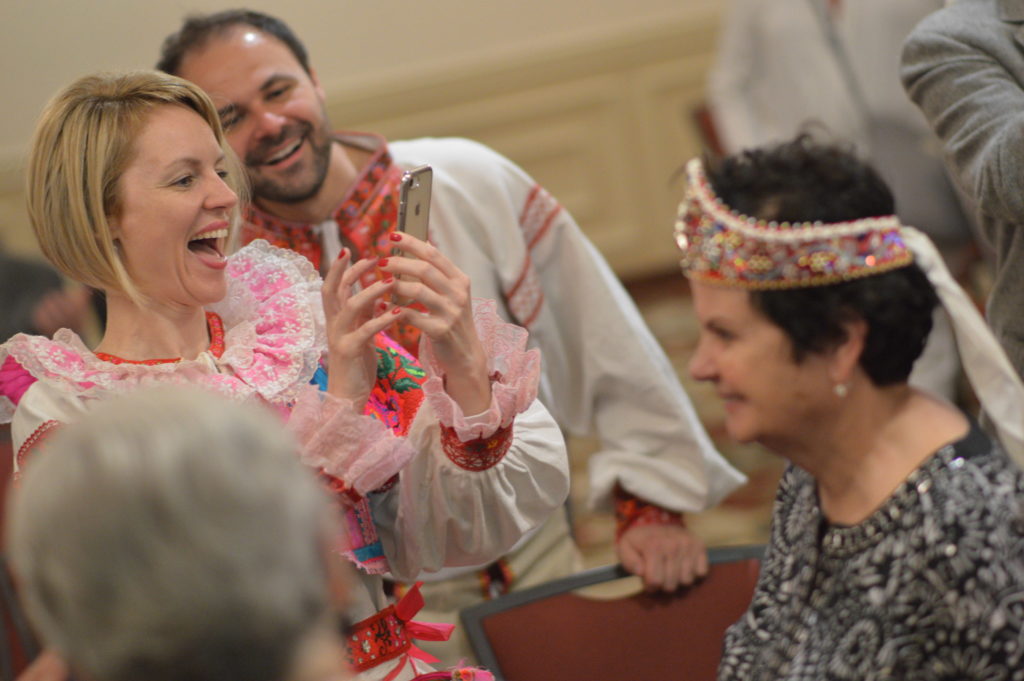 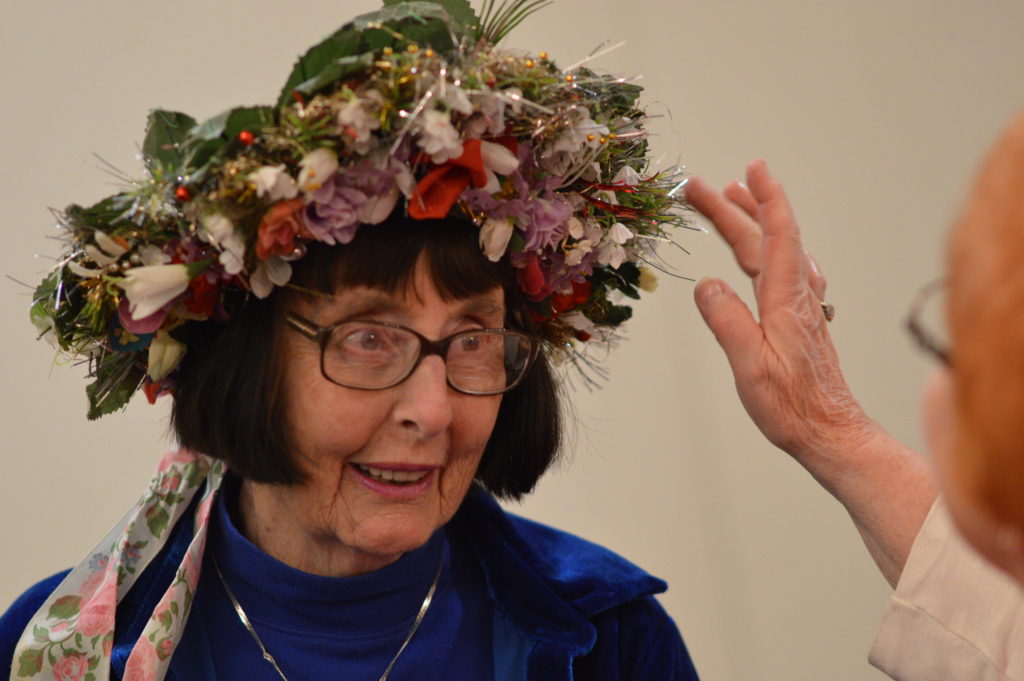 Carolyn Wilson, right, examines the head piece tried on by Kate Hawkins after the presentation by Helene Cincebeaux. (photo/Cindy Hadish) 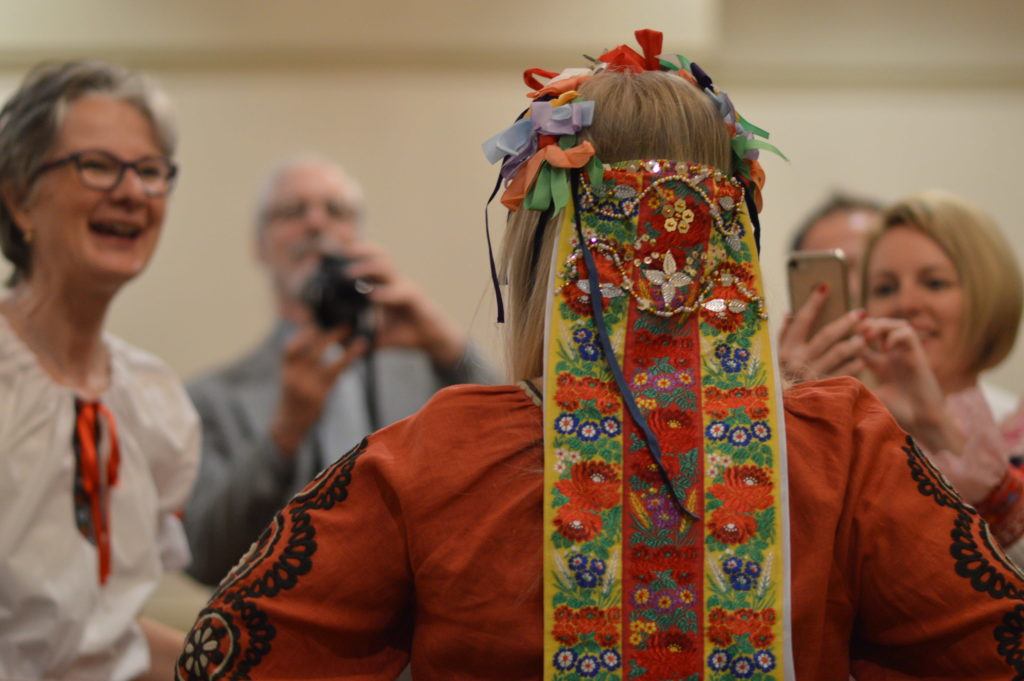