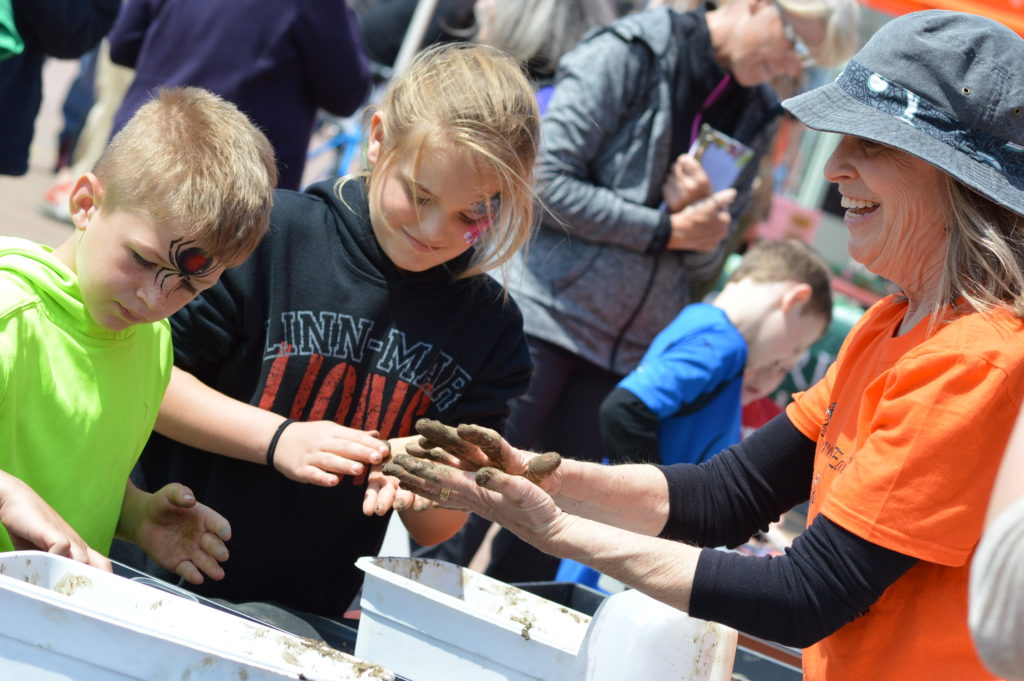 Pollinators have been a worthy focus of habitat restoration efforts, one of the themes at this year’s EcoFest in the New Bohemia area of Cedar Rapids. 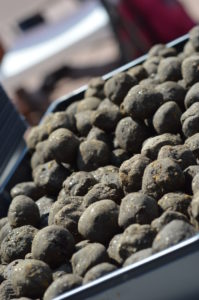 The finished product: milkweed seed balls that will be used by RAGBRAI riders this summer to plant milkweed across Iowa. (photo/Cindy Hadish)

Members of Monarchs in Eastern Iowa, along with numerous willing young volunteers, made milkweed seed balls during the event, which will be used by RAGBRAI riders to spread across Iowa this summer in hopes of growing more milkweed to feed monarch butterflies.

Two of the documentaries shown during the Eco Film Festival, held at CSPS Hall, focused on the plight of another pollinator: bees. The third film, though, is the one that stuck with me. “The Messenger” traveled the globe to explore neonicotinoids, deforestation and other development, the design of buildings, lights and even noise; all factors that have contributed to a precipitous drop in our populations of  thrushes, warblers, orioles, tanagers and other songbirds.

If that doesn’t sound like a concern, the movie also showed clips from China’s campaign that began in the late 1950s to rid the country of tree sparrows, which were seen as pests because they consumed grain. Black and white footage depicted Chinese children and adults banging drums and otherwise scaring the birds to keep them from landing, which forced the birds to fly until they died of exhaustion. The campaign was successful, nearly wiping out sparrows from China completely. It was followed by a proliferation of insects, which decimated crops, and a famine that killed an estimated 30 million Chinese. 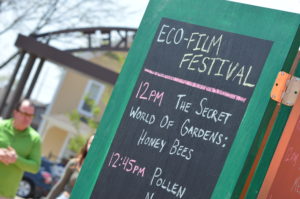 My hope is that birds will be our next area of focus. Maybe we can’t stop deforestation (though I hope we don’t give up that easily) but there is one simple thing you can do.

If you own a cat, keep it indoors. The film noted that cats kill more than a billion birds annually in the United States.

Not all is doom and gloom. Children were out in full force at EcoFest, and they undoubtedly will carry the lessons they learned into the future. See more of the images from EcoFest 2016, below: 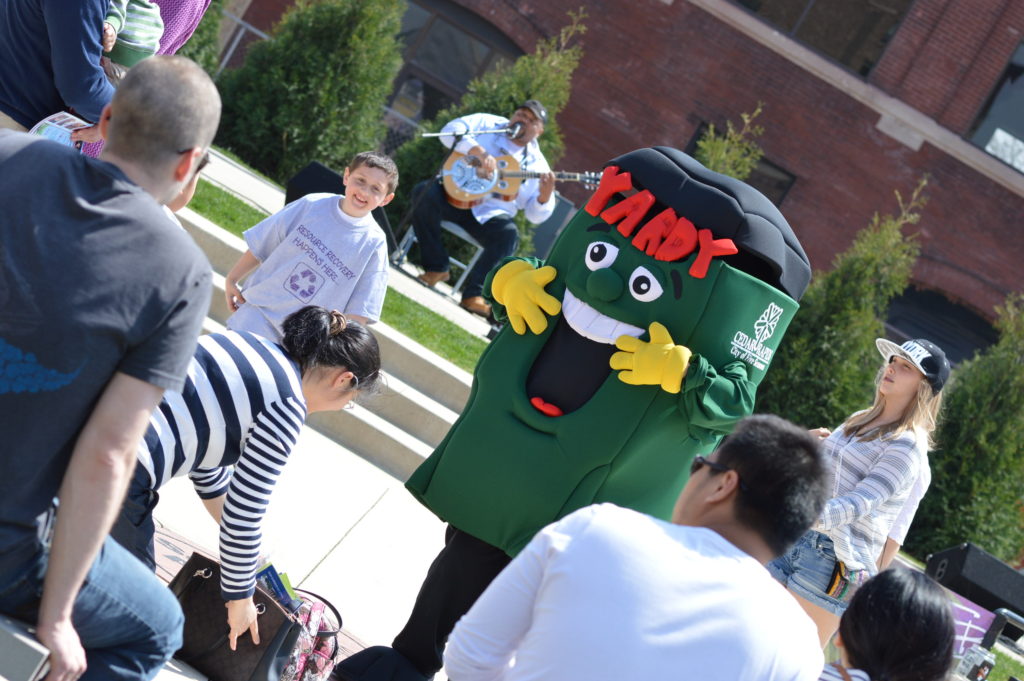 Yardy dances to the live music during EcoFest 2016 outside the NewBo City Market. (photo/Cindy Hadish) 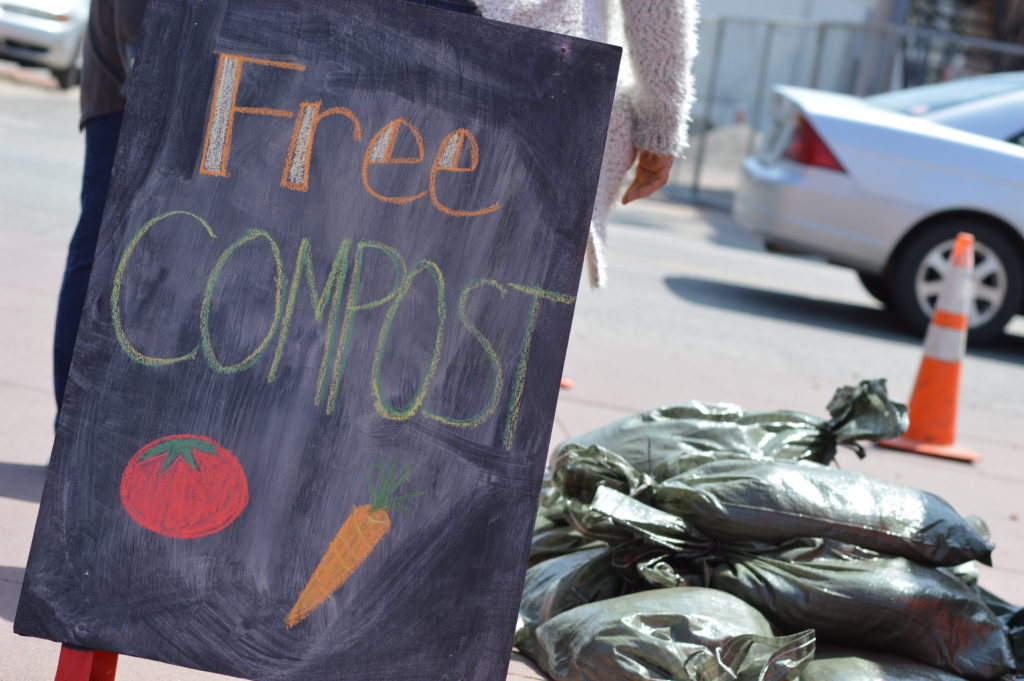 Free compost is given away on Saturday, April 23, 2016, during EcoFest in Cedar Rapids. (photo/Cindy Hadish) 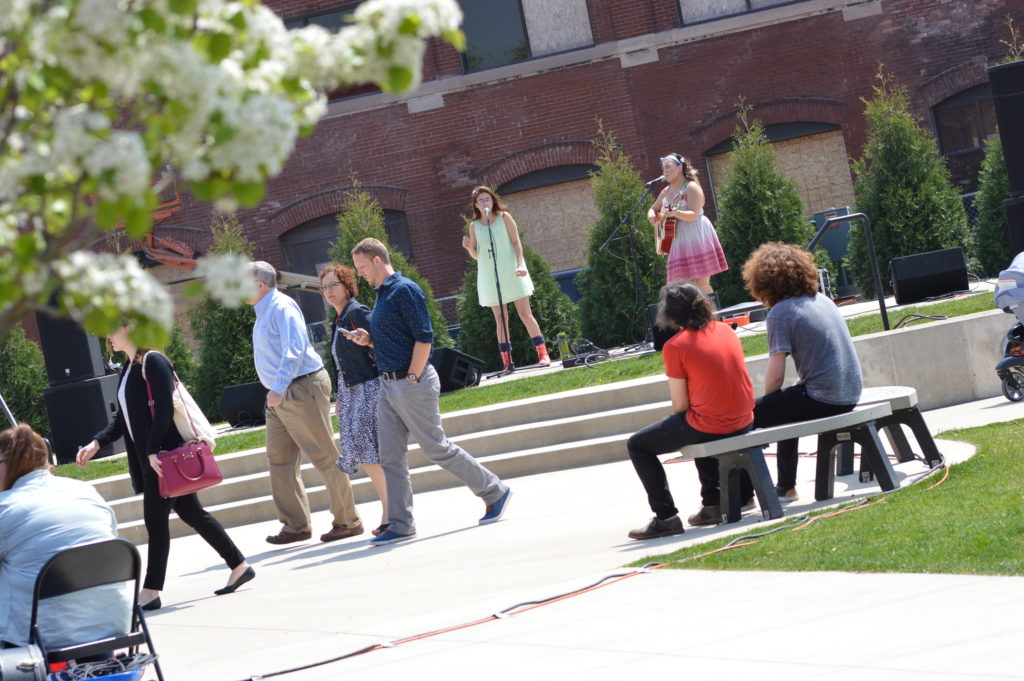 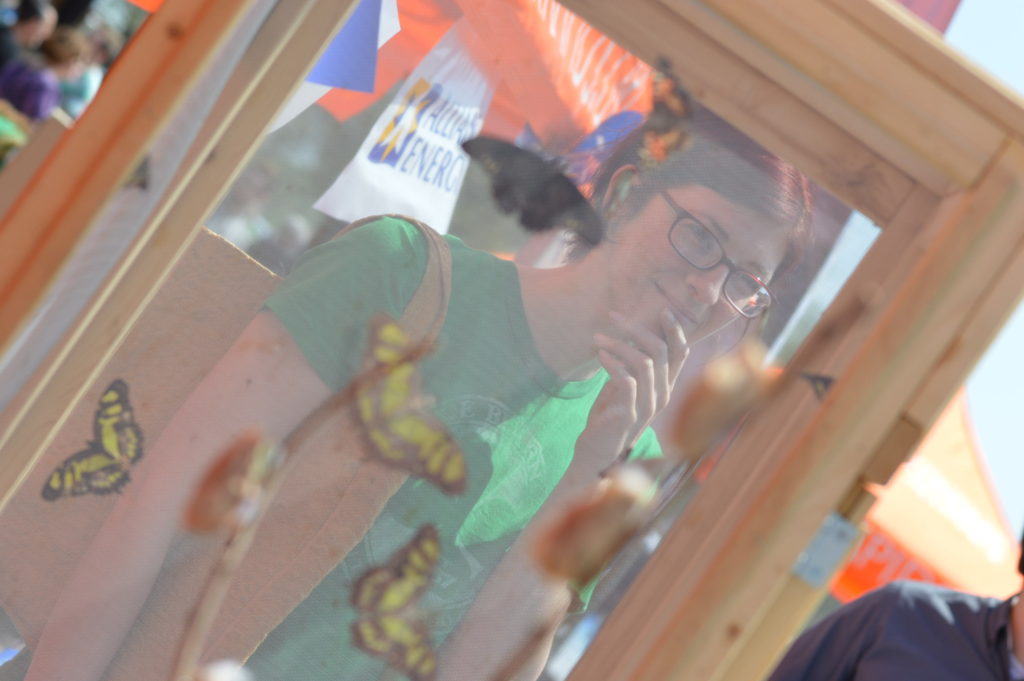 Butterflies were among the displays at EcoFest in Cedar Rapids. (photo/Cindy Hadish) 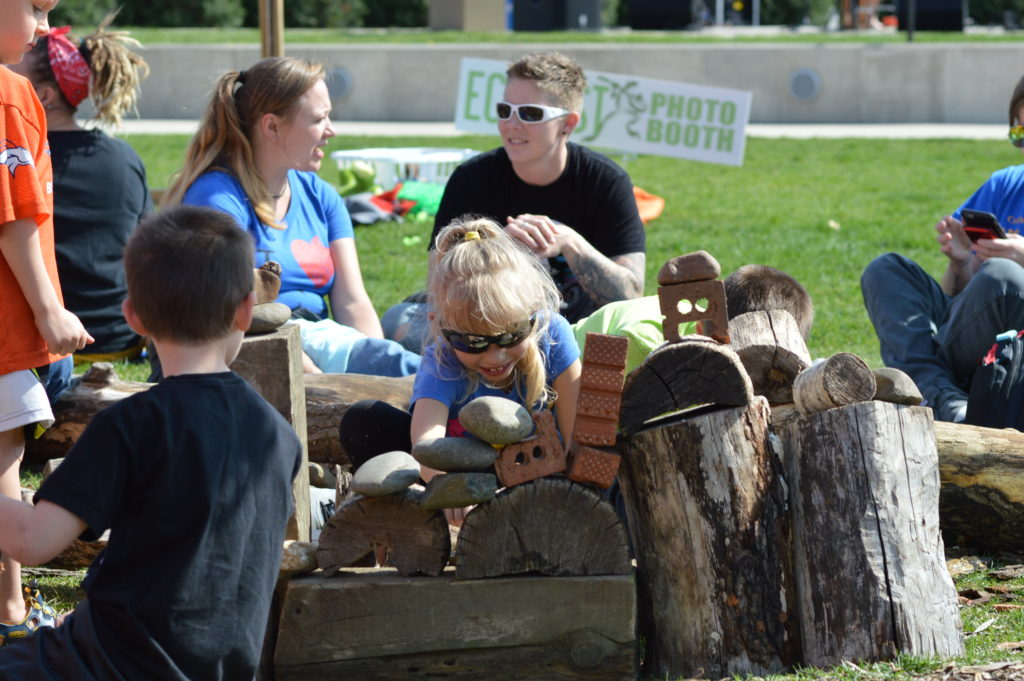 Children play in the area set up by the Indian Creek Nature Center at EcoFest 2016. (photo/Cindy Hadish) 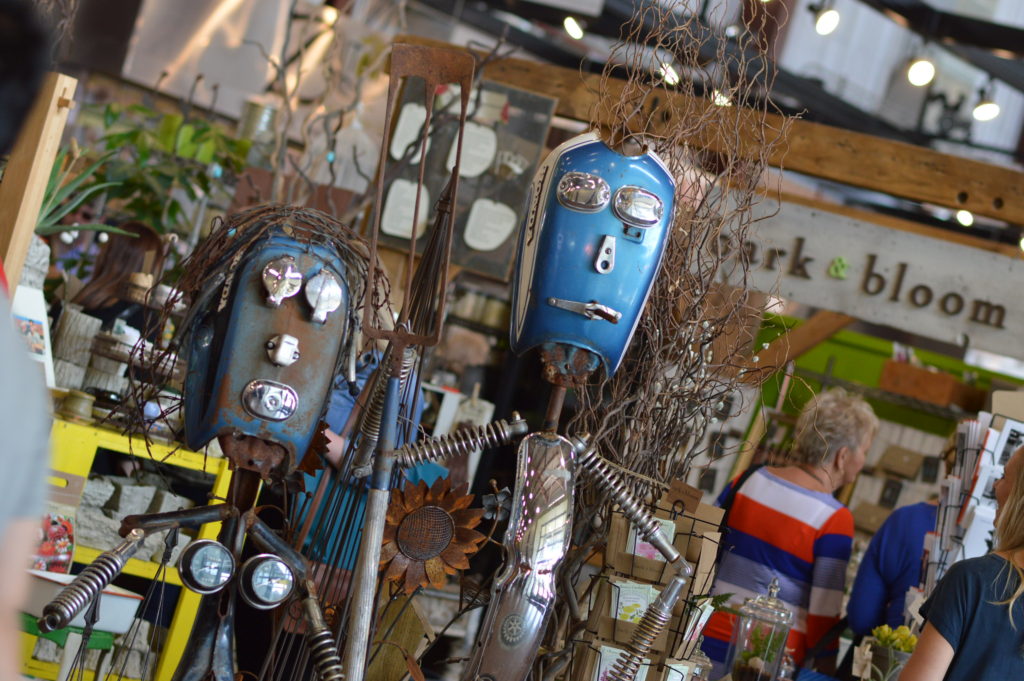 Bark & Bloom and other vendors inside the NewBo City Market stayed busy during EcoFest. (photo/Cindy Hadish) 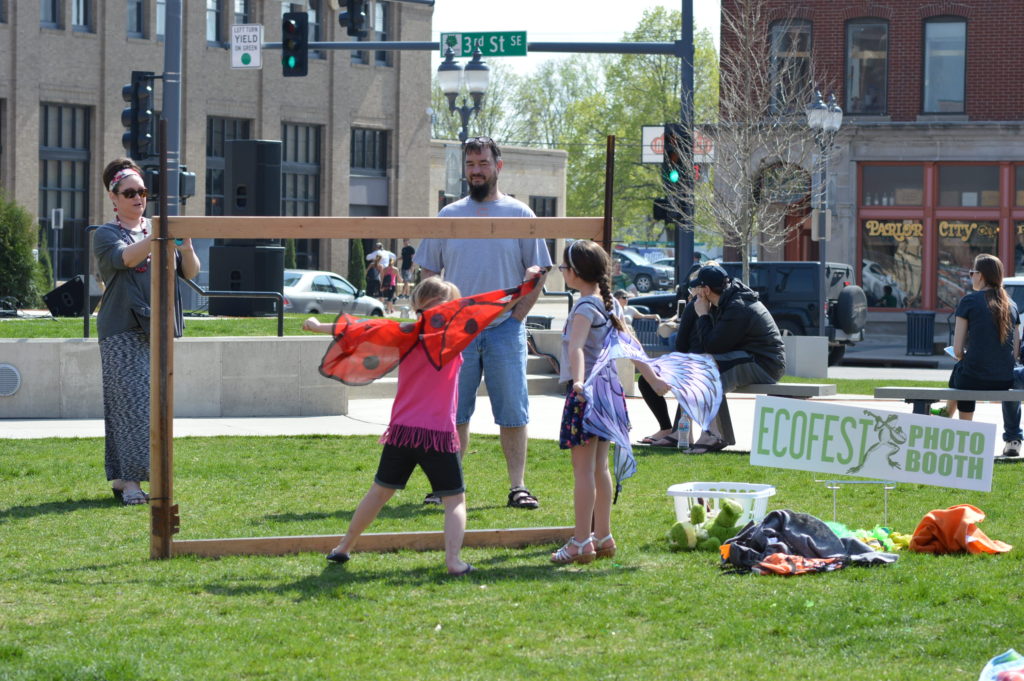 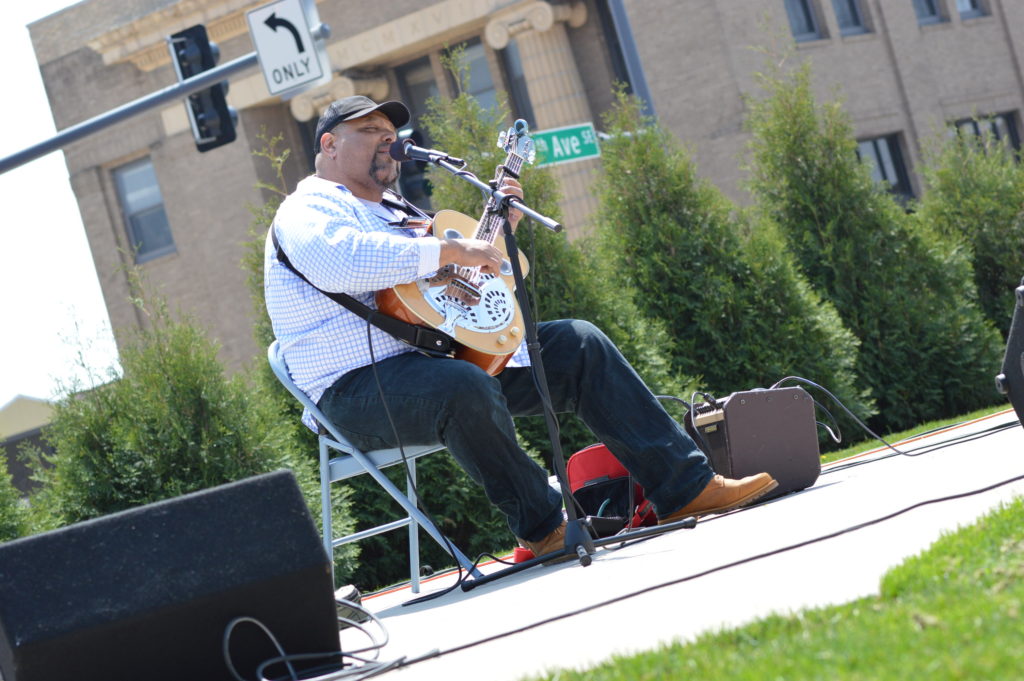 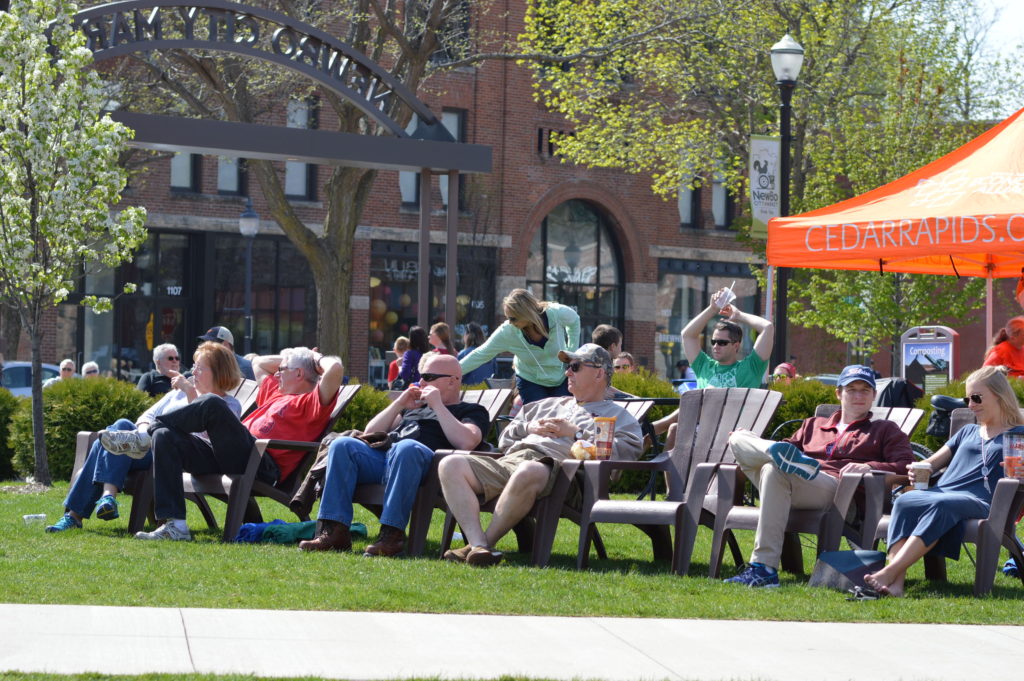