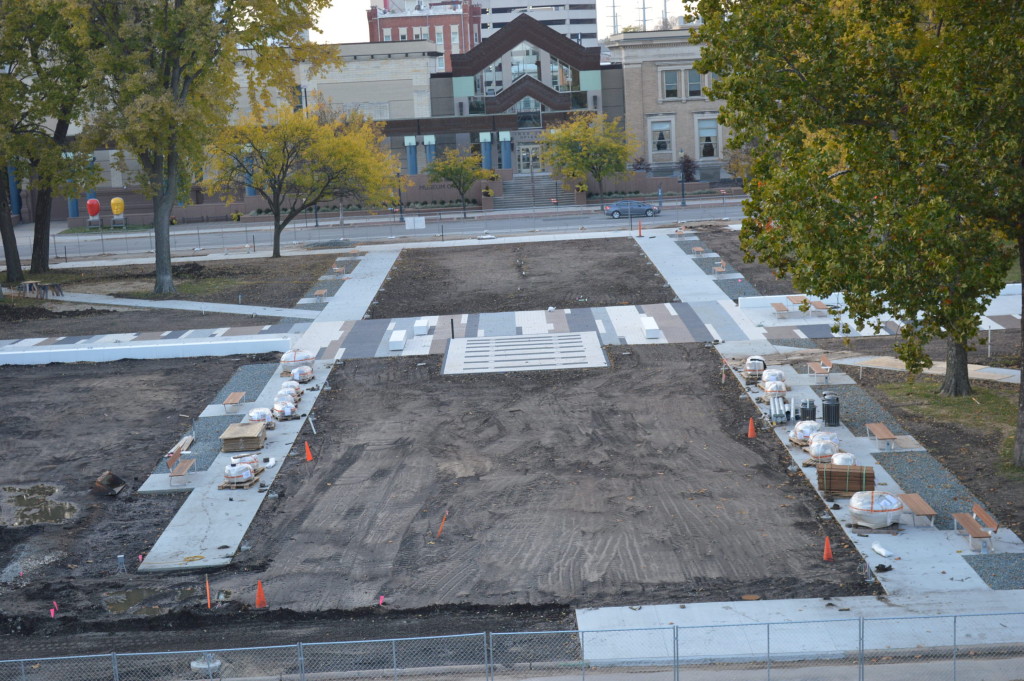 A view of Greene Square Park in downtown Cedar Rapids shows every tree in the center of the park has been removed. (photo/Cindy Hadish)

CEDAR RAPIDS — Greene Square Park, residents of Cedar Rapids (hopefully) know, is named for one of the city’s founders, Judge George Greene, and isn’t a misspelling of the word “green.”

Still, it was nice to have that pocket of green in the middle of the city, where warm days would bring out downtown workers to have lunch under the park’s towering trees.

Discussions with the planners of the park’s renovation revealed last year that tree removal was included in those plans, but at the time, representatives of OPN Architects said only 15 trees in the park and five ash trees in the surrounding streetscape would  be removed. 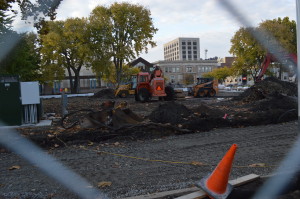 Construction equipment can be seen through a fence surrounding Greene Square Park in downtown Cedar Rapids, which is undergoing a major renovation. (photo/Cindy Hadish)

The ash were selected due to the presence of emerald ash borer in Iowa, which is killing ash trees as it moves across the state and was recently documented in Cedar Rapids. The other trees had crown damage or were encroaching on “better species trees,” such as the century-old sycamores in the park.

As it stands now, it is difficult to believe that all of those “less desirable” trees were in the center of the park, which — as happens elsewhere in Cedar Rapids where development occurs — appears to have been clear-cut to make way for something new.

One person petitioned the Cedar Rapids City Council, along with 83 supporters, to stop the removal of the trees in Greene Square Park, citing several private companies that stood to profit from their removal. The trees were cut down a few days after he submitted the petition. Two lines of ginkgo trees will be planted to replace trees that were removed.

While it is too late to bring back the mature trees to Greene Square Park, which city leaders hope to rechristen as “Greene Square,” other work elsewhere in the city needs oversight. 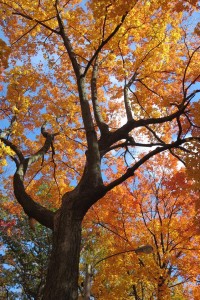 Towering trees are one of the primary attractions at Daniels Park in northeast Cedar Rapids. (photo/Grant Carter)

The city is planning to build a trail through Daniels Park, at Oakland Road NE, in the near future. As visitors know, the stately oaks and other trees in the park are one of its primary attractions, not only for park-goers, but for birds, squirrels and other wildlife.

So far, no word yet on how many trees have been slated for removal, though city parks representatives have said there will be “some.” 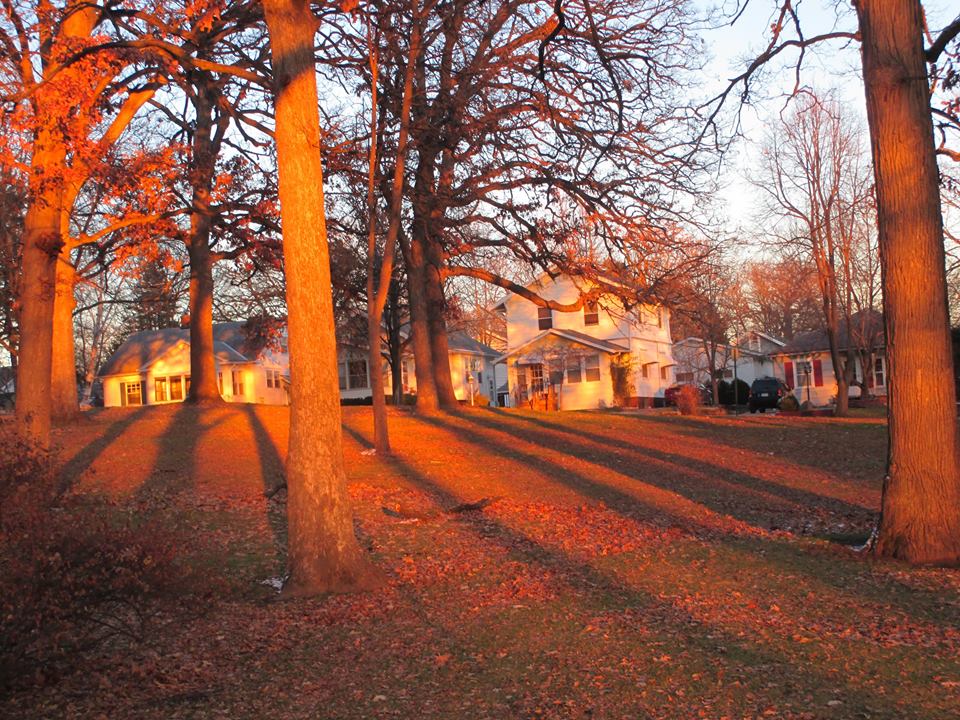 Stately trees cast long shadows at Daniels Park in Cedar Rapids. Plans call for a trail to pass through the park in the near future. (photo/Grant Carter)