Report digs into sand mining for the fracking industry 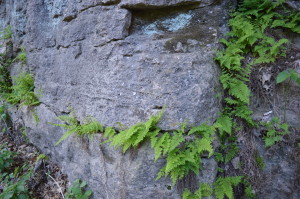 Potential effects on air and water quality, tourism and aesthetics from sand mining, an offshoot of fracking, are examined in a report by the Iowa Policy Project. (photo/Cindy Hadish)

I was glad to see David Osterberg at Saturday’s Mount Vernon Farmers Market, as he mentioned a recent report from the Iowa Policy Project, where he is a researcher and founding director.

“Digging Deeper on Frac Sand Mining” offers insight into the environmental impacts and other concerns related to mining Iowa bluffs for sand used in the fracking industry.

Anyone who fishes, drinks the water or enjoys the beauty of Iowa’s bluffs should take a look at the report on the Iowa Policy Project’s website.

Following is more information from the Iowa Policy Project about the report:

In a new report for the nonpartisan Iowa Policy Project (IPP), researchers Aaron Kline and David Osterberg point out the environmental and aesthetic assets of Northeast Iowa may be threatened by the growing attraction of the area for this specialty sand mining.

“Trout fishing enthusiasts should be worried — but so should anyone who drinks water in the northeastern corner of Iowa. And they are,” said Osterberg, founding director and an environment and energy researcher at IPP. “Local leaders in Winneshiek and Allamakee counties have questions, and given the potential long-term impacts of this mining industry, they deserve answers.”

The new report notes the so-called “frac sand” mining industry swept through Wisconsin in recent years, and areas of both southeastern Minnesota and northeastern Iowa have deposits of the same kind of sand sought by the hydraulic fracturing, or “fracking” industry.

In the fracking process, the sand is used to hold open fractures in rock formations that permit the release of oil and gas.

“This sand is attractive to the fracking industry because it is well-rounded and consists of nearly pure quartz, which is highly resistant to crushing,” said Kline, a graduate student in the School of Urban and Regional Planning at the University of Iowa.

“The sand is found, among other places in the St. Peter Sandstone formation along the Mississippi River in Northeast Iowa. You can even see it in many rock outcroppings and bluffs in the region. But if it goes away, so could the scenic bluffs promoted by the tourism industry in that area.”

The researchers also noted the geology of Northeast Iowa includes unusual karst formations that include sinkholes that lose surface water to groundwater sources — and bypass natural filtration provided by soil. So groundwater sources are less protected from the mining activity.

Potential impacts cited by researchers include:

— Declining water quantity, in some areas, due to industry uses of water or mining beneath the water table, affecting groundwater flows, wells and streams, and rising water temperatures in cold-water trout streams that make the region a big draw for anglers.

— Water quality issues, if protection of water resources is not incorporated into the development and maintenance of mining sites, and protections actually enforced. Effects may include pond overflow, site runoff and chemicals reaching water sources.

— Harm to tourism in Iowa’s “Bluff Country” as the degrading of water resources could affect the livelihoods of those who depend on tourism associated with water and natural amenities.

The U.S. Travel Association has reported that Allamakee and Winneshiek counties generated approximately $68 million in domestic travel expenditures leading to over 500 travel-related jobs in 2012, the report noted.

“Contrast that demonstrated and longstanding benefit of the region’s natural assets to the short-term promise of frac sand mining,” Osterberg said. “This can be a terribly risky proposition, and local officials are right to be asking questions about it and wanting assurances that they can protect their region.

“As we say in the report, mining can discourage or displace other economic activities and lead to economic losses in the region.”

Public policy issues revolve around land-use regulations and environmental regulations, the researchers said. Local officials in Minnesota and Wisconsin have responded to the “sand surge” with actions to stop new siting of industrial frac sand facilities, and using police powers to regulate health, safety and welfare.

In both Allamakee and Winneshiek counties, Iowa local officials have imposed moratoria on new frac sand mining operations to give themselves time to study the issue. It is uncertain how long they will be able to maintain that position, as there is concern about the state deciding to prevent local authorities from acting.

“Iowa lawmakers have a history of preempting local government from regulating in some areas,” Osterberg noted, referring to the preemption of local government actions to regulate concentrated animal feeding operations, hog confinements known as CAFOs. “Local citizens who petitioned for the moratoria in both counties will resist any state action to take away local control.”

The researchers said there are several options for potential local ordinances:

• Hydrologic mapping, a comprehensive analysis of the area of a proposed frac sand site to determine groundwater flow patterns and the facility’s impact on the area.

• Local well monitoring to determine a baseline level for well quality and quantity.

• Sinkhole setbacks should be required; Minnesota requires a mine site to identify all karst features within 500 feet and a hydrologic analysis to determine a facility’s impact.

“As with any form of resource extraction, environmental concerns are associated with industrial frac sand facilities,” Kline said. “Local governments need to be aware of the potential costs of the industry — such as losses of tourism and general aesthetics that can never be recovered — along with the benefits that can be expected to last only over a short time.”

The Iowa Policy Project is a nonpartisan public policy research and analysis organization based in Iowa City. Reports are at www.iowapolicyproject.org.