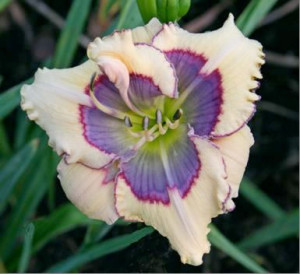 All of the forums are 2-4 p.m. in Meeting Room A at the Iowa City Public Library and are free to attend, with refreshments and door prizes.

I’m sorry I missed out on the first one, in January, in which Chuck Porto, retail manager at Iowa City Landscaping, discussed “Something Old, Something New: Trees, Shrubs and Evergreens – You Didn’t Know You Needed.”

Still, there are two sessions left; one in February and one in March. Jonathan Poulton and the search for the “holy grail” of daylillies sounds exciting and if you’ve ever paged through a catalog from Seed Savers Exchange, you’ve seen a tiny portion of the photography of David Cavagnaro. Here are details on both forums, from Project GREEN:

SUNDAY, FEBRUARY 14, 2016
Jonathan Poulton will discuss his love affair with daylilies. A University of Iowa emeritus professor, Jonathan was smitten by daylilies while vacationing in Wisconsin in 2006. Since then he has developed a collection of registered daylilies and created several thousand seedlings by hybridization. He will explore the origins of modern daylilies from approximately 20 Hemerocallis species, a native of Asia. In addition, he will present a selection of hybrids celebrated by daylily enthusiasts, and describe hybridizers’ efforts to reach the “holy grail” of daylilies – a true blue cultivar. He is a member of the Cedar Valley Iris and Daylily Society. 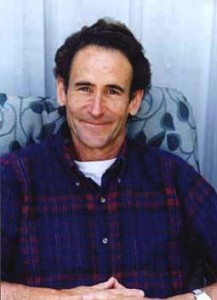 David Cavagnaro will present “Where Our Food Comes From.” David will provide an “around the world in 80 minutes” look at the centers of origin of all our major food crops. Since childhood, studying and celebrating the natural world has been David’s passion. Born and raised in California, he spent much of his childhood roaming the hills, exploring creeks, meadows and beaches, and backpacking in the mountains. Fascinated by insects and plants, David became familiar with what he called “the land of the small,” and by age 14, he had his first 35mm camera to record what he found. A decade of international travel as a scientific field worker, educational tourism leader and photography instructor expanded his knowledge of natural history and opportunities to photograph. In 1964, he traveled with the Galapagos International Scientific Project, and made several trips to the Enchanted Isles which led photographic excursions on the off-shore islands and gray whale breeding lagoons of Baja California. His work has been widely published in nature calendars and magazines, including Audobon, National and International Wildlife, Natural History, Ranger Rick and Life, and five books.