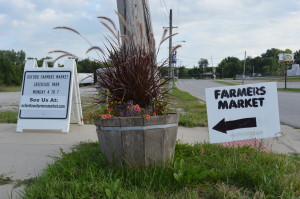 When Keith and Karen Lackore ran out of neighbors to bestow their extra large, extra sweet, candy onions, they turned to an alternative close to  home.

“They can only eat so much,” Karen joked about the couple’s neighbors, while selling vegetables at the Oxford Farmers Market.

The Lackores were first-time vendors at the market, which runs 4-7 p.m. Mondays through Oct. 14 at Creekside Park on Mill Street.

“It was a good year for everything,” said Karen, who sold $2 bags of blackberries along with the onions and other produce.

Customers took advantage of the reasonable prices and wide selection of items, while other entrepreneurs, like Kyle Scatena, hawked their wares under the cover of a pavilion in the market’s idyllic park setting.

The 10-year-old sells bracelets to earn extra cash in the summer while his grandmother, Kathy Tandy, Oxford’s market coordinator, sells homemade kolaches and other tasty baked goods nearby.

The list goes on and on.  As the weeks of summer dwindle,  but garden-fresh veggies multiply, take advantage of the season’s bounty at a market near you. Find details on more than 40 Eastern Iowa farmers markets on the Homegrown list and see more photos from Oxford and Homestead here: 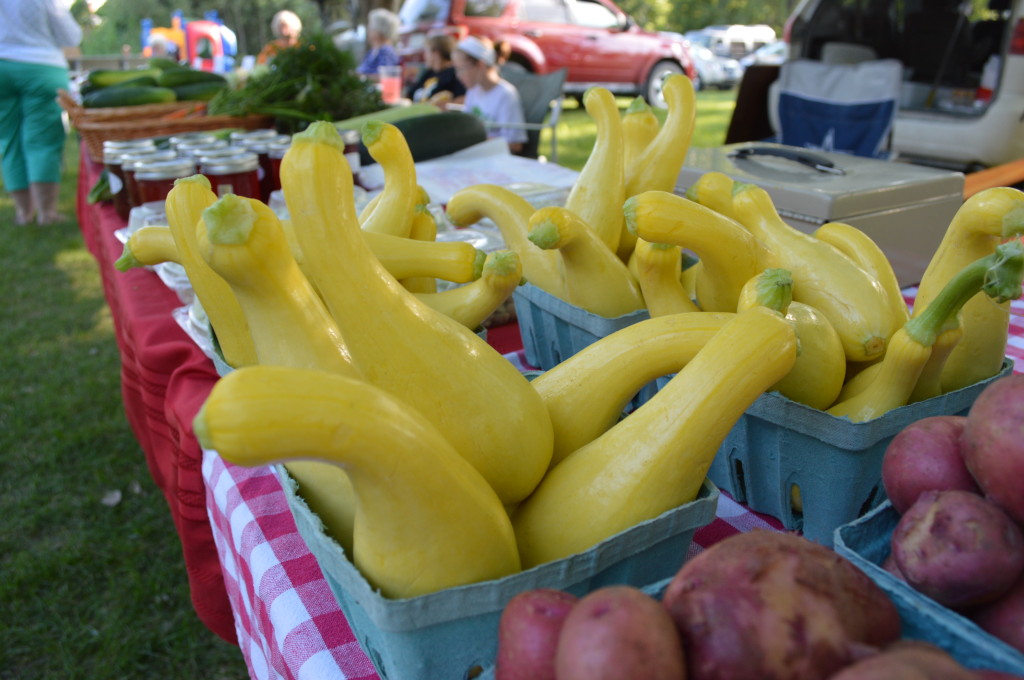 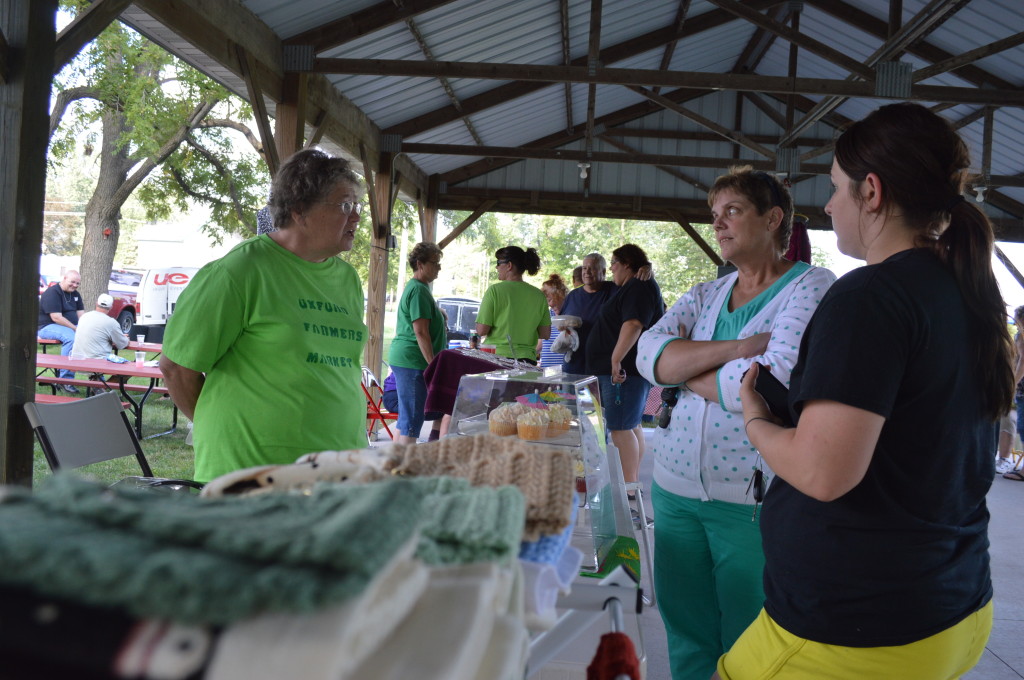 Customers and vendors interact under the pavilion during the Oxford Farmers Market. The market runs 4-7 p.m. Mondays through Oct. 14. (photo/Cindy Hadish) 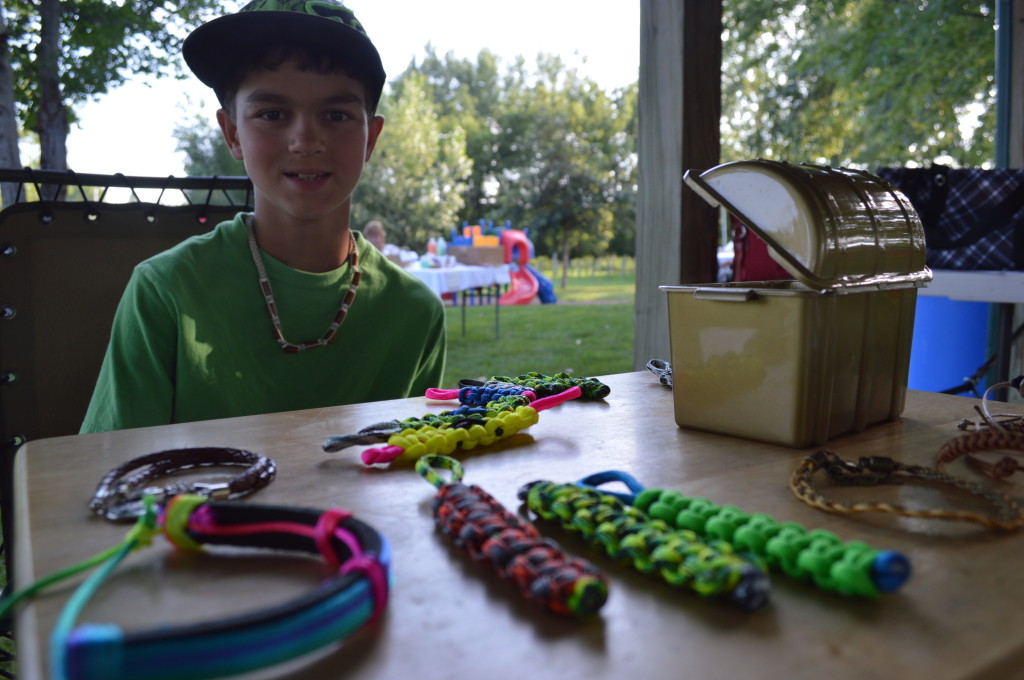 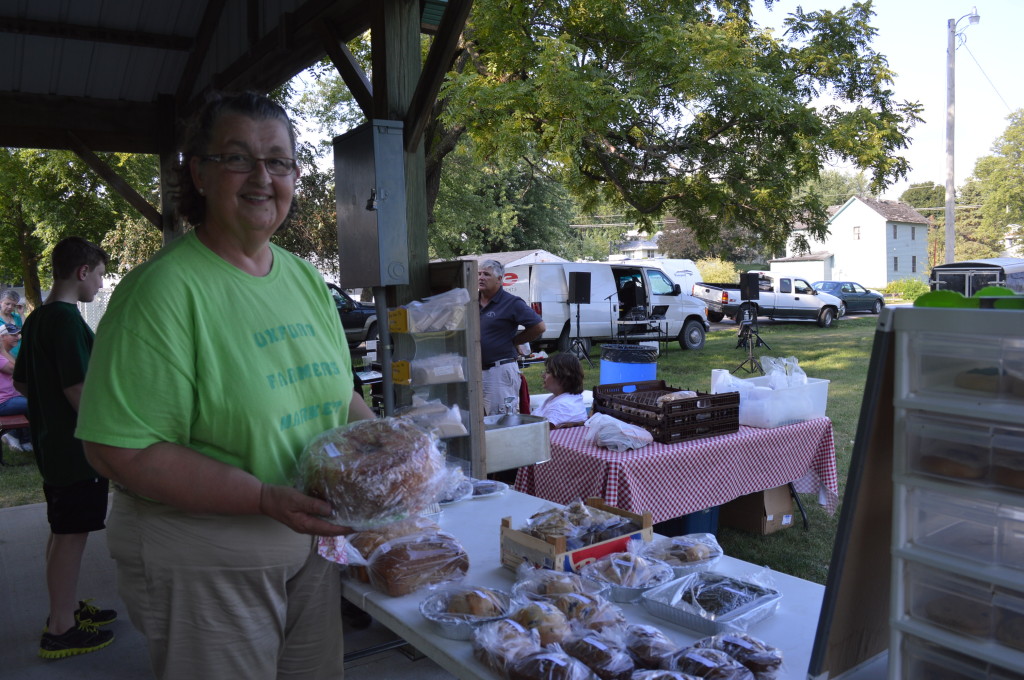 Market coordinator Kathy Tandy shows some of her baked goods during the Oxford Farmers Market on Monday, Aug. 5, 2013. (photo/Cindy Hadish) 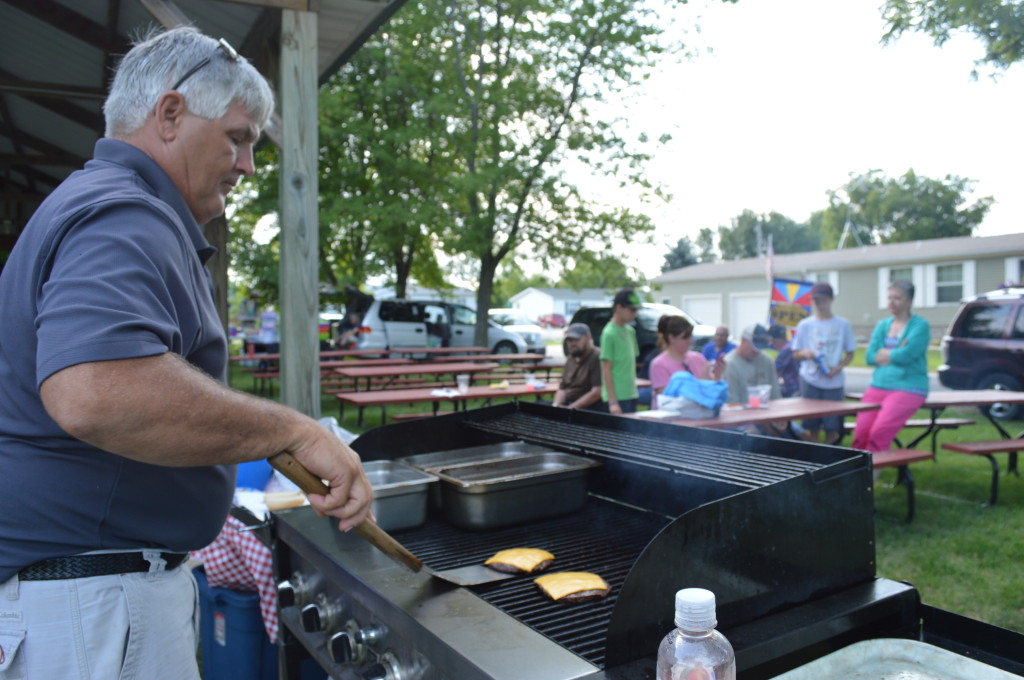 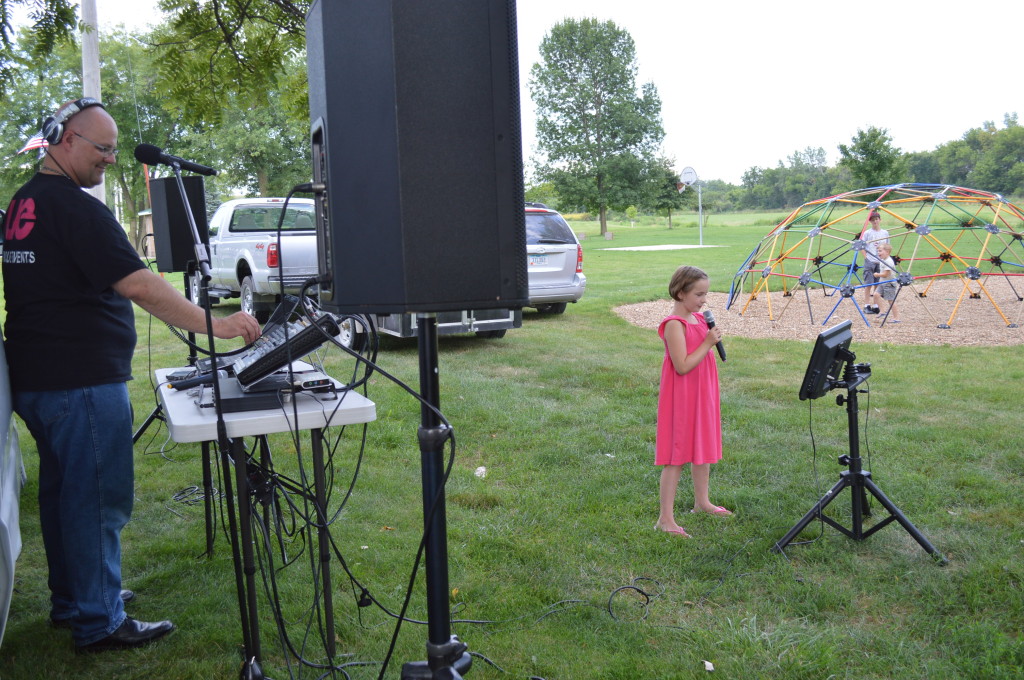 Hannah Tandy, 8, tries her hand at karaoke during the Oxford Farmers Market, while Bill Tandy of Loose Moose Entertainment works as a disc jockey for Unique Events. The market offers bands and other entertainment each week on Monday nights. (photo/Cindy Hadish) 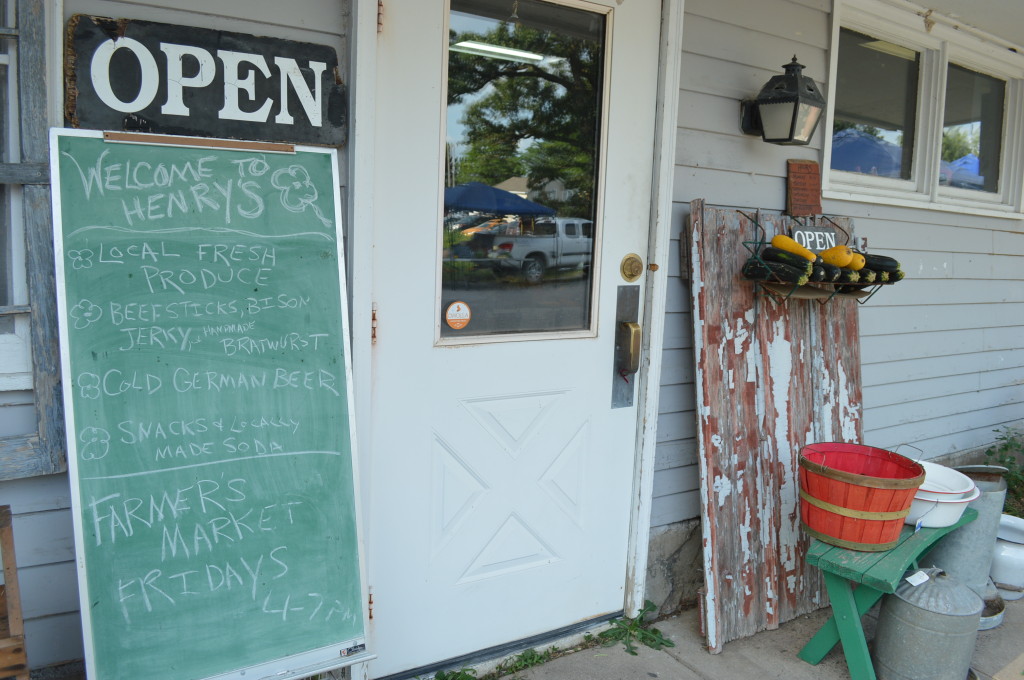 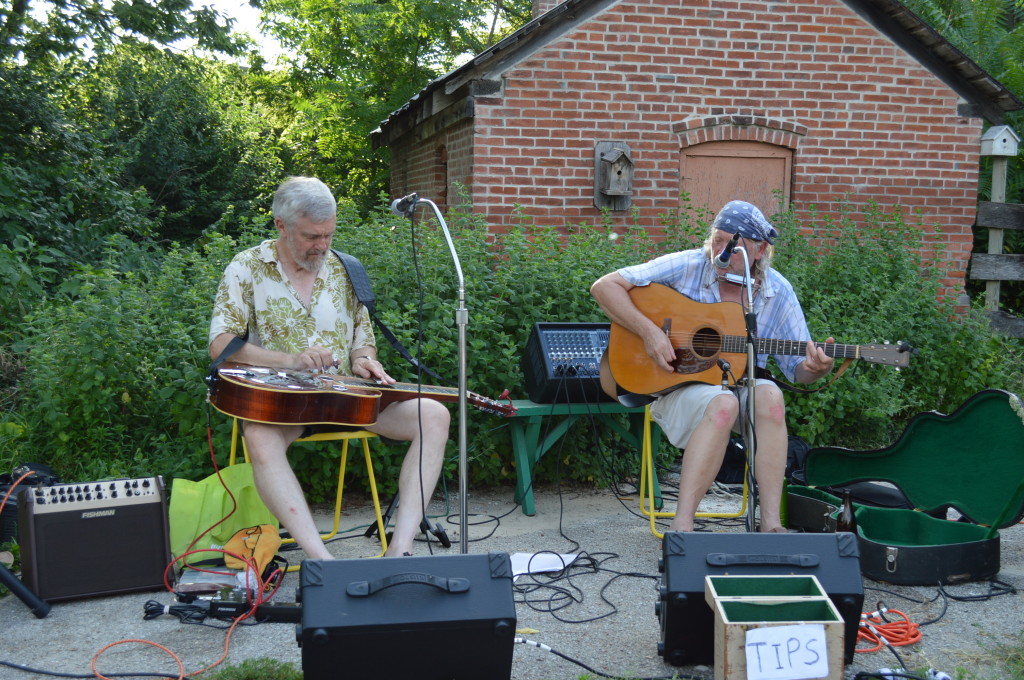 Guy Drollinger, right, is among the regular featured musicians during the weekly farmers market at Henry’s Village Market in Homestead. (photo/Cindy Hadish) 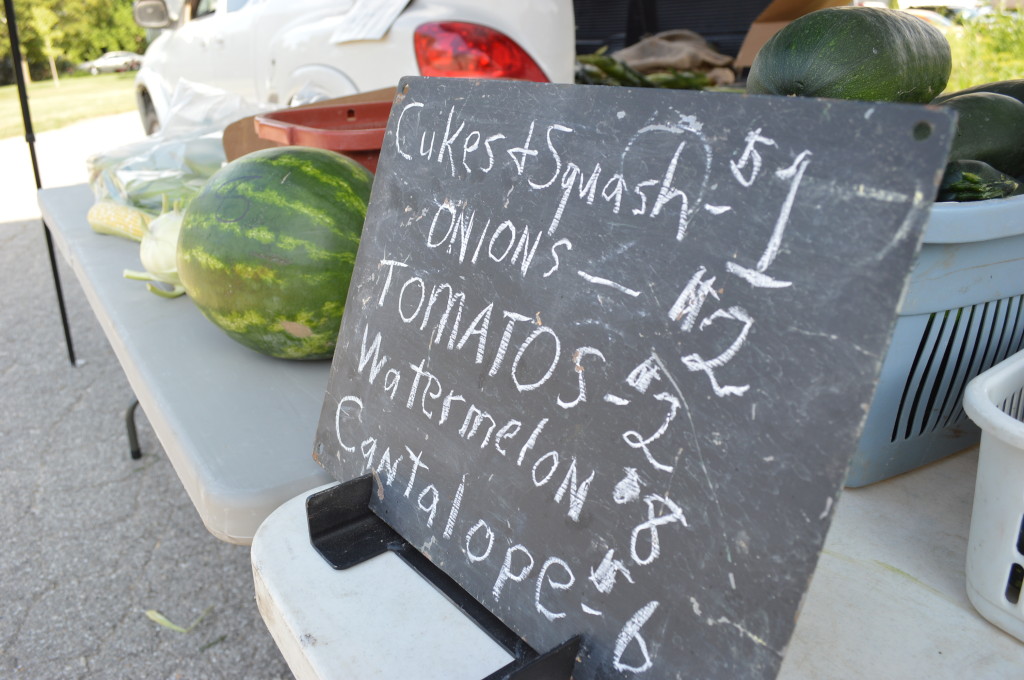 The Homestead Farmers Market at Henry’s Village Market in the Amana Colonies, is one of the Iowa small-town markets to offer entertainment and prepared food alongside fresh, local produce, handcrafted items and homemade baked goods. (photo/Cindy Hadish)