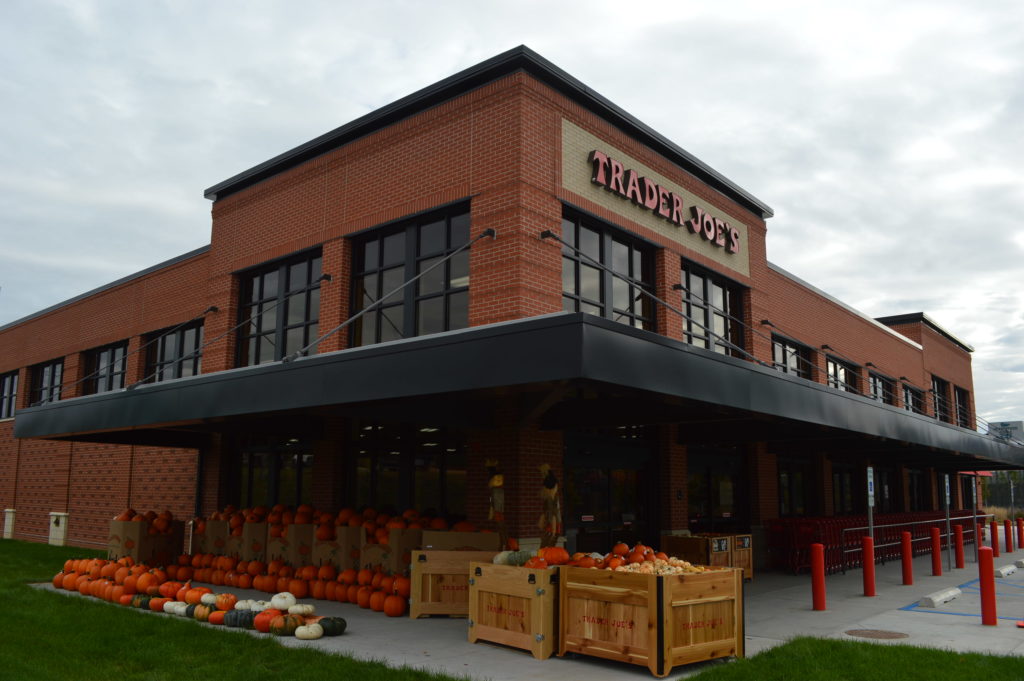 CORALVILLE – Trader Joe’s fans in Eastern Iowa will soon find Two Buck Chuck – at just over two bucks – and other favorites at the grocery chain’s new store in Coralville. 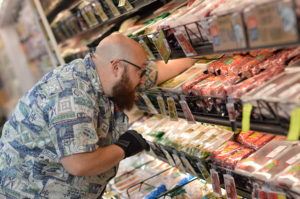 Located at 920 Ponseti Way in the Iowa River Landing, the new 13,000-square-foot store is just the second Trader Joe’s in Iowa. The other is in West Des Moines.

“Captain” Todd Gibson said samples and tastings will be among the opening day festivities. 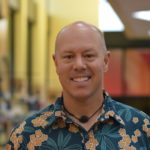 Gibson wouldn’t say how many people will be employed at the Coralville site, but noted that 95 percent are local. The products don’t have as local of a focus as New Pioneer Food Co-op, which operates stores in Coralville, Iowa City and Cedar Rapids.

Rather, emphasis is placed on getting the best value for customers, Gibson said, “whether that’s down the street or elsewhere.” 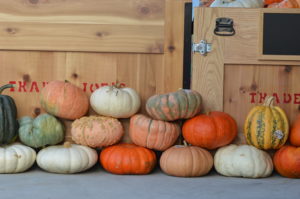 At this time of year, pumpkins can be found throughout Trader Joe’s. (photo/Cindy Hadish)

At this time of year, “it’s pumpkin madness,” at Trader Joe’s, he added, with aisles dotted with pumpkin products from cereal to cookies to sauces and more.

Based in California, Trader Joe’s has more than 465 stores in 41 states, and introduces about a dozen new items each month. The chain of neighborhood grocery stores, founded in 1958 in the Los Angeles area, carries an extensive array of domestic and imported foods and beverages, including artisan breads, Arabica bean coffees, international frozen entrées, 100% juices, fresh crop nuts, deli items, vitamins, and more, including staples like milk and eggs.

See more photos of the new store, below. 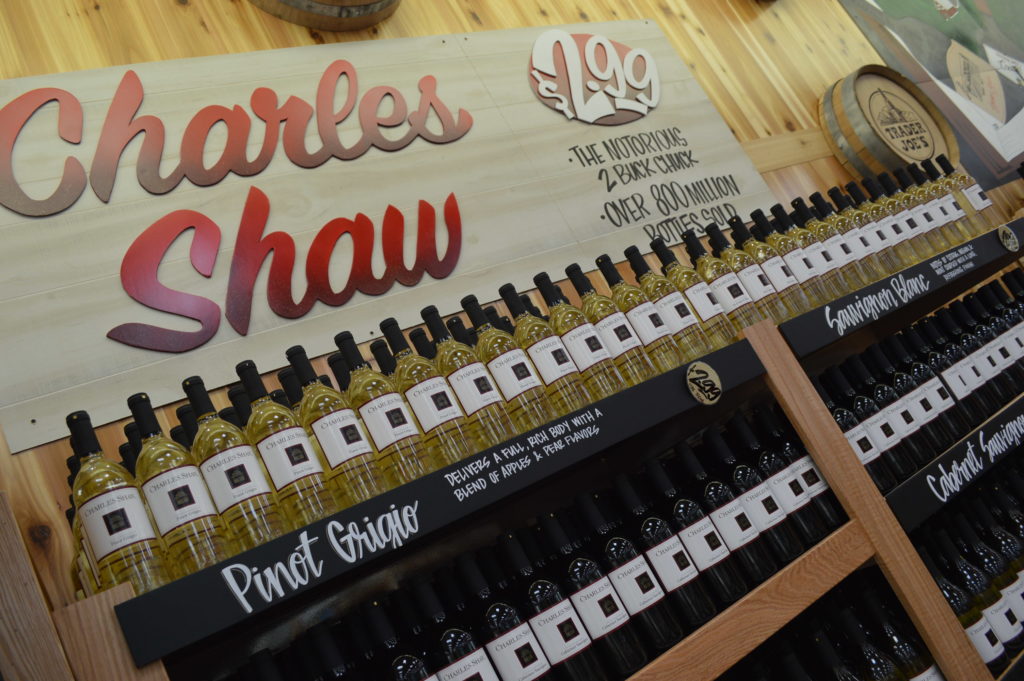 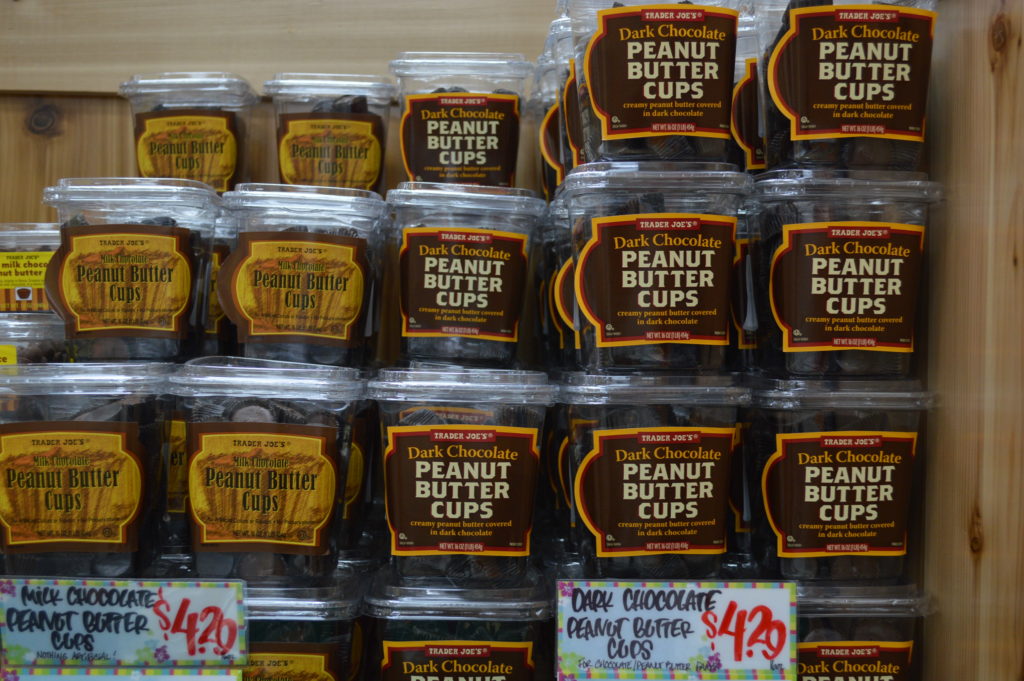 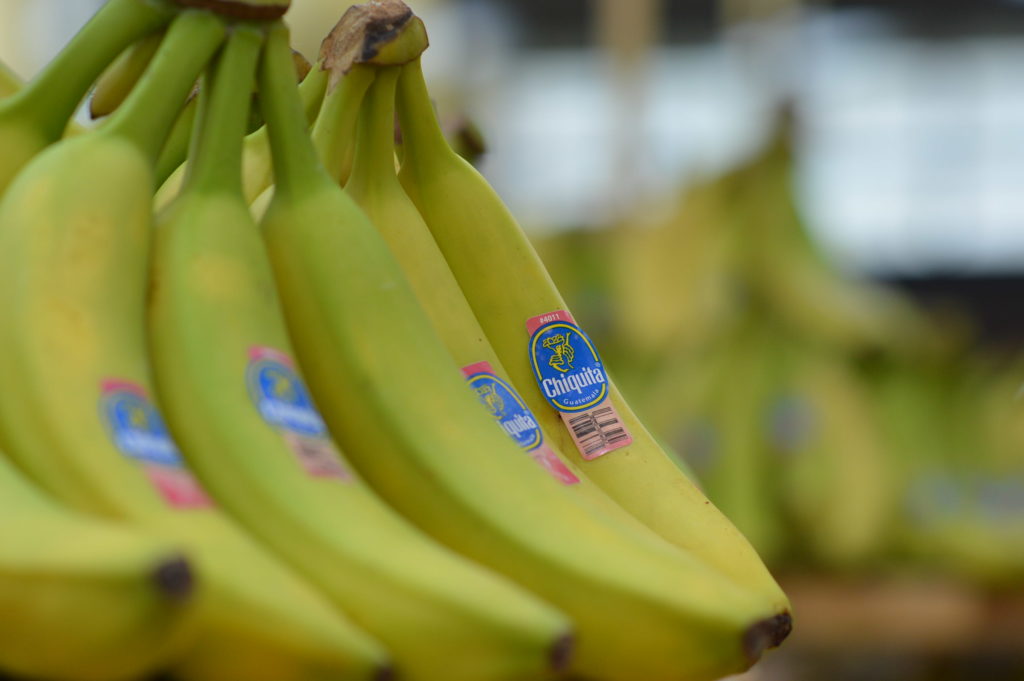 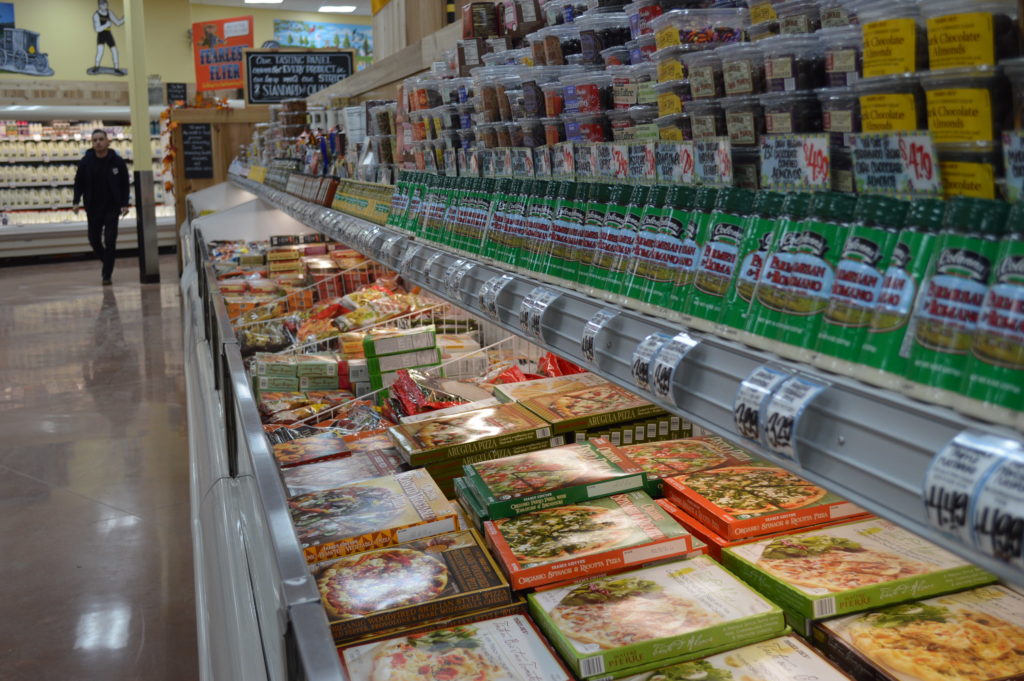 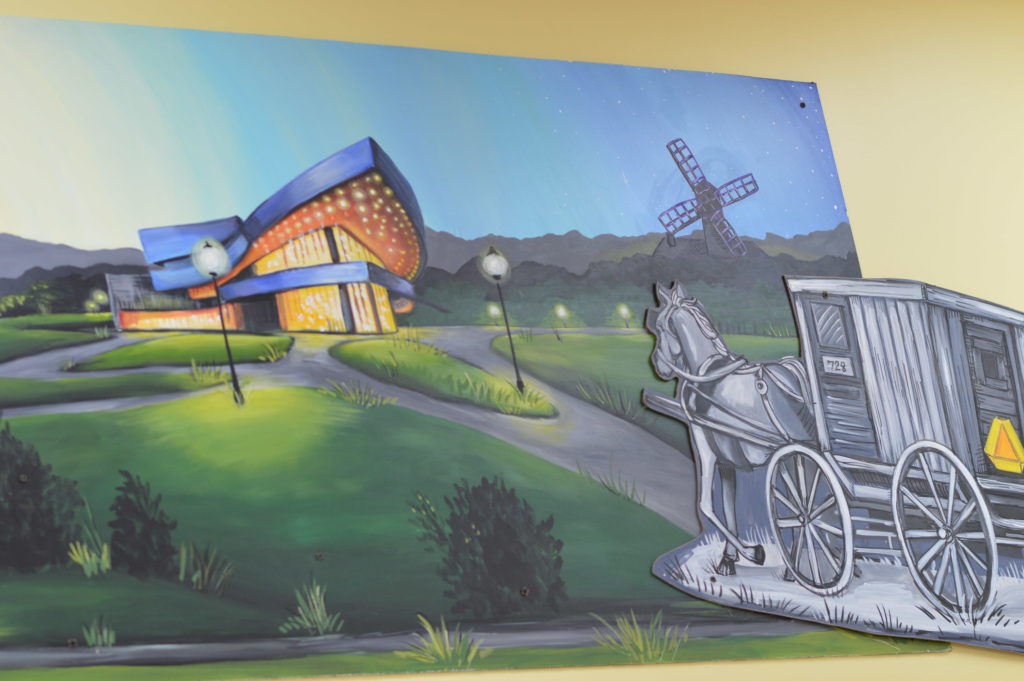 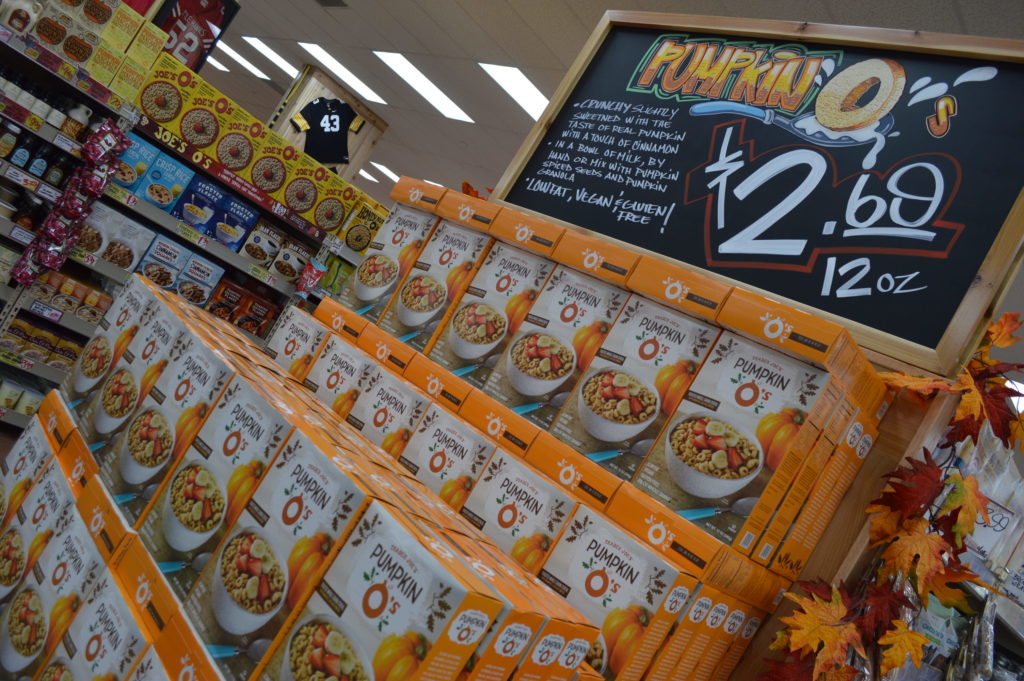 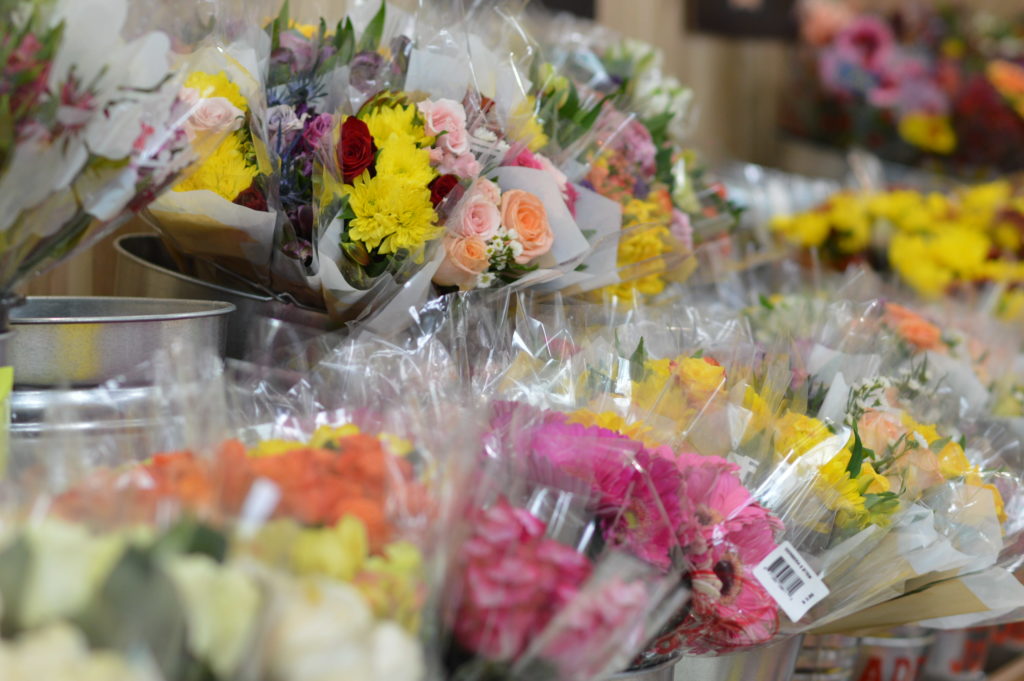 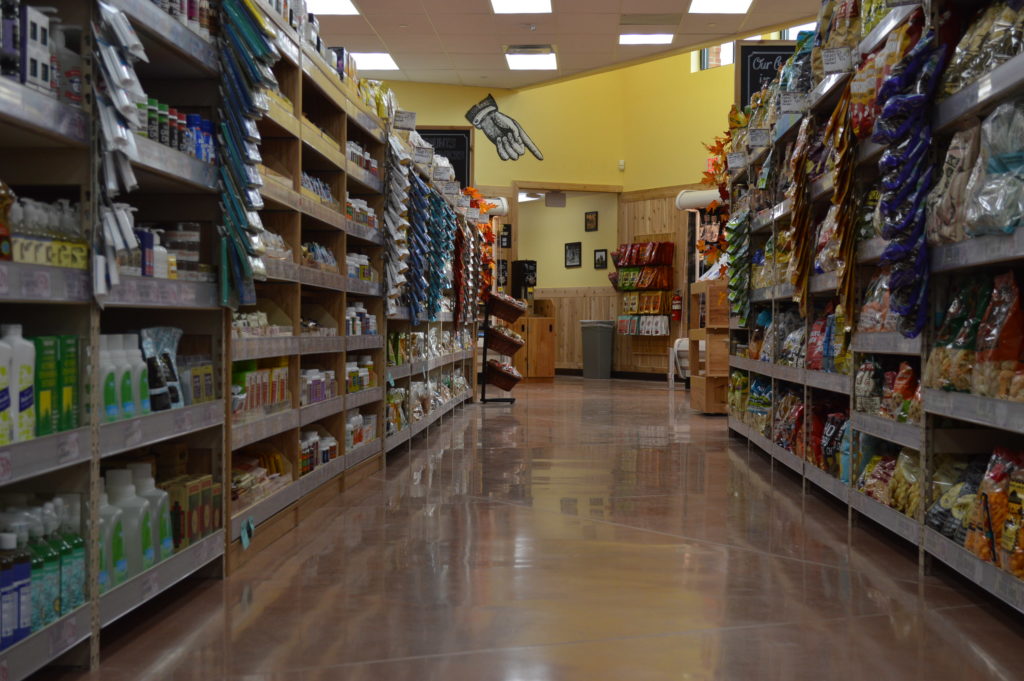 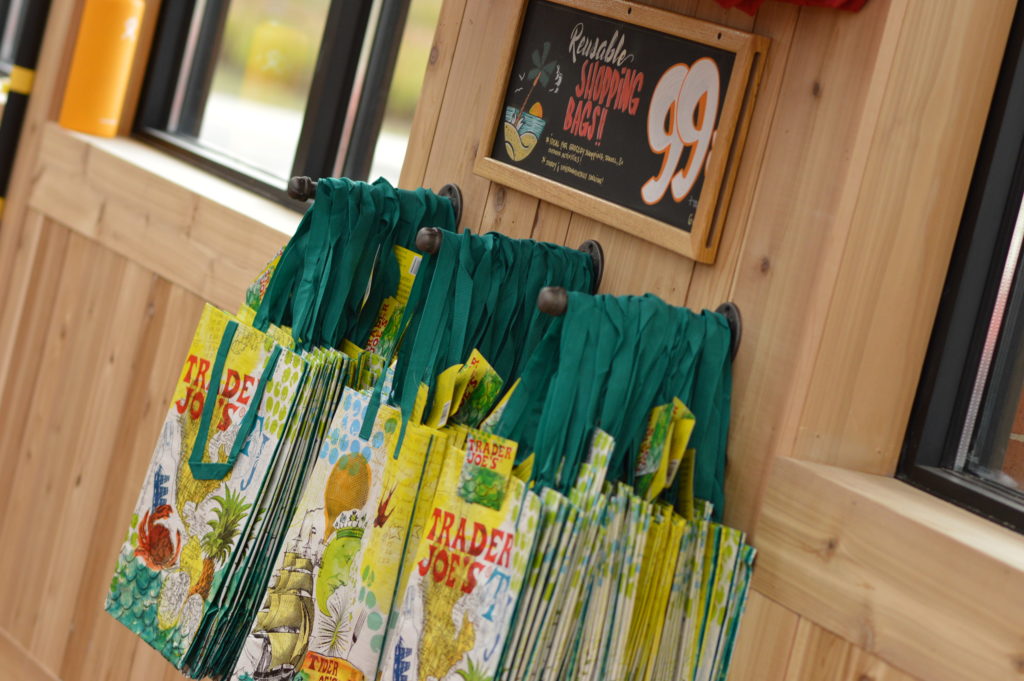 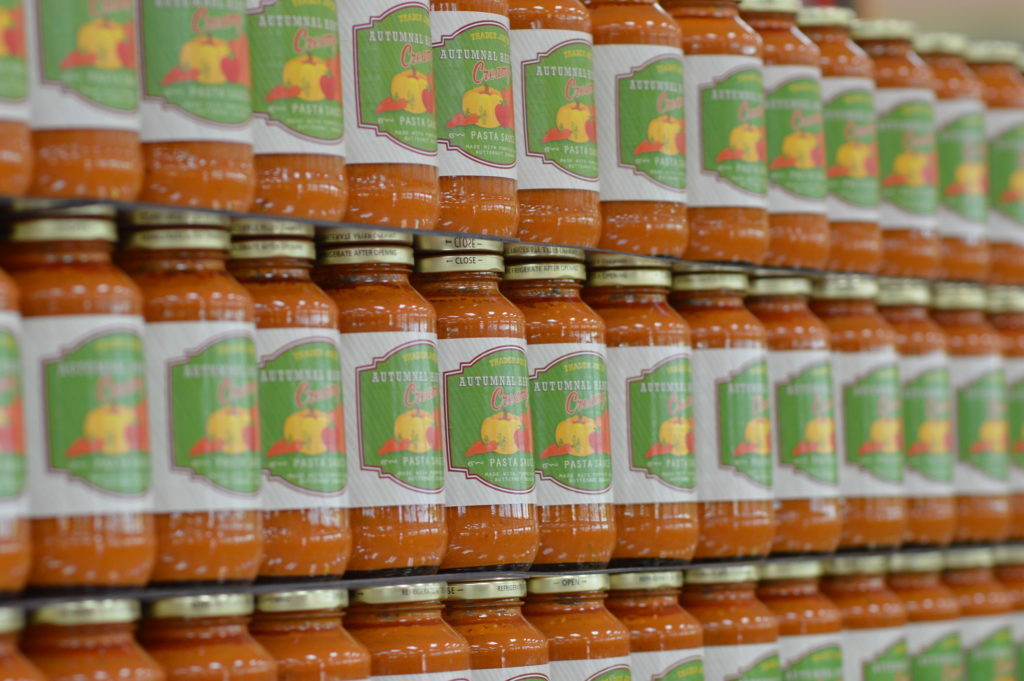 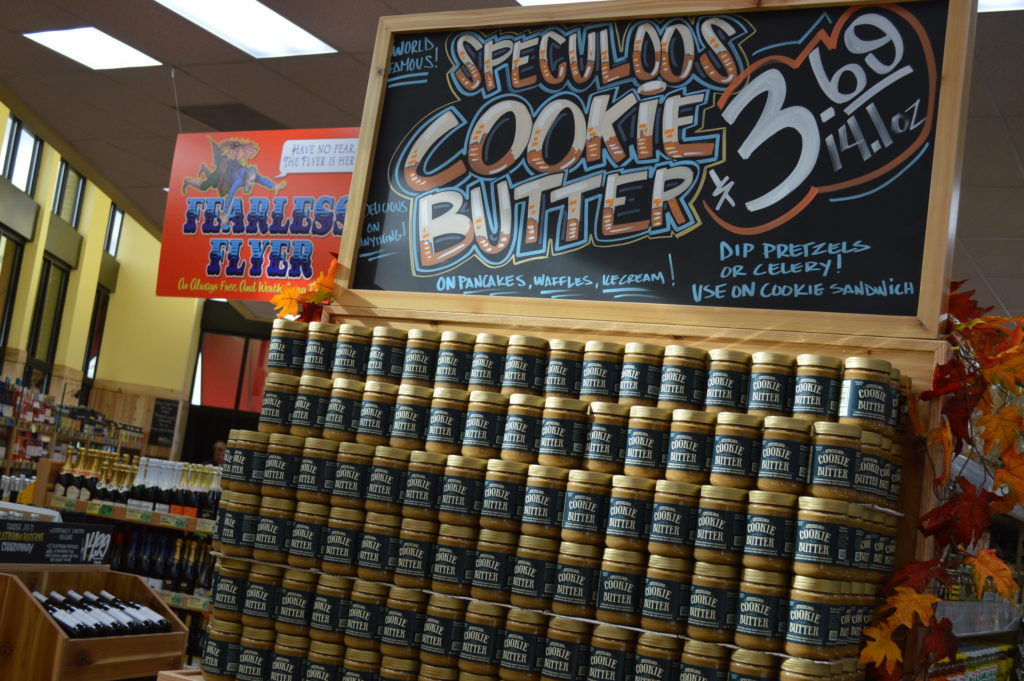 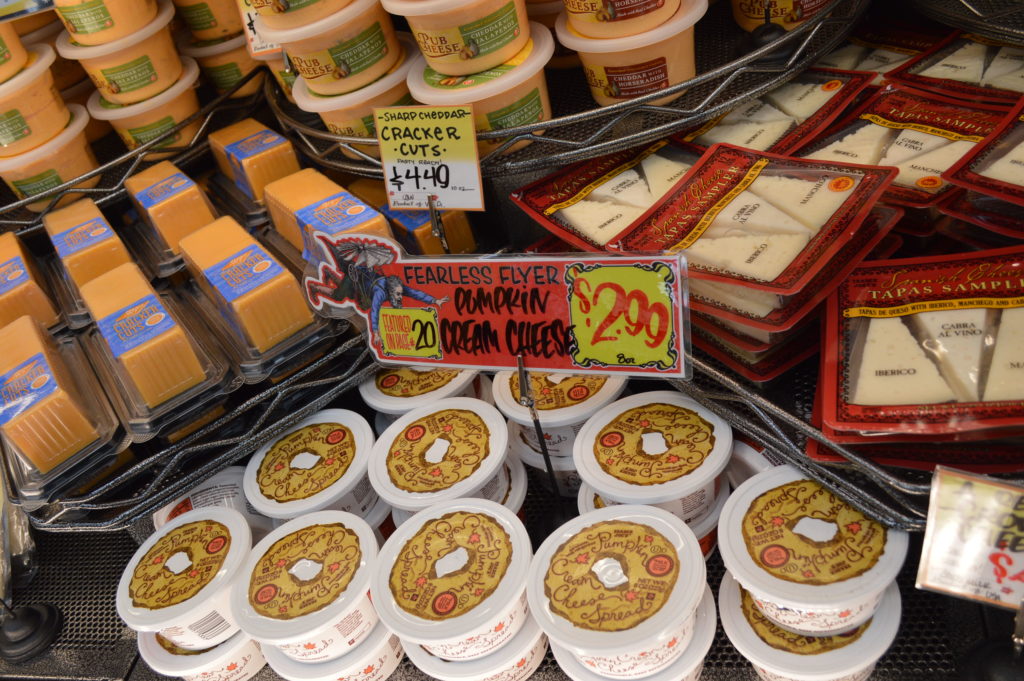 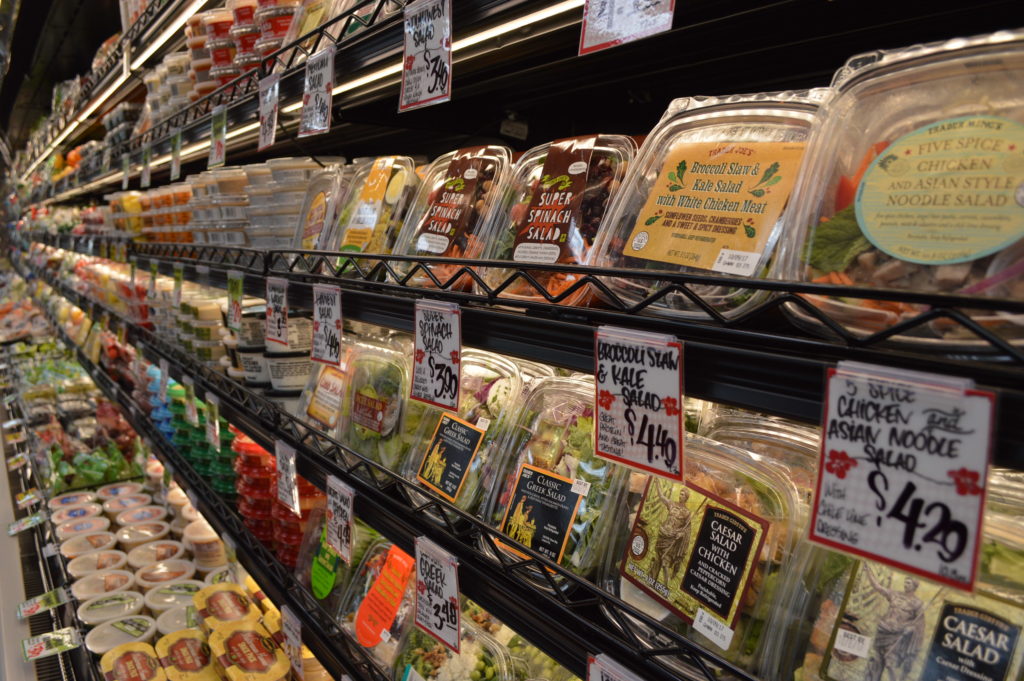 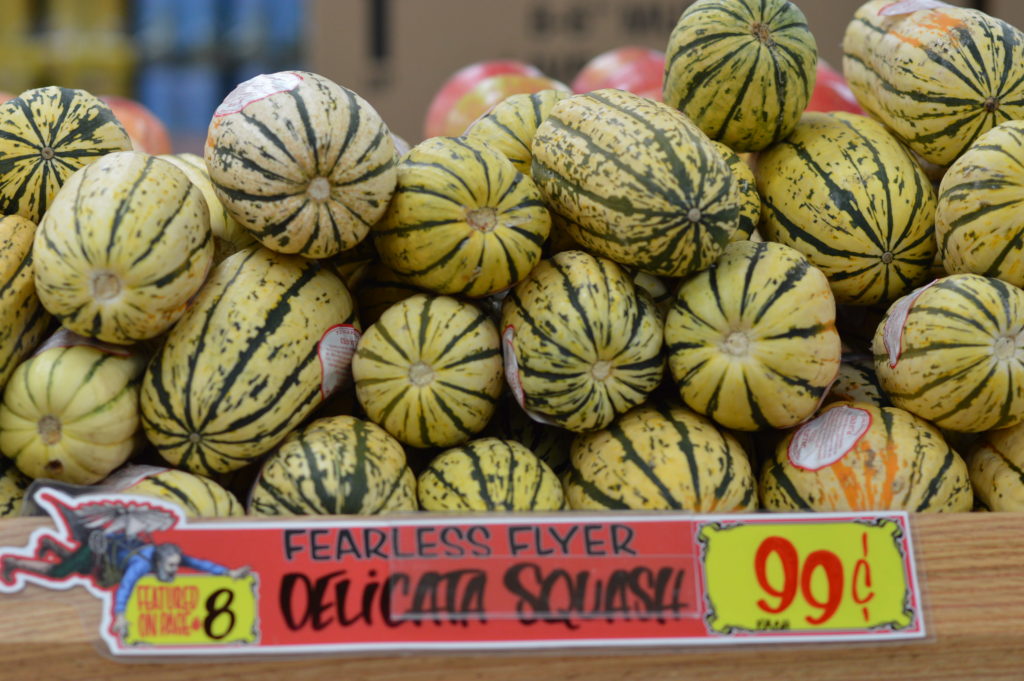 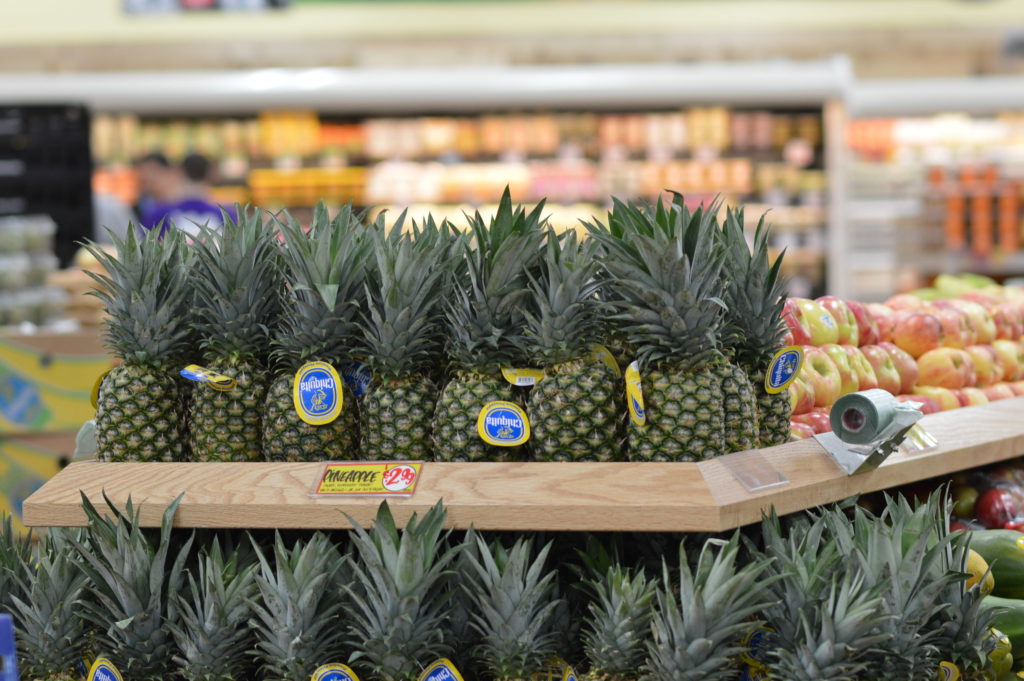 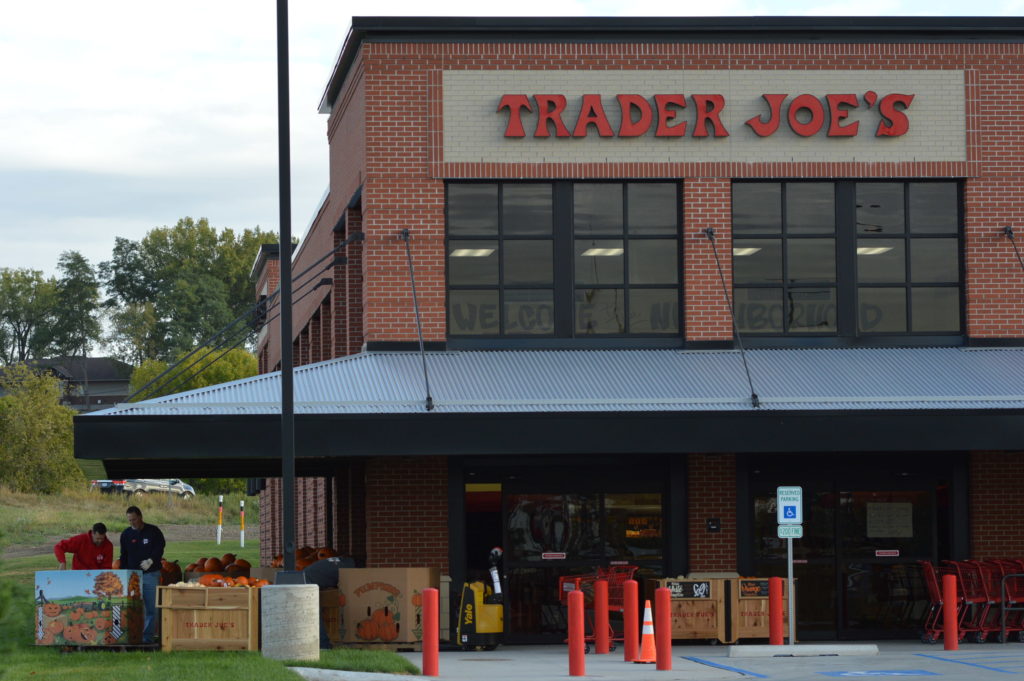