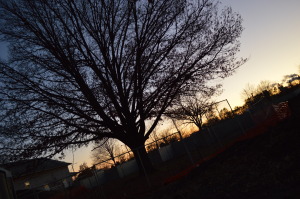 Developers listened when advocates asked that this oak tree not only be saved, but protected as new housing is built in New Bohemia in Cedar Rapids. (photo/Cindy Hadish)

As trees are removed at a fast pace to make way for development along Edgewood Road in northeast Cedar Rapids, a different approach is being taken in one of the city’s core neighborhoods.

A majestic pin oak, estimated to be at least a century old, has an added source of protection as new housing is built nearby in the New Bohemia district. 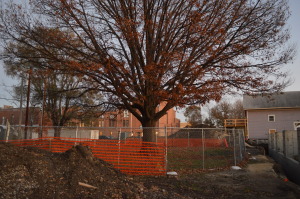 Chain-link fencing protects this tree, in southeast Cedar Rapids, from the impacts of construction. (photo/Cindy Hadish)

“Don and his contractor, Mike Barrigar, have been so supportive of this effort,” Fox said.   “On a relatively shallow property (front to back) they have had to work from the ends and the front for the most part.  It is indeed a solid commitment.”

Fox said she has tried for years to work with other developers to even maintain wood fencing around trees to the drip line.

She invariably has had to back down and accept other fencing types just around the trunk, “so this is a dream come true for me,” Fox said. “No compacting the soil with machinery, no one parking under it and no storage.” 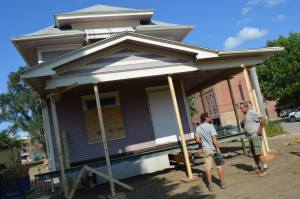 The Kurik House, built at the time that the oak tree was likely planted, was moved in August to the corner of Second Street and 11th Avenue SE in Cedar Rapids. (photo/Cindy Hadish)

An arborist will selectively trim branches on Saturday.  Country Landscapes also has been hired to perform other tasks in the next couple of weeks, Fox said.

The oak was likely planted around the same time that the historic Kurik House was built. The house was among many flooded in 2008, but one of few saved in the neighborhood.

As part of the project, 3rd Ward Development moved the house in August 2014 to the corner of Second Street and 11th Avenue SE.

Fox, who also is a research expert on historical projects, noted that the home was built in 1910 for Wesley and Elizabeth Kurik. According to research she conducted in her role in Ruth Fox Landscape Architecture + Planning,  the Kurik family lived in the house, on the east side of the Cedar River, and owned a saloon at 57 16th Ave., on the west side in
what would become Czech Village.

The Kurik home was built on a 60-foot-wide property at a time when most residential lots in the neighborhood were only 30 feet wide, the report notes. The neighborhood was originally home to Czech and Slovak immigrants just south of the central downtown district. 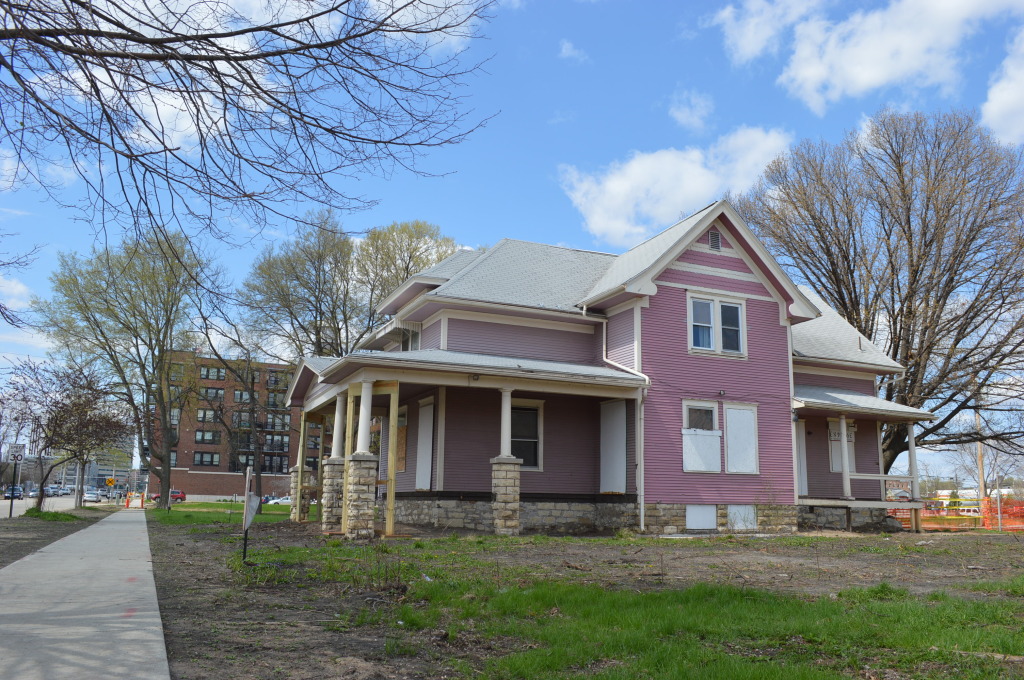 The pin oak can be seen  to the right of the Kurik House in spring 2014, before the historic home was moved. Built in 1910, the house was among many flooded in 2008, but one of few saved in the New Bohemia district. (photo/Cindy Hadish)