Stand in solidarity with Standing Rock at Prairiewoods 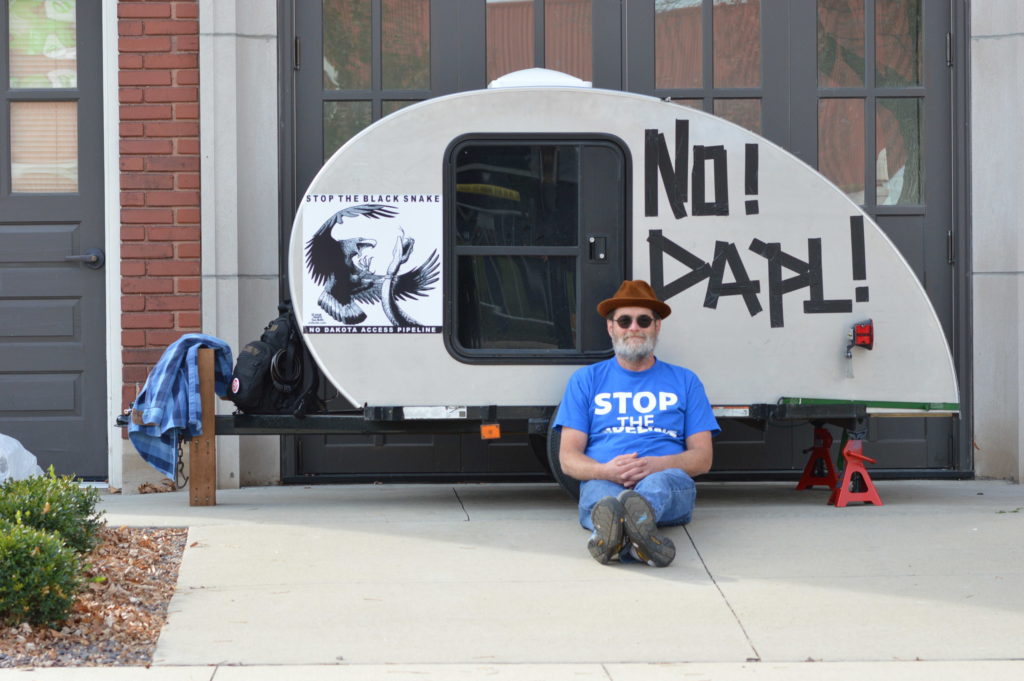 A protester displays opposition to the Dakota Access Pipeline in October 2016, in New Bohemia in Cedar Rapids, Iowa. (photo/Cindy Hadish)

Prairiewoods Franciscan Spirituality Center, 120 E. Boyson Road, Hiawatha, will host an event Tuesday, Nov. 29, on behalf of the Standing Rock people who are opposing the pipeline.

Read about the Iowa portion of the pipeline.

Ecospirituality Coordinator Emelia Sautter invites everyone to join for a celebration and reflection on water, in solidarity with the water protectors at Standing Rock and here in Iowa.

“We will begin with a ceremony and reflection (including song, poetry and prayerful contemplation,)” she notes. This portion will last approximately 30 minutes, and will take part both indoors and outdoors, so please dress accordingly.

You are invited to bring your lunch and join in a community meal and discussion after the ceremony. Beverages and dessert will be provided. The event is free, and all are welcome.

The Washington Post reported this week that protesters were doused with water during a skirmish in subfreezing weather near the Dakota Access oil pipeline, and organizers said at least 17 protesters were taken to the hospital — including some who were treated for hypothermia. Protesters also reported being pelted with rubber bullets, tear gas and concussion grenades during the standoff, which lasted until late Sunday night.