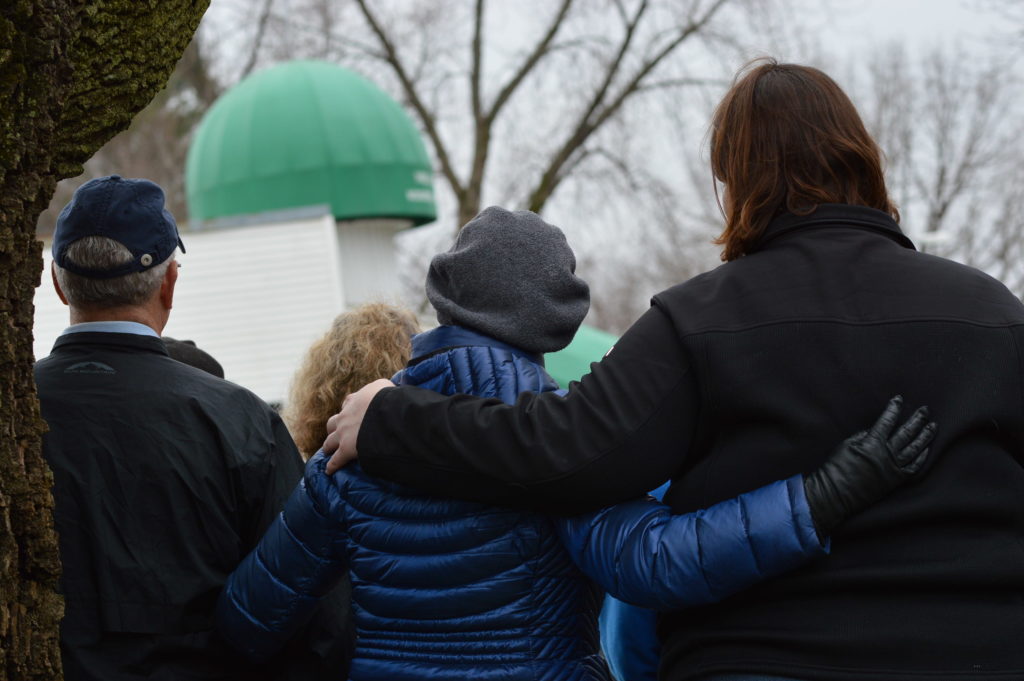 Supporters joined together to form a human circle around the Mother Mosque of America in Cedar Rapids, Iowa, on Sunday, March 26, 2017. (photo/Cindy Hadish)

CEDAR RAPIDS – Organizers of a rally in support of Muslims noted that a circle is a symbol of togetherness and of protection.

With that in mind, hundreds of supporters from across Iowa and beyond gathered Sunday, March 26, 2017, to form a human circle around the Mother Mosque of America in Cedar Rapids, during a multi-faith Rally for Muslims. 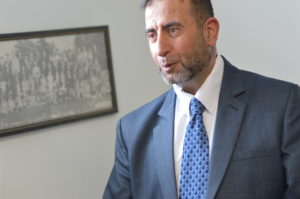 Imam Taha Tawil of the Mother Mosque of America speaks in the social hall of the building before a rally on March 26, 2017. (photo/Cindy Hadish)

Erin Bustin of Grinnell said she was inspired by similar demonstrations across North America in which people of various beliefs united to show their love and support for their Muslim neighbors.

Bustin and the Rev. Wendy Abrahamson, of St. Paul’s Episcopal Church in Grinnell, approached Imam Taha Tawil of the Mother Mosque of America about holding the event in Cedar Rapids.

Built in 1934, the Mother Mosque of America – the longest standing Mosque in North America – was chosen as the site of the rally as a gesture to defend the constitutional right to freedom of religious expression in Iowa and across the country.

The organizers noted that reports of hate crimes, vandalism, attacks on houses of worship, and bullying against Muslims have risen over the past few months. “In the face of this hatred and hostility, we commit to place ourselves, physically and metaphorically, between those who would wish harm, and our friends and neighbors of the Islamic faith,” they wrote in the event invitation on Facebook. 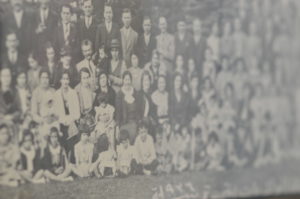 An early photo inside the Mother Mosque of America shows some of the people who built the mosque, and their lives, in Cedar Rapids, Iowa.

“We’re not going anywhere,” Donnielle Wanatee, of the Meskwaki nation in Tama said, directing her comments to people of different faiths who have been threatened. “I don’t expect you to go anywhere, either.”

Tawil noted that letters of support, bouquets of flowers and even chocolate have been left on the steps of the Mother Mosque, located in a residential neighborhood of northwest Cedar Rapids.

“Your presence today represents… the true America,” he said to the crowd. “The spirit of tolerance, of acceptance and support of the freedom of religion in America.” 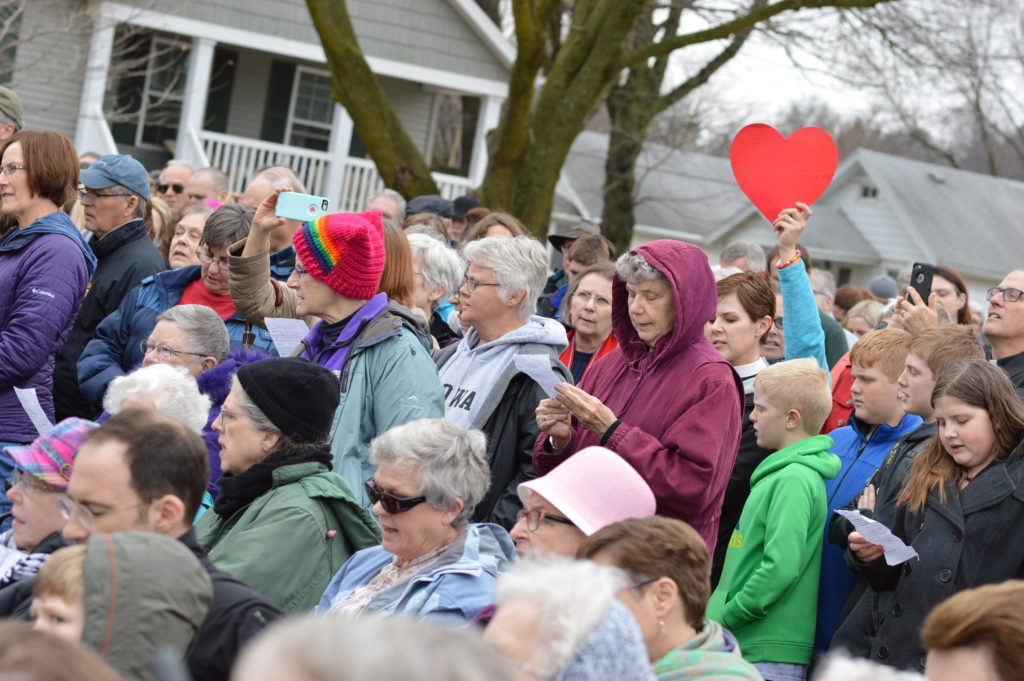 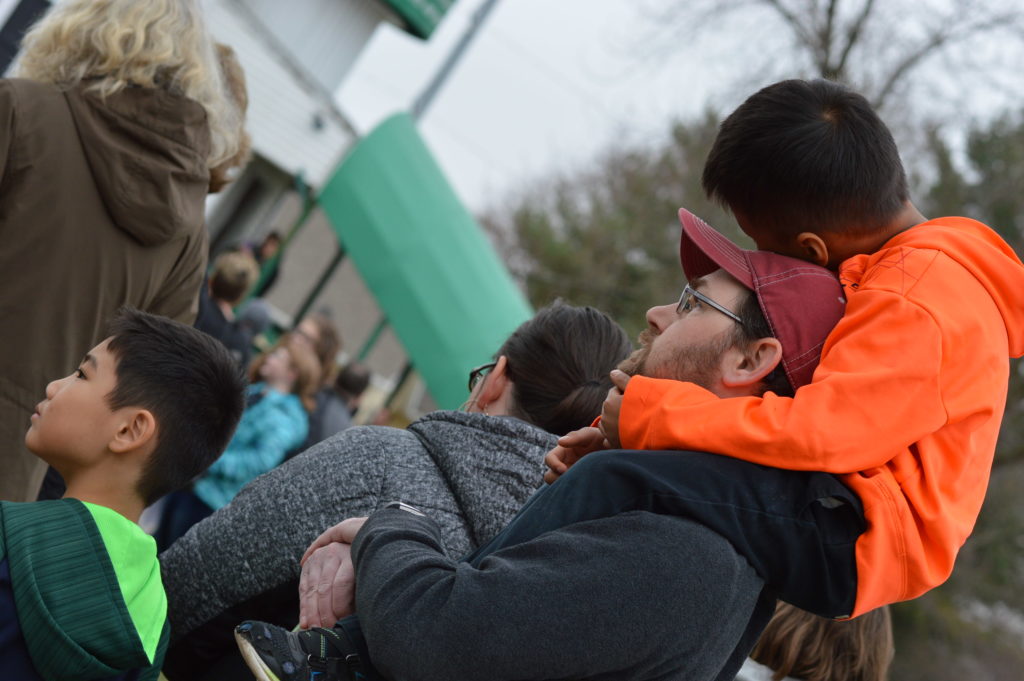 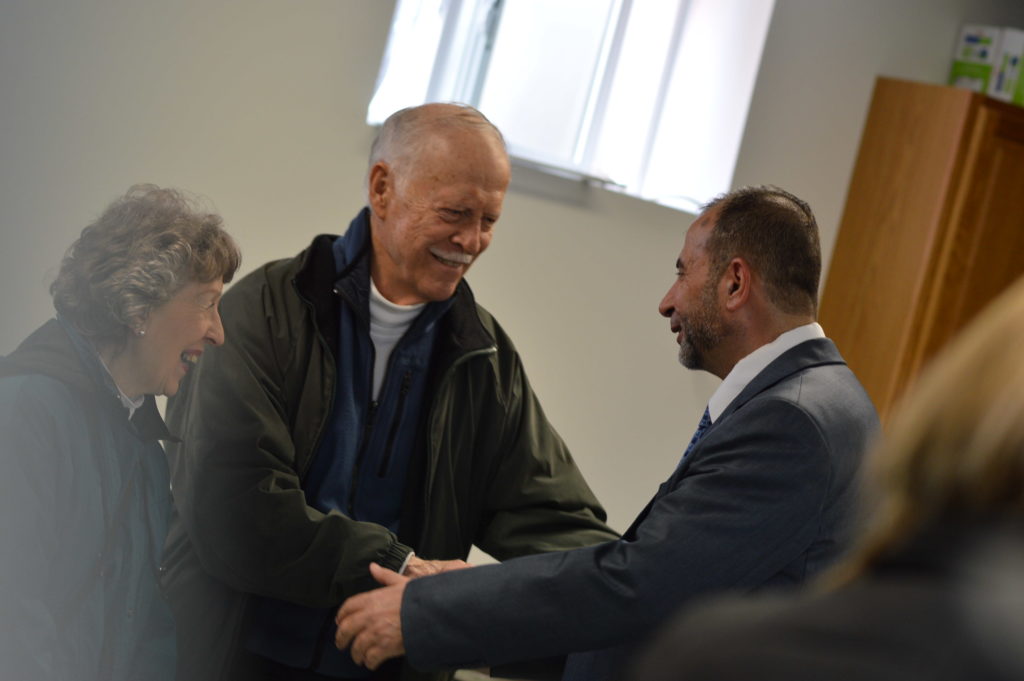 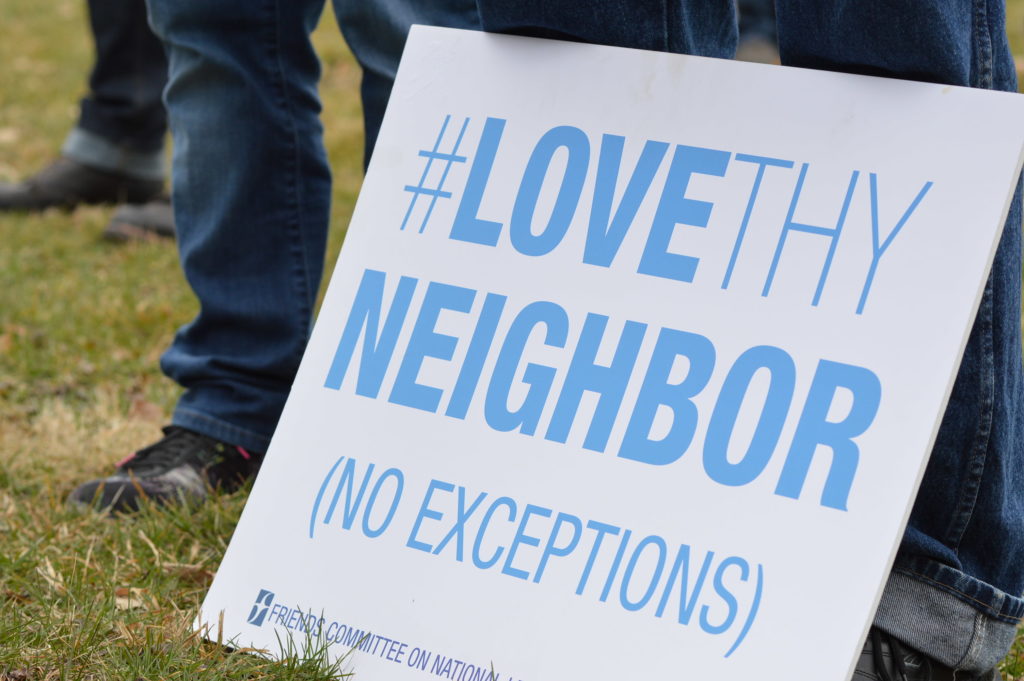 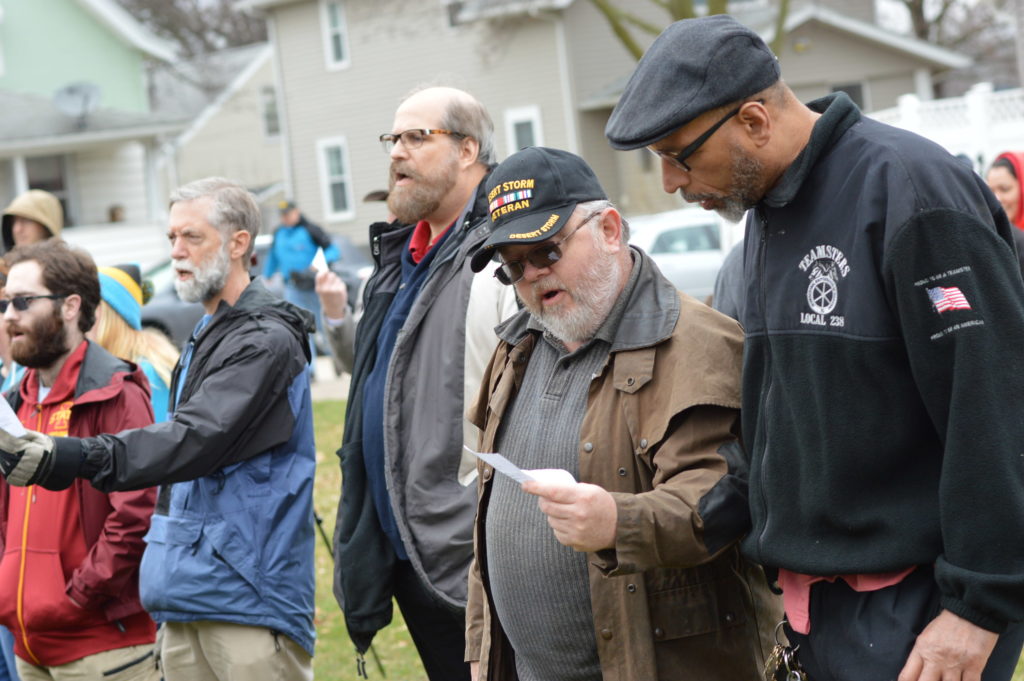 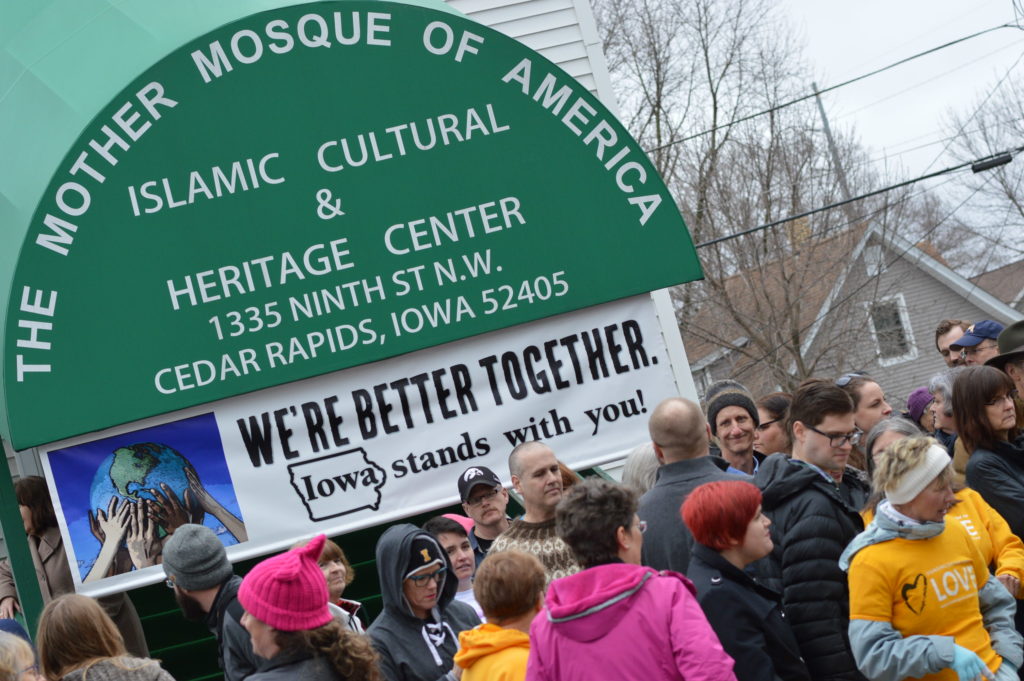 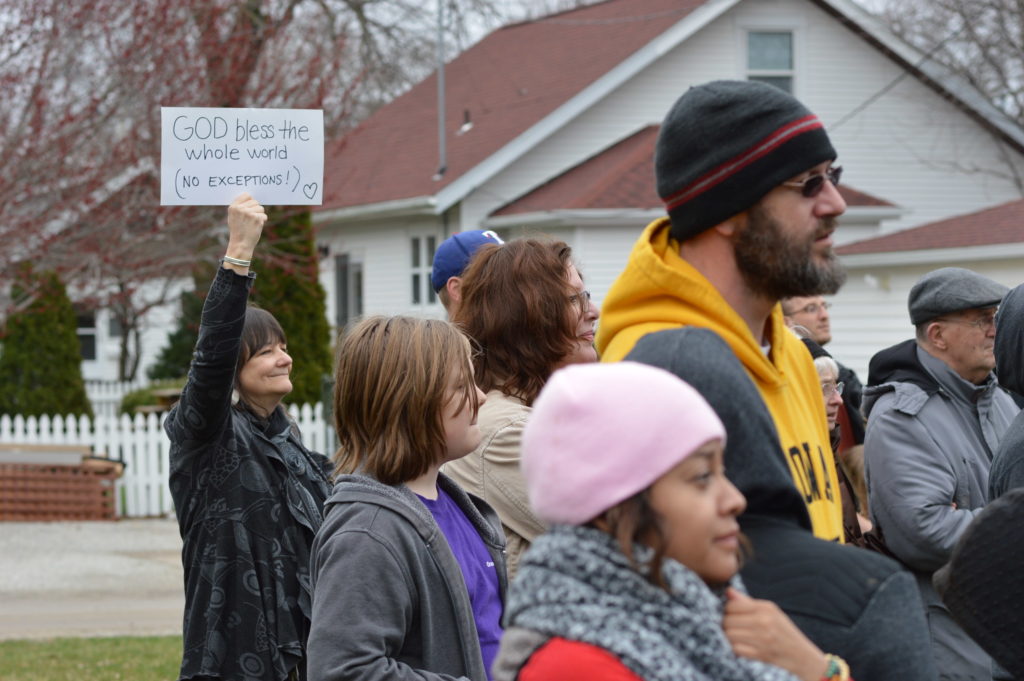 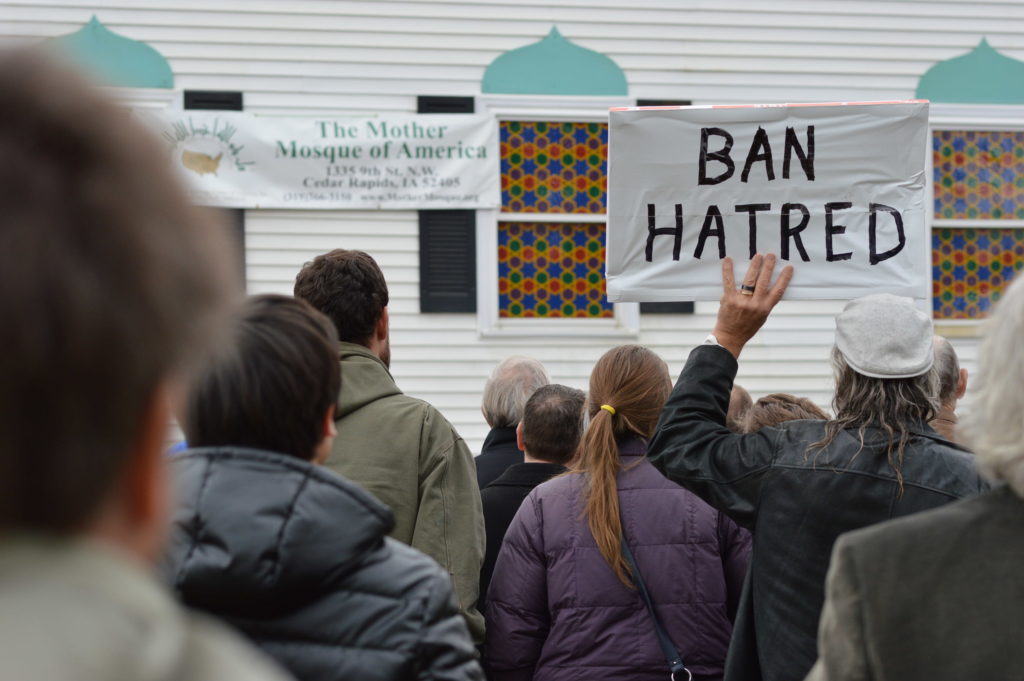 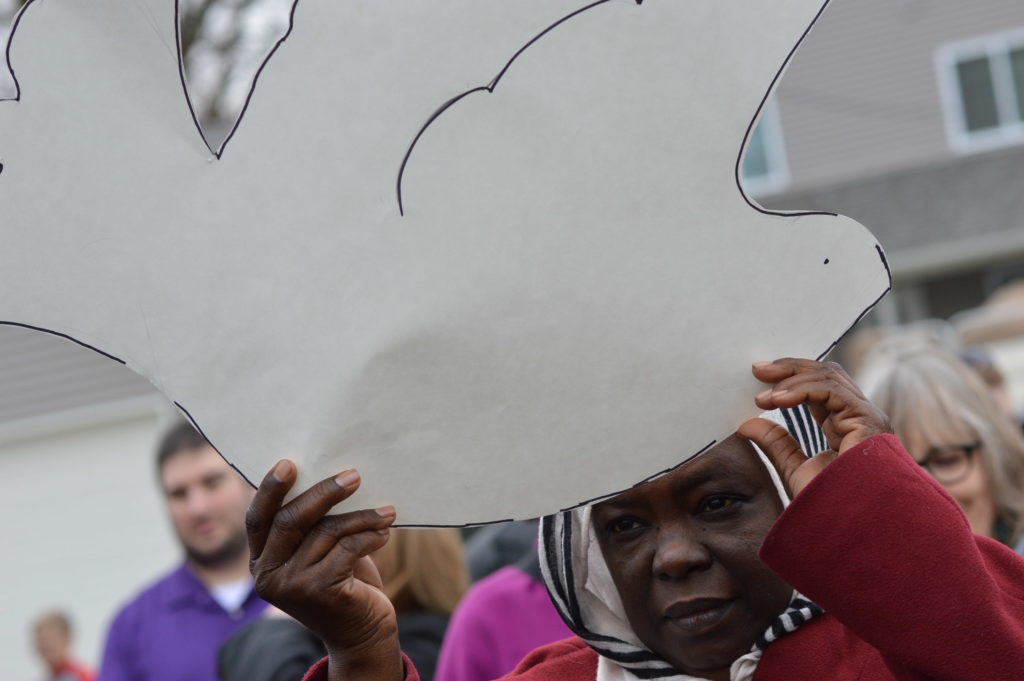 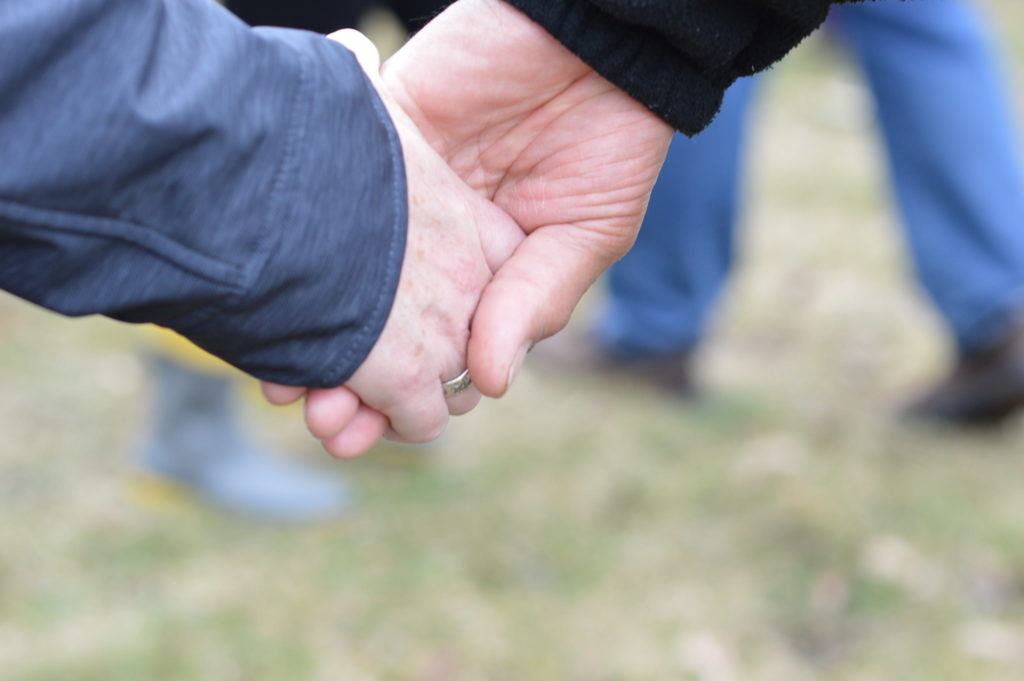 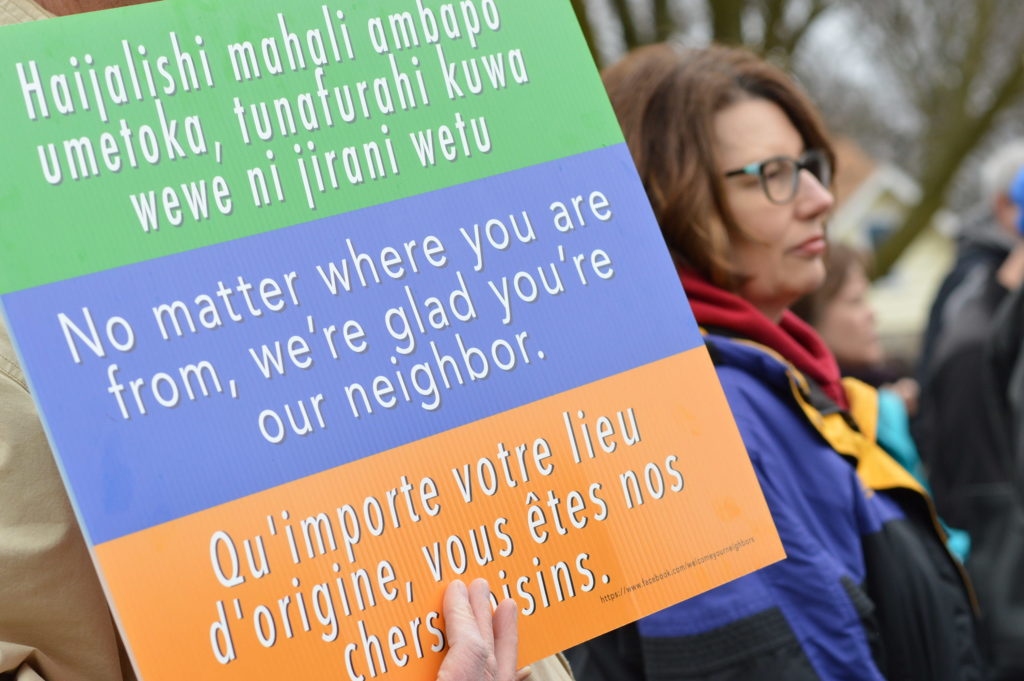 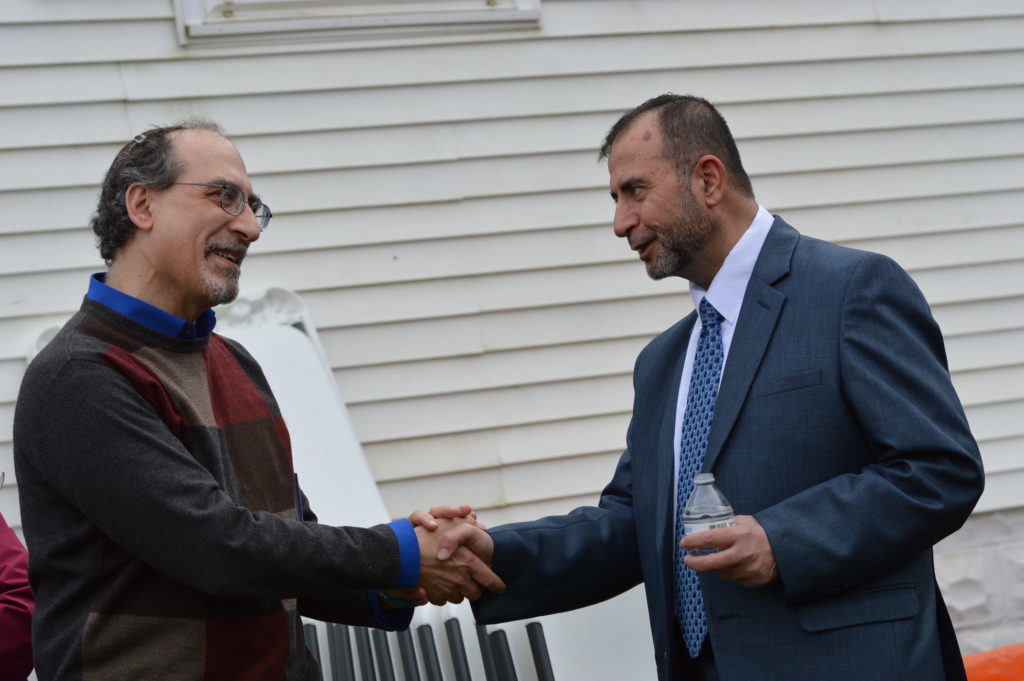 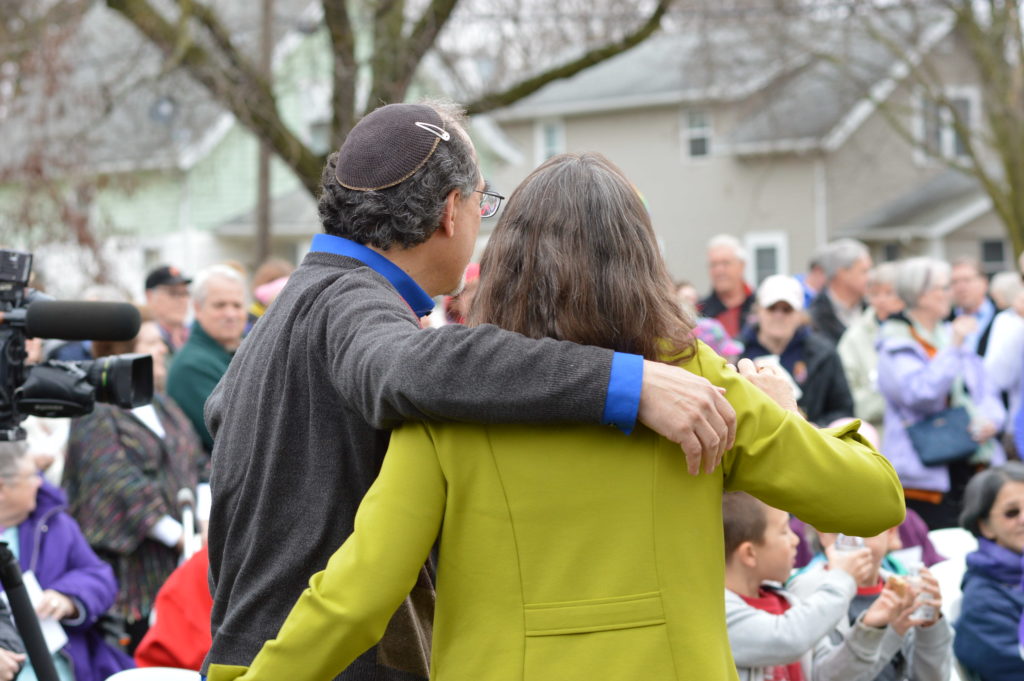 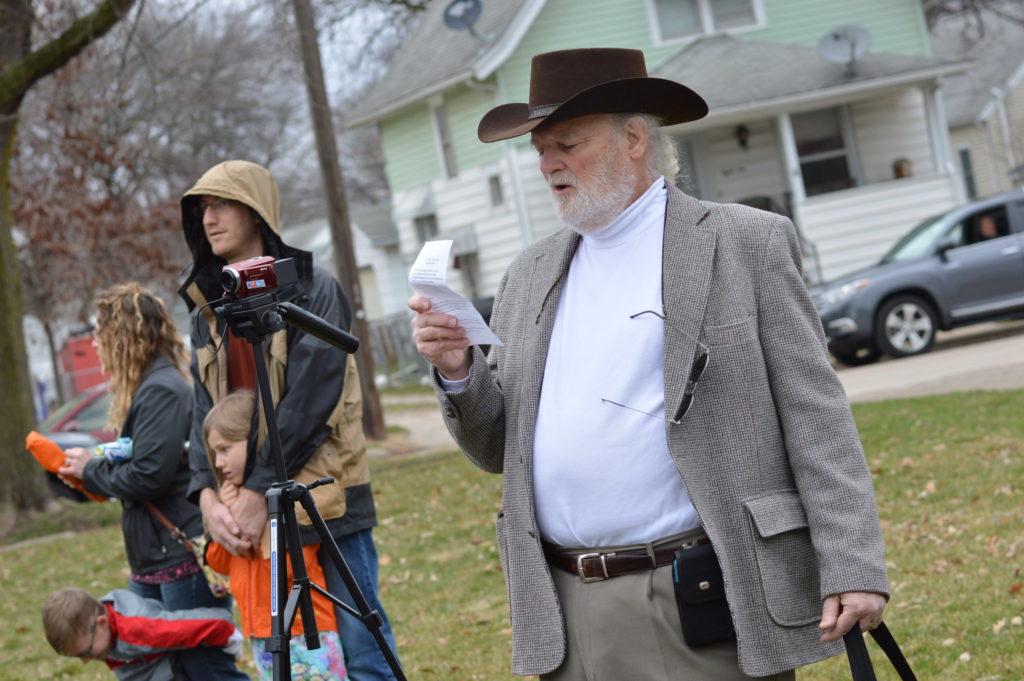 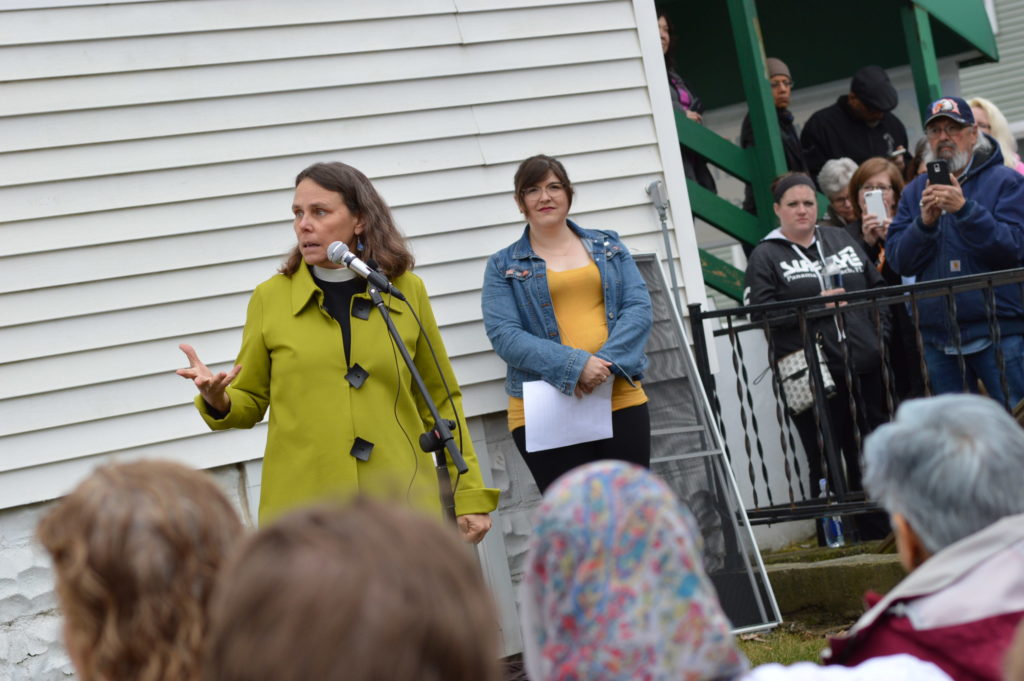 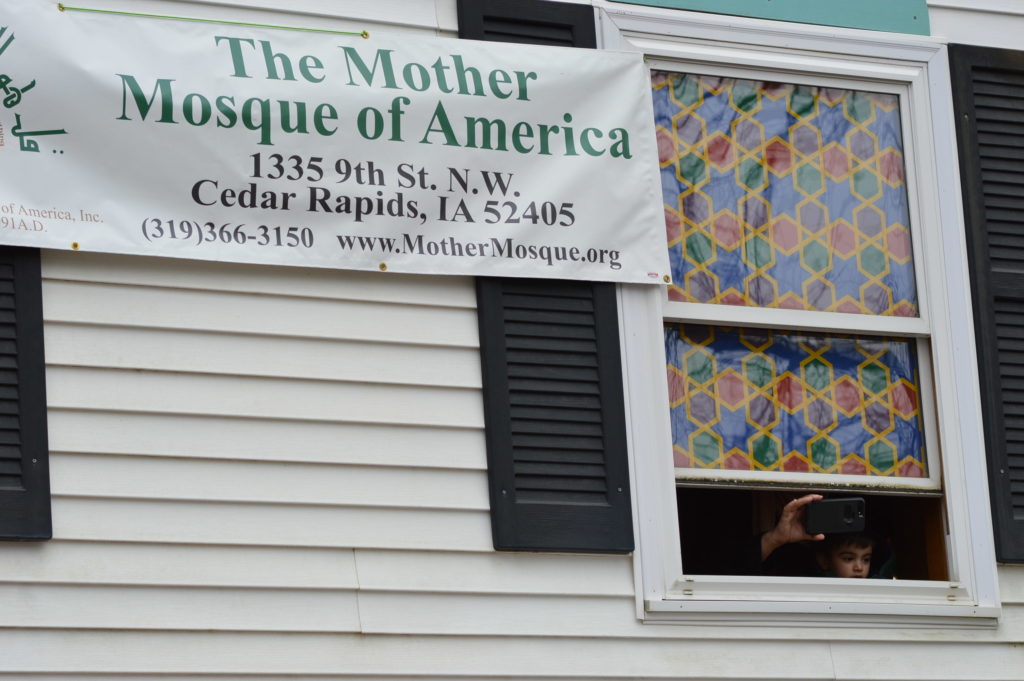 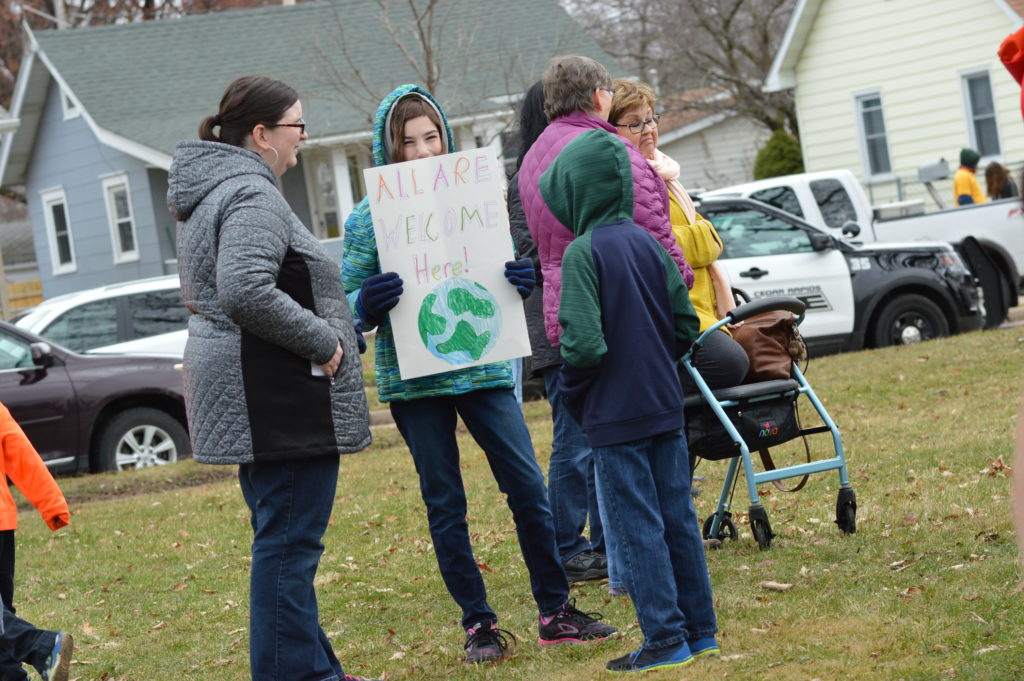 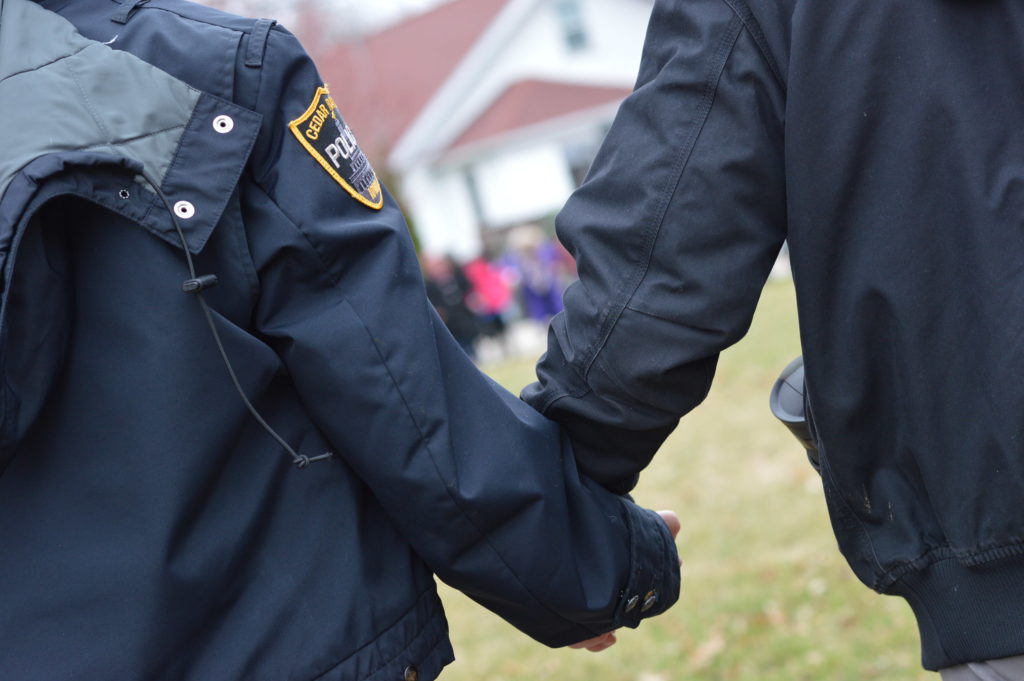 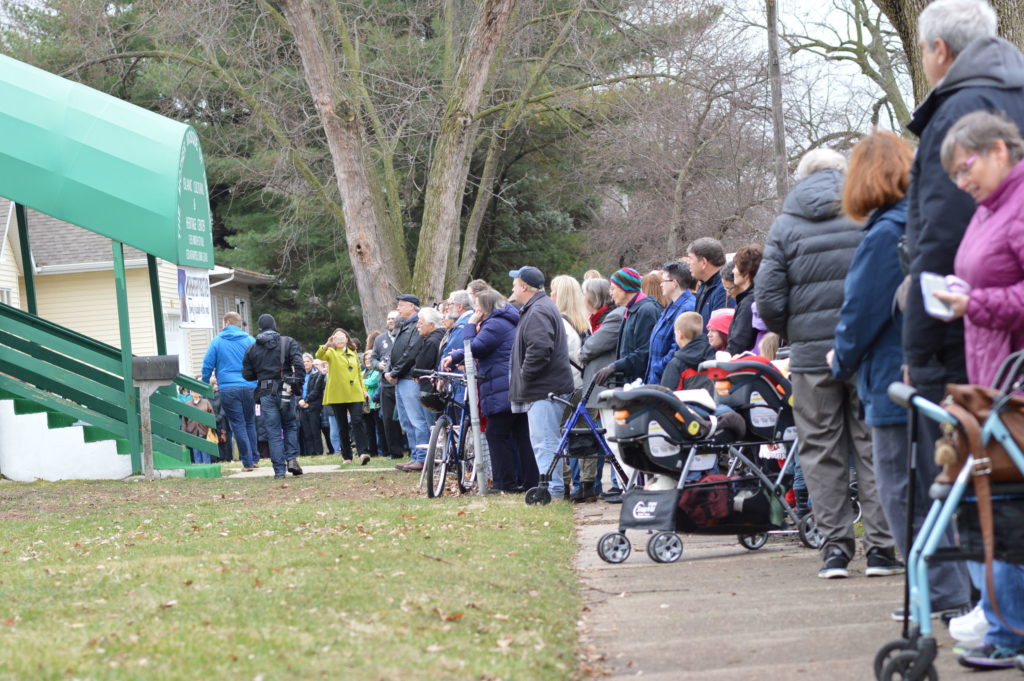 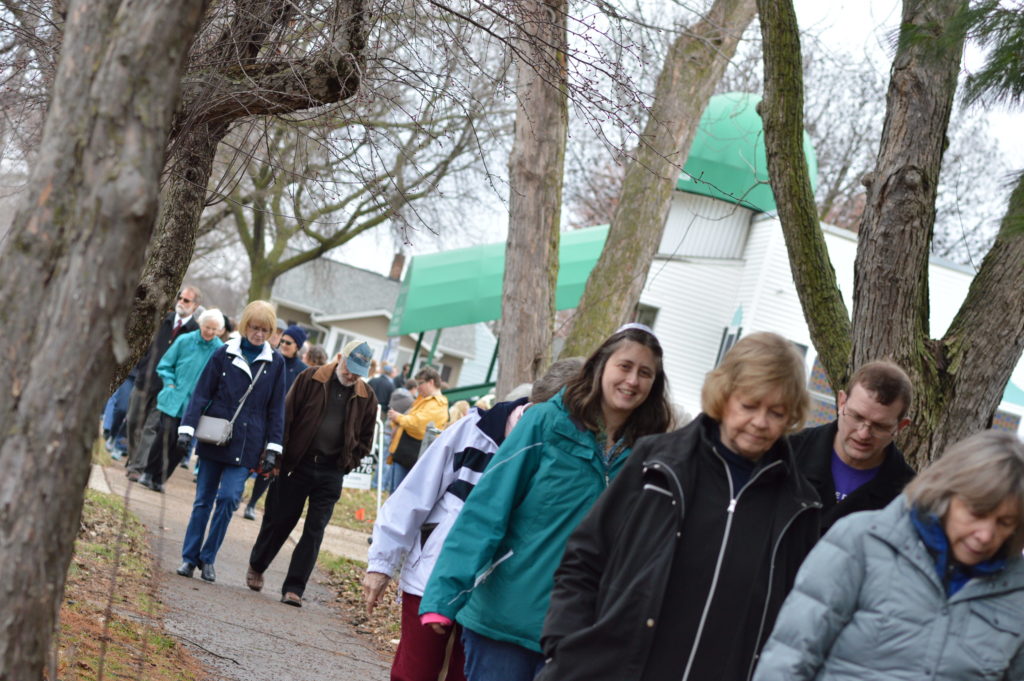 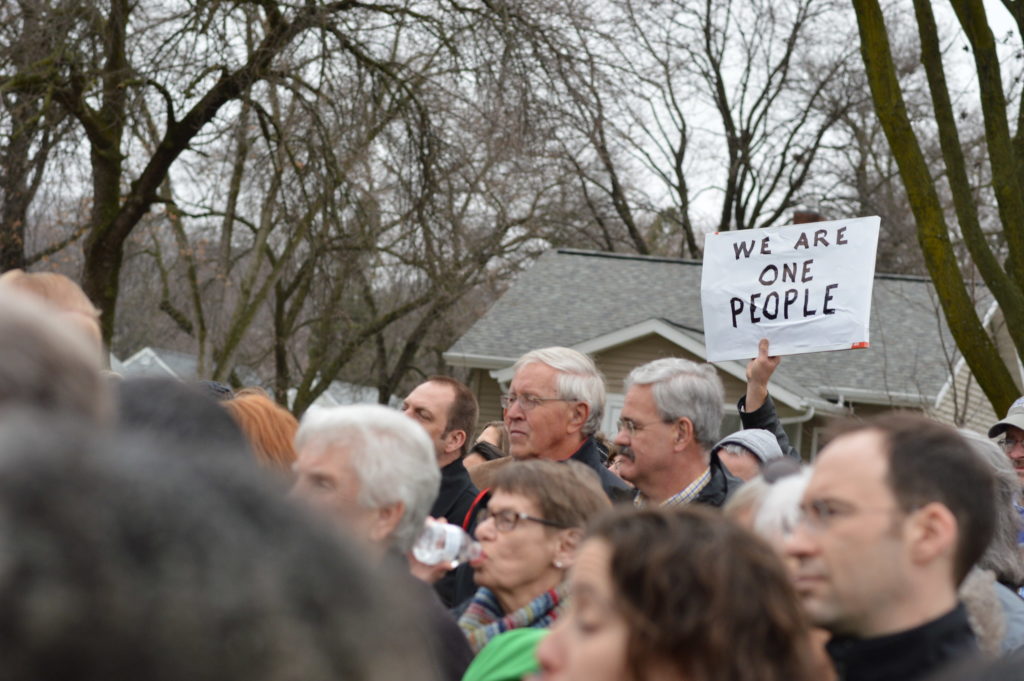