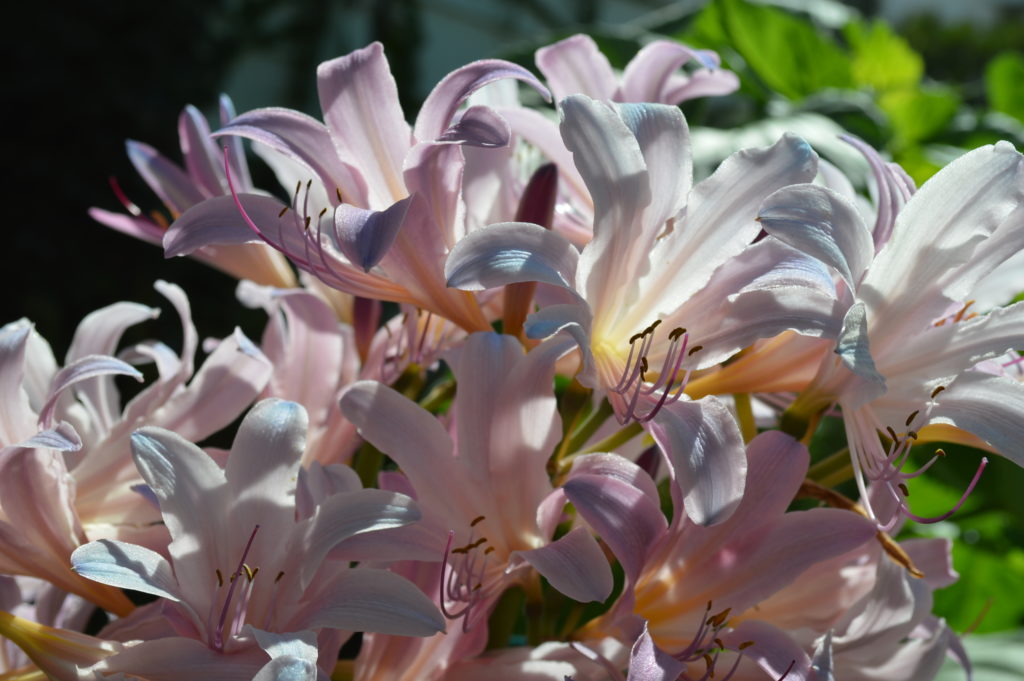 This year has been one surprise after another, with extremely extended winter weather into April, followed by sweltering summertime heat in May.

Many fall bloomers were in full glory by mid-July and already a few days ago, surprise lilies, which reliably come up at the end of July or early August, were making their annual appearance.

Also known as “naked ladies,” the perennial flowers sport lovely foliage early in the season, which disappears with the summer’s heat.

Like clockwork, pink flowers tinged in blue simultaneously pop up – seemingly out of nowhere – late in the summer, making the plants’ other names, such as magic lily and resurrection lily, fitting, as well.

The blossoms make elegant, long-lasting bouquets and the plants are hardy in Iowa, growing well in full sun or even partial shade.

Surprise lilies can be prolific, so if you’d like more, the best time to divide is after they’ve bloomed. The bulbs are surprisingly large, so dig deep to avoid damage and carefully divide them.

Learn about gardeners who grow other types of Iowa-hardy lilies: