Swallowtail update: so then this happened! 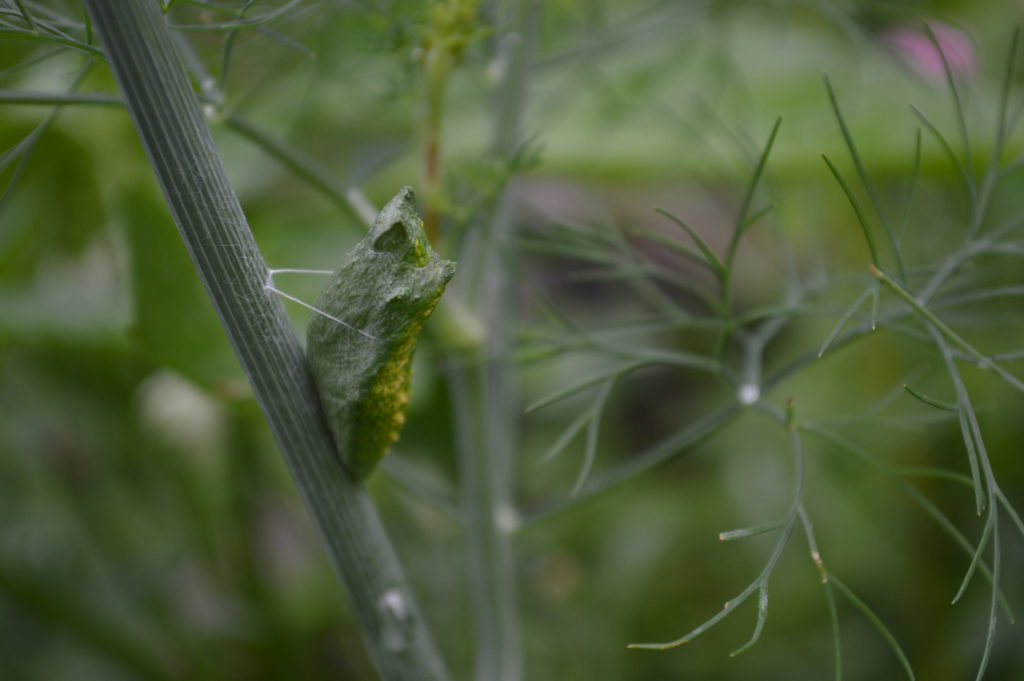 A black swallowtail caterpillar forms a chrysalis, suspended by a silken harness, on a dill plant in Cedar Rapids, Iowa. (photo/Cindy Hadish)

Just one day after posting about my backyard buddy, the black swallowtail caterpillar stopped moving.

Hours later, it formed a silken “harness” and began its metamorphosis on the way to becoming a butterfly by forming a chrysalis.

Related: How to tell apart swallowtail and monarch caterpillars

I understood that swallowtails like to wander far from their host plants right before this stage, so I feel fortunate that it decided to literally hang around on the dill it had been consuming in my raised bed.

But this led to another conundrum. Do I bring it inside to raise in a protected environment, or let nature take its course outdoors?

Last night, a thunderstorm brought a downpour of rain that was so torrential, I didn’t expect my buddy to survive. As the storm boomed outside, I thought of Dr. Seuss’s “Horton Hatches the Egg” and how I might protect the new chrysalis from harm.

I didn’t brave the storm, but found my friend had survived the night and the challenge remains. Do I bring the chrysalis indoors?

Swallowtail caterpillars that form a chrysalis late in the season can wait over winter to emerge in the spring, but I’m hopeful to see a butterfly within weeks. 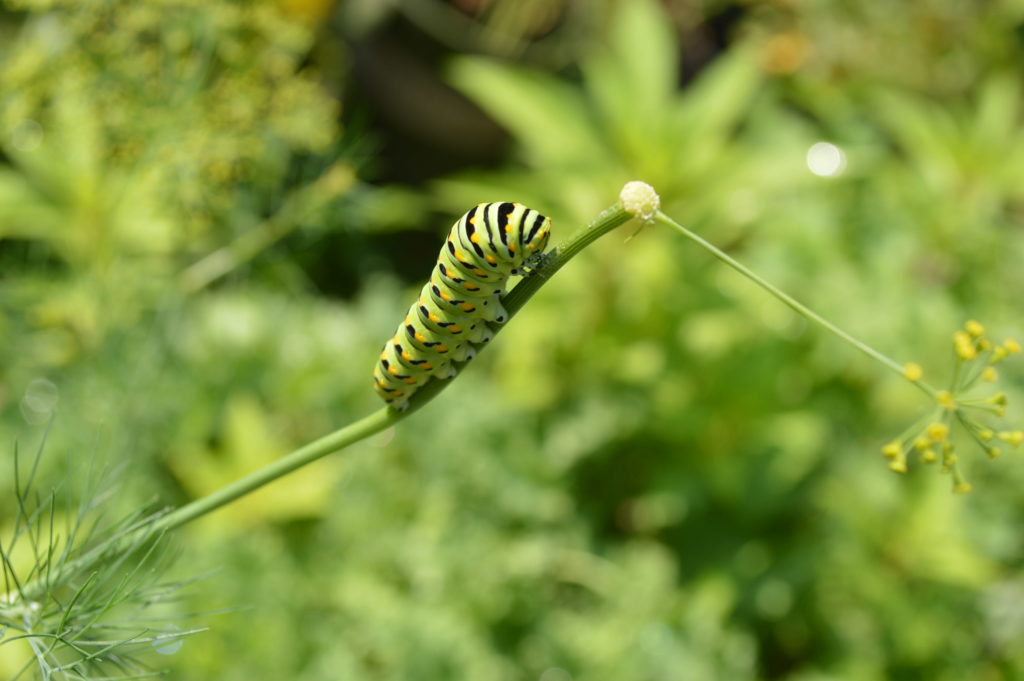 A black swallowtail caterpillar makes its way along a dill plant on July 19, 2017, in Cedar Rapids, Iowa. (photo/Cindy Hadish)