Tapping into nature in Iowa City 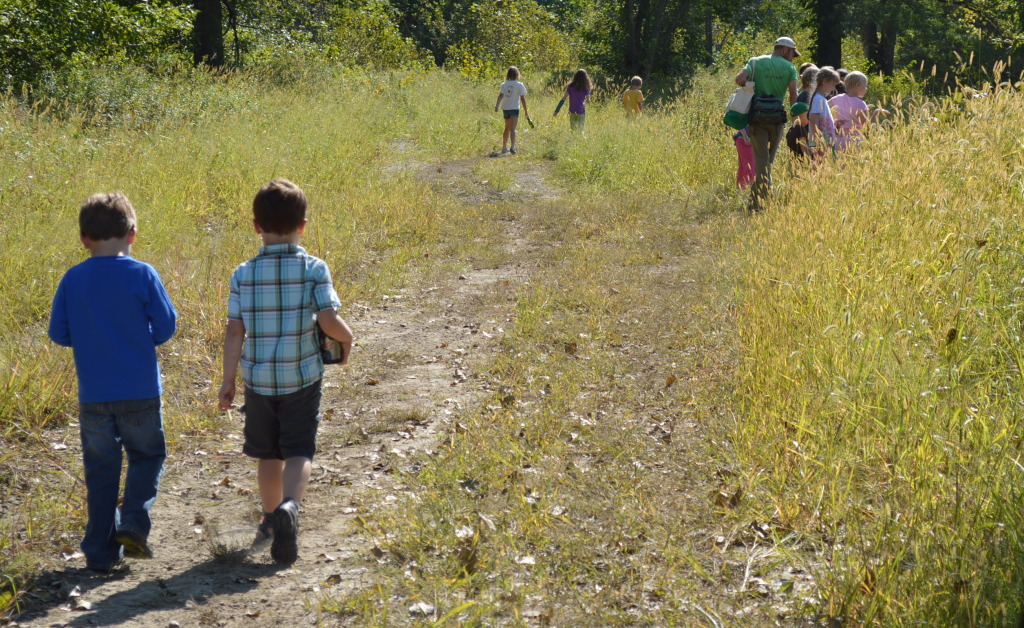 Taproot Nature Experience students make their way down a path in September 2014 at the Terry Trueblood Recreation Area in Iowa City. (photo/Cindy Hadish)

That imagination, and freedom, are what Iowa City-based Taproot Nature Experience taps into and fosters during its outings for area youths.

Zac and Elesa Wedemeyer founded the nonprofit in 2007 to share their love of the outdoors with others and strengthen the bond between people and nature. Like its namesake, the strong “root” of the program has formed offshoots as it now enters its eighth year.

Beginning with after-school programs for 5- to-8-year-olds, Taproot has grown to offer activities for people of all ages, including summer camps, morning preschool programs, and leadership camps for teenagers, along with the after-school excursions. 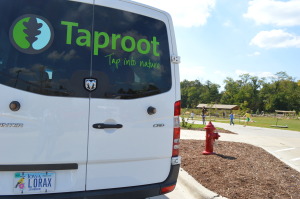 Zac and Elesa Wedemeyer founded the nonprofit in 2007 to share their love of the outdoors with others and strengthen the bond between people and nature. (photo/Cindy Hadish)

“We’ve expanded both in size and the different programs we offer,” said Zac Wedemeyer, who taught elementary school in Iowa City for six years, as well as at the University of Iowa Wildlife Camps and School of the Wild, before launching Taproot with Elesa. He calls his wife the “driving force behind the scenes” as well as offering the creative innovation for Taproot.

The 80-acre Taproot Farm in rural Iowa County, about 30 miles west of Iowa City, is the site of some of the programs, but most takes place in various spots in the Iowa City area.

Among the many destinations are Hickory Hill Park, with 200 acres of old and new-growth forest, prairie and fields; Wilson’s Orchard, where children sample apples and float leaf boats in Rapid Creek; and the Devonian Fossil Gorge, where fossils, waterfalls and caves are among the many attractions.

When asked their favorite spot, several children cite “Clamshellica,” more commonly known as the Iowa River Beach, where they use Clamshellica currency — little red rocks — to conduct business as they enjoy the beach.

A recent after-school outing, with nearly 20 children ages 5 to 11, took the group to the Terry Trueblood Recreation Area in Iowa City. Vans pick up the students directly from school, after which they spend the next few hours in mostly unstructured outdoor activities.

“The foundation is pure nature,” Zac Wedemeyer noted, adding that the programs are held outside in all types of conditions. This outing, in September, took place in ideal weather, with moderate temperatures under sunny skies. 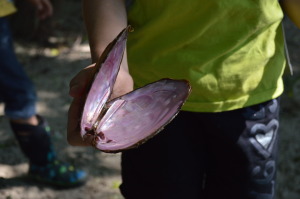 Mussel shells were among the finds on a Taproot outing in September 2014.(photo/Cindy Hadish)

“A day like this is perfect,” he said, as the children scattered along the banks of the Iowa River, searching for mussel shells, catching grasshoppers and building imaginary houses. Many finds were punctuated by shouts to their Taproot leaders: “Look at this!”

Assistant director Michele Thompson and Wedemeyer helped identify the critters and other treasures the children found, while mostly taking a hands-off approach, allowing the children to explore as they pleased.

“These days, kids just don’t get enough time when they get to direct themselves,” Wedemeyer said, citing the emotional and physical benefits of unstructured activity. “With this, there are no expectations from other people.”

“I think playing outside and making up their own games and rules helps them problem-solve in the real world,” she said. “Kids are just happy outside. Period.” 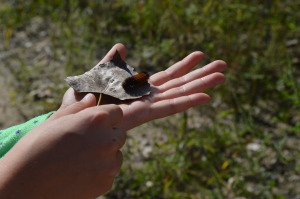 Erin Anderson and Anden Eldeen, both 9, discussed the best way to care for a wooly bear caterpillar they discovered en-route to the river.

“I like being outdoors,” Erin said, of her favorite part of Taproot. “And it’s kind of a family tradition.” Both girls have siblings who also have gone through the programs, starting at a young age.

“It’s the gold standard from which all other camps are measured,” said Dawn Anderson, Erin’s mother.

The children learn skills such as baiting a fish hook and can try activities like climbing a tree that might be perceived as “unsafe” in other programs, Anderson noted.

“Taproot cares about safety, but lets them explore, so the kids decide for themselves what they’re comfortable with,” she said, adding that the children often come home with dirty clothes. “As a parent, you either embrace that, or you don’t have your child in Taproot.”

Taproot charges tuition of about $500 to more than $700 for the weekly fall or spring sessions, with financial help available through scholarships.

“It’s worth every single penny,” said Brenna Eldeen, Anden’s mother. “I feel they learn lifelong lessons, every time they go there.”

For more information, see: taprootnatureexperience.org and read more about healthy living, including a list of cold-weather outdoor activities for children, at: radishmagazine.com 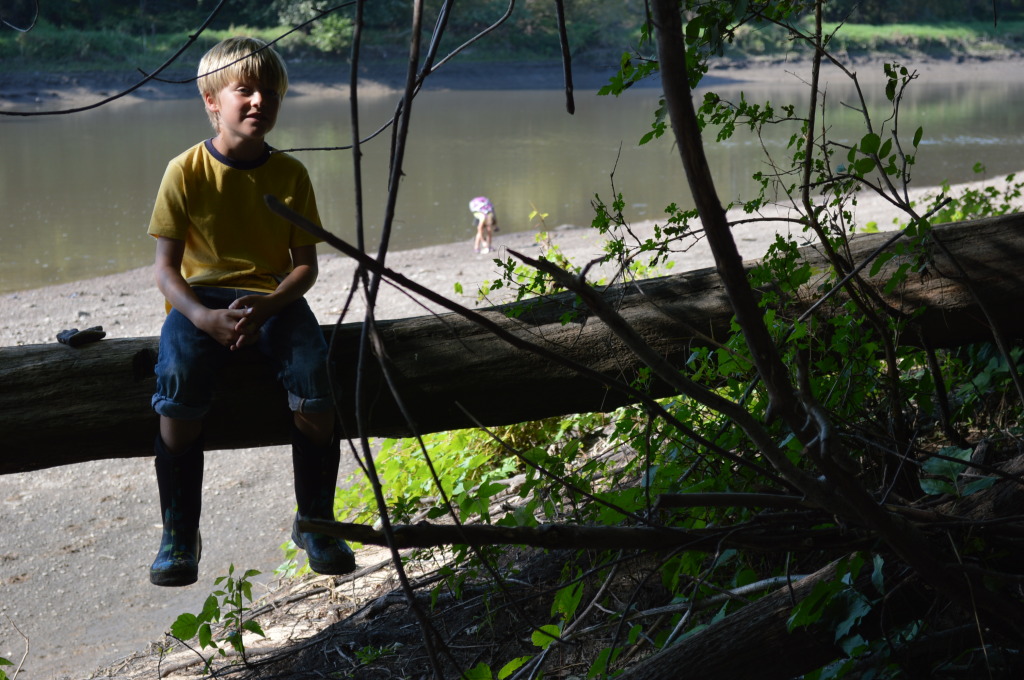 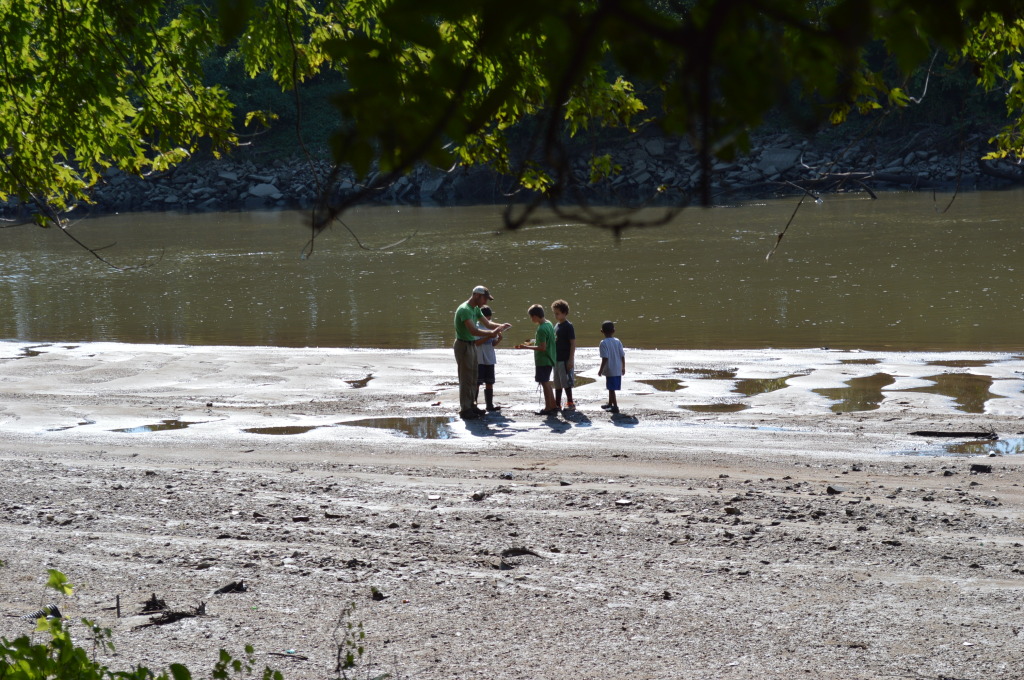 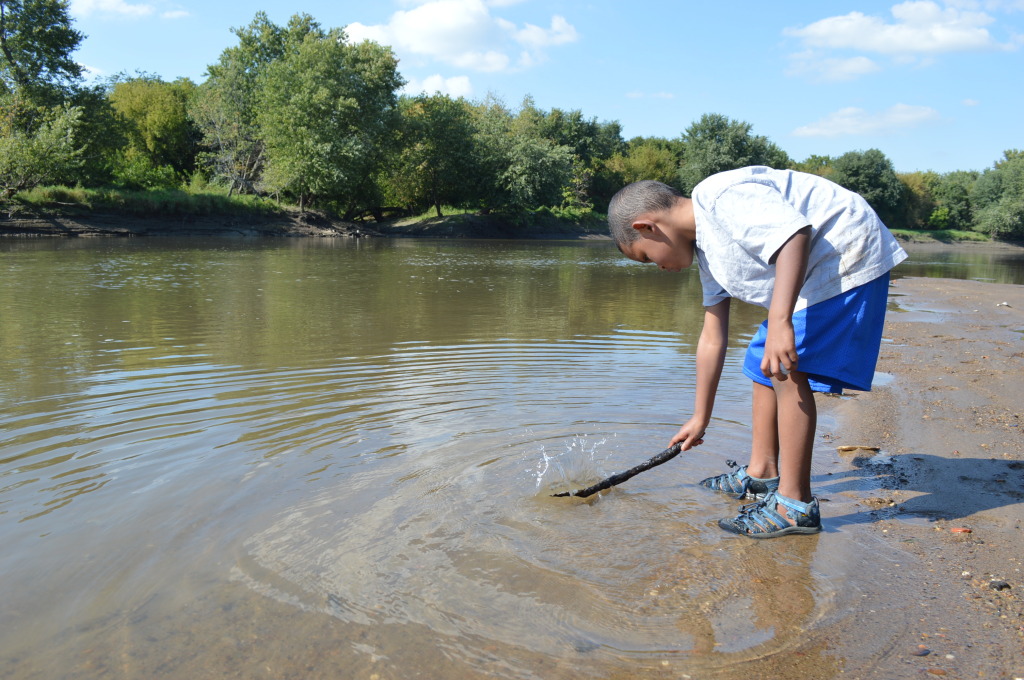 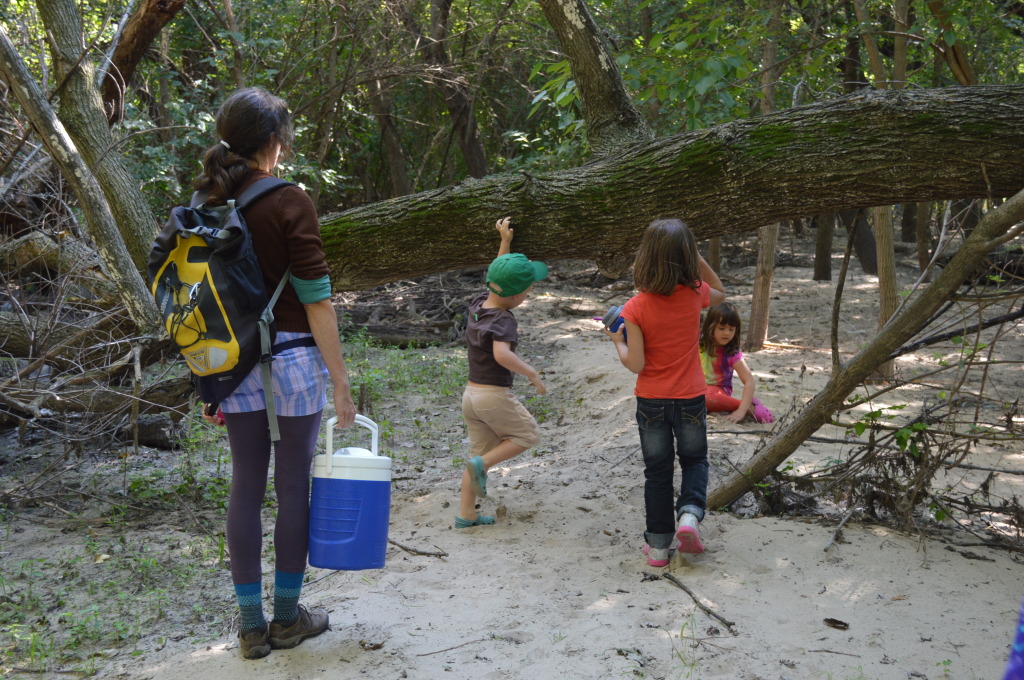 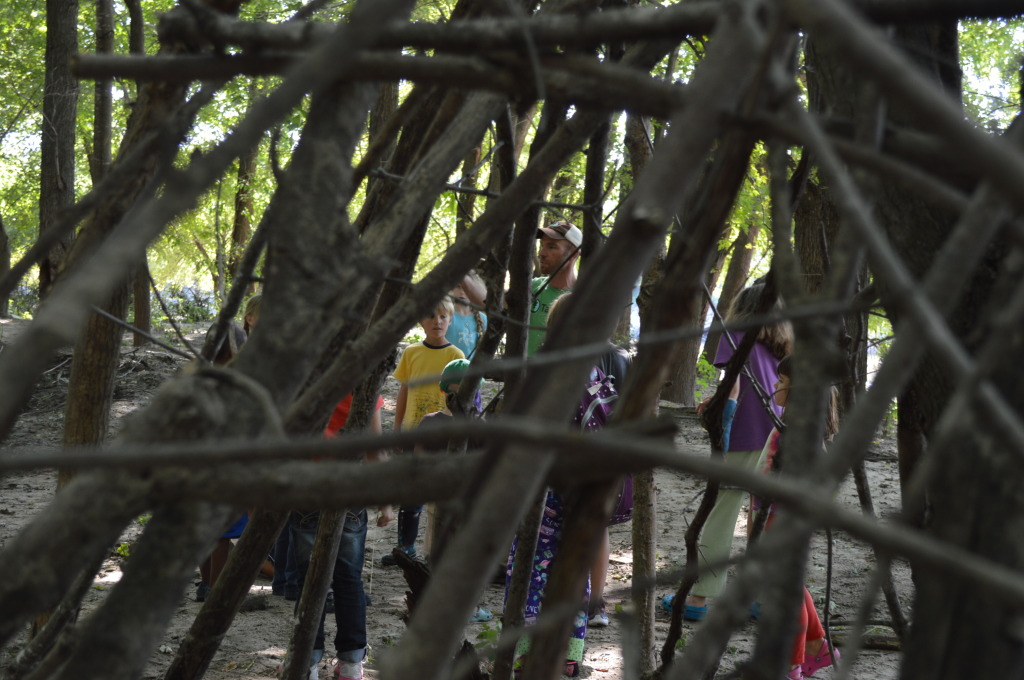 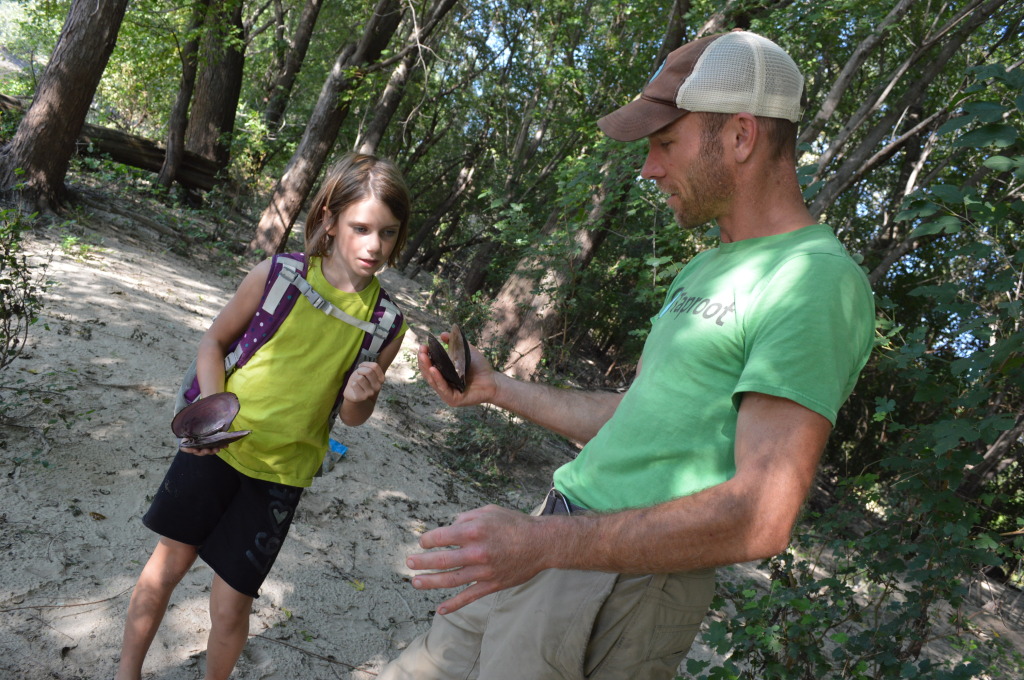 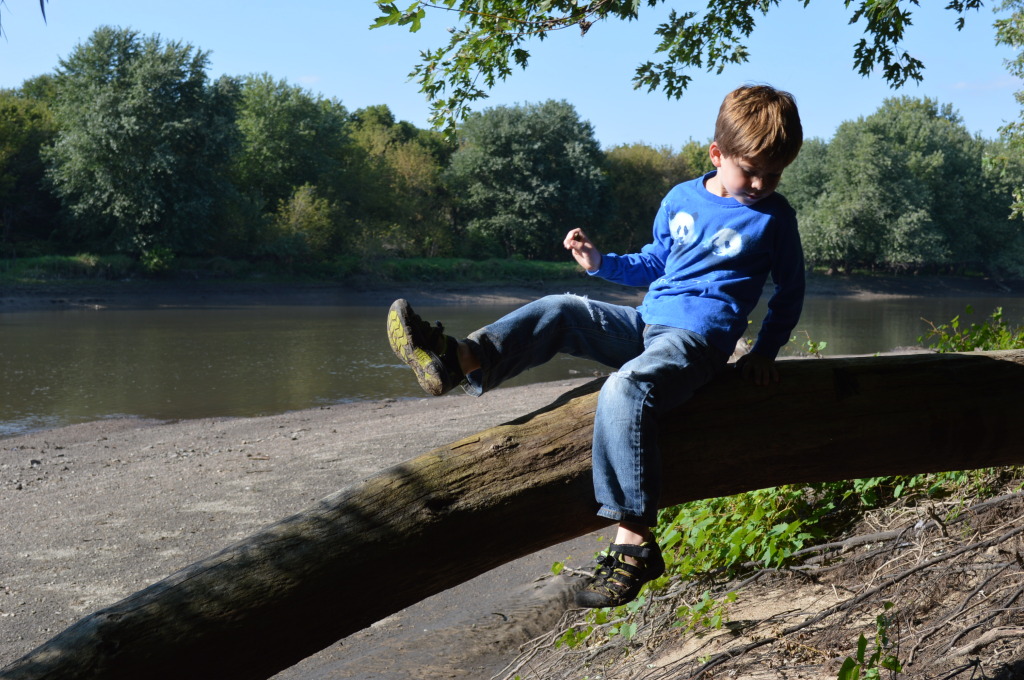 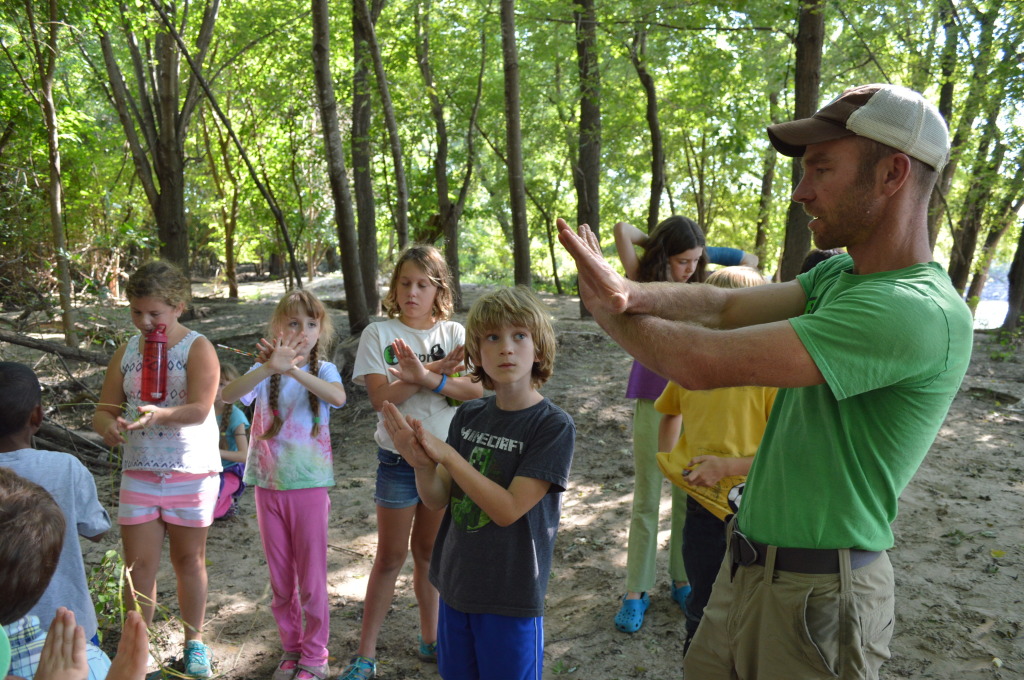