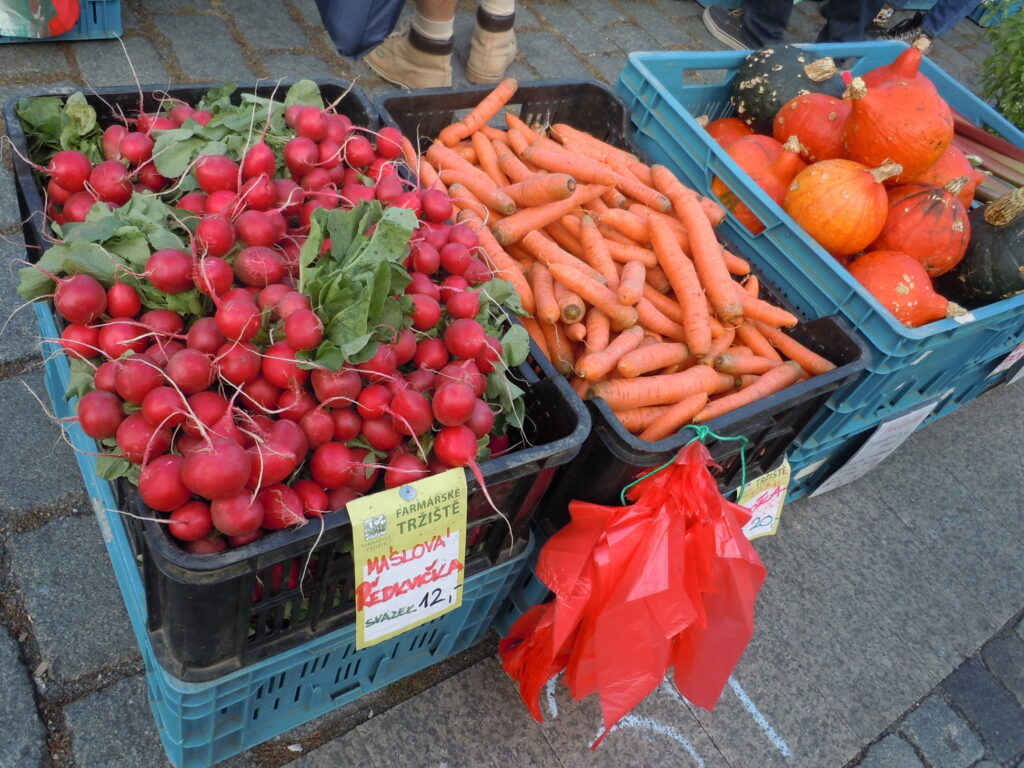 Vegetables are sold at a street market in the Czech Republic. A Czech legend warns against planting tender vegetables too soon before a potential late-season frost. (photo/Cindy Hadish)

Even in May, we could still experience a night or two of frost, as noted in a Czech tale brought to the United States by immigrants.

According to the Three Kings legend, the three kings or saints – Pankrac on May 12, Servac on May 13 and Bonifac on May 14 – were frozen when temperatures dropped while they were fishing at sea.

On May 15, St. Zofie came along with a kettle of hot water to thaw out the three frozen kings.

In Iowa, it’s a good idea to wait until May 15 to plant your tomatoes, peppers and other tender vegetables and flowers outside, or at least provide them with protection in case overnight temperatures drop below freezing.

Perennials can be planted before the last average frost date, which is often even preferable before the heat of summer hits.