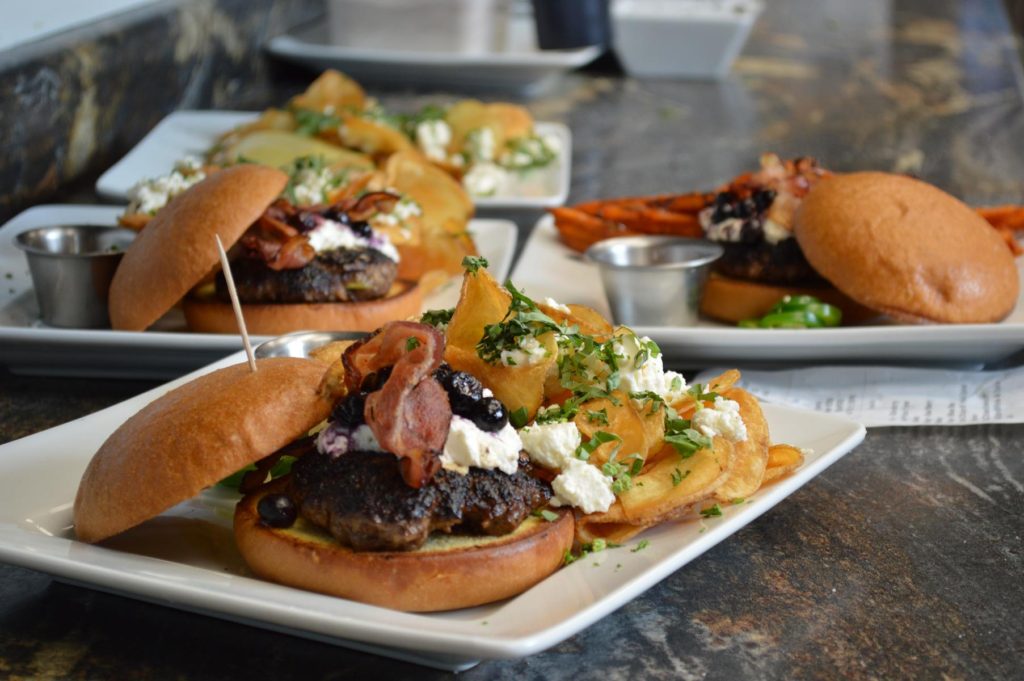 Burgers with unusual toppings, including blueberries, were among the popular menu items at the original Bata’s Restaurant in Cedar Rapids, Iowa. (photo/Cindy Hadish)

CEDAR RAPIDS – As I mourned the closing of my favorite retail store in New Bohemia, the New Bo Mercantile and Vintage Shop, I thought, at least the district still has a few eating places with that authentic vibe.

Just yesterday, though, word came out that Betas Restaurant, 1006 Third St. SE, which opened as Báta’s in 2012, had closed its doors.

Owner Joel Kane noted in a Facebook post Dec. 29, 2017, that “all good things must come to an end,” but that he would be opening a restaurant elsewhere. Other messages cited his forthcoming location in the Uptown District in Marion. 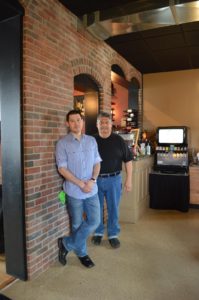 My connection to Báta’s goes back to the aftermath of the 2008 flood, when decisions were being made to demolish buildings in the district. I was able to tour the Suchy Building, where Báta’s eventually opened.

That authentic character attracted father and son duo, Tony and Nick Bata, who opened their restaurant in 2012.

“We knew this was the right place for us,” Tony Bata, a physicist by education and chief information officer in Coe College’s information technology department, told me for an article published in Edible Iowa River Valley magazine on the fifth anniversary of the floods.

His son, Nick Bata, had worked as a personal trainer and operated Kaffein, a coffee shop in the neighboring Cherry Building.

Their Angel Pork Rib Wings, Natural Cut Feta Chips and the popular Blueberry Burger cultivated a loyal following in Cedar Rapids and beyond.

Now, customers are saddened to lose such favorites as the Buffalo Burger with Fried Egg and Kimchi, paired with the sweet potato fries, which one fan described as “the only meal I have ever craved in my life.” 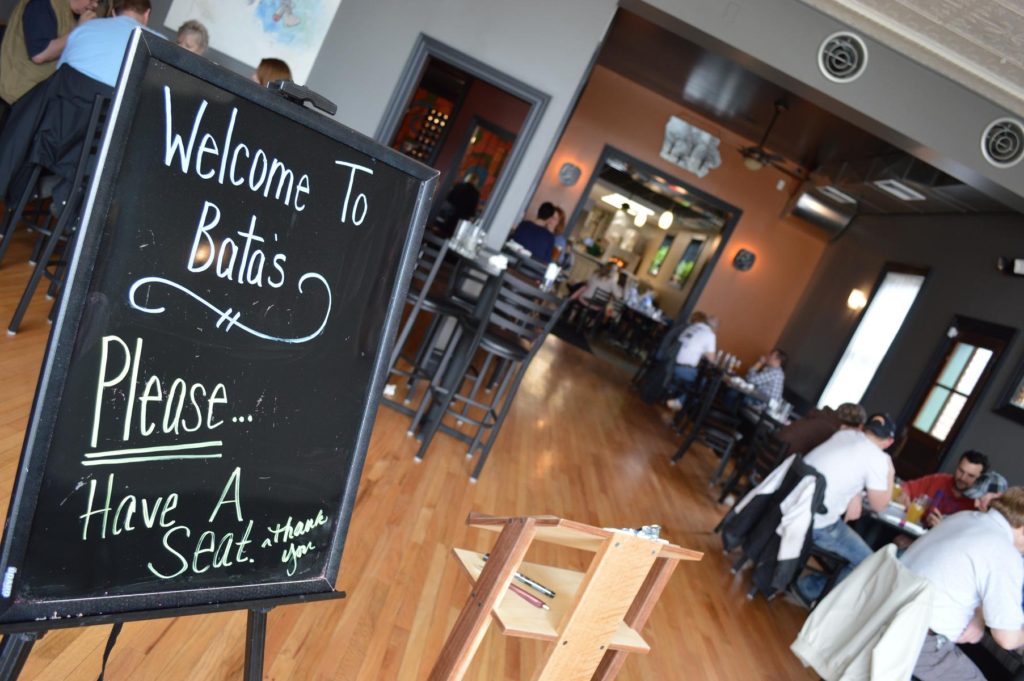