Finding retired Sen. Harkin out on the farm and the future of Iowa in the U.S. Senate 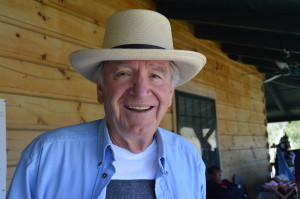 On a freelance assignment this weekend on a farm in western Iowa, I bumped into former U.S. Sen. Tom Harkin, looking rather refreshed after being retired since the end of his term in January.

Harkin last month endorsed Hillary Clinton for the Democratic nomination for president and wasn’t back-tracking on his decision.

“I’m basically out of politics,” he told me, “but due to our longstanding friendship and loyalty, I’ve endorsed Hillary Clinton.”

Since he retired from the Senate, where he represented Iowa for 30 years, Harkin, now 75, took off three months to relax – something he said he had never done before in his life – and went on a family trip to Slovenia, the homeland of his late mother. 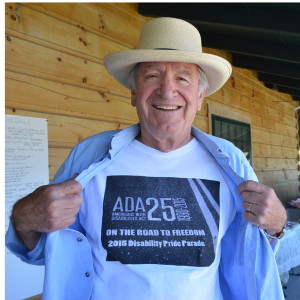 He also celebrated the 25th anniversary of the Americans with Disabilities Act, legislation that he introduced, in stops throughout the country. Harkin was proudly wearing an ADA shirt when I saw him in Harrison County.

The impromptu meeting with Harkin came just before state Sen. Rob Hogg, D-Cedar Rapids, announced his intentions to run for the U.S. Senate in 2016.

If he secures the nomination, Hogg would face Republican Sen. Chuck Grassley, who was first elected to the U.S. Senate in 1980 and will turn 83 in 2016, with no plans to retire.

One of Hogg’s hallmarks has been his environmental work. He published a book about climate change that I reviewed when it was first released. You can find the review here.