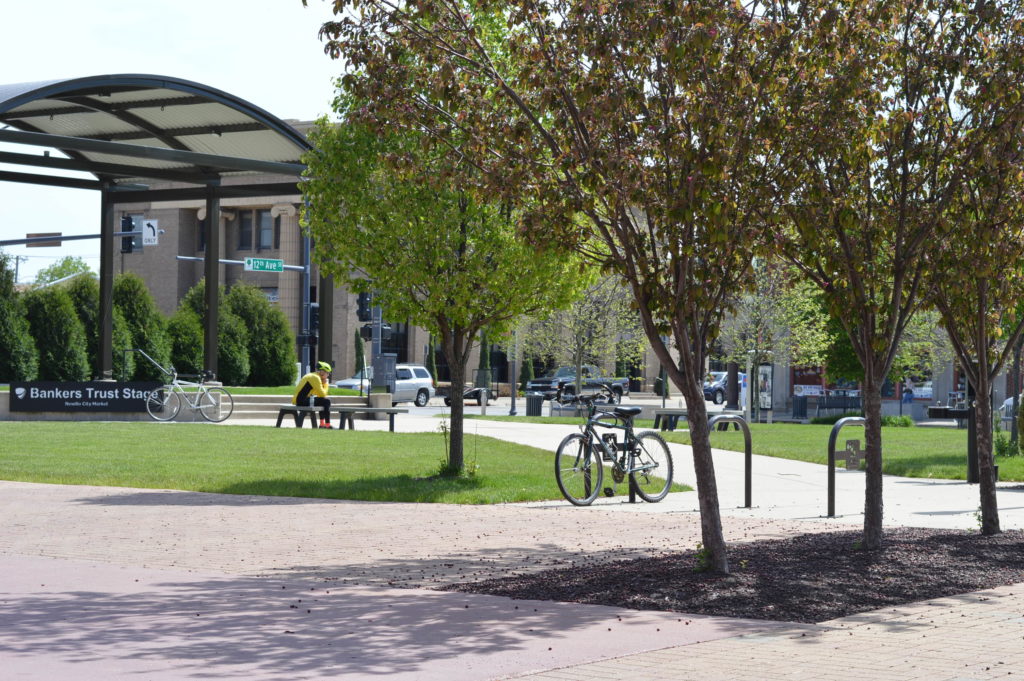 A cyclist takes a break outside of NewBo City Market in Cedar Rapids, Iowa, one of many businesses that have reopened in the state. (photo/Cindy Hadish)

Less than three months after reporting its first presumptive positive cases of COVID-19, Iowa has hit another dark milestone, with more than 20,000 confirmed cases.

In the same 24-hour period, Iowa reported an additional 21 COVID-19 deaths, with a total of 560 Iowans now dead from the novel coronavirus. The first COVID-19 death in Iowa was reported March 24.

The June 2 number is one of the highest single-day death tolls reported since the start of the pandemic.

Many of the deaths have been tied to outbreaks at long-term care centers.

As of June 2, those outbreaks increased to 41 statewide, with 266 deaths. Some of the nursing homes no longer are considered outbreak sites, such as Heritage Specialty Care in Cedar Rapids.

On its coronavirus website as of June 2, Iowa also reported 327 patients hospitalized with COVID-19; 114 patients in intensive care units and 76 on ventilators.

Governor Kim Reynolds allowed businesses to partially begin reopening May 1 in some areas of the state and has reiterated that Iowa can’t prioritize “lives over livelihoods,” a statement she repeated at her press conference on Tuesday, June 2.

Reynolds addressed a reporter’s question about health officials’ concerns regarding large gatherings in response to the death of George Floyd at the hands of Minneapolis police last week, by saying Iowans for the most part are being responsible and she will continue to look at the data.

As of Monday, June 1, casinos, racetracks, amphitheatres, amusement parks, bowling alleys, outdoor playgrounds and more were allowed to resume at 50 percent capacity, and Iowa is the first state in the nation to permit high school sports to resume as of this week.

Bars, wineries and distilleries were allowed to reopen on May 28 at half-capacity, following restaurants and other businesses that had gradually been permitted to reopen throughout the state since the first of May.