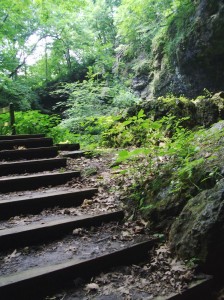 The Iowa Department of Public Health reported two firsts on Wednesday, June 17, 2020: the first West Nile virus case of the season and the first-ever Heartland virus reported in Iowa.

West Nile virus is a mosquito-borne disease that has been present in Iowa for more than a decade, while the Heartland virus is carried by ticks and has never previously been reported in the state.

More: How to avoid tick bites

The two cases prompted a warning from health officials to guard against the bites of both.

Learn more in the announcement from the Iowa Department of Public Health:

The Iowa Department of Public Health announced today that it has received the first reported case of neuroinvasive West Nile Virus this season. The case was confirmed by the State Hygienic Laboratory and is an adult (18 to 40 years old) from Polk County.

In addition, IDPH has received its first ever report of Heartland virus. The individual is an older adult (61 to 80 years old) in Appanoose County. Heartland virus is a Phlebovirus that is thought to be transmitted by the Lone Star tick and was first discovered in 2009 in Missouri. Since then, cases have expanded across the Midwestern and southern United States. Symptoms include fever, fatigue, anorexia, nausea and diarrhea and treatment is supportive care.

“These reports are an important reminder that as Iowans take advantage of outdoor activities, they should take precautions to prevent tick and mosquito bites,” said IDPH Deputy State Epidemiologist and Public Health Veterinarian, Dr. Ann Garvey.

The best way to prevent tick and mosquito-borne illnesses like West Nile and Heartland viruses is to:

— Use insect repellent with DEET, picaridin, IR3535, or oil of lemon eucalyptus. Always read the repellent label and consult with a health care provider if you have questions when using these types of products for children. For example, DEET should not be used on infants less than 2 months old and oil of lemon eucalyptus should not be used on children under 3 years old.
— Avoid outdoor activities at dusk and dawn when mosquitoes are most active.
— Wear long-sleeved shirts, pants, shoes, and socks whenever possible outdoors.
— Eliminate standing water around the home because that’s where mosquitoes lay eggs. Empty water from buckets, cans, pool covers and pet water dishes. Change water in bird baths every three to four days.
— Stay on trails when walking or hiking and avoid high grass.
— After each day spent in tick-infested areas, check yourself, your children, and your pets for ticks. Promptly remove any attached tick.