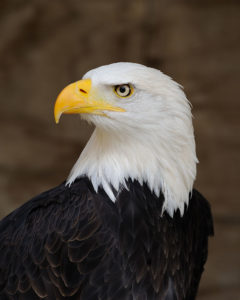 Even as the bald eagle population has rebounded in Iowa and elsewhere, the bird remains a protected species.

The Iowa Department of Natural Resources is seeking information on the death of one bald eagle near Des Moines.

The search continues for the party responsible for the death of a bald eagle discovered Jan. 25, in Yellow Banks County Park, on the southeast side of Des Moines.

Officials with the Iowa Department of Natural Resources believe the eagle was killed sometime around the first week of January. The condition of the eagle’s remains made it difficult to place the exact time and manner of death, but damage to its legs are consistent from being shot with bird shot.

“We received a lot of good information from the public, including information that led us to an individual who was in possession of bald eagle talons that we believe came from the Yellow Banks eagle, but we have not found the individual responsible for the raptor’s death,” said Nate Anderson, state conservation officer with the Iowa Department of Natural Resources.

Anderson issued a citation for illegal possession of a protected nongame animal to Mitchell Hoyt, 27, from Runnells, on Feb. 4, 2017. Hoyt pleaded guilty in Polk County Court and paid $195 fine on Feb. 22.

“We continue to follow leads wherever they take us and hopefully we will catch the individual or individuals responsible for this,” Anderson said.

Anyone with information is encouraged to use the Turn in Poachers website at www.iowadnr.gov/tip or by calling the hotline at 1-800-532-2020. Information can be left anonymously.

Bald eagles are a state and federally protected species.