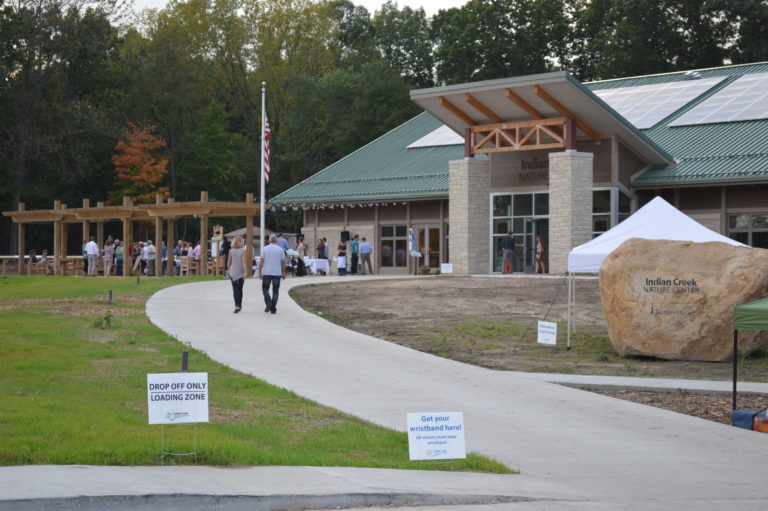 Read more from the Nature Center:

The eight-acre property was part of a 35-acre land donation from Carleen Grandon to Indian Creek Nature Center in 2010. Mrs. Grandon encouraged Indian Creek Nature Center to sell the land and use the proceeds as a gift to support the organization’s mission. ICNC Board President Brooke Fitzgerald shared, “The board had a long discussion on the proper use of the property and after examining many possibilities we concluded that the best use of 27 of the 35 acres was to protect it from development, tree removal, and habitat destruction forever.” 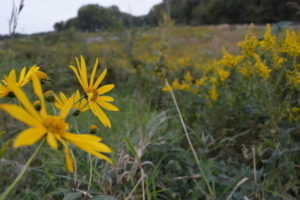 The remaining eight acres adjoining Highway 100, which were just sold, have low ecological value. Part of this property was a nine-hole golf course, and as late as the 1990s most of the land was a large clearing with no trees. Since then, undesirable tree species and invasive, brushy undergrowth have invaded the site. ICNC Executive Director John Myers stated, “Given the poor ecological value, the board of directors decided that the best use of the eight acres is to sell it to a commercial buyer and place the proceeds into Indian Creek Nature Center’s endowment to ensure the organization’s future success.”

Indian Creek Nature Center will invest $700,000 of the land sale into an endowed fund at the Greater Cedar Rapids Community Foundation, where the money will grow and provide an annual distribution to support the Nature Center’s operating budget. The remaining amount will be split into two areas. First, $200,000 will be invested in the construction of a 50’ x 100’ land protection workshop near Amazing Space and the remaining $100,000 will be deposited into the Nature Center’s cash reserves.

Mrs. Grandon and her late husband, Dr. Eugene Grandon, used the property as a quiet rural retreat in the midst of the metro area. The land is oddly shaped and borders Highway 100 and the back side of Slumberland, Gordman’s and Home Depot. A long strip of woodland extends south across Indian Creek. 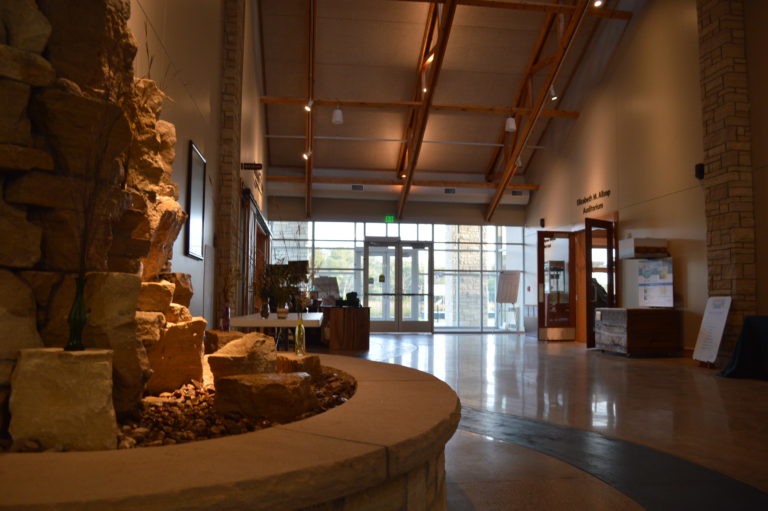