Man thrown from high-speed snowmobile; truck breaks through ice, both at Clear Lake 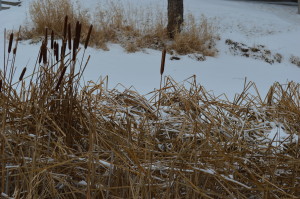 Even in the dead of winter, people are enjoying the outdoors in Iowa, but the following accident reports this weekend from the Iowa Department of Natural Resources point to the need to be careful, especially around ice:

CLEAR LAKE – A Minnesota man was injured Saturday during a snowmobile event at Clear Lake. Tyler Hall, 29, of Twin Lakes, MN, was completing a timed radar run at the Jack Helgren Memorial Race near Clear Lake State Park when he lost control of the snowmobile he was operating at approximately 11 a.m. Saturday.

Hall had just completed his run at 75 miles per hour when his snowmobile veered and hit a snow drift, ejecting him from the sled. He slid approximately 100 feet on the ice after landing.

Hall, who suffered a broken collar bone, was wearing a helmet. He was transported to Mercy Medical Center North Iowa by Clear Lake Fire and Rescue where he was being held overnight for observation.

Christopher Cash, 40, was driving eastbound on Clear Lake at approximately 4:30 p.m. Friday when the 2004 Chevrolet pickup broke through the ice about 450 feet west of Dodge’s Point. Both Cash and a passenger, 24-year-old Branden Schare, of Clear Lake, were both able to safely get out of the truck before it sunk.

It is expected that the truck will be removed from Clear Lake early next week.

“Evidently the high winds we have had hitting the open water around the aerators caused wave action under the ice along a seam creating a soft spot,” said Ben Bergman, a conservation officer for the DNR.

With the high winds and open water from the aerators, Bergman said ice conditions can be unpredictable.

“People driving on the ice need to pay attention to the wind speed and direction. Ice conditions can change drastically in a 24-hour period,” said Bergman.