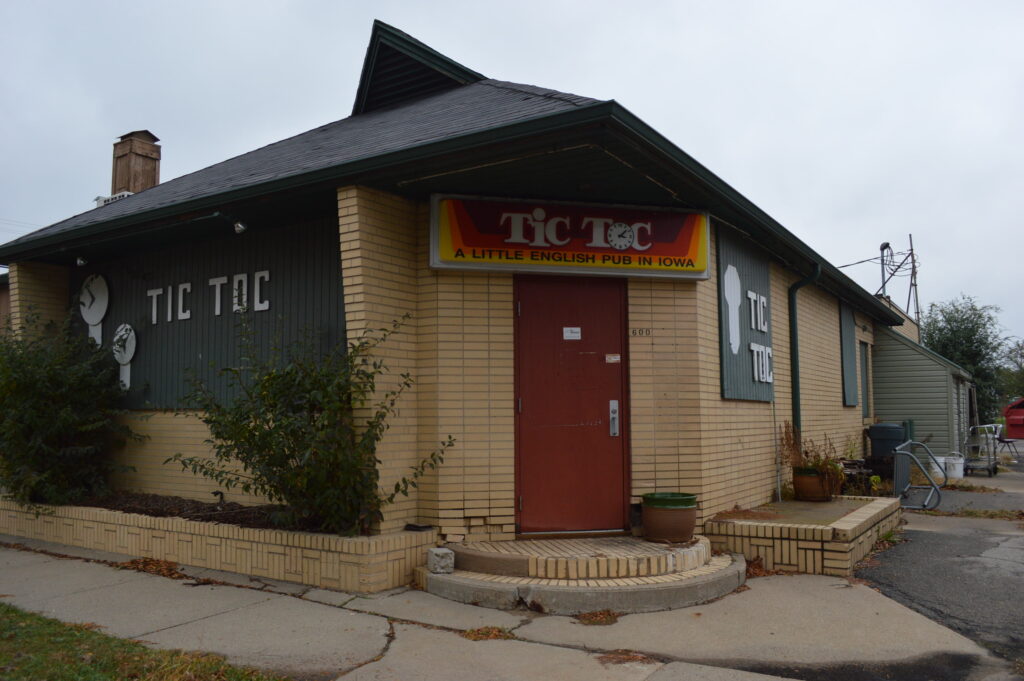 The Tic Toc, 600 17th St. NE, is shown in 2016. The beloved Cedar Rapids restaurant and pub is reopening after a lapse of several years. (photo/Cindy Hadish)

CEDAR RAPIDS — Longtime customers of the Tic Toc are cheering news that the beloved neighborhood restaurant and pub — with a history dating back more than a half-century — is reopening after a lapse of several years. 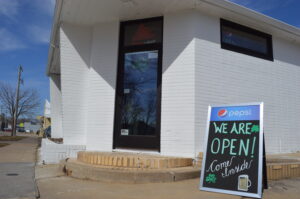 The Tic Toc had a soft opening, with limited menu, on Saturday, March 13, 2021. (photo/Cindy Hadish)

Kory and Candy Nanke, and Kory’s brother, Kevin Nanke, bought the Tic Toc in 2017 and have said they would have opened sooner if not for the coronavirus pandemic, which hit the restaurant industry particularly hard.

They promise to bring back original recipes for hand-breaded mozzarella “logs” and other timeless favorites.

“Please oh please put the fried mushrooms on the menu, served along with a side of cool ranch dressing,” one fan wrote on Tic Toc’s Facebook page. 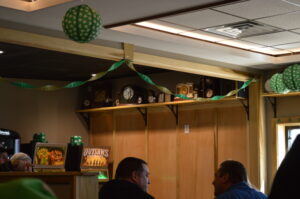 Clocks that line the wall are a throw-back to the original Tic Toc. (photo/Cindy Hadish)

“I so hope you bring back the fresh fried breaded cauliflower & sweet potato fries!!!” wrote another, while some cited the Tic Toc’s onion rings.

In spite of signs recommending masks be worn, Iowa has no mask mandate to limit the spread of COVID-19, and maskless customers could be seen on opening day.

A row of clocks in the newly remodeled space gives a nod to the clock motif featured in the original Tic Toc.

Related: Final photos from the last days of the Marion Maid-Rite

The building that houses the restaurant opened in 1933 as Brittin Grocery & Market.

Owned by Charles Brittin, the grocery store was open through 1942, and after Brittin died in March 1943, the building hit the market, with “modern” five-room living quarters. 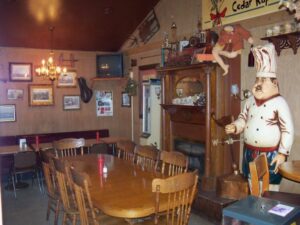 A Facebook photo shows the Tic Toc as it looked in 2010 in Cedar Rapids, Iowa.

Jerry Spryncl, whose family owned several area sandwich shops and restaurants dating back at least to the 1930s — well known for their extra-large tenderloins — bought the building after returning from service in World War II.

More: See photos and plans for the Old Calendar Factory in Washington, Iowa

The restaurant became the Tic Toc in 1964, when it was purchased by John “Jack” Kuncl, featuring menu items such as T-bone steak for $2.25 and shrimp for $1.35, including side dishes. Kuncl and his wife, Catherine, and their nine children operated the Tic Toc for a decade, selling it in 1974 to Karen and Jim Rooney. The Tic Toc changed hands over the years before closing in 2016.

“The stories could go on forever,” said Vince Kuncl, son of the late Jack Kuncl. “All seven of my sisters, along with me and my brother were involved. I have such memories even at a young age.”

See final photos from Smitty’s Shoe Repair in Marion and more from the Tic Toc, below: 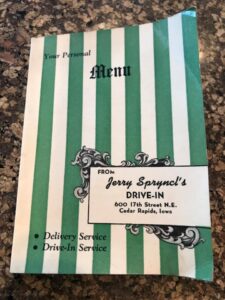 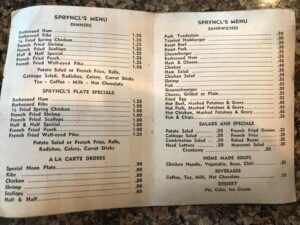 Todd Sabin provided these photos of the original Spryncl’s menu. 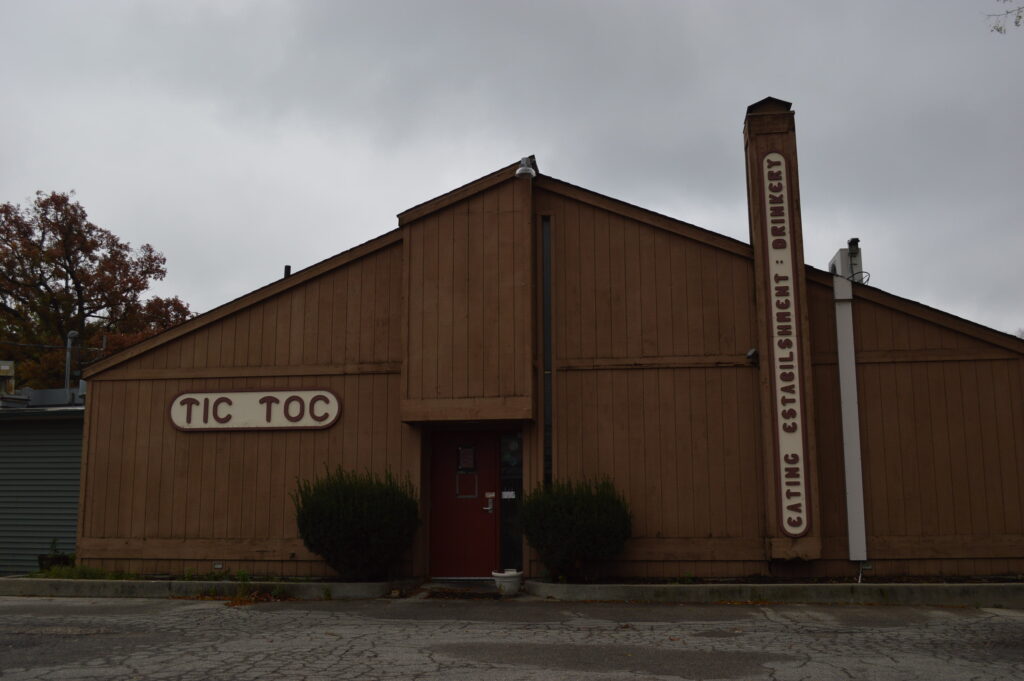 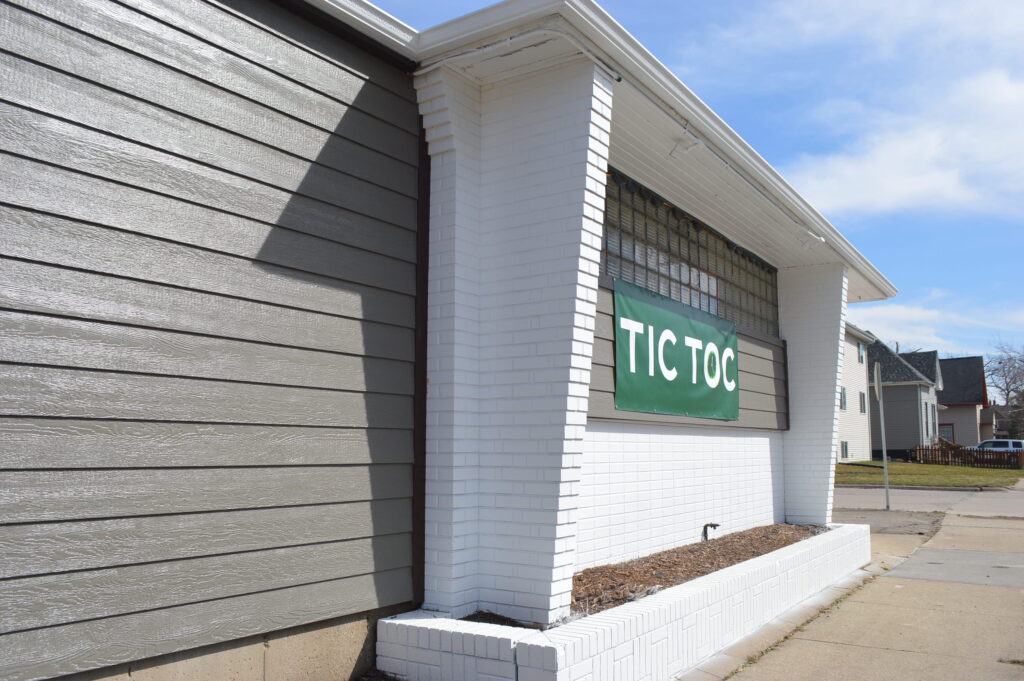 The Tic Toc in Cedar Rapids is shown with a new look in 2021. (photo/Cindy Hadish) 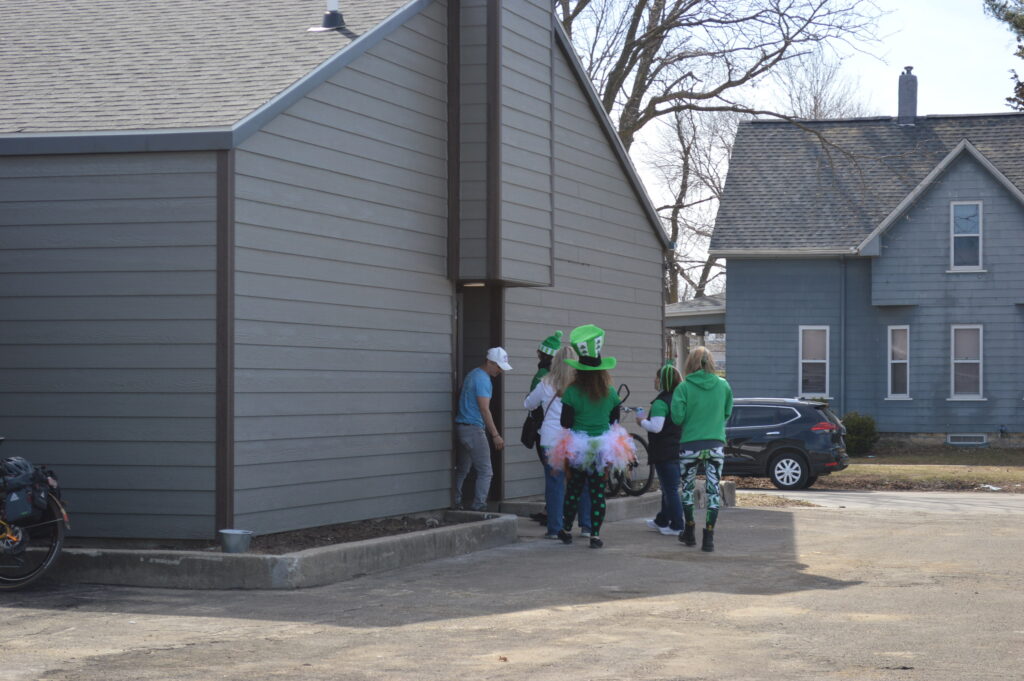 Revelers enter the Tic Toc during its soft opening in 2021. (photo/Cindy Hadish) 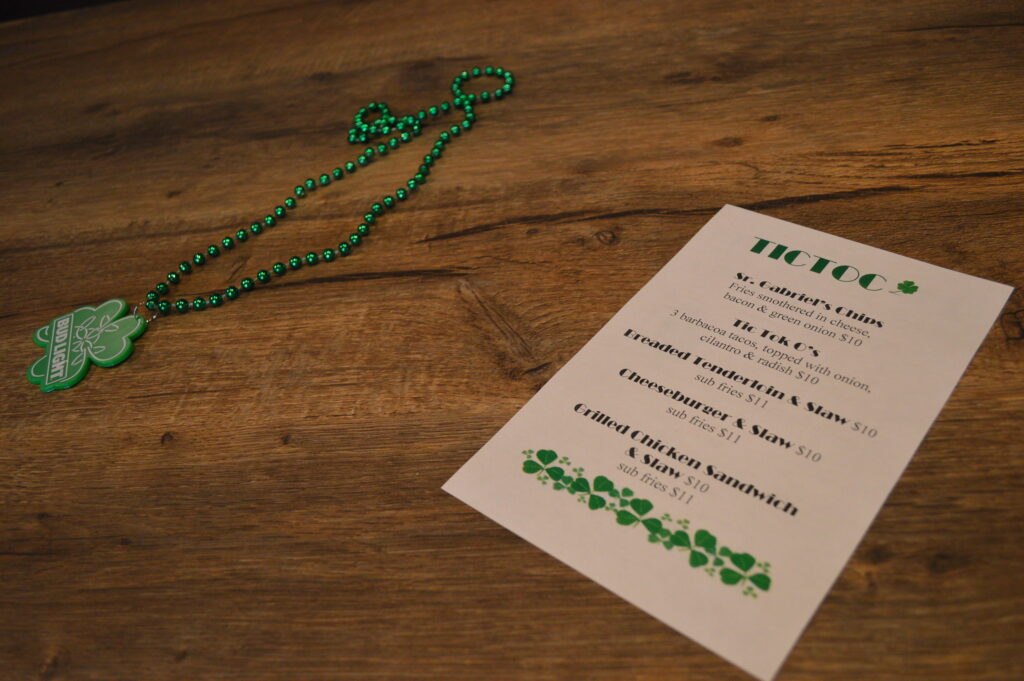 The Tic Toc offers a limited menu for its early reopening. (photo/Cindy Hadish) 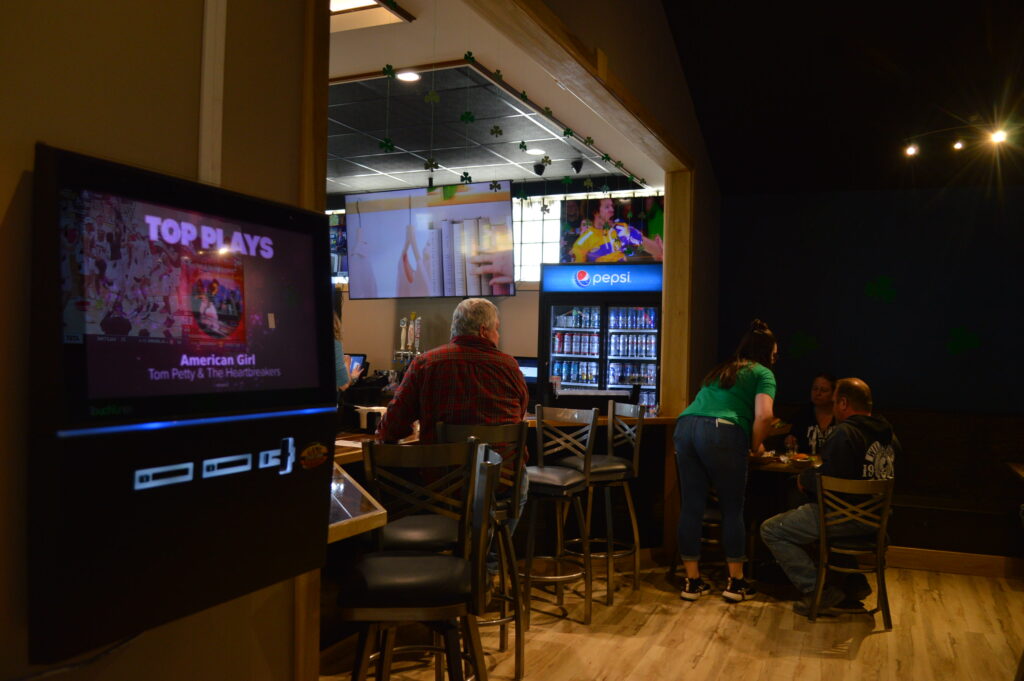 Customers are served during the soft opening of the Tic Toc on March 13, 2021. (photo/Cindy Hadish) 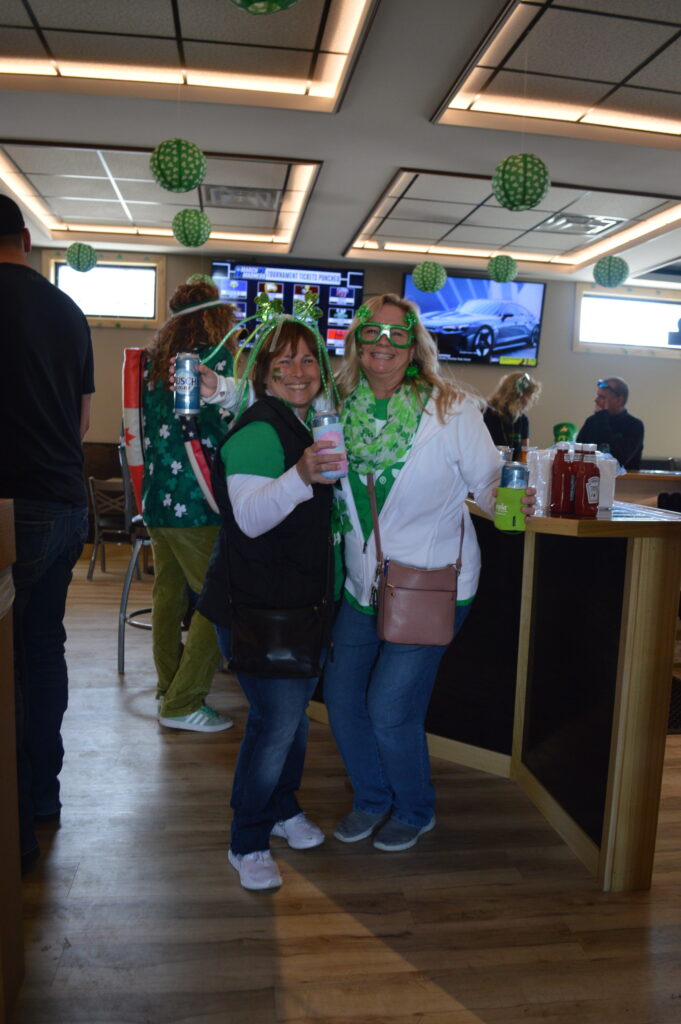 Customers celebrate the opening of the Tic Toc on Saturday, March 13, 2021. (photo/Cindy Hadish)