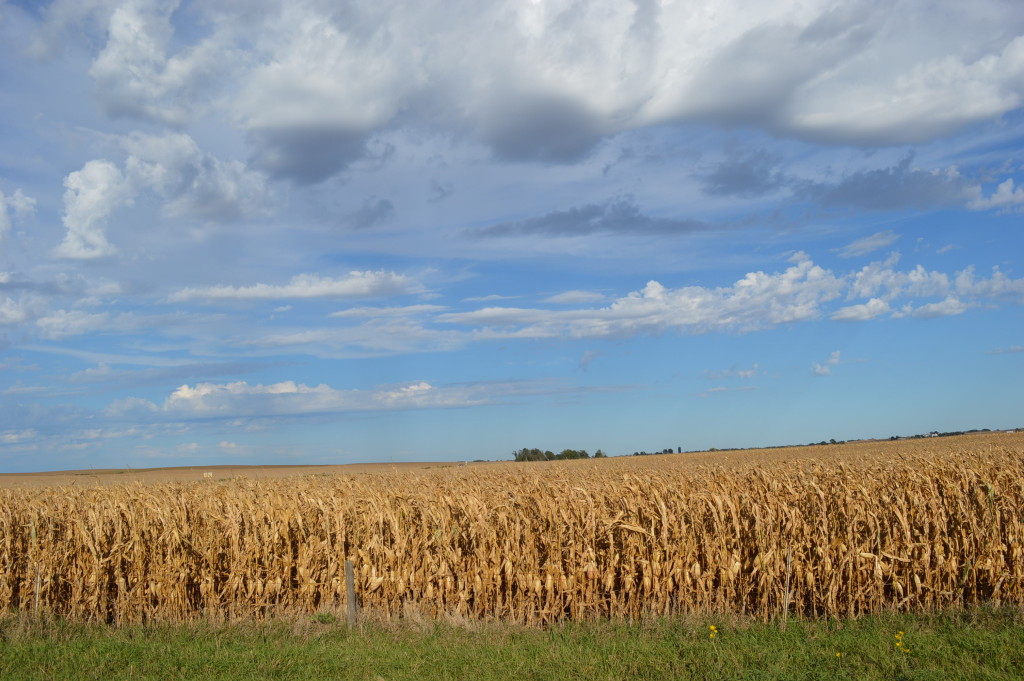 Iowa could shift to crops beyond corn by mid-century, under climate projections in a new study. (photo/Cindy Hadish)

Iowa farmers could grow almonds as a new crop and other less-hardy plants should be able to thrive in the state under a climate study’s projections.

University of Idaho researchers used climate models to assess how the coldest temperature recorded each winter in the United States may change over the next several decades, and what these temperature changes might mean for horticulture.

The study, published in Environmental Research Letters, was funded by Regional Approaches to Climate Change, or REACCH, a U.S. Department of Agriculture National Institute of Food and Agriculture project led by the University of Idaho.

Among the findings, the study shows more than a 6-degree Celsius average temperature increase for Iowa and other upper Midwestern states by mid-century, and a shift in the plant hardiness zones.

The plant hardiness zone for Iowa would move from 5a/5b to 6a/6b.

That temperature increase could allow crops such as almonds to be grown in Iowa, according to the study.

The USDA uses multi-year averages of annual coldest temperature to assign cold hardiness zones. Growers use these zones to gauge which crops will survive in their area.

Researchers predicted the annual coldest temperature will climb in coming years, as will overall average winter temperatures. Other studies have shown that average minimum temperatures have already been showing warming trends over the 20th century, but the new study shows extreme lows will rise faster.

That will result in a widespread change in U.S. hardiness zones in response, said Lauren Parker, a doctoral candidate in geography in the University of Idaho’s College of Science and the study’s lead author.

In some places, such as the Northern Plains, the shift will happen faster than in others, such as along the Pacific coast.

“When farmers are thinking about their long-term planting and management strategies, this would be something to keep in mind,” Parker stated in a news release. “Our projections are for mid-century, so if you’re a young farmer just starting out, by the time you’re passing your farm along to the next generation, if not before, you may be seeing some of these changes.”

Warming of the annual coldest temperatures could allow for an expansion of areas suitable for growing high-value tree crops such as almonds and oranges that are currently limited by cold winter temperatures.

Co-author John Abatzoglou, an associate professor of geography, added that this warming is not all good news, however.

“While warming might allow us to grow cold-intolerant species in new areas, the lack of cold temperatures may also exacerbate problems related to pests and invasive species,” Abatzoglou noted in the news release.

Warming winter temperatures may allow for the over-winter survival of crops, Parker said, but there are many other factors, such as water availability and heat stress, that influence where crops can be cultivated. Ongoing work is seeking to address these factors to provide a better picture of how future climate may shift the geographic distribution of crops.